Our quick & easy cucumber salad is an authentic and traditional recipe from Poland. The popular cold salad is crunchy and creamy thanks to fresh cucumber slices that are tossed in a lemony sour cream dressing.

Travel to Poland by Making Cold Cucumber Salad at Home

What I love most about traveling to Poland is the opportunity to sample unique dishes in each region and city. The Polish dishes you find in cosmopolitan Krakow will be different from those you find in Gdynia on the Baltic Sea or the mountains of Zakopane.

Fun Fact: in Poland they grow a lot of cucumbers! In 2014 Poland produced over 515k tons of the crunchy vegetable. That’s a lot of mizeria and dill pickles!

Where To Eat Polish Cucumber Salad

If you live in a large city in Canada or America you’ll likely have access to a local Eastern European restaurant that serves traditional Polish Cucumber Salad.

Haven’t traveled to Poland before? It may be helpful to first sample Polish Cucumber Salad at a local restaurant to better understand how the dish is served. You can also assess the thickness of the sliced cucumbers, creaminess of the dressing and level of acidity before trying to make it at home from scratch.

What Is Polish Cucumber Salad?

Creamy Cucumber Salad is served cold in Poland and is known to locals as Mizeria. The name translates to “misery’ in Polish. There are two theories behind the name:

The Italian queen is also credited for bringing a greater variety of vegetables and fruit to Poland. The popularity of her Italian imports soon spread beyond the secret garden at Wawel Castle in Krakow. Apparently the Polish word for vegetables means “things from Italy” because of the new plants the Queen brought with her to Poland.

The national Polish side dish is usually served alongside a meaty main course. It is one of the most recognizable salads in Poland, often served alongside other regional and seasonal vegetarian dishes such as potato, beet and carrot.

Best Way To Cut Cumbers For A Cold Salad

The goal of making this easy and creamy cold salad is to cut the cucumber as thinly as possible. Some cooks working under time constraints might even shred the cucumber with a cheese grater, which is perfectly fine as well!

Our favourite method for preparing Polish Cucumber Salad is to use a food processor. Use a thin blade attachment and within seconds an entire cucumber will be transformed into paper-thin slices you can almost see through.

You can also use a mandolin or French knife if you enjoy slicing manually. If slicing cucumbers in your kitchen just remember to use a sturdy cutting board so you don’t slice yourself.

Once the cucumber is sliced you’ll see our recipe below indicates you need to add salt. The addition of salt to sliced fruit or vegetables forces water to retreat from the damaged cell membranes. After letting the cucumber sit in salt for a few minutes you can easily drain it in a colander or with a cheese cloth.

It is said that over 95% of a cucumber is made up of water so letting the fresh slices rest in salt allows a lot of the moisture to leach out. This will ensure the cold cucumber salad is creamy rather than watery.

How To Make Homemade Sour Cream

We’ve used store bought full fat sour cream in this recipe but if you’re keen to get creative in the kitchen you might want to make your own from scratch.

Homemade sour cream is simple to make with an ingredients list that typically includes heavy cream, an acid like lemon juice or vinegar and milk. If you’ve got a carton of cream in your fridge that you’re looking to use up, preparing sour cream is a great way to use it up and incorporate into our Polish cucumber salad.

What To Eat With Creamy Cucumber Salad

Polish Cucumber Salad is as common in Warsaw as ketchup and mustard are in an American kitchen.

When planning a Polish dinner menu it’s important to take note of each dishes texture and flavour profile to ensure the meal is well balanced.

Polish cucumber salad is crunchy thanks to the cucumber and red onion, creamy courtesy of the full-fat sour cream and delightfully herbaceous topped with freshly chopped dill.

Since the cold salad is crunchy and creamy, we suggest pairing it with soft dishes like plump potatox pierogies, cabbage rolls or bigos meat stew. Contrast the salads creamy dressing by serving it with acidic or smoky barbecued entrees.

Ready to prepare our homemade Polish Cucumber Salad recipe? We suggest reading the recipe directions in detail to ensure you understand the step by step process.

The total time to make our recipe is less than 30 minutes. You can easily prepare the dish in advance to make entertaining easy. We suggest slicing the cucumber in the morning and tossing it in salt. Let it rest in the fridge until an hour before you’re hoping to serve your guests.

We’ve used English cucumber in this recipe but you can use any kind of cucumber. Since you peel the cucumber and remove the seeds it doesn’t matter what variety you use. Use whatever is cheap or in season at your local grocery store or farmers market.

If you don’t have any red onion on hand feel free to substitute for sweet vidalia, shallots or regular Spanish cooking onions. You can also add a boost of flavour by complimenting the freshly chopped dill with thinly sliced chives or scallions.

We’ve used full fat sour cream for this recipe as the butter fat offers a rich mouthfeel. If you’re looking to make a low calorie Polish Cucumber Salad feel free to use half sour cream and half Greek yogurt. We suggest using a higher fat yogurt, anywhere from 5-10% milk fat so you’re still able to enjoy a luscious buttery sensation in the mouth. 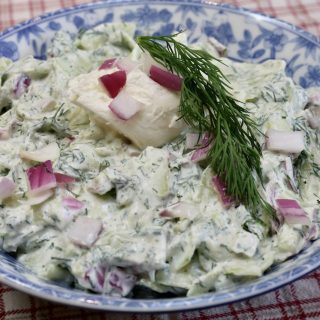 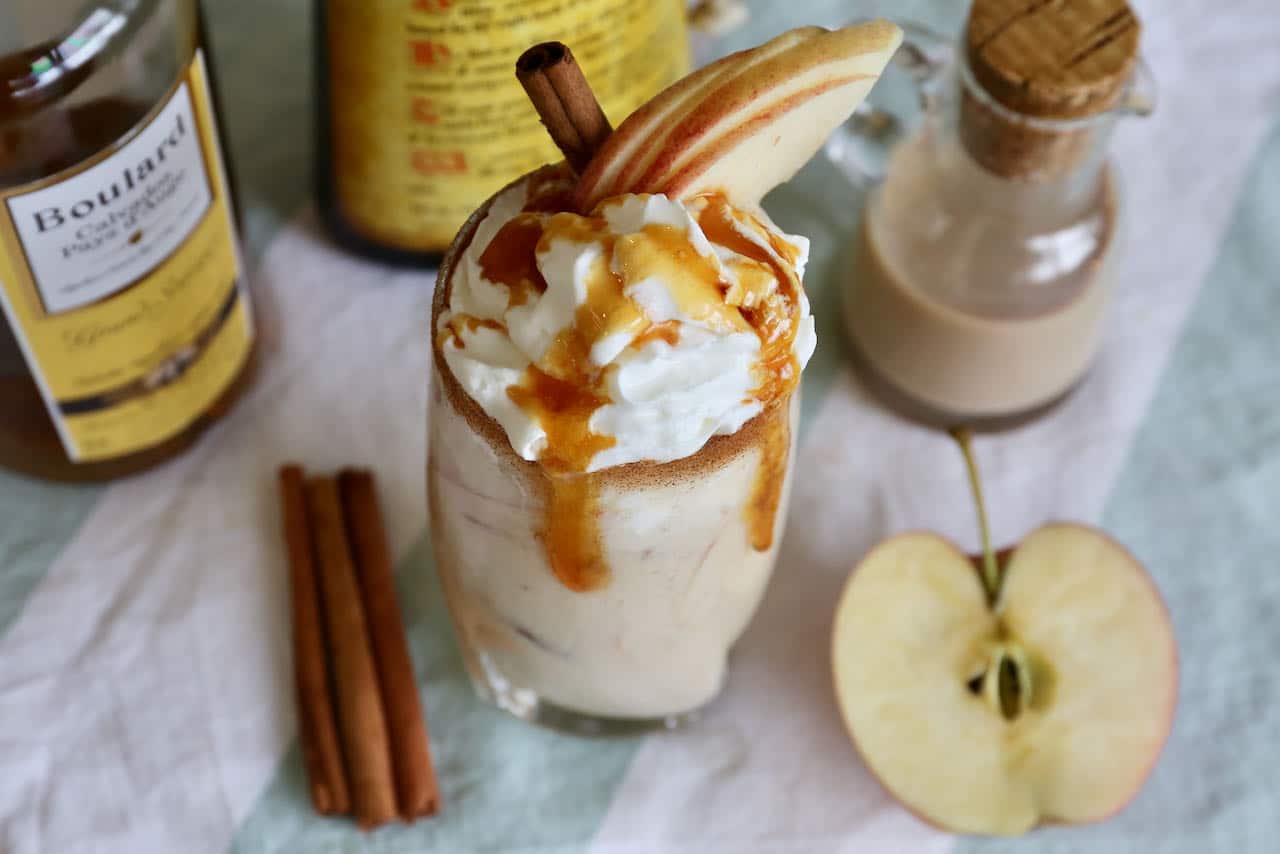