Enjoying its Canadian premiere at the 2019 Toronto International Film Festival, Portrait of a Lady on Fire is at once a tender and searing exploration of love, art, and the culture that surrounds both ideas in the late 1700s France.

Written and directed by acclaimed French filmmaker Celine Sciamma, Portrait of a Lady on Fire follows Marianne, a painter commissioned to do the wedding portrait of Héloïse, a reluctant bride-to-be, without her knowing.

Played by newcomer Noémie Merlant, there’s an inquisitive independence at the core of Marianne, while Adèle Haenel as Héloïse is fiercely loving – and her character arc is fully realized. As the duo begins a relationship in secret, questions of moral freedom, sexuality, and societal shackles ultimately pull them in different directions.

Portrait of a Lady on Fire Review

Debuting at the 2019 Cannes Film Festival, Portrait of a Lady on Fire won the Queer Palm award, with Sciamma becoming the first female director to win the award, as well as an award for best screenplay.

Sciamma’s attention to detail is astonishing—alongside Costume Designer costume Dorothée Guiraud—the film gives “One uniform per character, which is something that Guiraud and I focused on,” said Sciamma. “It’s a form of tailor-made characterization and we have to deal with costume politics more than ever. The choice of cuts and materials – in particular, their weight – engages at one and the same time the sociology of the character, historical truth and the performance of physically constrained actresses,” Sciamma said.

For example, with Marianne, Sciamma believed she “Should have pockets, for example. For her general attitude, but also because pockets for women would be banned at the end of the century and vanish. I like the idea of this silhouette, so modern, which is rehabilitated as if revived,” Sciamma said.

Set against the severe-looking countryside, and bare nature of the mansion in which Héloïse resides, the clothing throughout the film is intricate and beautiful. Swaths of green and blue permeate the scenes as Marianne and Héloïse dance around each other figuratively and literally. It adds to welcome flourish to a relatively pale film.

This authenticity extends to the scenes of Marianne painting, in which Sciamma “Wanted to show the character at work, with all the different layers. And it was necessary to invent her paintings. I wanted to work with an artist rather than with copyists. I wanted her to be the same age as the character. A 30-year-old painter working today,” she said.

In order to achieve that Sciamma worked with painter Hélène Delmaire, who has classical training in oil painting and was fairly experienced in 19th-century techniques. “We focused on this dual issue, that of the creation of the paintings and their execution in the film. How to film them and in what time frame. We shot different stages in the work and only in sequence shots. The decision to avoid all dissolves helps form the structure. We chose the real-time of the painter’s gestures and their rhythm rather than the synthesis offered by editing,” Sciamma said.

The popular gay TIFF film revolves primarily around Marianne and Merlant, as they’re on screen for pretty much every scene. We watch her approach the island Héloïse is living on with one perspective; an ingrained way of living as an artist that is shaken to its core upon meeting her eventual muse. As the duo feel each other out, the conversations evolve into ruminations on restriction – and why both their lives in every aspect, are restricted due to the very nature of who they are.

Portrait of a Lady on Fire is a quiet love story that walks us through the pleasant idolatries and painful confusion that often resemble falling in love. The sweet beginnings where the pedestal is seen but not recognized and the eventual painful realization that life exists beyond Marianne and Héloïse’ moment to moment yearnings.

It was my initial desire to shoot a love story. With two apparently contradictory wishes underlying the writing. Firstly, to show, step by step, what it is like to fall in love, the pure present and pleasure of it,” Sciamma said. “There, the direction focuses on confusion, hesitation and the romantic exchange. Secondly, to write the story of the echo of a love affair, of how it lives on within us in all its scope,” she said.

But more interestingly, Sciamma wanted to create a love story based on equality. One not based on hierarchies or inherent class values, but by “Relationships of power and seduction that exist before the encounter. The feeling of a dialogue that is being invented and that surprises us. The whole film is governed by this principle in the relationships between the characters,” Sciamma said. “I wanted solidarity and honesty between the characters.”

As one of the darlings of TIFF 2019, Portrait of a Lady on Fire is easily one of the best films of the year. Its tender simplicity is anchored by two fantastic performances, a quiet script that leaves room for reflection and stark, pale cinematography that anchors the film’s imagery.

While France didn’t select Portrait of a Lady on Fire as its contender for Best Foreign Film at the Oscars (for some strange reason), it’s still one our of must-see films of the year.

Portrait of a Lady on on Fire 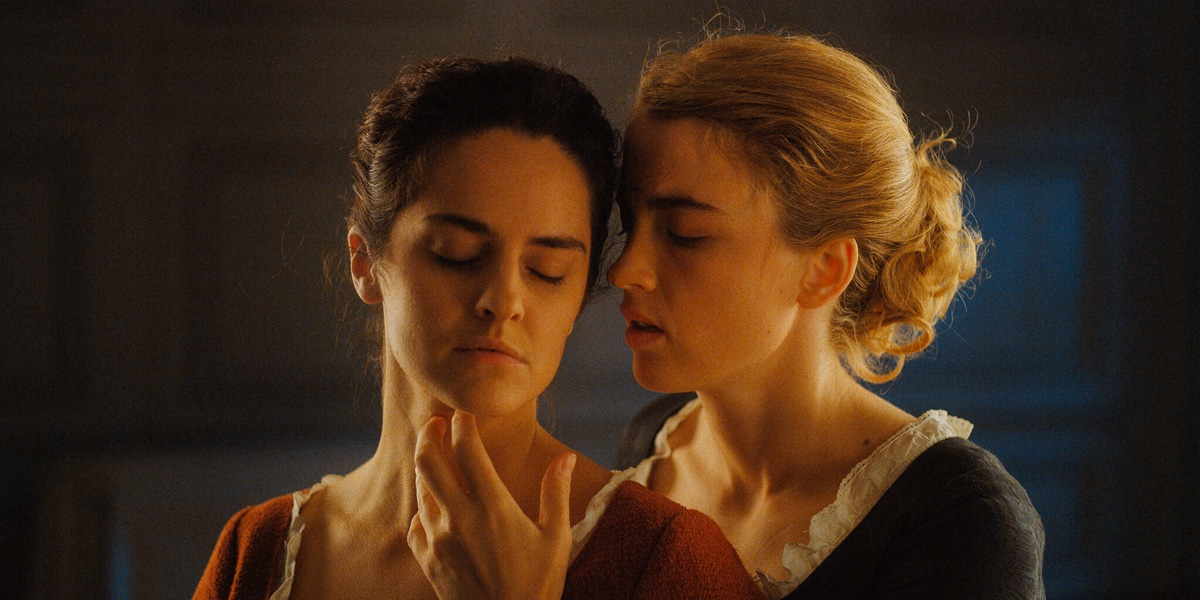 Hired to paint a portrait ahead of a prospective marriage, an artist in 18th-century Brittany finds herself falling for the reclusive would-be bride, in the Cannes Queer Palm–winning fourth feature from writer-director Céline Sciamma.