A snow storm roars through the Hautes-Pyrénées mountains in rural France. Students head to school and parents go to work. In the evening, some recite their poetry assignment while others sip wine to keep warm around the dinner table.

It’s during this blizzard that we first meet Thomas (Corentin Fila) who we find hiking through the mountains on his daily 2-hour trek to school. Thomas is an adopted child who is isolated from his peers. He spends his free time living and working on his parents’ cattle farm where he works tirelessly; juggling homework, chores in the barn and tending to his mother who is sick in bed.

During gym class Thomas is picked last for the dodgeball team. So is Damien (Kacey Mottet Klein), a sensitive and intelligent boy who puts on a defiant attitude at school to fend off bullies. As the story unfolds we realize the two boys lives couldn’t be any more different. 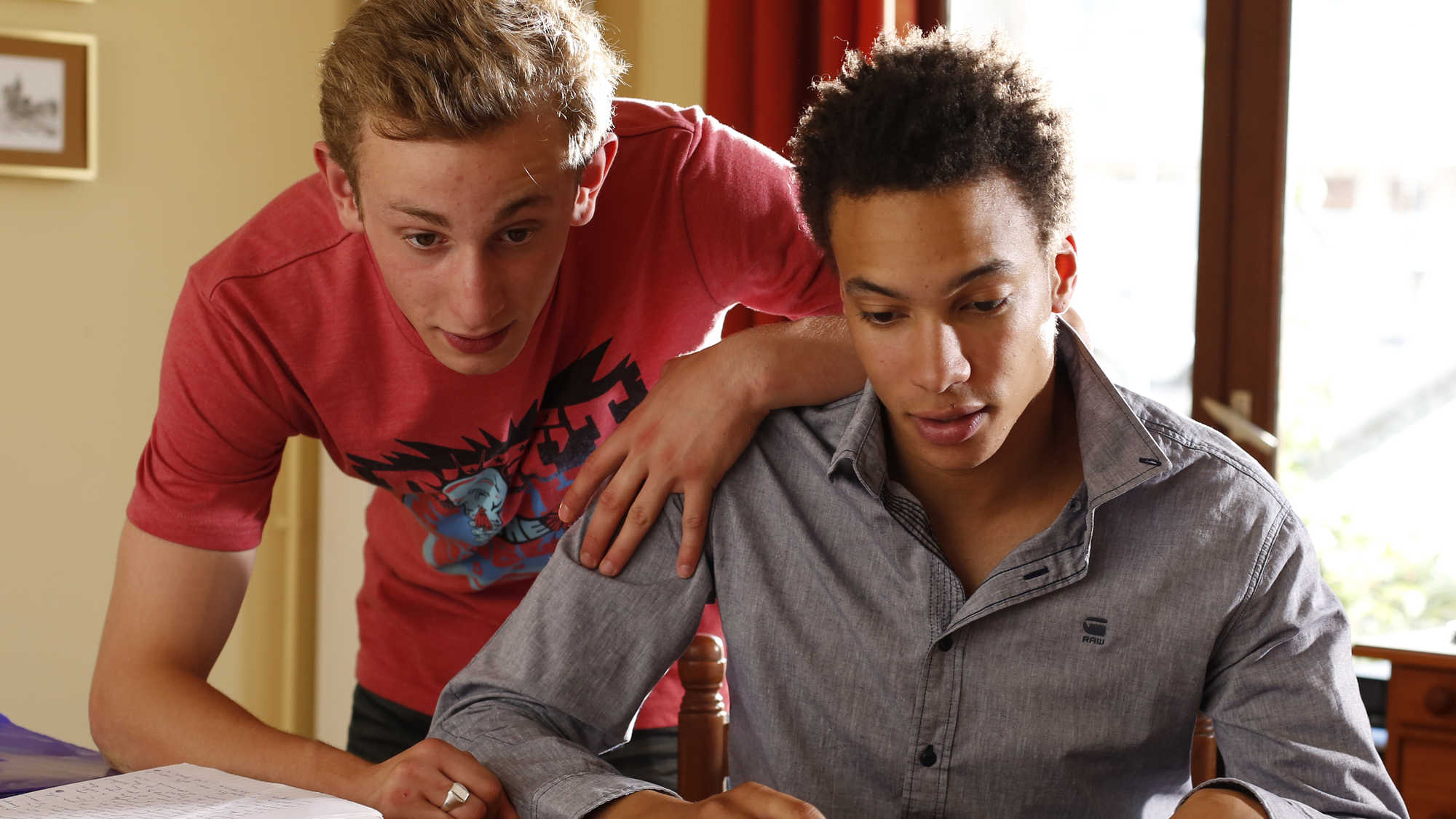 Damien’s mother Marianne (Sandrine Kiberlain) is a well respected physician who pampers her son while his father is absent most of the year because of his military obligations overseas. One gets an immediate sense the trio love each other deeply, enjoying regular family Skype sessions which keep all three of them connected.

From the get go, it is clear that Thomas and Damien have an unexplained visceral hatred for each other. The intense tension between the boys is palpable. It constantly seeks to escape as they push, trip and embarrass each other in front of their classmates. They constantly fire each other threatening looks across the classroom, aggressively attacking each other whenever they get a chance.

One day, serendipity brings Marianne to tend to Thomas’ sick mother Christine. Marianne instantly develops a fondness for Thomas. After is decided that Christine must move to the hospital (we discover she’s pregnant), she invites the young man to come live in her home. Totally oblivious to her son’s rivalry with the farm boy. 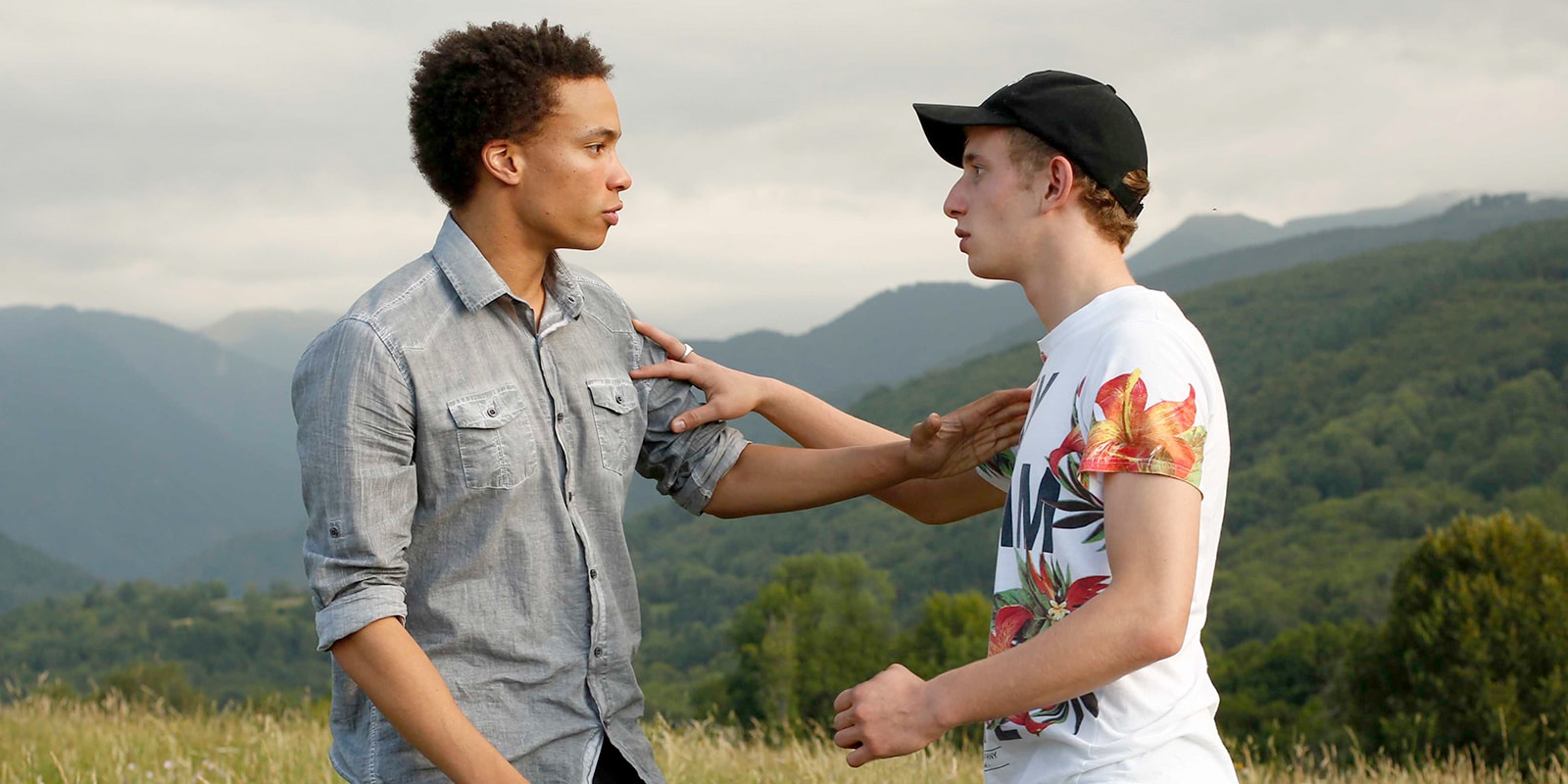 Damien and Thomas, enemies on the playground, now find themselves living down the hallway from each other. They keep appearances at home but their hatred for each other amplifies while living in such close quarters. At school, things just get worse when violence erupts. When the shocking conflict between the two boys is brought to Marianne’s attention she urges Damien to heal the situation and orders him to bring Thomas to practice wrestling at their neighbour’s house. This creates an outlet for them to let out all of their built up animosity.

In a secret location in the woods, the duo’s hate for each other reaches a climax as they violently attack each other without the prying eyes of their fellow students, teachers or parents. They fight until they can no longer breathe, collapsing into the snow. Both of their bodies are now covered in bruises, which they hide from Marianne for weeks so they can continue to vent their frustrations with their fists.

As their shared anger slowly releases, contention morphs into an unlikely friendship. This contrast between violence and sensitivity makes for a very unique bond that blossoms between our two protagonists. They discover each other, both catalysts for one another’s awakening. Love grows from hate like a lotus flower that sprouts out of the mud.

Damien begins to realize he has been in love with Thomas all along. His internal angst over his sexuality has been the source of the conflicting attraction and fiction between the two. Violent expression becomes tender exploration as the other let’s go and allows for a kiss to begin to grow into a deeper exhibition of love. They become each other’s chaperone into this new territory that is so sacred. The film demonstrates one of the most softhearted love scenes seen in a long time. Love dominates.

Being 17 is a breathtaking film, by distinguished French director André Téchiné which premiered with critical acclaim at this years Berlin International Film Festival. The film borrows its name from Arthur Rimbaud’s poem Roman, “On est pas sérieux, quand on a dix-sept ans,” which translates to “We are not serious when we are 17.”

As beautiful as this line is, Téchiné brings us further by showing that 17 year old adults can indeed be serious, evolving humans with valid feelings: seeking to learn more, torn between feelings of hate, emotional maturing, being capable of great love and compassion. What if we each allowed ourselves to dive into true passionate love for one another without being afraid of what others might think at such an early age? How deeply would we know Love today?

Being 17 screens at TIFF Bell Lightbox on November 18th.