Italian director Luca Guadagnino (I Am Love, A Bigger Splash) has transformed the pages of André Aciman’s 2007 celebrated novel of sexual awakening into the tear-jerking gay romance you’ve been longing for.

Set in the sun-soaked landscape of Northern Italy’s lush Lombardy, Call Me By Your Name at TIFF is a breathtaking tale of timid and tender love. The story is set in the 1980s and begins at the start of summer, as juicy peaches are being plucked from a professors homestead farm. 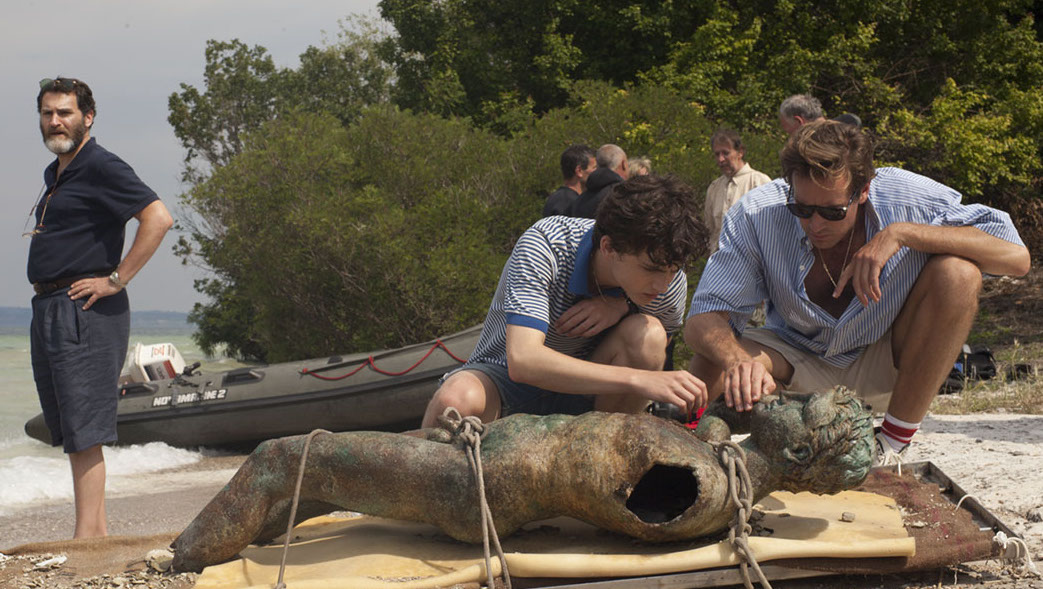 Call Me By Your Name focuses on the relationship between a 17-year old teen on the cusp of adulthood (twinky Elio played by Timothée Chalamet) and his father’s 24-year old American research assistant (hunky Oliver played by Armie Hammer). At first glance both beautiful boys seem to clash, the brainy American acts overly confidant and rubs the young musician the wrong way.

The boys both find female flames that they swoon over that summer but as the two spend more time with each other their friction turns into fascination. Guadagnino brilliantly uses a carefully crafted classical score, subtle camera movements and a revealing wardrobe (it seems in Lombardy at least we can expect men to spend most of their days topless prancing around in their swimsuits) to create a vivid sexual tension for the audience. Fidgeting viewers are bound to breathlessly walk through the blossoming relationship, gripped by the pairs hypnotizing sexual chemistry.

For the films gay audience (which is certain to be huge) the tale will tug at heartstrings. Each of us at some point has had to step out of the closet to explore our most intimate desires, and its Elio’s courageous commitment to seek out Oliver’s interest that ultimately leaves the audience walking away in tears.