Not since shedding tears on Brokeback Mountain over a decade ago have I found myself sitting in a theatre totally consumed by a gay love story. In his freshest film Moonlight, writer-director Barry Jenkins (Medicine for Melancholy) offers up a Miami-based masterpiece which follows one young man’s tumultuous coming of age in South Florida over the course of two decades.

The unforgettable drama touches on the issues of race, sexuality, masculinity, identity, family and love, establishing Jenkins as a major American filmmaker for his ability to capture the pure feeling of longing and heartache playing out over the years.

Featuring a trio of gifted actors (Alex Hibbert, Ashton Sanders, and Trevante Rhodes) inhabiting a single character during three phases of his life, the film is separated into three parts. The audience watches as our protagonist, Chiron grows from an uncertain and tentative boy into a bullied teenager grappling with his sexuality and finally into a grown man. 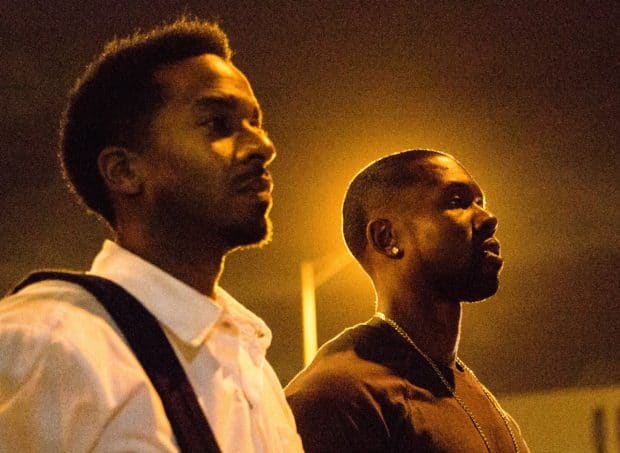 Moonlight may just be the years biggest indie hit, a must-see for gay audiences and allies which is certain to stand tall as a landmark in queer cinema. The film is most refreshing as it takes a tangent from the white gay narrative to focus on the struggles of queer men of colour.

While every member of the LGBT community has their own coming out story to tell, Moonlight shares common themes we can all relate to. The films gay audience will surely see slices of themselves as Chiron’s emotional journey splashes across the screen.

We are first introduced to a gentle and thoughtful boy who is teased at school for not fitting into the macho mould. He struggles to do good while the odds are against him – a fatherless child with an abusive mother who prefers to get high rather than help. During one touching moment Chirone asks a willing father figure “what’s a faggot?” To which he learns, “a faggot is a word used to make gay people feel bad.” We see a flash of shame as he reconciles with himself that he may be gay.

In part two Chirone is in High School, a skinny boy who avoids confrontation by keeping his head down on the playground. Like so many gay kids, Chirone is picked on by his peers, taunted at school and terrified to return to the classroom. It’s on a breezy beach one night while sitting under magical moonlight where the goody two shoes opens up to his classmate Kevin. He smokes his first joint, opens up his heart about the fact that he finds himself constantly crying and blisffully shares his first gay kiss.

The following day Chirone’s first lover becomes an abuser, peer pressured by thugs to beat him up at school. During the shocking encounter we can see that both boys have an innocence in their eyes, terrified to share their secret with the world. After the horrifying attack Chirone’s physical scars make us cringe but its the young boys emotional wounds which we all know will haunt him into the future.

The final tale of the trilogy takes place a decade later. Chirone has physically transformed himself into a beefy gym rat who now lives a life of crime dealing drugs. The tables have turned when he shares an emotional moment with his mom who is struggling through rehab. The once abusive parent trembles when asking for forgiveness and urges her son to remove himself from the world which ruined her.

As a hardened adult we become aware of Chirone’s longing for the one man who ever loved him. Their brutally bitter goodbye transforms into a tale of redemption as one day Kevin calls to reconnect. Chirone’s lips immediately tremble, a tear runs down his cheek, reawakening a sexuality which has been hidden from view and shrouded in shame.

Shy Chirone returns home to reconnect with his lover and abuser. The two men share several painful moments of awkward silence, still too concerned to talk about the past in fear of being rejected. It’s in Kevin’s kitchen where Chirone finally finds the courage to let him know, “You’re the only man that ever touched me and I haven’t touched anyone since.”

Moonlight has already made its mark as an official selection at Telluride, Toronto and New York Film Festivals, making it a sure fire contender at awards season. Take my advice, you’ll want to run not walk to this one. And before the credits roll be sure to look across the aisle. There won’t be a dry eye in sight.