Each year the film loving LGBT community hunts through the festival season in search of its token treasure. Queer cinema has become so rich in recent years that gay film fans are spoilt for choice in endearing themselves to the next must-see movie. Enjoying its Canadian premiere at the 2018 Toronto International Film Festival, Boy Erased adds itself to the queer history books alongside Brokeback Mountain, Call Me By Your Name and Moonlight.

Based on Garrard Conley’s haunting memoir, Boy Erased follows the teenage son of a Baptist pastor who is forced into an abusive gay-conversion therapy program by his parents. Jared (Lucas Hedges) belongs to a typical middle-class Arkansas family, with his doting mother, Nancy (Nicole Kidman), and Baptist minster father, Marshall (Russell Crowe). Jared would make any parent proud, he gets good grades, plays on the basketball team, and is in a steady, but chaste, relationship with a beautiful girl from school. Everything seems to be going to plan until a college friend outs Jared as gay. 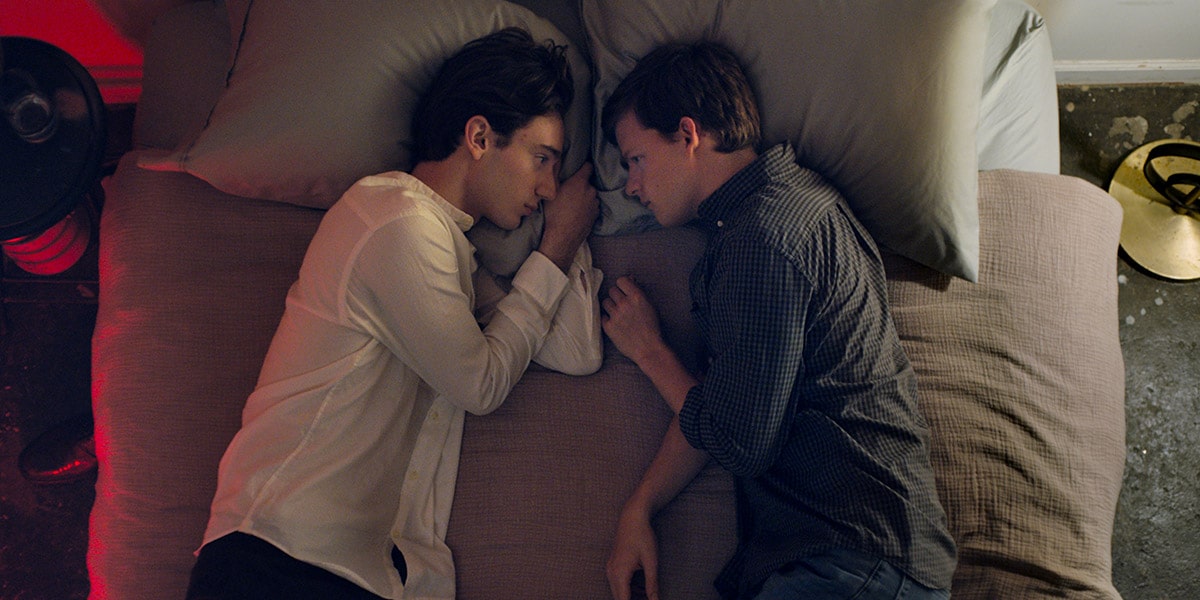 The couple are shocked at the news, but in an attempt to be supportive in their own way, they enrol him in the Love In Action program, a church-supported “ex-gay camp,” based on the idea that homosexuality is an affliction, curable through public confession, and the reinforcement of gender stereotypes. Jared doesn’t really have an option after his father coldly states, “You can’t live here if you’re going to go against our beliefs. In your heart do you want to change?”

Committing to the twelve day program, Jared spends hours a day with a small group of LGBT youth working on exercises that explore the evil roots of their same sex attraction. “Campers” arrive each morning to a fenced in facility that feels like a high security prison, forced to hand over all personal items such as their cell phones.

After Jared’s mother spends the first day crying in bed and praying to God for divine direction, Jared shares with her over dinner that he’s really looking forward to praying the gay away. Over the next few days unsettling experiences take place at Love In Action, forcing Jared to reconcile if its leaders are doing God’s work or are putting his fellow students in harms way. When Jared learns he’s been misled (apparently the twelve day program is simply an assessment period) he tells his mother he’s concerned about the legitimacy of conversion therapy. The audience is later shocked to discover the program has a permanent campus, where LGBT Christians are held longterm to separate them from society.

What makes Jared’s plight uniquely terrifying is that the program specifically bars its students from speaking about what goes on outside its doors. Under the guise of keeping each students heart-wrenching story confidential, Love In Action’s Christian leaders prevent parents from knowing what twisted tactics they use to conform each pupil. Children are not allowed to touch each other, staff must be present in the washrooms at all times and each camper is forced to scream hateful things to an empty seat, which represents the parent in their life that they hate most.

Jared is driven to the edge after the groups most soft spoken member is greeted one morning by a mock funeral. Kneeling by a coffin (representing the young boys moral death in God’s eyes) he’s beaten with a bible in an attempt to exercise gay demons by his pastor, parents, little sister, and fellow classmates. As if the twisted torment couldn’t get worse, he’s then lowered into a bathtub and cleansed in a ritual baptism. The audience gasps at the terrifyingly eerie scene, reminiscent of a cult ceremony.

After enduring unrelenting emotional abuse by the leader of Love In Action, Jared finally breaks, screaming insults at its leader and dashing for dear life in what feels like a heart-thumping jail break. He manages to find his phone, lock himself in a bathroom, and hysterically call his mother insisting she pick him up immediately. It is in this moment we finally see the narrative take a hopeful turn. When Jared’s mother arrives she finds him behind a locked door, with Love In Action’s entire pastoral team laying hands on him and praying for his fiery misdeeds. In the next scene, Nicole Kidman perfectly embodies a protective mother, threatening to call the police before helping her son escape. In a fit of tears she reflects on the fact that the leader of the program has zero qualifications to work with children in a therapy setting. She’s racked with guilt for blindly trusting her religion to care for and cure her son.

For gay kids like me who grew up in an Evangelical Christian family, the shocking real-life experiences depicted in Boy Erased will awaken past pains that have likely long been buried. Ex-gay ministries ran rampant throughout Canada and the United States amongst conservative church communities, hellbent on ensuring an LGBT positive space had no place on their pews. Today, over 700,000 Christians have experienced gay conversion therapy in America, a haunting statistic that is only made more real by survivors of programs such as Love In Action who have described the aftershocks as PTSD.