Skip to content
0 shares
In the heart of Germany’s Sarrland sits the small town of Mettlach. The region is famed for its nature parks which feature lush forests, winding rivers and glorious gorges which are best explored via hike, bike or kayak. The village is perhaps best known as the headquarters for Villeroy & Boch, one of the world’s most famed ceramic producers who after the French Revolution reimagined how the world dines at the dinner table. Wandering through town one gets a distinctly healthy vibe as hoards of hikers and bikers swarm through the space in search of one of the country’s most famed lookouts, the jaw dropping Saarschleife. 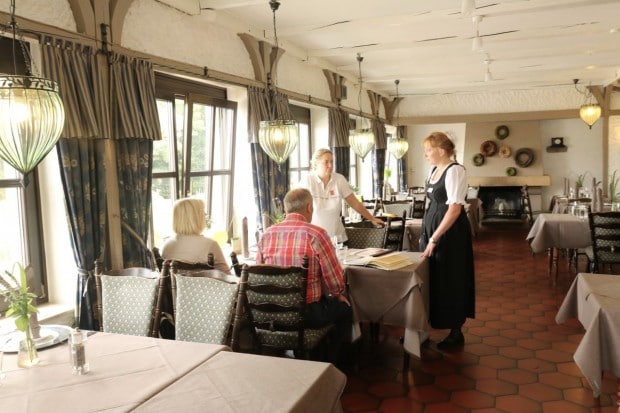 One must fuel energetic escapades, and there is no better place to enjoy a fine feast than at Landhotel Saarschleife in the heart of Mettlach. The hotel was first opened by the Buchna family in 1935 and to this day they continue to run the hotel and its charming restaurant. The hotel has passed through the family over the last four generations and one can’t help but feel welcomed into grandma’s kitchen while sitting in the hotel’s dinning room. Smiling waitresses wear traditional dirndl, a traditional dress worn in southern Germany in a dinning room which features booming fireplace, richly textures curtains and walls covered in vintage falcon and botanical posters.

Chef Michael Buchna works in the kitchen with his two sons, a culinary team who have become known in the region for embracing playfulness on the plate while still remaining true to the culinary heritage of the region. Happiness found via sudsy pint of Benediktiner Weissbier, chanterelles swimming in cream, crispy schnitzel, tender pork cheek with plump potato dumpling and whip cream adorned cherry pie.

Here are my Top 5 Must Try’s at Landhotel Saarschleife in Mettlach: 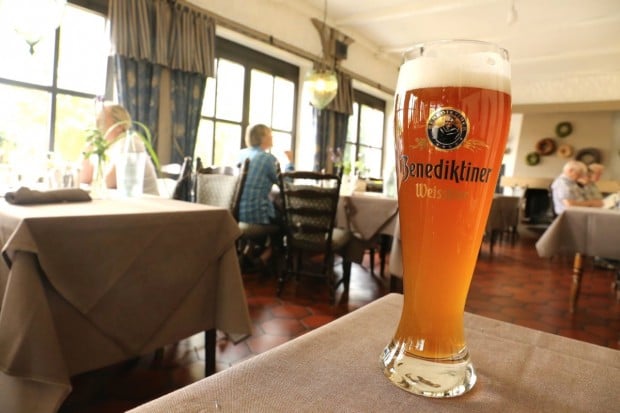 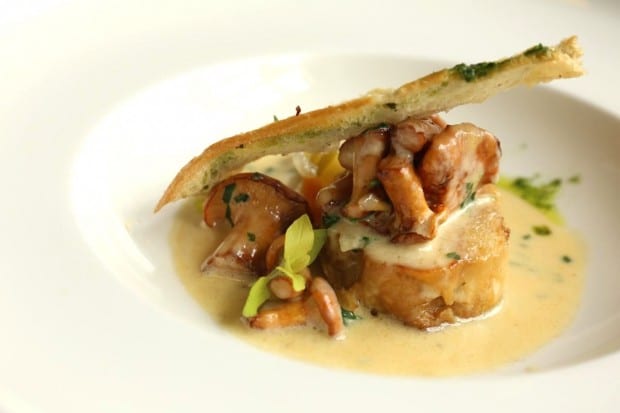 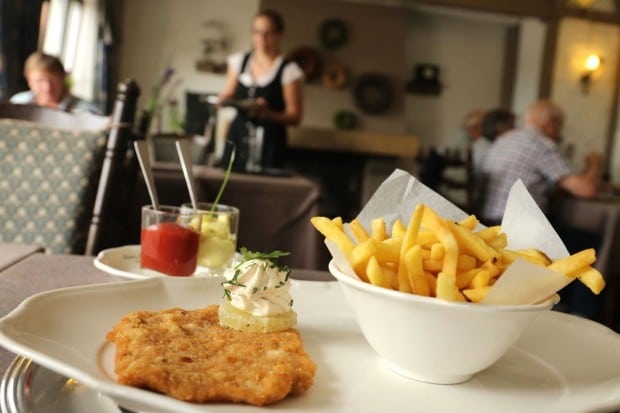 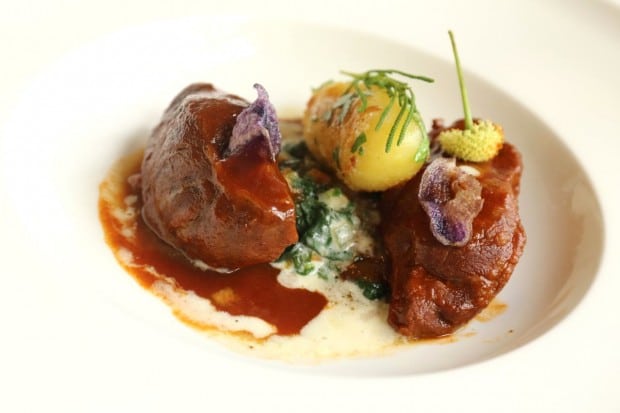 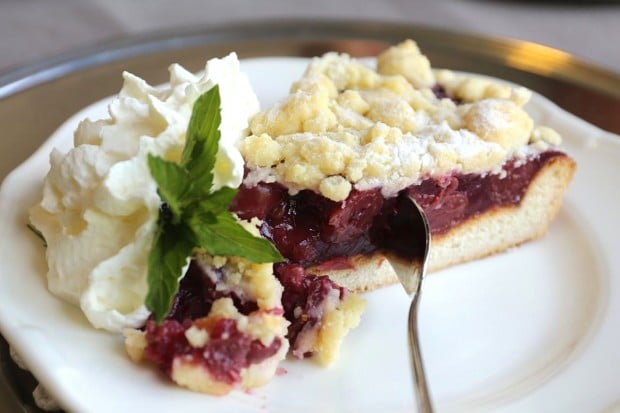