It was the night of my first opera! Excited to be out in the city, dressed to impress and soaking up every whisper, hum or purr of surrounding patrons – all of us about to embark on the same cultural journey of “we the north” with a home grown opera! There’s something about a shared cultural experience that brings people together and gets me giddier than the first day of summer vacay.

Upon entry into the Four Seasons Centre for the Performing Arts I felt welcomed by the soft glow emanating onto the street from the floor to ceiling glass windows which stand perched overlooking University Ave. Passers-by getting a peak of elegance as audience members sip bubbly, chat up friends, and find their way among three floating staircases to their seats.

Louis Riel chronicles the story of the Métis leader and Canada’s westward expansion around 1869. A new production of this uniquely Canadian contribution to the opera world conceived by one of Canadian theatre’s most acclaimed and inventive directors, Peter Hinton, with the COC’s celebrated music director, Johannes Debus, conducting. Louis Riel is sung in English, French, Michif and Cree and runs for seven performances by the COC on April 20, 23, 26, 29, May 2, 5, 13, 2017.

Telling the history of Louis Riel is ever more important in this period of truth and reconciliation. It is the COC’s intention that an inclusive and expansive history shall be restored with the 2017 production. As recently stated in a summary of The Journey Together: Ontario’s Commitment to Reconciliation with Indigenous Peoples, The Truth and Reconciliation Commission’s (TRC) final report shone a light on Canada’s residential school system, a dark chapter in our history with lasting impacts still felt by Indigenous people today.

Throughout the conceptualization of the 2017 production of Louis Riel and in preparation for the rehearsal period, Hinton and his creative team have followed the guidance and wisdom of members of the Indigenous community for all traditions, costumes, dialects and music put into the performance.

This choice to show Canada’s history of struggle and representation in the west, against colonialist and centralist objectives, is not only a metaphor for the conflicts which forged the idea of confederation, but also serves as a challenge for present and future understandings of our country, according to composer Summers and librettist Mavor Moore who were first commissioned to write the opera in 1966. 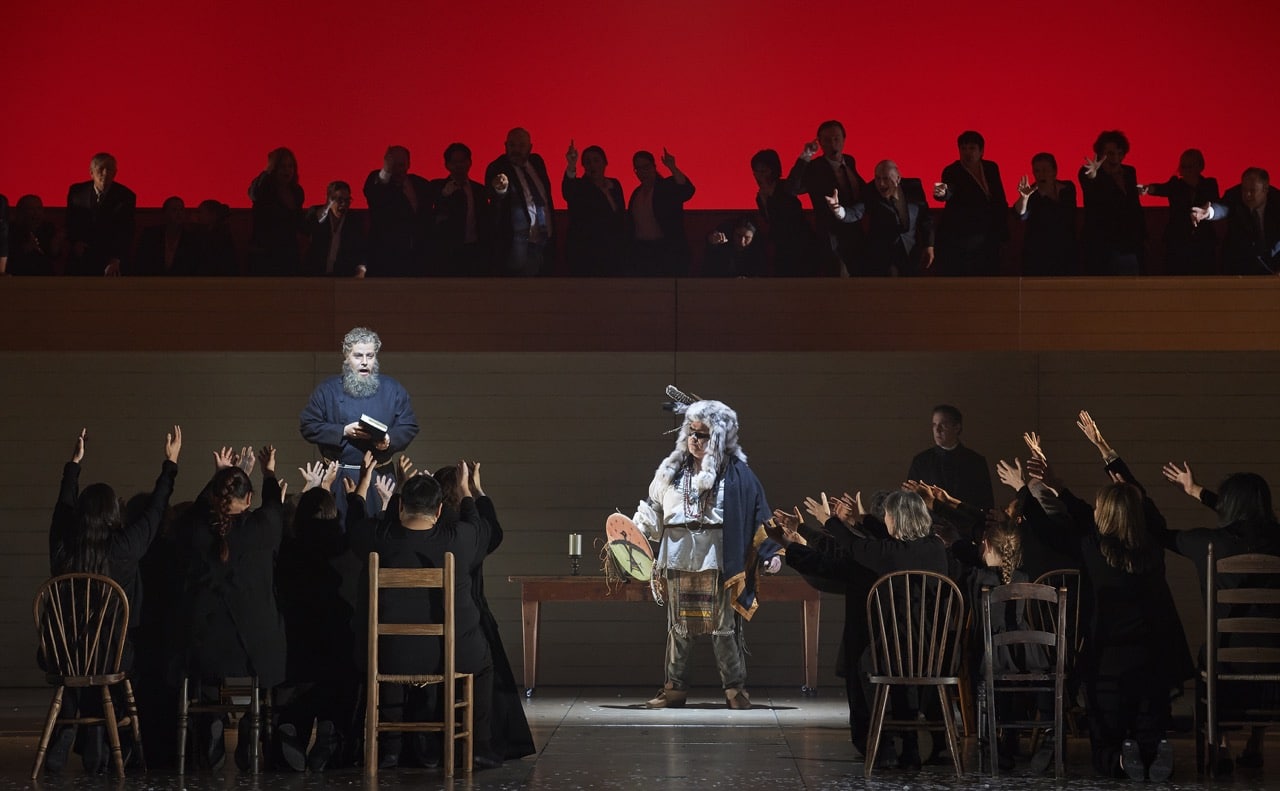 Q & A with Canadian baritone James Westman who sings the role of Canada’s first Prime Minister, Sir John A. MacDonald

How is Louis Riel different than all other operas?

It is a uniquely Canadian story of hopes and promises. Classic bel canto generally relates to European concepts and history. In Louis Riel we have a work that displays the highs and lows of our Canadian rich heritage.

What is going to surprise people the most about the whole performance?

Our director Peter Hinton has come up with an ingenious concept that I believe will surprise a great many lucky enough to get a ticket.

Peter has taken a somewhat dated piece of Canadiana and propelled it directly into the significance of 2017. This new production of Harry Somers’ 1967 opera Louis Riel is thoroughly more relevant today. We, in 2017, understandably appreciate the complexities of the modern style of Somers’ music while accepting the dramatic truths of Canada’s ruthless infancy; the elements of this production come together to display a great depth of humanity, which is especially relevant today.

At this point in your career, what does it mean to you to be playing Sir John A. Macdonald in this profoundly Canadian story?

It’s meaningful to me in a couple of ways. I am truly humbled to play our first honourable Prime Minister and the Canadian Opera Company is also one that I call home. I was but a farm boy before becoming an opera singer and it was with the COC as a member in their young artist training program, the Ensemble Studio, where I got my start. It is an honour to now come home and share the stage with so many prominent Canadian artists.

Sir John A. Macdonald was a fascinating devilish character. Yes, he is the great architect of Canada’s Confederation, nevertheless his ruthless agenda is responsible for many plunders forged by this confederacy. Sir John A. Macdonald once stated that Louis Riel was his “worthiest adversary” yet his biggest dilemma. Riel represented Indigenous and French rights – two of the greatest challenges to Macdonald’s politics. 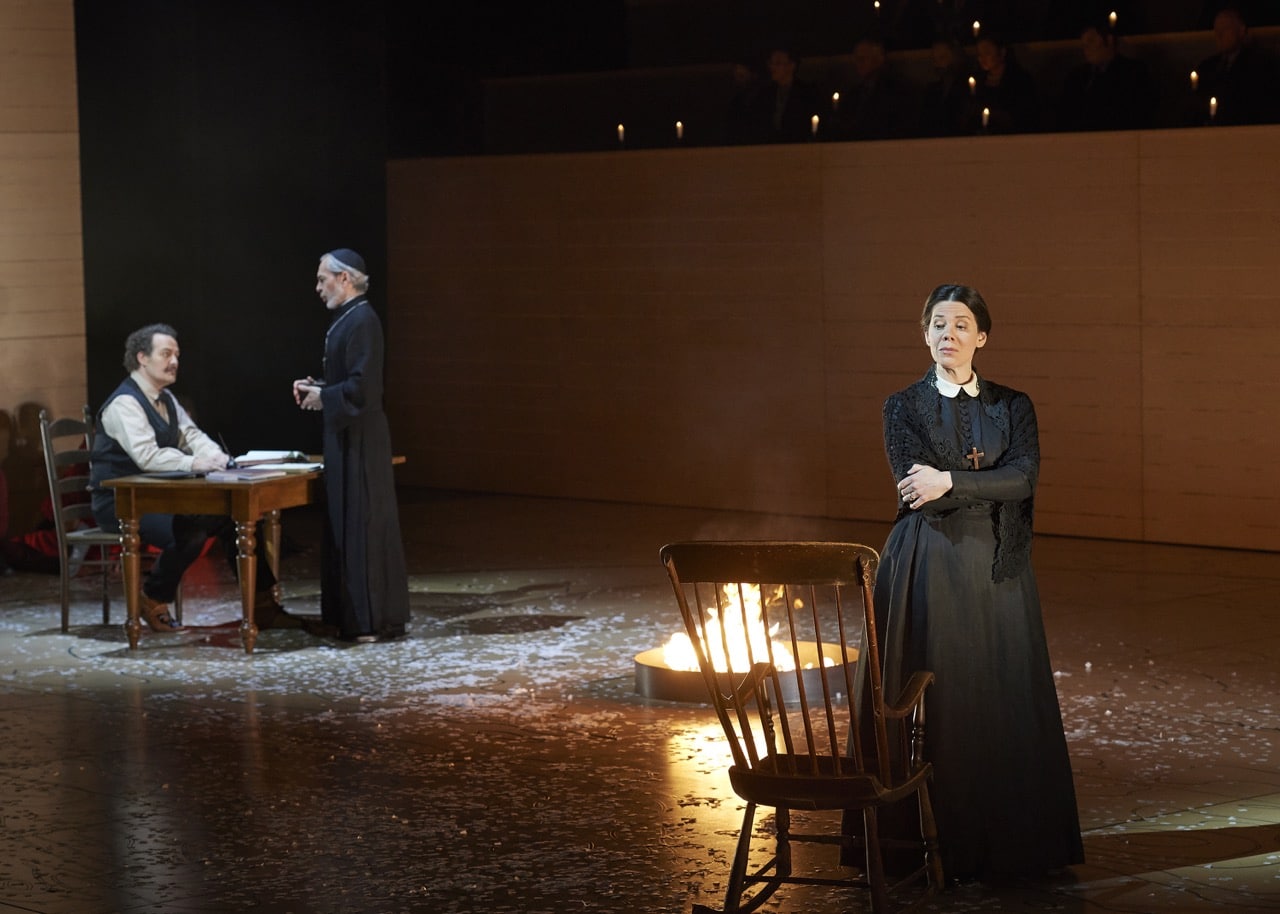 What do you love most about this character?

I love that he is complexed yet pragmatic. He has a passion for creating a strong sovereign Canada. The character makes you look inward and you can say that there is a power hungry Sir John A. Macdonald in all of us. I do wish he had looked outward to others while forging what would be his legacy.

What’s the biggest challenge about taking on this role?

The vocal range is extensive and makes use of my lowest and highest pitches. The rhythms are equally challenging, which makes keeping in the drama of the moment very difficult and even overwhelming to do at times.

I’ve engaged in very complex compositions since I was a boy, and have debuted many contemporary operas, however, the level of sophistication of Somers’ Louis Riel is very challenging. I can only describe it as an extremely rewarding yet frightening Canadian composition!

Seeing that you are a teacher, not just a performer, lecturing at various universities such as U of T and Stanford in their Music departments. Can you break down the opera for beginners? Basically, opera for dummies, things that someone new to the whole opera experience can look for and reference in conversation with an opera connoisseur and not look dumb.

With Louis Riel, Harry Somers created a form of classical music theatre with operatic elements. He wrote Sprechstimme (sung speech) with extensive operatically sung passages. There is also a great sense of continued theme based on truth and lies relating to each character in the opera. For example, when the characters representing the politicians in Ottawa appear and sing in full voice it is to lie or break promises. While the opposite is true for the Métis and Indigenous characters in the opera—when those characters have sung passages, it is to sing of great truths.

Another element is the continued percussion in the opera. Somers mimics the ancestral indigenous drum patterns throughout the opera enhancing the overall ambiance of the story. I have never seen the percussion section of an orchestra work so diligently! 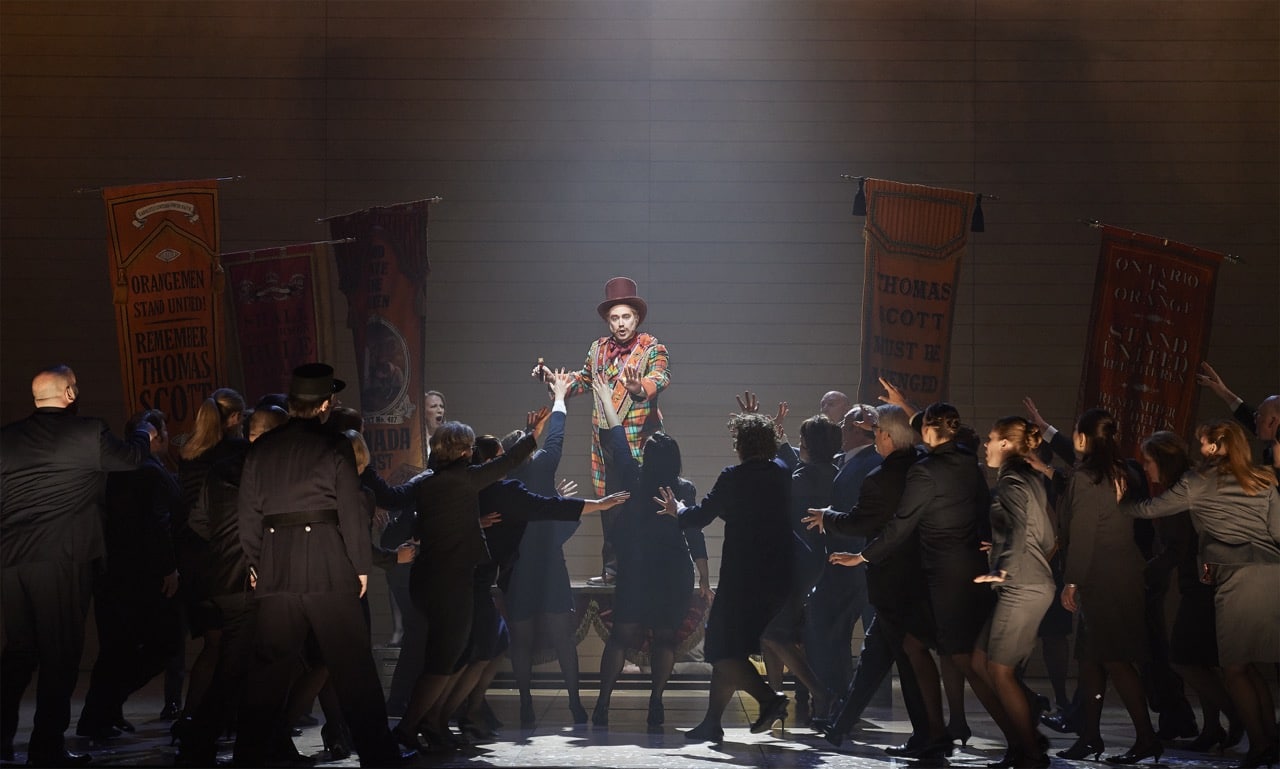 On your website you mention being passionately vigilant for both healing and discovering human nature through your art, can you explain how or when this happens most often for you?

Whenever I truthfully deliver text to an audience in the most beautiful way possible; this is what inspires me to sing and learn. It is simply our job as singers to heal the soul as a doctor would heal a patient. Coping with the grind of the day-to day-can be overwhelming and if I can melt that stress away for an audience member, I have accomplished something tangible.

What do you believe is the message audiences will take away from such an epically Canadian story?

I think it is very important to realize this masterpiece of Canadian opera is about promises made and promises broken. It’s an opportunity to understand an individual’s responsibility to look outward, regardless of your heritage or position in society, and to have the emotional courage to respect the dreams of others. This is the truth in this opera and the truth in 150 years of Canada’s confederation.