For many millennials, it may have begun with the realization that Carole King was responsible for the catchy theme song to the wildly popular television show The Gilmour Girls. A song known to all Gilmour Girls fans, which actually is an adaptation of one of her hits Where You Lead (on her album Tapestry). For the show Carole sings Where You Lead (I Will Follow) with her daughter Louise in the opening credits.

This year Carole appeared in a cameo for the Netflix revival, in the episode titled “Summer”. It was with this revival that I fell in love again with the characters of Stars Hollow and in turn the ever famous theme song. Hungry for “new” music I became familiar with her expansive back catalogue of mega hits like It’s Too Late, You’ve Got a Friend, I Feel The Earth Move, and One Fine Day. Learning that since writing her first number 1 hit “Will You Love Me Tomorrow” at the tender age of 17, Carole King has arguably become the most celebrated and iconic singer/songwriter of all time. Needless to say, I now have a Carole playlist that’s often set to repeat. 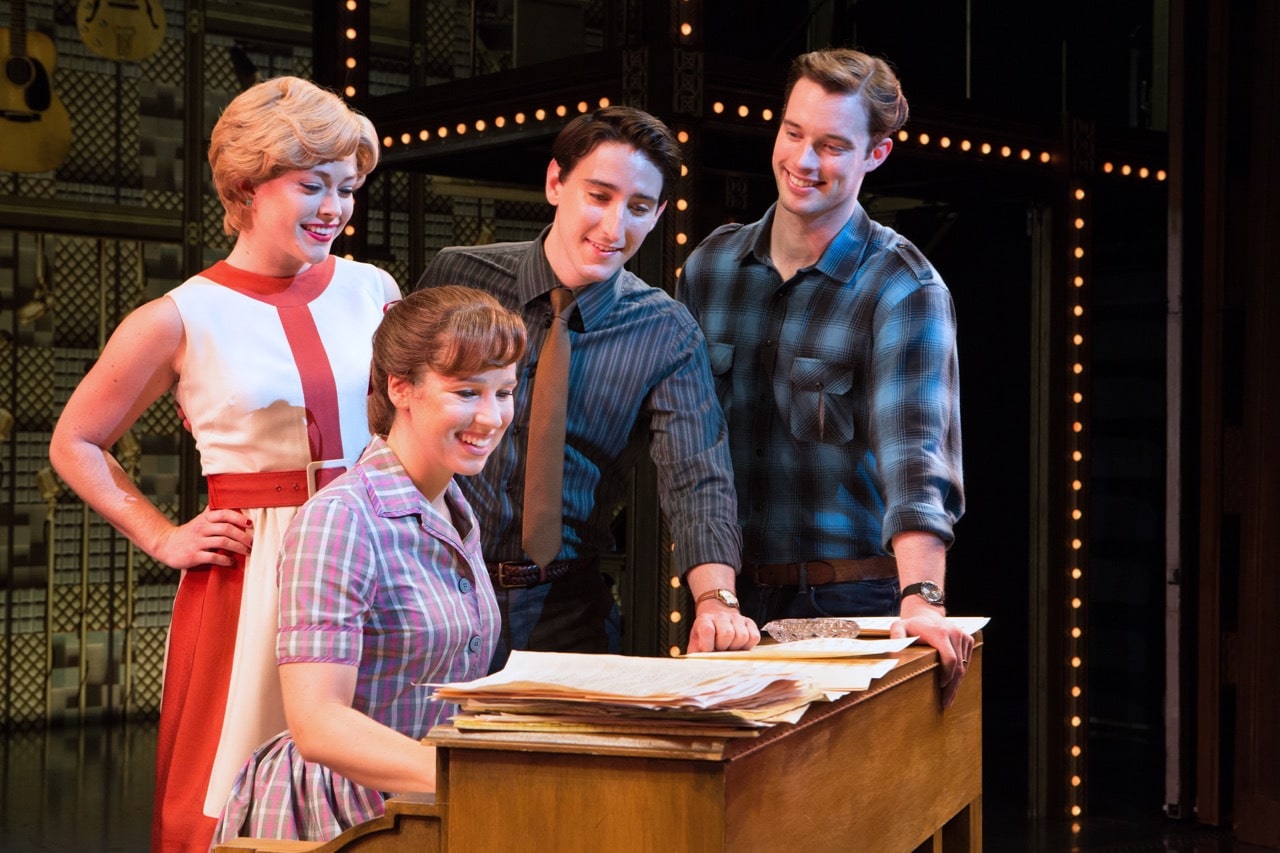 Producers Paul Blake and Sony/ATV Music Publishing announced that Toronto’s Chilina Kennedy will join the first national tour of the Tony and Grammy Award-winning hit musical Beautiful – The Carole King Musical exclusively for the Toronto engagement, on now until September 3, 2017 at the Ed Mirvish Theatre. The show originally opened on Broadway at the Stephen Sondheim Theatre in 2014, where it continues its record-breaking run after winning two 2014 Tony Awards as well as the 2014 Grammy Award for Best Musical Theater Album.

Beautiful is the story of Carole King starting in 1959 when she came to 1650 Broadway as a 16 year old song writer and leads to her becoming the legendary singer/song writer we all know. Fans will be delighted to watch the spunk and struggle of a young aspiring troubadour long before she was Carole King, the chart-topping music legend. She was once known as Carol Klein, Brooklyn girl with passion and chutzpah. She fought her way into the record business as a teenager and, by the time she reached her twenties, had the husband of her dreams and a flourishing career writing hits for the biggest acts in rock ‘n’ roll. 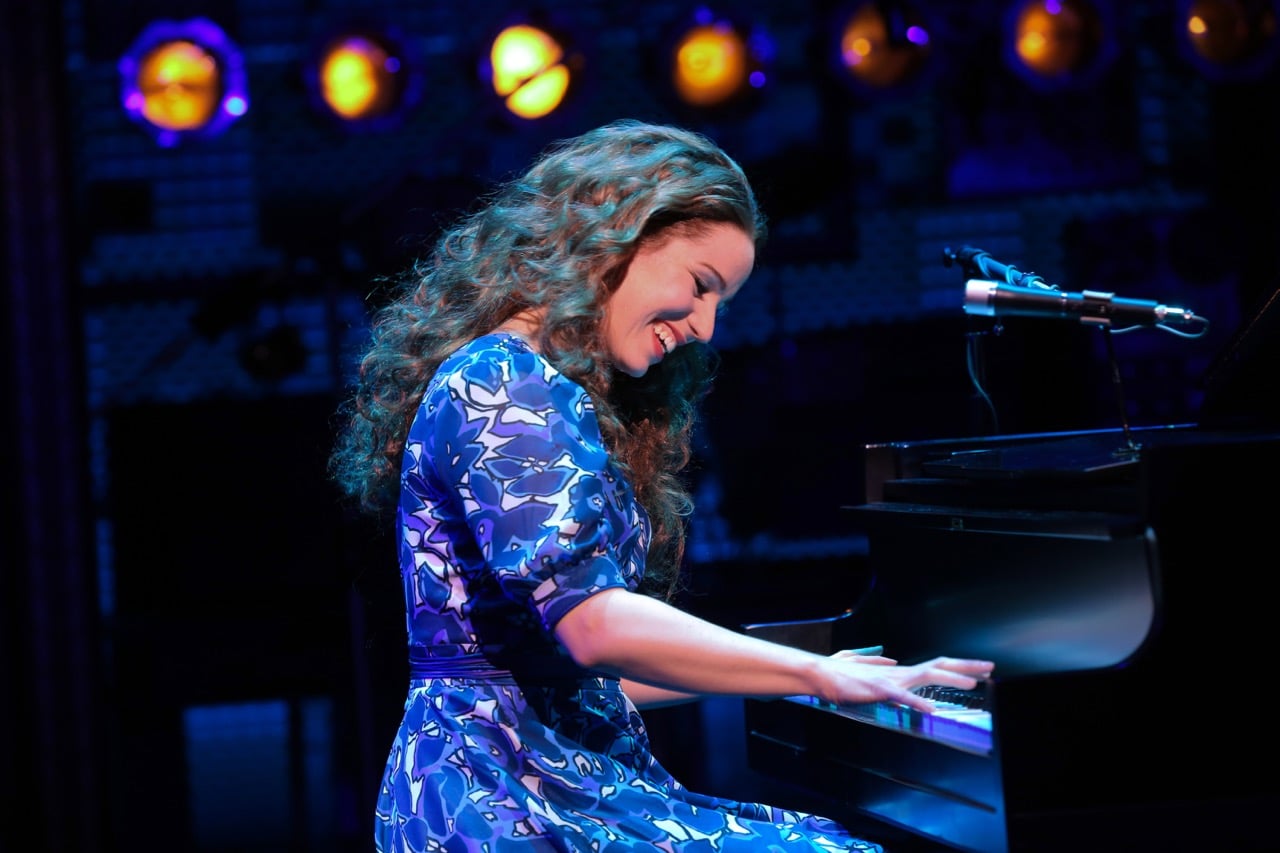 The story is also about her relationship with husband and writing partner Gerry Goffin as they work side by side in the same office with close friends Cynthia Weil (Erika Olson) and Barry Mann (Ben Fankhauser) constantly fighting to write the next big chart topping hit. Audiences will laugh, clap and cheer for their heroine as she competes with passion and grit to have songs picked up by various artists throughout the performance. Songs like “Will You Love Me Tomorrow” for the Shirelles, “Natural Woman” (Aretha Franklin, 1967), “Take Good Care Of My Baby” (Bobby Vee, 1961), “The Loco-Motion” (Little Eva, 1962), “Up On The Roof” (The Drifters, 1962), “Chains” (The Cookies, 1962; The Beatles, 1963), “One Fine Day” (The Chiffons, 1963), “Hey Girl” (Freddie Scott, 1963), and “Don’t Bring Me Down” (The Animals, 1966).

To date, more than 400 of her compositions have been recorded by over 1,000 artists, resulting in 100 hit singles. This show is fun for audiences because every time the next song comes on, there’s a wait a minute moment of…Carole King wrote that…or Cynthia Weil/Barry Mann wrote that!?! What is astonishing is the number of songs in the show you didn’t realize were written by these people you’ve come to love. A lot of people don’t know where the songs come from or why they were written. This musical gives audiences a glance into the past and the amazing story behind the songs that continue to inspire.

Beautiful tells the inspiring true story of King’s remarkable rise to stardom, from being part of a hit songwriting team with her husband Gerry Goffin, to her relationship with fellow writers and best friends Cynthia Weil and Barry Mann, to becoming one of the most successful solo acts in popular music history. Along the way, she made more than beautiful music, she wrote the soundtrack to a generation.