Detroit is best known as America’s Motor City, the birthplace of Motown music and a city obsessed with celebrating its sports hero’s. It’s no wonder then that sipping through local brews is a hallmark of the city’s food and drink culture. Today Detroit’s craft beer scene is as vibrant as ever, with old school favs and new sud-sloshers working together in harmony to promote the city as a hoppy haven.

Steven Johnson is the author of the Detroit Beer Book – A History of Brewing in Motor City and runs Motor City Brew Tours. I had a chance to catch up with Detroit’s de facto craft beer expert to learn a bit more about what makes the city’s scene so unique, “While in recent years Detroit’s craft beer scene has exploded with activity and innovation, brewing has a long history in the Motor City. Small brewers popped up during the mid-1800s to support nearby saloons.

Many breweries survived the dry years by producing “near beer,” or non-alcoholic beer, which was quickly abandoned after Prohibition. Consolidation marked the following decades until only Stroh Brewery Company remained. Local brewing returned triumphantly with dozens of breweries opening their doors since the 1990s. Today the Detroit area continues to be an epicenter of new beer styles and creativity for the entire craft beer scene in Michigan.” 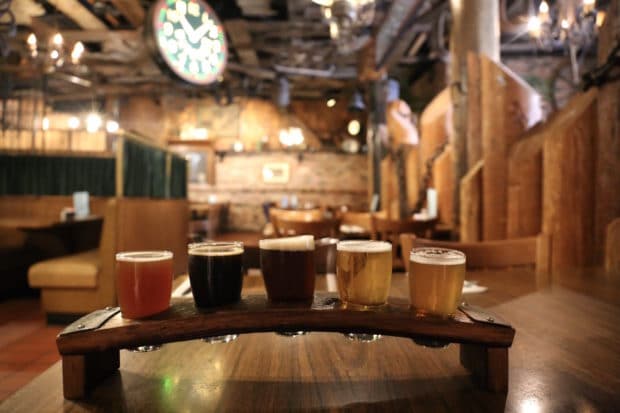 The Traffic Jam and Snug, established 1965, is one of Detroit’s must visit hidden gems, known throughout Midtown for its in-house bakery, microbrewery, dairy, rooftop greenhouse and eclectic menu of made-from-scratch dishes. Their award-winning cheeses and beers are the real reason to visit. They actually use the same equipment for brewing beer and making cheese, and encourage guests to witness this unique process from an observation balcony.

On December 18, 1992, after a decade-long legal battle, the Traffic Jam became the first brew-pub in the state of Michigan. Since then, they have been brewing an uncommon, ever-changing selection of hand-crafted beers. 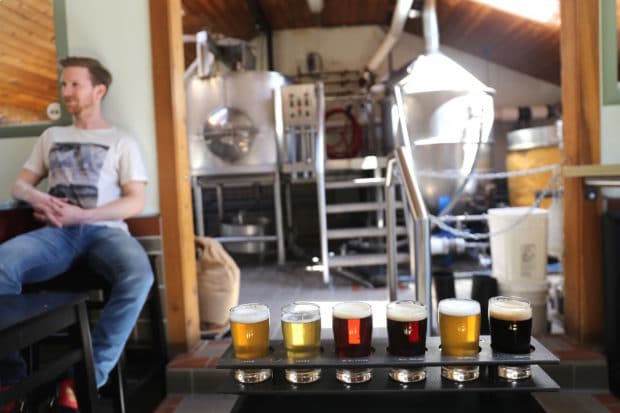 Skip across the street and you’ll find Motor City Brewing Works, another one of Detroit’s original craft breweries which has been producing hand-crafted beer and cider since 1994.

On a sunny day the brewery’s taproom packs to the brim with beer fans who come here to munch on perfectly scorched brick oven pizzas while slugging back a pint or two. There’s also ample seating on picnic benches out front and a petite rooftop patio ideal for tan fans looking to satisfy a thirst quench. 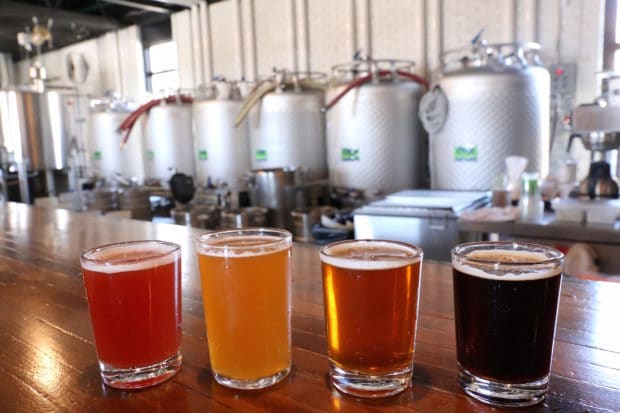 The city’s newest brewery is also one of Detroit’s hippest hangouts. Head to Batch Brewing Company in Corktown and you’ll find a breezy dinning room and spacious bar where you can sip suds while nibbling on a munchie-tastic menu featuring gumbo, fish tacos, arancini and pretzels dipped in cheese fondue.

The owners also do a great job at making a positive impact on the community. They’ve created an initiative called the Feelgood Tap where each month they partner with a local nonprofit or charity group to create a beer in honour of the cause. $2 from each pint is donated to the non-profit of the month. During my visit they had created a brew called “Blood In, Orange Out,” a blood orange wheat beer which raised funds for the National Multiple Sclerosis Society of Michigan. A delicious beer sipped slowly for a good cause! 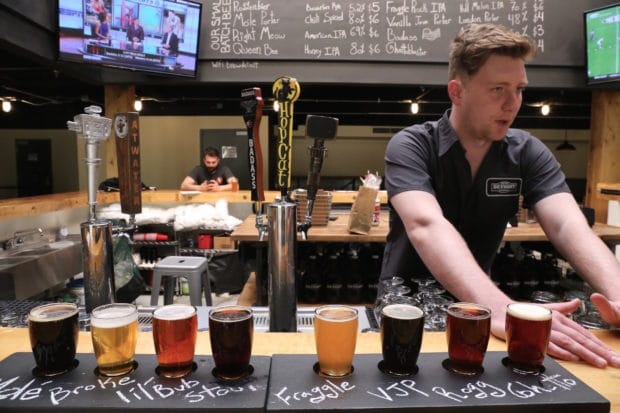 Brew Detroit also calls the Corktown hood home and features one of the city’s largest craft brewing facilities. In a true testament to Detroit’s beer scene camaraderie, Brew Detroit actually acts as a bottling facility for several of the city’s smaller outfits and proudly pours their brews in their taproom.

You won’t find any signature beers at Brew Detroit, and their owners wouldn’t have it any other way. The intention is to encourage beer fans to come back time and time again to sip whatever new beers the brewmaster has dreamed up. The offering constantly changes, offering craft beer nerds a spot to regularly enjoy fresh sips that inspire. 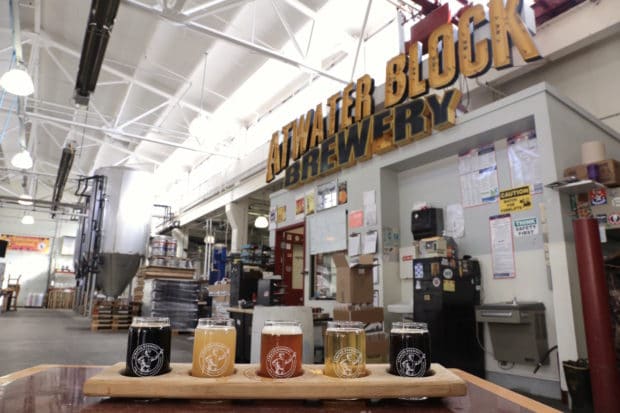 Atwater Brewery is located in the heart of Detroit’s Rivertown district and housed in a 1919 factory warehouse. The brewery’s bustling tap room is located in the middle of its brewing warehouse, offering guests a stellar view of the brewing process while tucked in at the bar enjoying a fresh pint at dinner while nibbling on German-inspired fare and other traditional gar grub.

Atwater’s imported Kasper Schultz brew house allows its brewmaster to brew in the true heritage-style of traditional German lagers. All of Atwater’s main brewing equipment was brought in from Germany, where precision and passion for beer has its roots. They only use the finest malt and hops from Germany to brew their lagers while their specialty ales are brewed with top notch American hops.