Toronto really shines in September as Canada’s little city on the lake takes the world by storm as film fans, A-list celebrities and top media & industry descend upon the city for the world’s favourite public party, The Toronto International Film Festival.

Without a doubt my annual cocktail consumption peaks when TIFF comes to town. This year, in an attempt to brush up on my skills behind the bar I experimented at home with a pretty parade of spirit bottles, aromatic bitters and jars of freshly squeezed juice. Cocktails: The Art of Mixing Perfect Drinks (DK Publishing, 2016), is the essential barman’s bible, written by Klaus St. Rainer, an award-winning expert voted “Bartender of the Year” in 2013 who currently dreams up the drinks program at the Golden Bar in Munich.

The 177 page must-have book features 70 of Klaus St. Rainer’s recipes for all the key classics as well as his own signature creations. Whether you want to make a simple drink with just a few ingredients, prepare large quantities for a cocktail party, or up your game by crafting trickier tipples (featuring foam, dehydrated delights or house-made ginger beer), this authoritative guide will have you mixing the perfect aperitif in no time. The book’s classy design and evocative photography will inspire you to find what tickles your taste buds, from the classic Dry Martini and Old Fashioned to the unusual Red Beet Gimlet and Caramellow Royale. 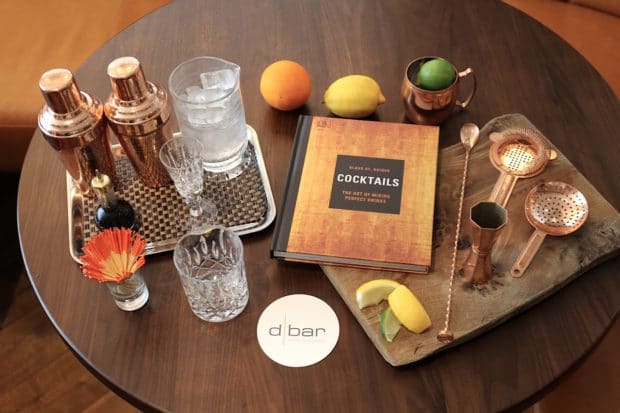 Whether you’re at TIFF to binge on films, dine on the city’s most delicious, crash a few parties or huddle around a red carpet in the hopes of blowing kisses to your favourite Oscar winning actress, it’s important to take a break while enjoying a thirst quenching at one of the city’s iconic cocktail bars. It’s here, perched on a stool, where you can watch the city’s thought leaders whip up liberating libations.

So where’s the best place to sip and be seen? Toronto’s luxury hotel trifecta (Four Seasons, Shangri-La, Ritz-Carlton), where thoughtful craft cocktails are shaken and stirred at beautiful bars that play home sweet home during the festival to the film world’s top producers, directors and on screen talent.

Just days before the launch of #TIFF16 I popped into the city’s luxury hotel trifecta to sample the creative creations each bartender had dreamed up to celebrate the city’s biggest annual bash. I challenged each mixologist to produce two delicious drinks that showcased their passion and creative flare while celebrating one simple spirit: rum, tequila and gin.

This TIFF as you loiter in luxury be sure to sip slowly, taking notes on the bitter-sweet and salty meets sour that floats your boat and you’ll find your palate is soon perfected. And after mastering a handful of Klaus St. Rainer’s recipes from Cocktails your friends will be calling you the “star of the show” at dinner parties hosted long after the red carpet rolls up and paparazzi peace out. 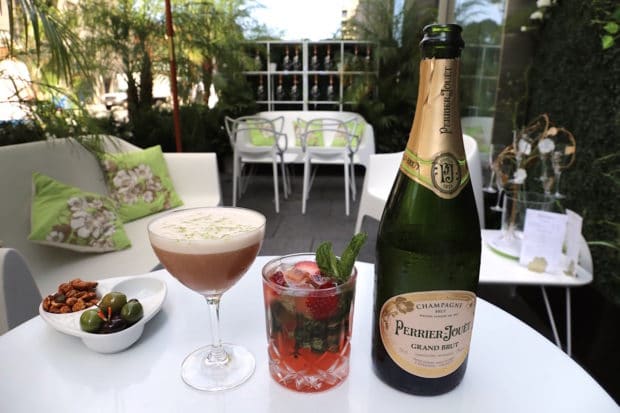 Craft Cocktail Inspiration: I’ve been in the service industry for the past 11 years, starting off in the kitchen where I gained an appreciation for creating dishes that were equally as delicious as they were beautiful. What I love about working at d|bar is that the same passion I have for creating dishes is transferred to crafting unique drinks. My favourite cocktail to prepare is the classic Old Fashioned. I add my own personal touch and technique – in the way it is stirred, how the orange peel is applied, using an infused rye or bourbon or smoking the glass (my favourite tool to use is a torch gun!)

TIFF Time: This year the Four Seasons is celebrating TIFF with the launch of L’Eden by Perrier-Jouët, an enchanting outdoor hideaway where one can sip Champange while surrounded by a garden of pretty palms. A new bubbles and bites-inspired menu designed to complement Perrier-Jouët’s Belle Epoque 2007 vintage Champagne, considered to be one of the finest vintages in the past 20 years features decadent caviar, oysters and grilled octopus. 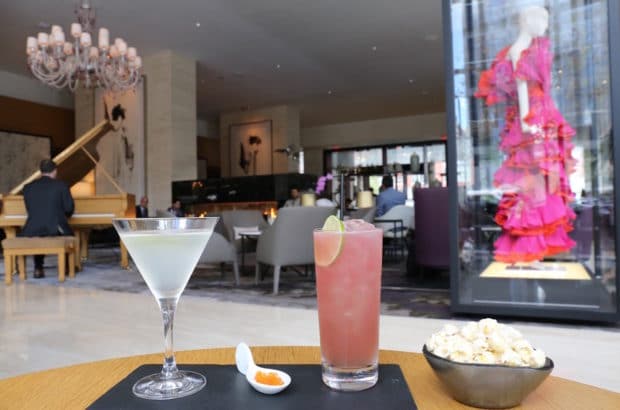 Craft Cocktail Inspiration: I draw inspiration from creative and well-made spirits. A cocktail is no longer about improving or masking imperfections in a spirit. The professionals and artisans behind todays spirits are some of the most talented and creative people we have ever had in our industry. My job as a cocktail/experience creator is to focus on great spirits, pair them with complementing flavours and present them in a whole new light.

TIFF Time: This year the Shangri-La is celebrating TIFF with the debut of a revamped Lobby Lounge featuring four marvellous mannequins outfitted with extraordinary ensembles by famed vintage collector William Banks-Blaney (Yves Saint Laurent, Christian Dior, Roberto Capucci, and Bob Mackie). In tandem with the couture dress display, Lobby Lounge has introduced a new series of cocktails titled the Couture Cocktail Collection. Each cocktail has been carefully crafted to complement the elaborate designs of each dress. 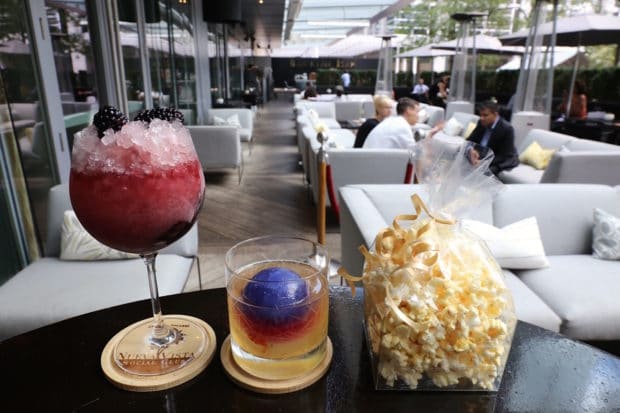 DEQ Terrace and Lounge at the Ritz-Carlton Toronto

Craft Cocktail Inspiration: There are many different things that inspire me when creating a cocktail: the emotional connection within the moment, the rush to create and the challenge to make it great. As a mixologist creating new cocktails is always inspiring but to take an old classic cocktail and make it brand new is more exciting to me. I grew up in Jamaica and one of my favourite things to prepare at the bar from scratch is falernum. I prepare the sweet syrup using whole pineapple, lemon, lime, cloves and brown sugar. You can easily add the flavourful syrup to lemonade, rum punch or a Mai Tai.

TIFF Time: This year the Ritz-Carlton is celebrating its 6th year at TIFF by creating a Toronto-inspired cocktail menu at DEQ Lounge and Ritz Bar featuring such libations as the Red Rocket and Bay Street Bull. Be sure to sample the new TIFF-tastic bar snack, a Canadian hat tip to Chicago Mix featuring maple and white cheddar popcorn topped with crispy bacon bits. Throughout the 10-day festival, The Ritz-Carlton will also feature several specialty activations in its lobby such as a champagne garden, candy stations and complimentary make up touch-ups.