Over the years, Swedish vodka brand Absolut has been a vocal supporter of the LGBT community, supporting the rights movement through its iconic limited edition advertisements and acting as the first major sponsor of the hit show RuPaul’s Drag Race. I love how Absolut cocktails have been shaken up into the show in an honest and entertaining way. My favourite drag queen inspired commercial celebrated Absolut’s 30 years of OUTrageous back in 2012 and starred fierce queens Shangela, Raja, Manila Luzon, Yara Sofia and Alexis Mateo.

In 2008, Gilbert Baker, the creator of the rainbow pride flag collaborated with Absolut to create the limited edition Colors bottle. The collaboration was an extension of Absolut’s already close relationship with the LGBT community, which began as the brand was one of the only companies in the 80s that would advertise in the pages of LGBT magazines and newspapers. 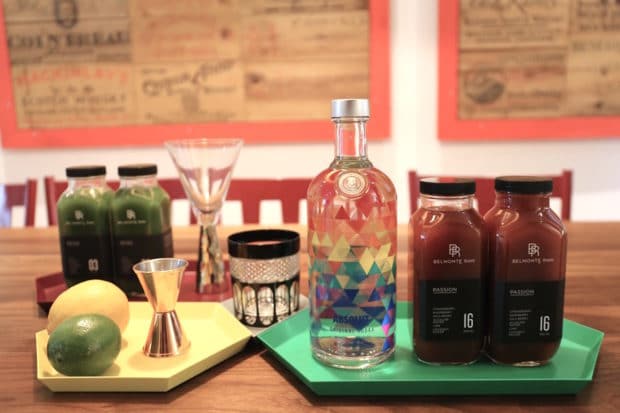 Just in time for Pride in Toronto, Absolut Vodka has introduced its latest limited edition bottle: Absolut Mix. Continuing Absolut’s long tradition of championing inclusion, Absolut Mix is a tribute to the rainbow flag – an icon of diversity. The distinctive, signature Absolut bottle blends the six colours of the Pride flag in a way that brings them together, yet maintains their individuality, just like Absolut’s vision to encourage people to connect without labels. The limited edition bottle lands on shelves in June and will be available at LCBO stores across the province for $26.95. 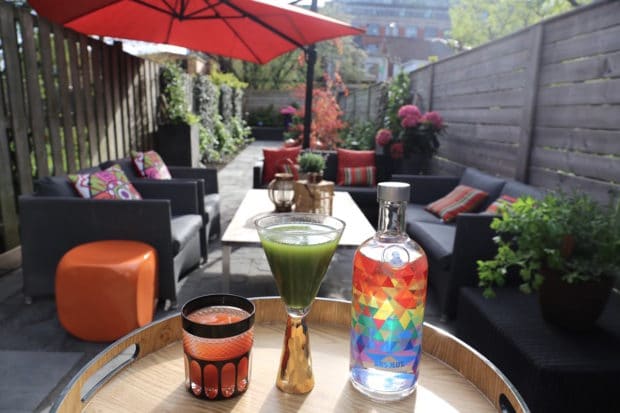 If you’re looking to plan an al fresco backyard garden party at home over the Pride weekend may I suggest shaking up a few healthy libations to quench your crowds thirst? This year I’ve stocked up my fridge with collection of cold pressed juices by Toronto’s Belmonte Raw. The popular local raw food and drink boutique offers a colourful choir of delicious selections designed to revitalize, nourish, and energize. You’ll also find satisfaction in knowing that you’re supporting local farmers as seasonal and organic ingredients are freshly pressed into each glass bottle.