There are few more enduring pleasures than lingering over a leisurely al fresco meal in a piazza in the Eternal City. Roman food is tasty, nutritious, simple and extremely varied. Menus tend to be seasonal, and there are even specialties eaten on specific days of the week. Traditionally Thursday is gnocchi day, Friday is for salted cod (baccala), and Saturday is for tripe. 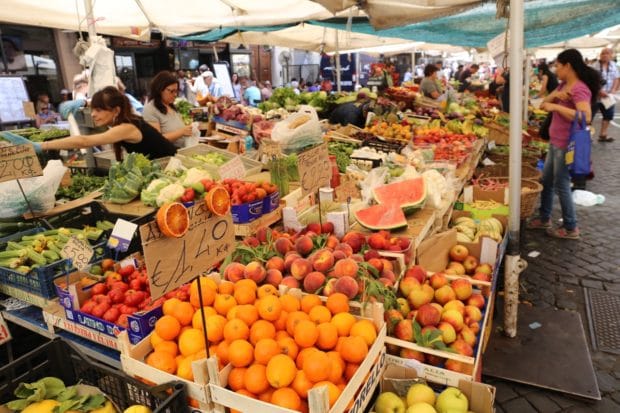 Traditional Roman cuisine originated in the Testaccio area, near the old slaughterhouses, whose butchers were paid partly in cash and partly in variety meats. The food here is redolent of aromatic herbs, garlic, olive oil and onions with veal, artichokes, zucchini flowers and a plethora of pasta popping up on menus from the Trevi Fountain to Trastevere. 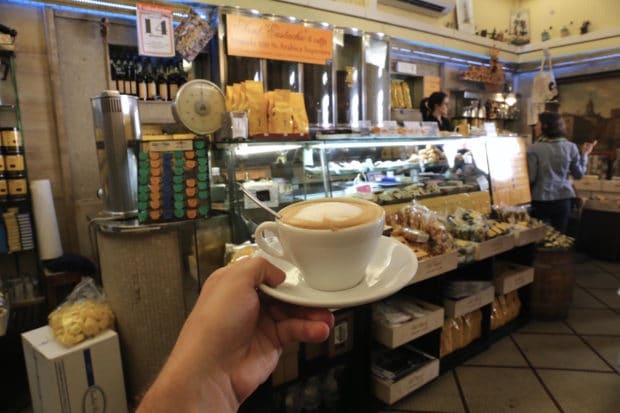 Coffee addicts head to Caffe Sant’Eustachino for Rome’s most coveted cappuccino which is served from behind a chrome-plated shield that hides the coffee machine from view so no one can discover the owner’s secret formula. All that is known is that the water comes from an ancient aqueduct and the brew is pre-sweetened. 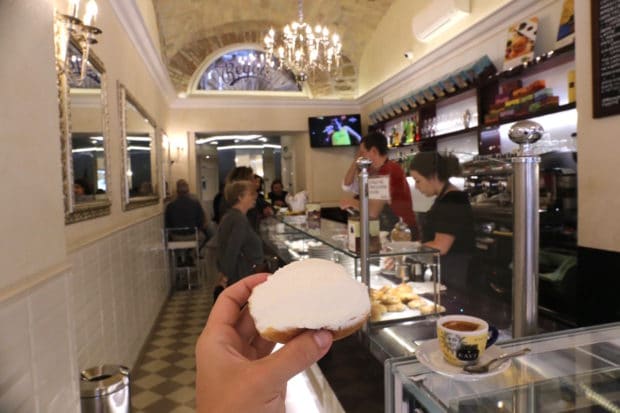 If you’re a pastry fan head to Pasticceria Regoli for the city’s simple and sweet Maritozzo con la Panna. Best enjoyed in the morning with a wee cup of espresso, this iconic Roman snack features an egg and yeast roll cut open and filled to the brim with panna (fresh whipped cream). 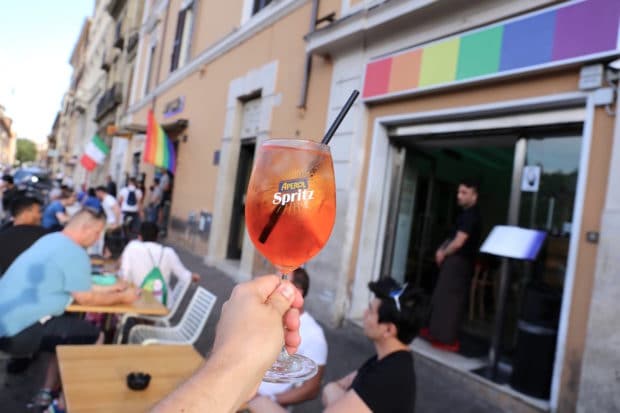 Italy’s infamous Aperol is an aperitif light in alcohol at only 11% ABV, but has a rich and complex taste from the infusion of a blend of high-quality herbs, roots, sweet oranges and rhubarb. Most often enjoyed as a classic Apertol Spritz cocktail before the dinner hour featuring 2 oz Aperol, 3 oz Prosecco, splash of soda and a juicy orange slice. 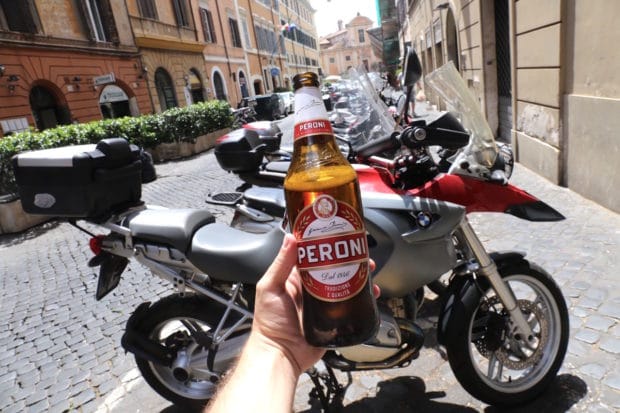 There’s nothing like a big bottle of beer to thirst quench on a hot summer’s day. Italian’s love to sip in the sun and have a more relaxed public drinking policy than we do here in North America. Peroni is Italy’s most popular lager which pours a pale gold colour and offers aromas of crisp apple and citrus pith. Enjoy the refreshingly bitter finish. 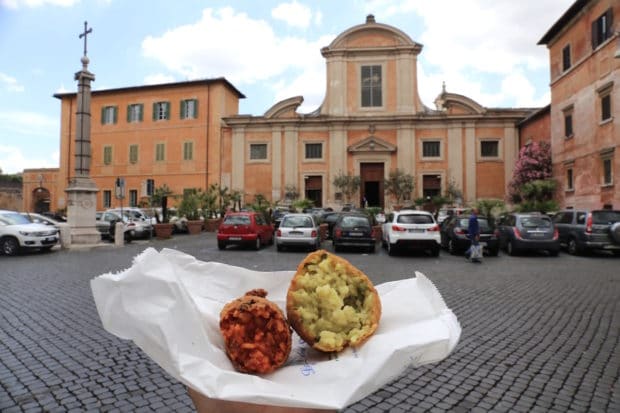 Suppli are tasty fried rice croquettes (similar to arancini) stuffed with mozzarella cheese that oozes out when they are cut. I sampled a crispy duo featuring smoked meat and marinara and green peas with basil. 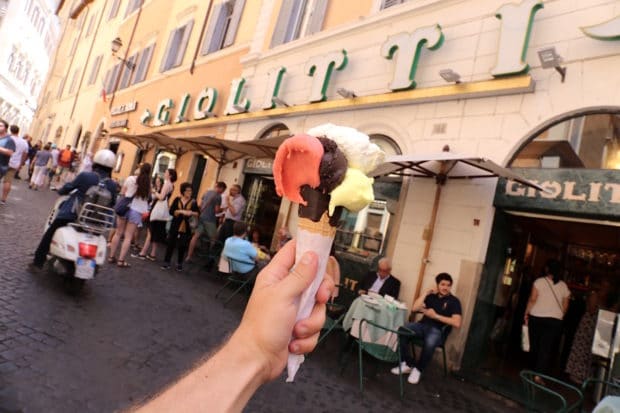 Bar Giolitti is a 19th-century cafe which serves up Rome’s most sought after gelato. Expect a long line (worth waiting for) and a jaw-dropping flavour selection (from roasted chestnut to summer cherry). I ordered a triple scoop featuring tart limoncello, floral raspberry and rich dark chocolate, topped with fresh whipped cream. 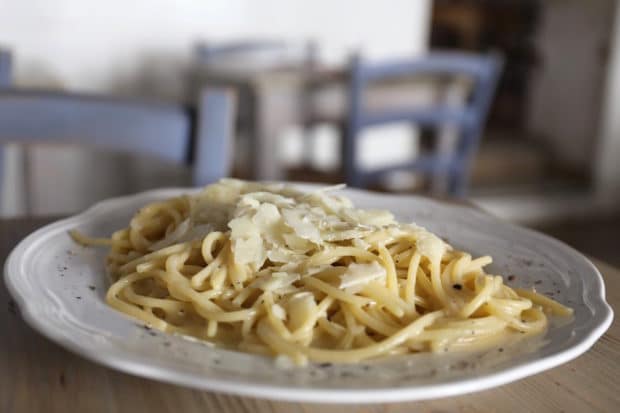 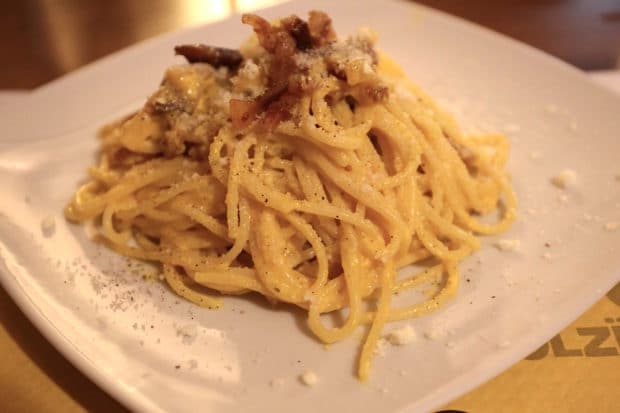 Spaghetti alla Carbonara is a classic Roman dish where piping hot pasta is mixed with raw egg, grated parmesan and black pepper so that the egg mixture cooks with the heat of the pasta. It is then tossed with pieces of pancetta. 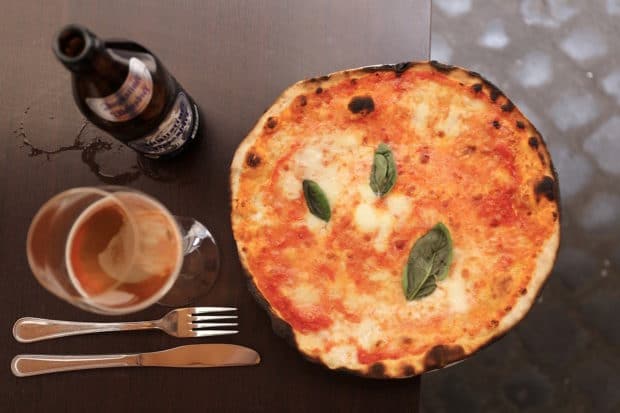 One can’t say they’ve been to Rome unless they’ve devoured a the city’s iconic thin crust pizza. One of the city’s most celebrated pizzeria’s is simply titled Emma’s where a hoppy crappy beer finds bliss paired with perfectly scorched Margherita di Bufala. 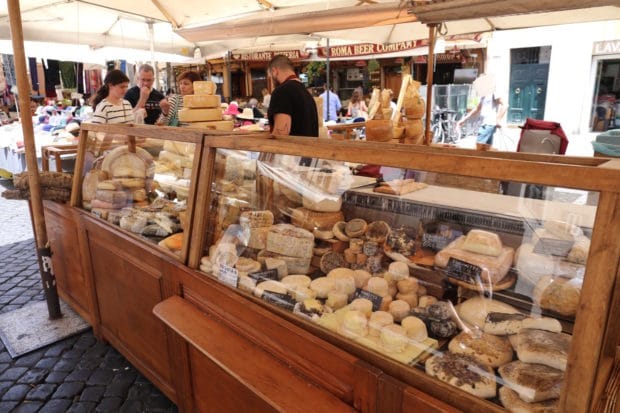 Cheese nerds take note! If you’re keen to pack a picnic head to Campo de Fiori’s popular al fresco market where seasonal fruit, cured meat and fresh bread are sold on the daily. Beeline to the market’s popular cheesemonger and you’ll find a buffet of Italy’s most treasured cheese’s. 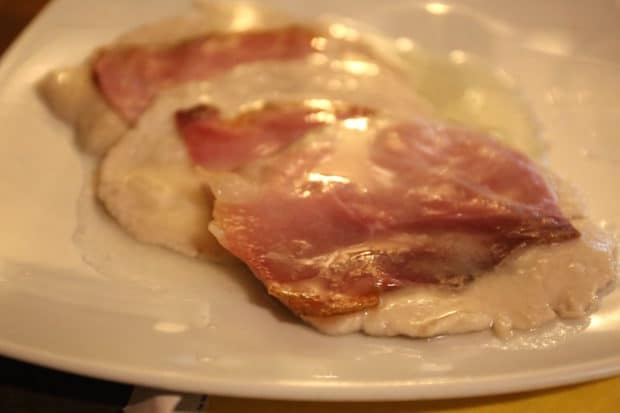 Saltimbocca alla Romana is a savoury veal dish that is so good they call it “jumps-in-the-mouth.” A veal escalope is layered with sage leaves and prosciutto then sautéed in white wine. 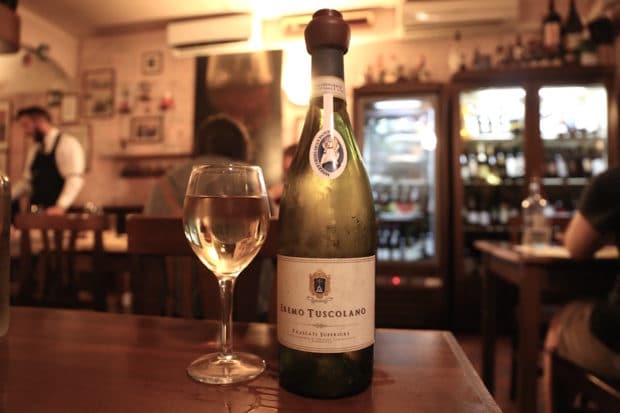 Frascati is the only high profile wine produced close to Rome (25 km southeast) in Lazio, Italy. It was one of the preferred wines of ancient Rome, Renaissance Popes and of the La Dolce Vita generation in the 1960s. Enjoy this dry and fruity wine ice cold. 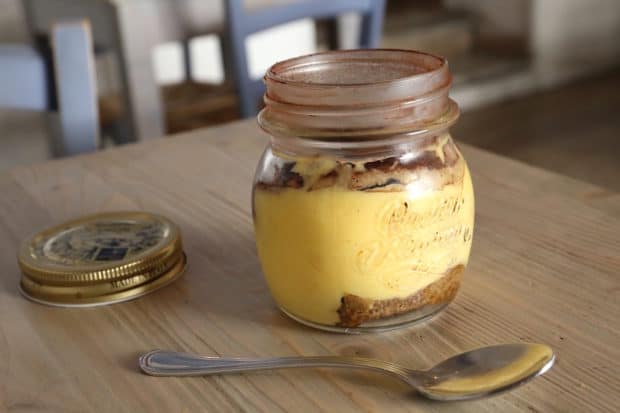 Tiramisu, meaning “pick me up” or “cheer me up” is a popular Italian coffee-flavoured dessert made of lady’s fingers, dipped in coffee, layered with a whipped mixture of eggs, sugar and mascarpone cheese and flavoured with cocoa. 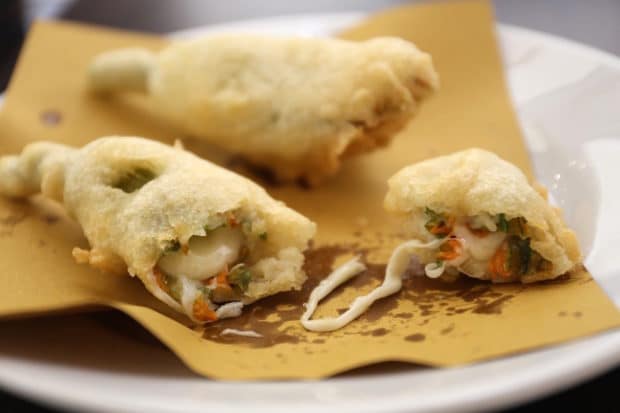 Delicate, deep fried zucchini flowers are a delightful indulgence in the warm summer months. These yellow and green flowers grow out of the side of the zucchini like enormous claws. Splurge on the buffalo mozzarella stuffed variety, covered in a light and crispy tempura which when pulled releases a mouth-watering string of cheese. 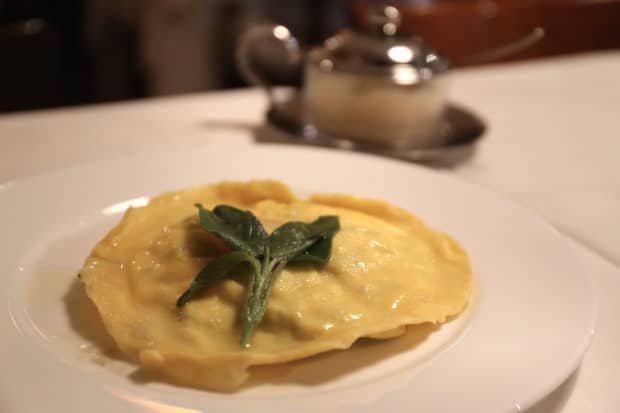 Trattoria Monti is one of Rome’s most buzzed about restaurants, located a short walk from Termini Station. It’s the sort of restaurant you need to book in advance. One of my fondest food memories from Rome was digging into the chef’s signature tortello, a massive ravioli stuffed with fresh egg yolk (which when sliced with a knife pours onto the plate), ricotta and spinach slathered in a simple butter and sage sauce.