Sorano Italy is a small town located in southern Tuscany, in the province of Grosseto.

The picturesque ancient medieval hill town is situated on top of a tuff rock. Its ancient stone houses are built along a ridge that overlooks the Lent River. Below the ridgeline are a series of cantine (local family wine cellars), dug of soft tufo, as well as a series of terraced gardens.

Looking for a picturesque historic village to explore in the heart of Tuscany? A visit to Sorano Italy offers cute cobblestone streets, a historic church, ancient fortress and a tour of underground military tunnels.

From the town’s best boutique hotel, guests can enjoy jaw-dropping panoramic views of the walled medieval village. Visit the best restaurant in Sorano Italy and you’ll find a magical atmosphere, as local dishes are served in candle-lit wine cellar.

Local historians assume Sorano Italy was initially inhabited by Villanovan culture. The first historical mentions of the town are found in the 3rd century BC, when it was an Etruscan city, influenced by its larger neighbour Sovana.

The medieval hill town mostly disappeared from history when ruled by the Romans. It became known again in 862 when a county was founded by Emperor Louis II, under the Aldobrandeschi.

They were the most powerful feudatories of southern Tuscany for over four centuries, disappearing in 1312 when Margherita, son of Ilbidrandino, died without any male heirs. His daughter Adelaide later married to Romano di Gentile Orsini, who added the city to his family fiefs.

The town changed hands frequently in large part to its enviable strategic position: it was part of the Republic of Siena in 1417; became independent in 1556; annexed to the Duchy of Tuscany and finally became part of the Kingdom of Italy in 1860.

Getting to Sorano Italy

If you’re planning a trip to Sorano Italy you’ll need to ensure you have a car as the region is rural and is not serviced by regular train or bus service.

It takes approximately 2 hours and 45 minutes to drive from Florence to Sorano Italy, or a shorter 2 hour journey from Rome.

Take the Autostrada del Sole and exit at Chianciano Terme. The shortest route is to follow indications for San Casciano dei Bagni, Pitigliano and then Sorano. From Grosseto, head in the direction of the Terme di Saturnia and continue to Sorano.

The pretty hill top town in Tuscany is a great place to book a hotel as a home base for a few days. You can enjoy several day trips from Sorano Italy by visiting nearby villages such as Sovana, Pitigliano and Saturnia.

Accommodation in Sorano offers an eclectic mix of historic boutique hotels and intimate B&Bs. We’ve included helpful links to the best hotel booking sites so you can compare prices and availability.

Things To Do in Sorano Italy

You can easily visit Sorano Italy in a day. But we suggest booking your accommodation here so you can explore the surrounding villages of Sovana, Pitigliano and Saturnia over two of three days.

If you only have time to visit Sorano Italy on a day trip, we suggest parking your car at the towns free parking lot near the Orsini Fortress. Walk to the tourism information office at the main entrance gate to pick up a map and information on any festivals that might be taking place during your stay.

Spend your morning walking through the cobblestone streets of the walled hilltop village. Explore the ancient gateways, historic church, and enjoy lunch at Cantina L’Ottava Rima restaurant. In the afternoon hike to Orsini Fortress to enjoy panoramic views and enjoy a guided tour of the historic military tunnels. At night grab a flashlight and enjoy an evening hike to Vie Cave, an ancient Etruscan roadway.

The imposing fortress was first built in the 14th-century but was totally renovated by Niccolo Orsini IV in 1552.

The top attraction in Sorano Italy, Orsini Fortress is considered one of the best examples of Renaissance military architecture in Tuscany.

Take a hike up to the castle and you’ll find two massive bastions, connected by a line of walls with a main gate. Before skipping through the main entrance, look up at the the coat of arms featuring monumental emblems of the Aldobrandeschi lords (two lions) and the Orsini lords (a bear).

The interior of the fortress walls feature remains of the ancient castle, with the round tower and draw-bridge now long forgotten. Today, the interior plays home to the Medieval and Renaissance Museum and Hotel della Fortezza.

The best way to experience the Orsini Fortress in Sorano Italy is by joining a guided tour of the military tunnels below. Architect Anton Maria Lari built corridors underground, featuring ventilation shafts to clear the toxic air from gunpowder. Contact the local tourist office for details.

The first is located at the bottom of the Orsini Fortress and leads into the historic centre of Sorano Italy. The second gateway is located close to Sasso Leopoldino, and features a coat of arms. If you look closely you can still see the signs of the drawbridge hinges.

Inside the old village you’ll find a labyrinth of alleyways and staircases that ascend and descend in meandering streets and give Sorano Italy a unique medieval vibe. Pass through the Porta di Sopra to enter the square and spend one or two hours skipping through the romantic cobblestone streets.

March up the staircase of the Masso Leopoldino (famous for its historic clock) as it offers a spacious terrace offering the best panoramic views of the village.

The church of San Niccolo stands in the heart of the medieval village of Sorano Italy. It was built by craftmen from Siena between 1290 and 1300, under the order of Countess Margherita di Monfort.

The original church is no longer recognizable as many 19th-century renovations and extensions have altered its original Romanesque appearance. The church is dedicated to Saint Nicholas, the miracle worker, Bishop of Myra who died in 326.

The best restaurant in Sovana Italy can be found by walking down a series of winding streets in the village’s Old Town. Cantina L’Ottava Rima is a hidden restaurant featuring a romantic dining room located in a local families historic wine cave.

Whether you visit during the day or bring a flashlight at night, we suggest enjoying a hike to Sorano’s famous Vie Cave.

The series of fascinating passages were dug out of stone in the territory between Sovana, Pitigliano and Sorano. The impressive ancient road network linked an Etruscan necropolis in Sovana to several surrounding settlements.

In Sorano the Vie Cave’s natural alleyways are narrow, often running deep into the hills and bedrock. Hikers can begin the route by coming out of the Porta dei Merli, and descending into the valley of the Lente River.

Near Poggio San Rocco and Poggio Croce there are several Etruscan tombs, which are as rock-cut cells arranged in rows, one above the other. Since the Middle Ages, these ancient tombs have become a shelter for pigeons. 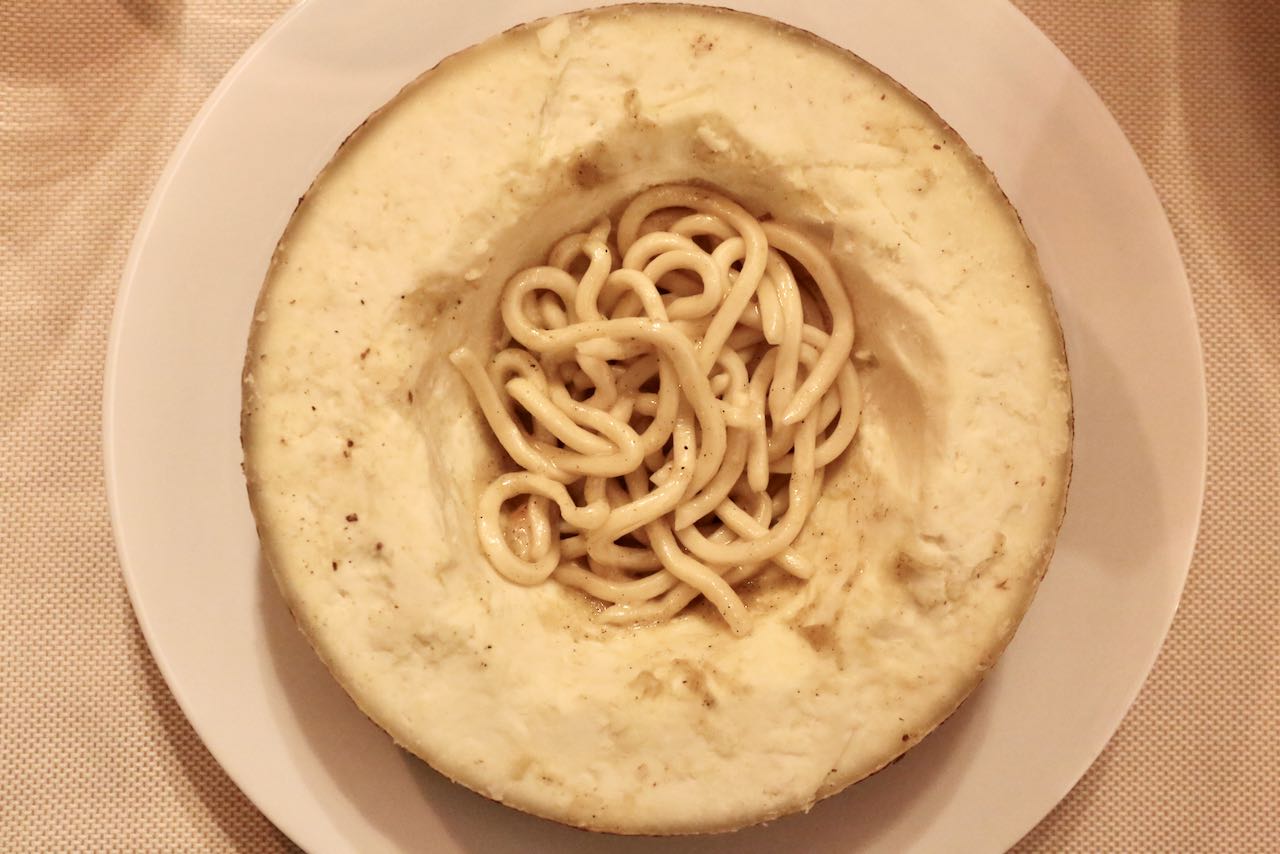 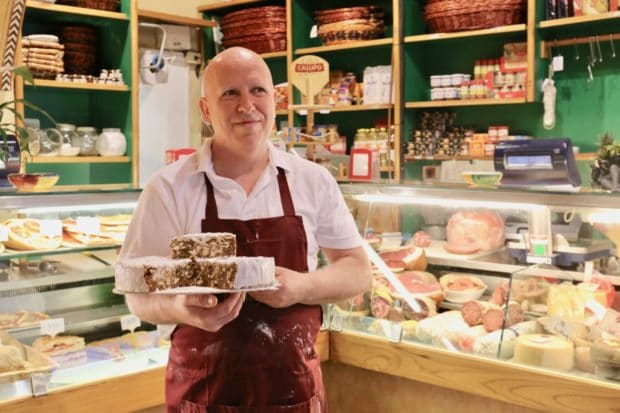 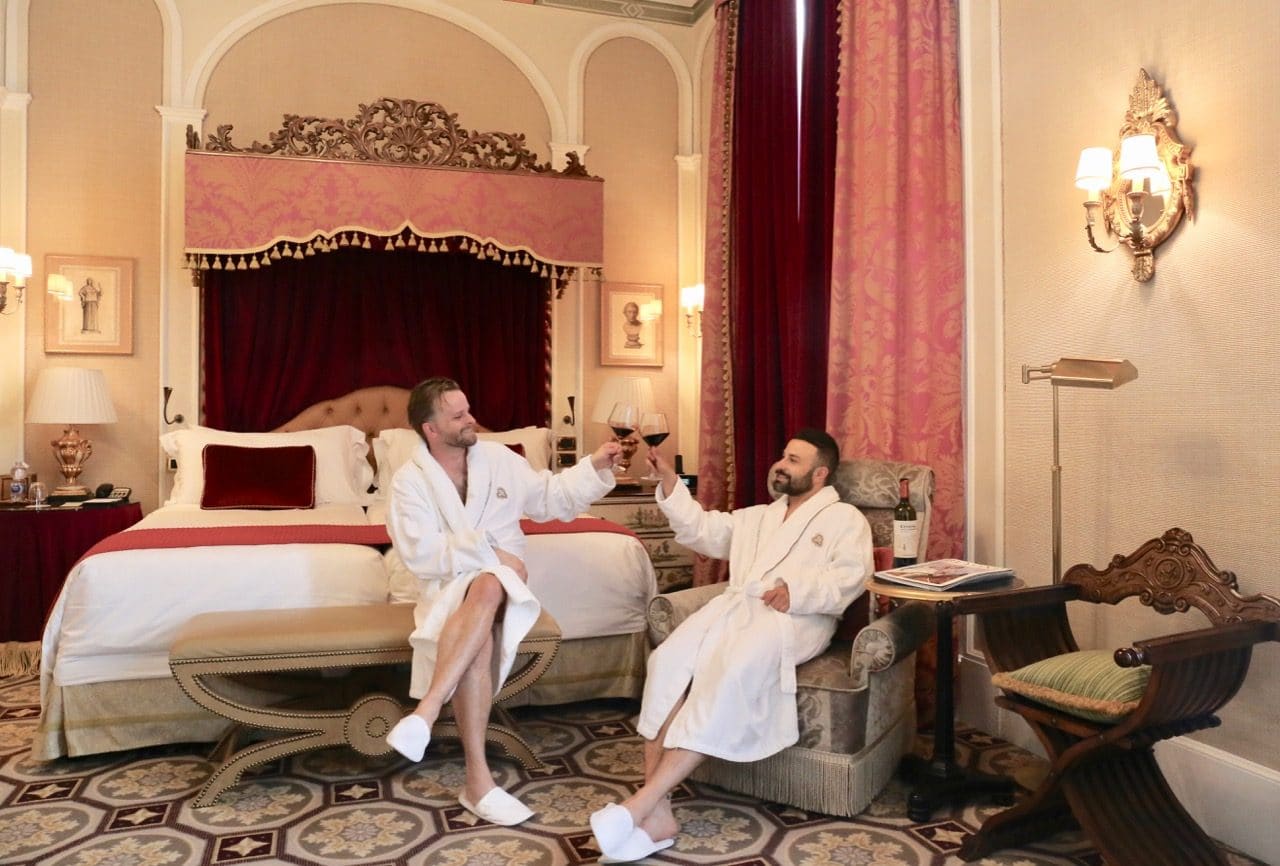