Cliff House Ardmore is ranked as one of the best spa breaks in Ireland.

The luxury boutique hotel and destination spa is located on Ireland’s southern coast, a short one hour drive from Waterford or Cork.

Fáilte Ireland recently included Ardmore on a shortlist of Ireland’s top tourist towns. The quaint seaside village is famously home to Ireland’s only hotel with a Michelin starred restaurant: The House at Cliff House Ardmore.

Cliff House Hotel in Ardmore stands out against Ireland’s choir of luxury hotels for its jaw-dropping location and otherworldly design. The resort’s architect is truly extraordinary, bravely building the hotel directly into the side of a windswept cliff.

Skip around the property and you’ll find your jaw constantly dropping. From the bar and outdoor terrace, to the restaurant, spa and you’re very own luxurious guest room, there’s always a postcard-perfect view of Ardmore Bay.

Boasting direct access to the sea, Cliff House Ardmore offers a selection of outdoor adventure activities, such as ocean kayaking, surfing, whale watching, fishing and rock climbing. There are also many beaches nearby worth exploring or you can hike to St. Declan’s Well along the famous Ardmore Cliff Walk.

The hotel also holds one of the largest collections of 18th Century Campaign furniture in the United Kingdom and Ireland. The furniture was originally brought to war by the Army Generals in the past.

Considered one of the best small luxury five-star hotels in Ireland, Cliff House Ardmore features just 39-rooms. The privately owned boutique hotel seems to defy gravity, clinging to a cliff on the south side of Ardmore Bay. From sun-drenched terraces and private balconies guests can enjoy Ardmore’s golden sands, lobster pots and dolphins that seem to offer friendly waves and winks from the sea.

Each of Cliff House Ardmore’s luxury rooms and suites are sea facing while many are interconnected to provide family-friendly configurations. Suites features wingback armchairs covered in Donegal tweeds, positioned by the floor-to-ceiling glass doors. There’s a small dining table inside and outside, as well as a desk area, fridge and tea and coffee making facilities.

Between the bedroom and bathroom, the wall is made of semi-transparent glass, soaking the space in sunlight. Spacious bathrooms feature oversized baths sitting on raised platforms and powerful rainforest showers. Luxurious toiletries are by Anne Semonin.

Rooms are elegantly decorated, with statement artwork on the walls, large, flat-screen TVs and fireplaces in both the bedroom and living area, and plump, soft sofas and armchairs.

Ranked as one of the best spa breaks in Ireland, guests at Cliff House Ardmore can enjoy a plethora of soothing panoramic views. Looking to enjoy an unforgettable Irish wellness retreat? Cliff House Hotel’s destination spa, The Well by the Sea, offers an expansive space to restore your spirit both indoors and outdoors.

Skip outside and you’ll find a natural outdoor rock pool, which can be enjoyed at full tide, for the more adventurous spa guests. If a quiet soak is more your thing, find a spot to sit in the circular outdoor heated Jacuzzi and relaxation terrace with two stone baths.

The Well by the Sea Spa Menu

Used in all Cliff House Ardmore spa treatments, The WELL at CLIFF custom product line was crafted to nourish the body. Designed by award winning spa consultants, each of The WELL at CLIFF beauty products are made from a blend of 100% natural ingredients including Irish peat, carrageen moss and hand crushed herbs.

The Well by the Sea offers a selection of unique signature spa treatments, perfect for couples looking to experience one of Ireland’s best spa breaks:

Executive Chef Martijn Kajuiter runs the culinary program at the Irish oceanside resort. Chef Kajuiter’s award-winning restaurant attracts foodies from all over the world to this tiny seaside village in West Waterford.

His parents ran a bistro and café in the Dutch town of Groningen. He was quick to rise through the ranks, working as Head Chef for De Kas restaurant in Amsterdam before moving to Ireland.

The hotel describes the chef’s unique culinary philosophy, “Martijn Kajuiter’s cooking plays true to his instincts, his elegant palette and his deep-felt love of food from the earth, field and sea cooked with technical precision. A maverick to the core, Martijn’s obsessive passion resists the influences and trends of his industry, his contemporary take on traditional Irish food combining modern presentation with true innovation.”

Head Sommelier, Mathieu Le Crom, has worked as a sommelier at Cliff House Ardmore since October 2017. He previously held a sommelier position at Le Negresco Chantecler in Nice, France. The wines here reflect a true diversity of styles and countries from both the old and new worlds.

The culinary team at Cliff House Hotel works on a multi pronged approach to bring together solidarity, organic farming and respect for biodiversity and the environment.

The kitchen does not use exotic fish or fish born from intensive, destructive practices. All seafood is sourced from local suppliers and sourced according to the seasons. All efforts to minimize and reduce waste are made by all members of the culinary team to align with the hotel’s eco friendly strategy to cut down on waste.

Martijn also spearheaded a unique initiative when he joined Cliff House Ardmore: he set up a kitchen garden with polytunnels that is supported by the St Raphael’s Centre in nearby Youghal where people with special needs work and grow seasonal vegetables outdoors.

If you’re keen to learn more about the hotel’s relationship with local Irish producers review the list of local Waterford farmers and culinary artisans to get an idea of the region’s finger-licking-good bounty.

While Cliff House may be one of the best spa getaways in Ireland, it’s the hotel’s Michelin-starred cooking that makes it an unforgettable weekend away.

The House Restaurant is the only Michelin-starred hotel concept in Ireland. The fine dining experience comprises both a tasting menu as well as à la carte options. Enjoy Ireland’s pretties plates in an unpretentious ocean-facing, glass-walled room with a sea-coloured carpet, silvery velvet banquettes and plush tweed chairs.

Wag your finger down The House Restaurant menu and you’ll find a parade of imaginative Irish dishes:

Cliff House Ardmore’s sister restaurant is a more casual affair. The interior of The Bar Restaurants is dominated by a curved walnut bar reminiscent of a tall sailing ship. Peak behind the bar and you’ll find shelves that are replicas of grappling hooks used by local fishermen from brass hook ends.

In the colder months a warm fire booms, creating the intimate and cozy feel of a traditional Irish pub. In the warm summer months, hungry guests flock to the stone terrace who wine and dine while perched over the hotel’s dramatic cliffside.

The Bar Restaurant menu is a sophisticated and easygoing homage to fresh Irish produce:

Fans of the British midday snack ritual of Afternoon Tea can enjoy an elegant three-tiered service while sipping loose leaf.

Cliff House Ardmore’s Afternoon Tea runs from 2-5pm in The House Restaurant on the last Sunday of each month and is priced at €45 per person. During the holiday season you can book a table for High Tea during more frequent weekly seatings in December.

You May Also Enjoy Reading Our Stories on Dublin…

Each morning hotel guests wake up to the world by feasting on a decadent Irish breakfast. Bruch each morning is hosted in on the sun-soaked terrace or tucked in at The House Restaurant’s white tablecloth topped dining tables.

Breakfast fans are treated to a pot of tea or coffee, freshly pressed juice, fruit salad, organic yogurt and toast. A selection of freshly baked pastries and breads such as croissant, danish, scones and soda bread are also served with Irish butter and preserves. A seasonal hot breakfast menu is also provided for those keen to enjoy a Full Irish Breakfast, pancakes, waffles or a simple plate of fried eggs and bacon.

You May Also Enjoy Reading Our Stories on Belfast…

No trip to Cliff House Ardmore is complete without a stroll along the town’s famous and ancient hiking trail. The Ardmore Cliff Walk trail conveniently begins just outside the hotel’s car park. The 4km trail is ranked as one of the best hikes in Ireland, offering access to breathtaking ocean views, wildlife, and ancient ruins.

Ardmore’s Cliff Walk takes approximately an hour to complete without photo stops. So if it’s a leisurely Irish stroll you’re after, plan for 1.5-2 hours. 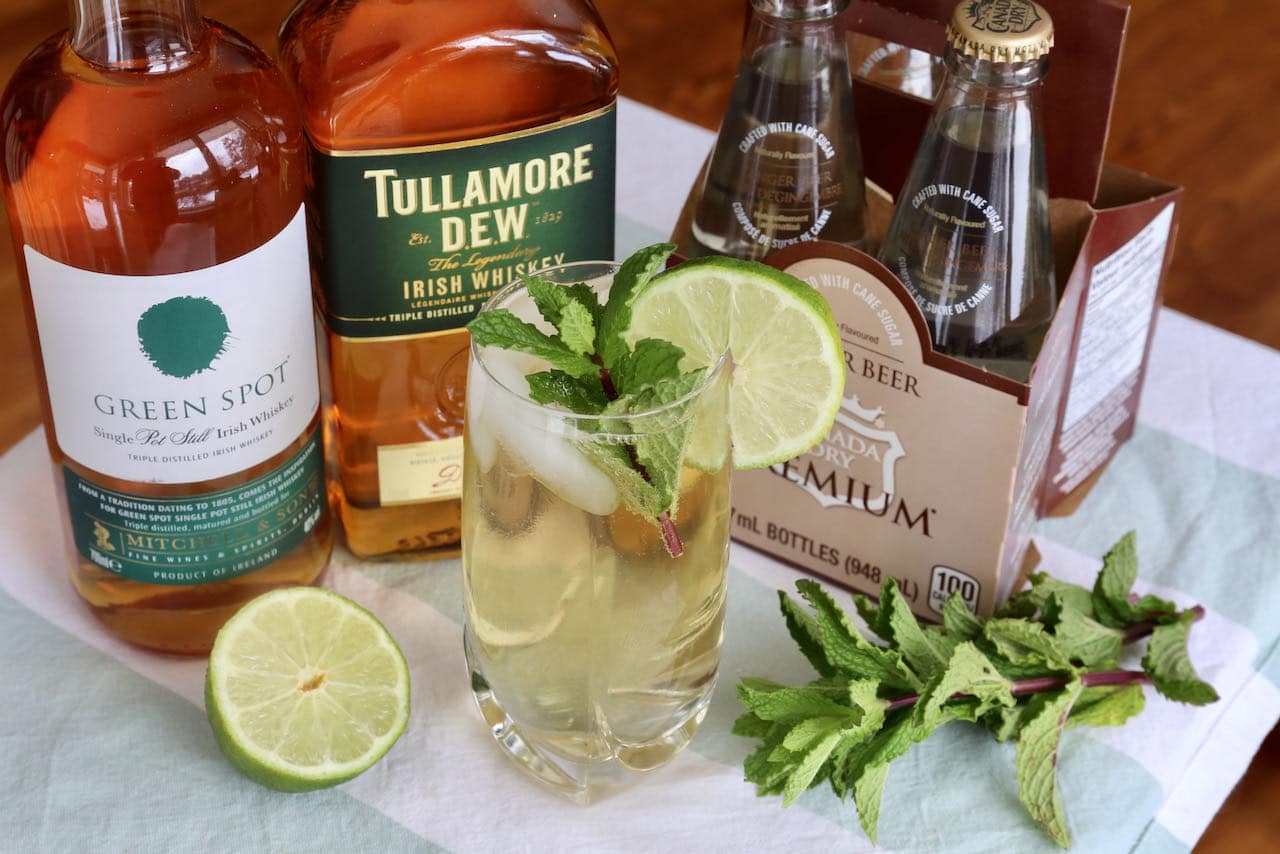 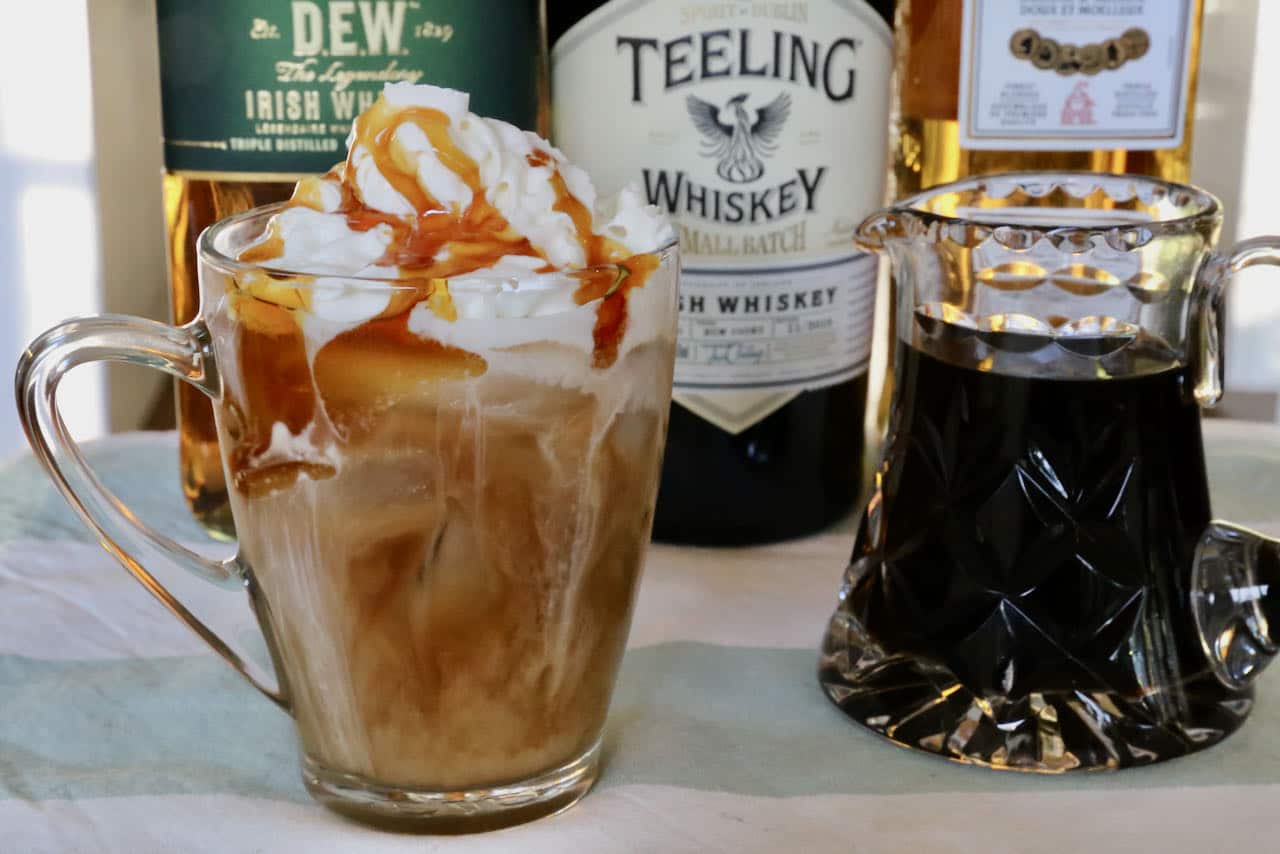 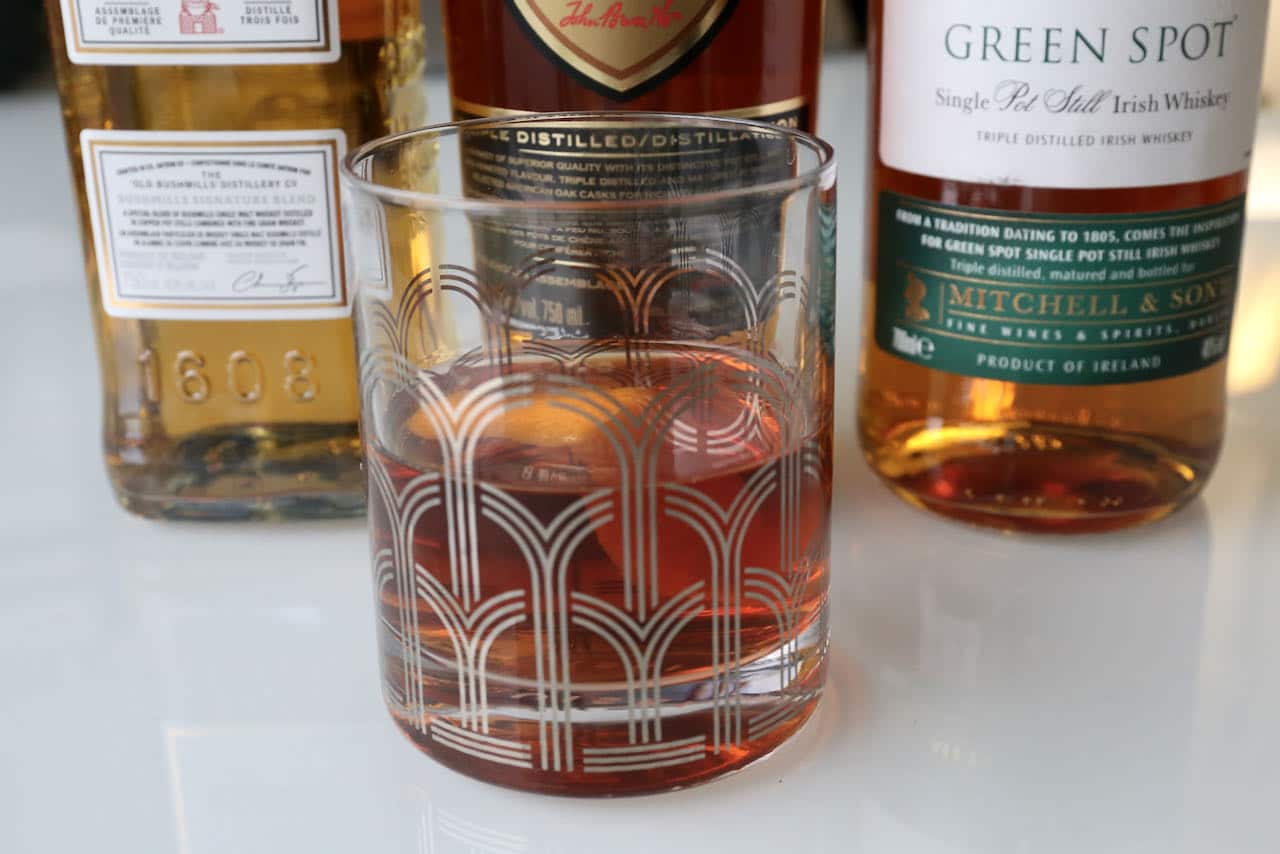