Stand up comedy aficionados recently basked in a week of hilarity as the fifth annual JFL42 festival took over Toronto with an impressive list of international and homegrown talent. Most notable were the collection of funny gals who took over the stage. 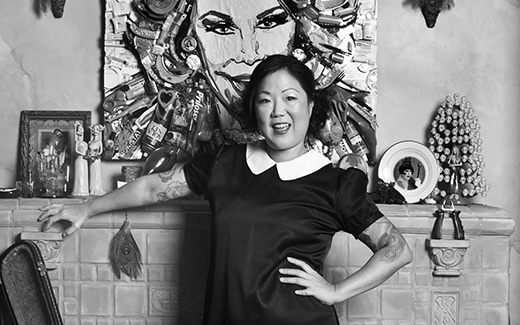 Don’t be fooled, while Margaret Cho has been a household name since her 1995 sitcom All American Girl, her material remains edgy and timely.

Cho took her set to some pretty revealing places, including stories about her addiction issues. Mouths were on the floor when she recounted her days spent partying with the late Anna Nicole Smith.

Her banter with a gay man in the audience questioning if he would perform oral sex on a woman in an effort to destroy ISIS brought the audience to a standing ovation.

Hats off to Cho for featuring trans comic Ian Harvey as her opener. The duo proved that despite race or gender, funny is funny. 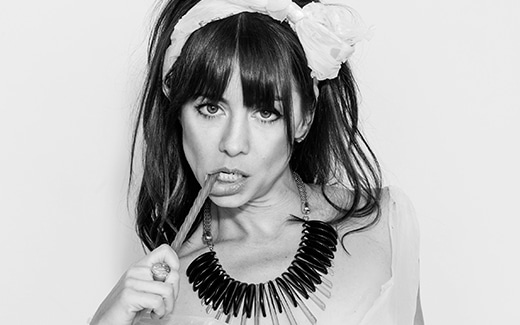 Fresh off the premiere of season two of her reality-meets-period satire Another Period, Natasha Leggero brought her razor sharp wit to the JFL42 stage with an impressive set that explored motherhood, social media and millennials (she humorously addresses them as “interns”).

While most recognize Leggero from her appearances on the Comedy Central roasts (who can forget her wicked jabs at Justin Bieber), it’s her live stand up skills that are truly impressive.

While Leggero has mastered the art as roast master supreme, it’s her eye for cultural commentary and storytelling that slayed the house. A bit about TLC’s ‘My Strange Addiction’ saw her summarizing a ridiculous episode about a woman addicted to eating couch cushions.

Leggero closed the show joined by comedian (and husband) Moshe Kasher, where they brought a couple up on stage for an impromptu relationship counseling session. Talk about bang for your buck. 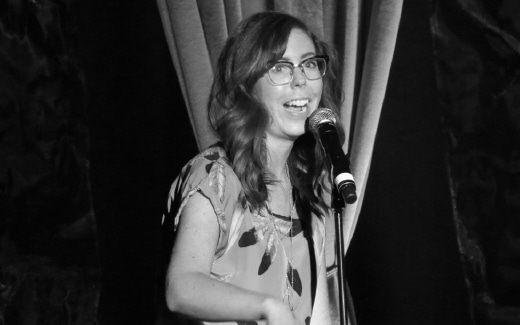 While JFL’s audiences are treated to plenty of international talent, sometimes it’s the homegrown comics that shine the greatest. Enter Amanda Brooke Perrin. This Canadian Comedy award nominee and winner of Best Female Standup in Now magazine’s Best of T.O. took over the Comedy Bar’s cabaret space with an intimate show that proved why she’s one to watch.

While her shtick as a bookish ginger never ceases the LOL’s, it’s her musings about dating, childhood and regrettable tattoos that really hit the funny bone. A highlight of Perrin’s set featured a bit about the 90’s film Beethoven where she reads some questionable IMDB reviews.

Perrin’s effortless charm and ability to chat up her audience do not go unnoticed – a fun turn in the set saw her coaching a couple that recently broke up. Talk about juicy!