Canadian Stage and Théâtre Français de Toronto have joined forces to coproduce Five Faces for Evelyn Frost, an innovative theatrical experience that examines how social media transforms human relationships while challenging the notions of authenticity and truth. While these days ‘fake news’ scandals dominate the press, the work of Guillaume Corbeil perfectly resonates with our current climate.

Claude Poissant helms this new production, a cutting-edge Québécois play that enthralled its Montreal audience before seducing Europe. Adapted for Toronto audiences and translated by Steven McCarthy, the production is presented for the first time in English from February 14th to March 5th and in French as Cinq visages pour Évelyne Frost from March 21st to March 25th (subtitled in English), at the quaint Berkeley Street Theatre.

It’s one of those plays where the conversation after the performance is just as consuming as the play itself. It reminded me of what theatre should be, not allowing you to feel indifferent but leaving you a bit changed…stretched. This show draws our attention to the dangers linked with treating people as things to consume and the slippery slope associated with preferring a virtual existence to the here and now. 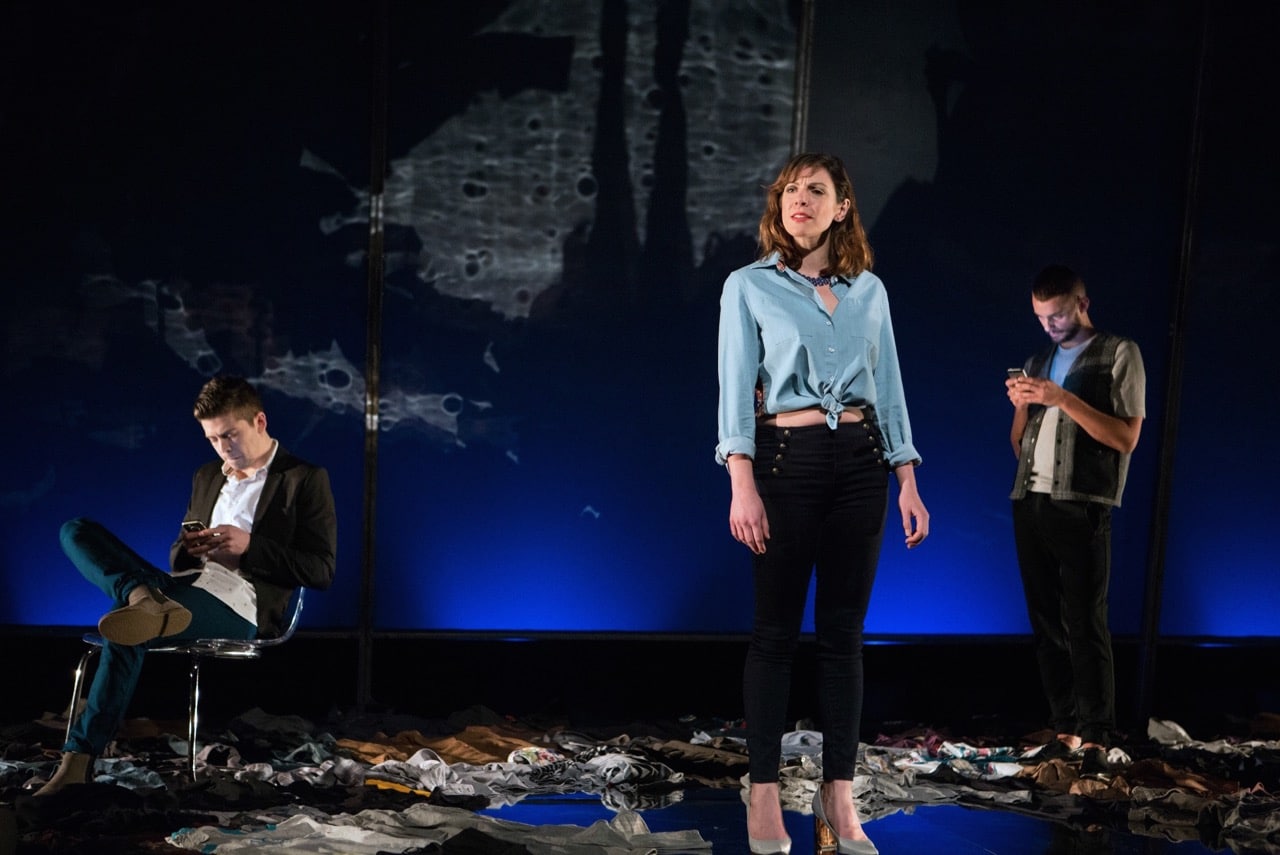 Meticulously crafting their lives around their social networks, five friends vie to increase their online status and worth, always pushing each other toward the extreme of who knows themselves better. Who has a more complete profile? Who has listened to, read, done, cared, seen, or been to more places than the other? Flirting with indecency and the irreparable, each member tries to out do the other with a string of tiny omissions, purposefully produced perfection. Superiority and self satisfaction the end game. It’s a bottomless pit where anxiety ensues. Your mind gets tickled then trapped as each friend boast about the same notorious night out.

With the clever use of projections, audiences see what’s posted then dissected among the pernicious pals. Seeing only what they want us to believe, keeping us at arms length, nose pressed up against the glass, indulging audiences in their most voyeuristic tendencies. The show stars five young bilingual actors: Laurence Dauphinais, Steffi DiDomenicantonio,Tara Nicodemo, Nico Racicot and Alex Weiner who seduce using a slew of abbreviations and social media jargon causing intense reflection on the biggest game changer in society. 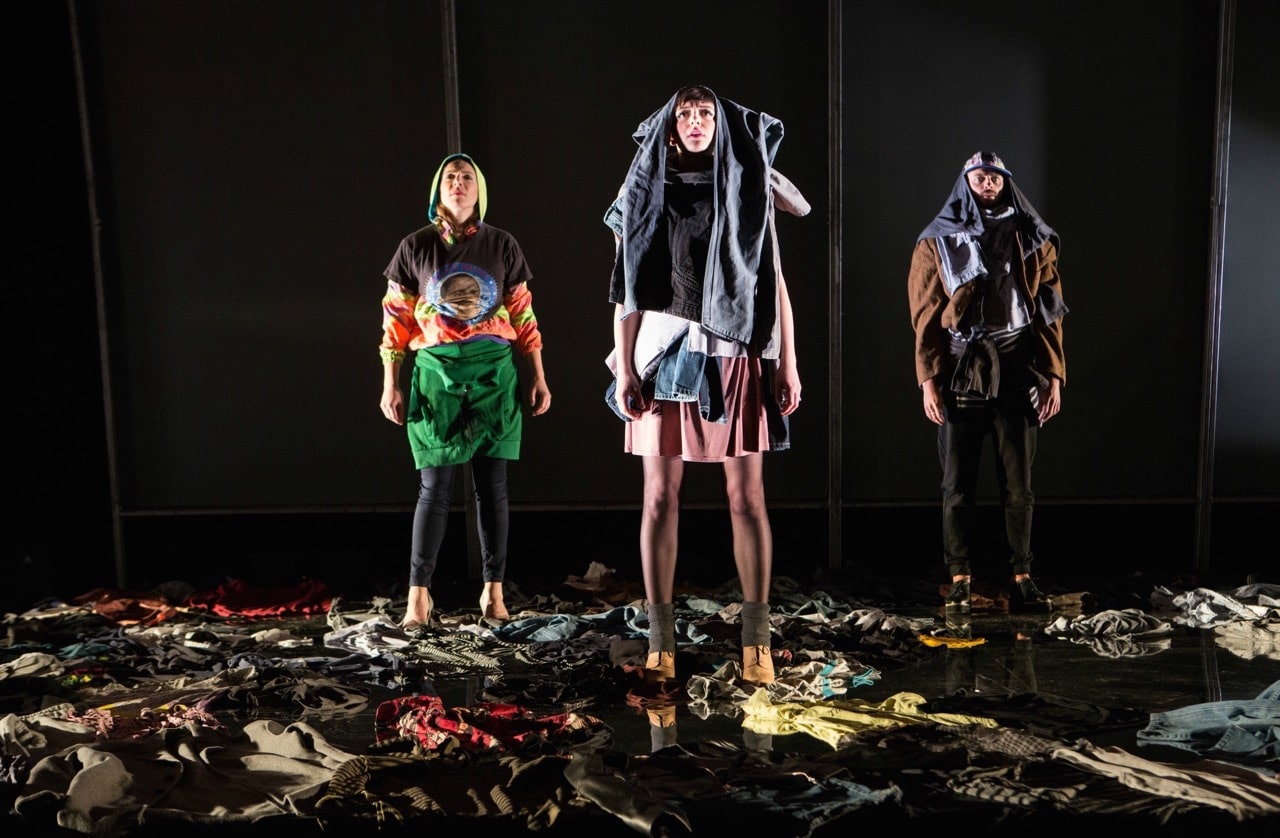 An interview with Actor Nico Racicot

What did you think when you first landed this part?

I was so excited because it’s exactly the kind of theatre that thrills me. I saw the original play in French when it was first performed at the National Theatre School of Canada and I was flabbergasted. I remember thinking “That’s what theatre is!” I was so shocked by it.

What do you love about this character?

That it’s not a character but a representation of a social media profile. I get to be removed from all emotions and explore the cynicism of the play.

What’s the biggest challenge about taking this role?

Most plays have a traditional narrative that usually evolves organically, but this show isn’t like any other show I’ve seen or been part of. Since each character is in many ways an online profile, learning my lines and my cues were by far my biggest challenge.

What do you think is going to surprise people about this show?

The beautiful ugliness of our humanity and how far we are willing to go to get attention. It’s a compelling mirror image of our society. “Black Mirror meets Theatre.” 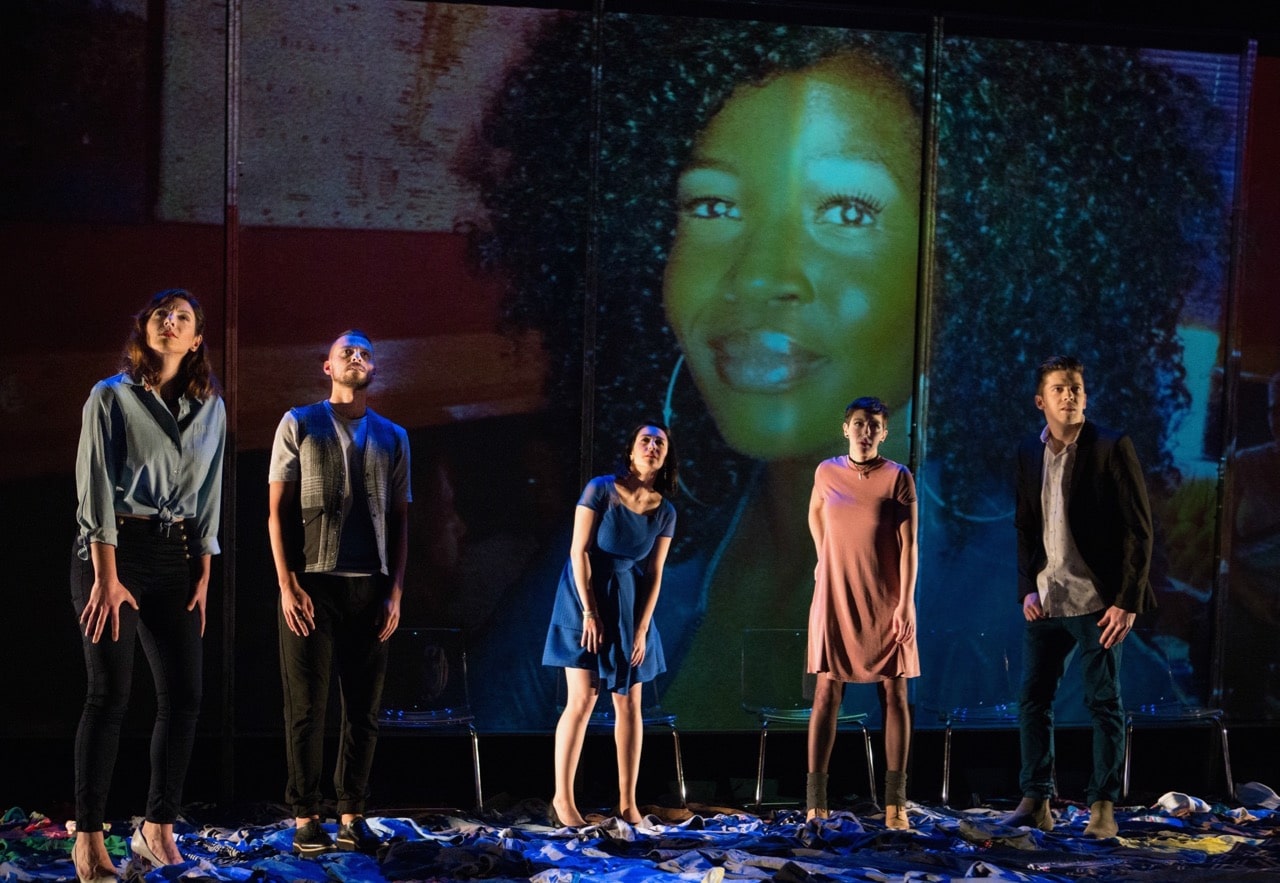 Why do you think there is such a need to affirm selfhood through social media presence?

Because that’s where we are in our evolution and I believe people are bored, unhappy and in constant competition with themselves, their friends and even strangers. I don’t think having a social media presence is healthy unless done for the right reasons, but it seems to be a nice and temporary escape for people to create the life they wish they had, a picture perfect reality that is altered from the truth. Ultimately we are longing for a better world.

Why is this project being mounted in Toronto, now?

Because there is a serious problem with social media and the pathological behaviours that are emerging because of it. Seeing the show will be a nice way to take a step back to look at ourselves and reconnect with our core values.

Why is the show being performed in both English and French?

Both companies (Théâtre Français de Toronto and Canadian Stage) share a desire to introduce important Québec-based playwrights to Canada’s largest theatrical hub through new readings and productions created principally by Toronto-based artists. As a born and raised francophone it’s a way to say “I am here too!” and we have a very big presence in the city.

In many ways social media affects everyone negatively, but it has the power to make a positive change. Within it, you get to learn from others who share different opinions and views and if used properly and consciously, it could be a great tool to elevate each other and hopefully be the change we want to see in the world. We are all one, let’s treat each other as such.