Eye opening and thoughtful, Simon Stephen’s Olivier and Tony Award-winning play, The Curious Incident of the Dog in the Night-time based on the novel by Mark Haddon, has finally arrived in Toronto. With an extraordinary visual experience, the production stimulates and confuses our senses, exposing the audience to what a world on the spectrum looks and feels like.

It gives us perspective into the condition and challenges associated with the disorder such as difficulty with verbal and non-verbal communication, social skills and repetitive behaviours. The National Theatre’s touring production is presented by Mirvish and runs through November 19th at Toronto’s Princess of Wales Theatre. 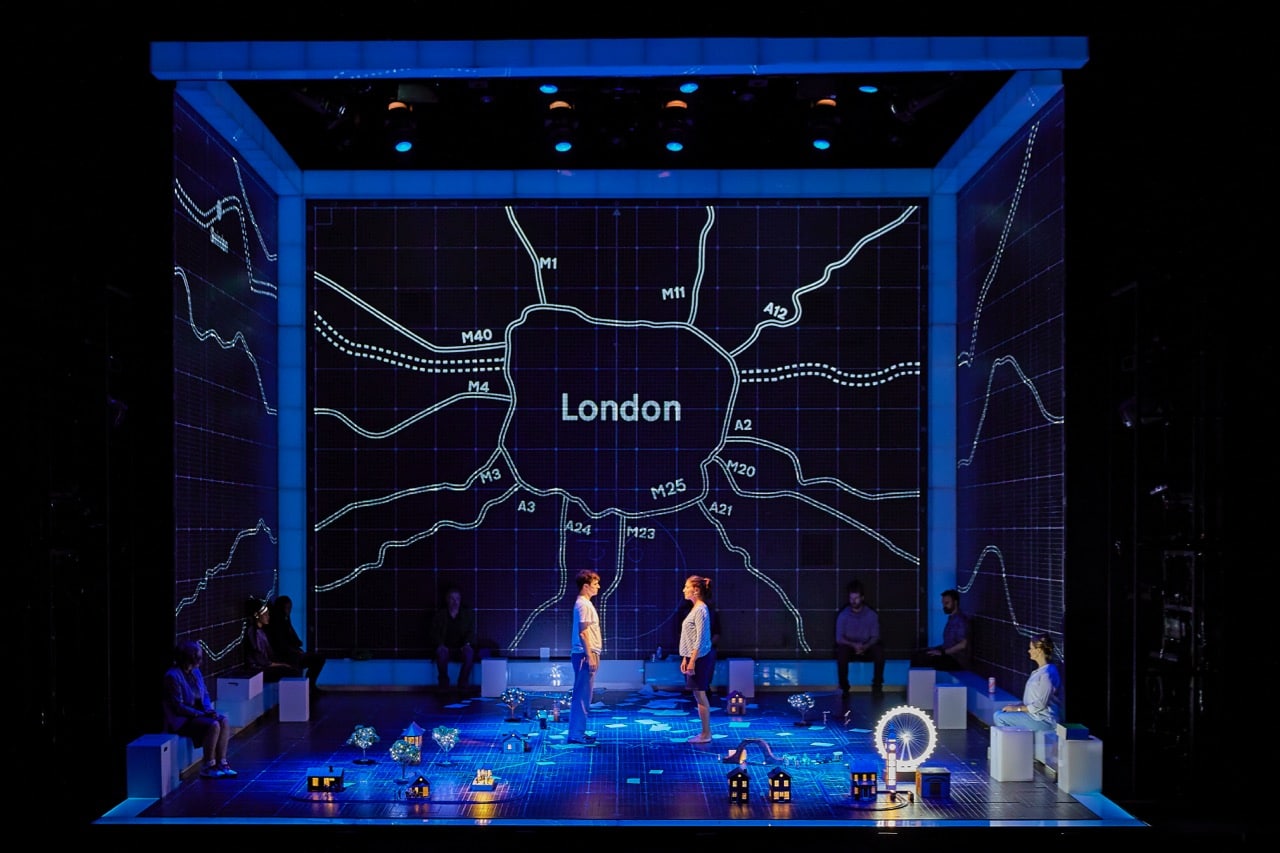 The play follows main character Christopher Boone (Joshua Jenkins) a fifteen-year-old who does not like being touched or the colour yellow. He does not like lying and thus prides himself on being totally honest. He does like his pet rat, Toby and math. Christopher is excellent at math, a central theme in the play. 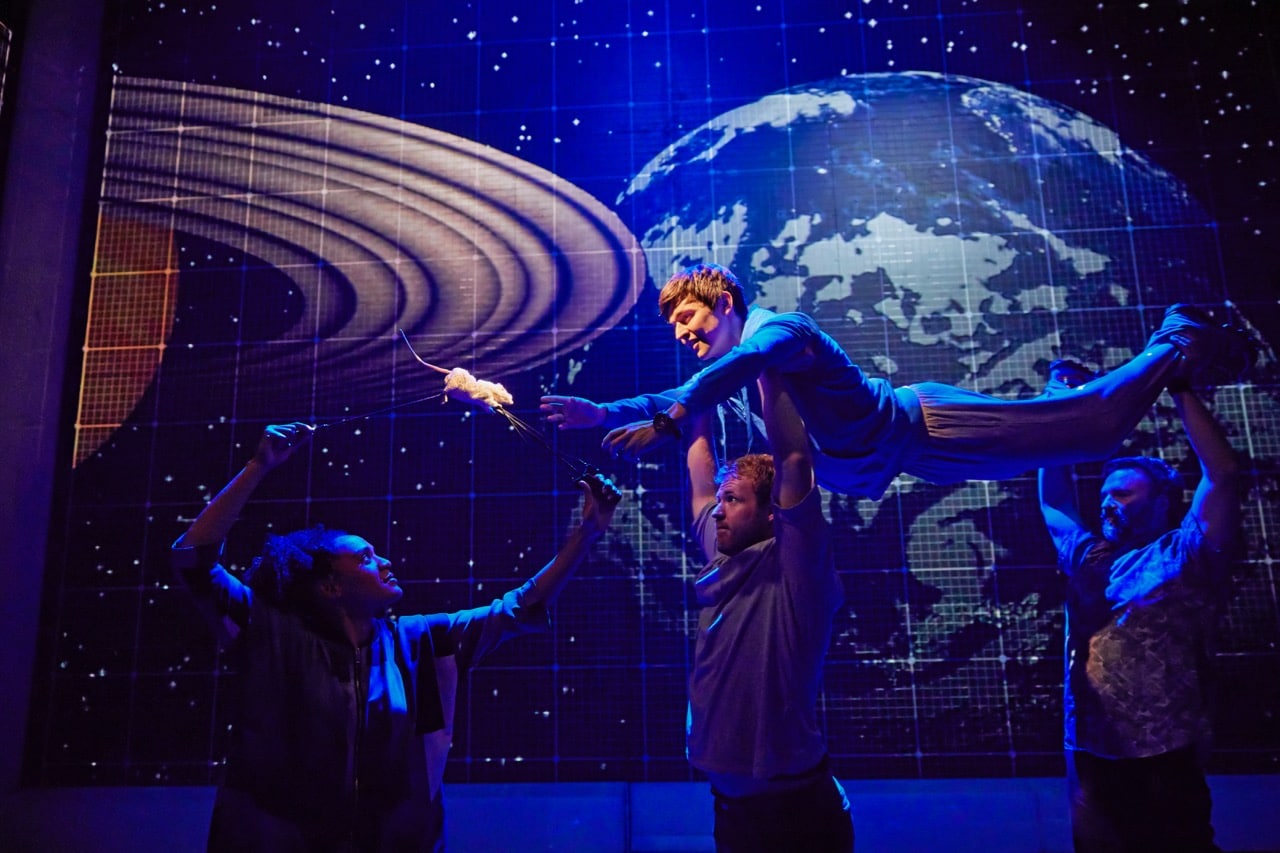 After the sudden murder of his neighbour’s dog, Wellington, Christopher decides to do some detective work to find the dogs killer. What seems like an innocent pursuit quickly leading to more and more questions, not only about Wellington but his very own parents and their marital challenges/lies. Christopher’s obsession and new clues lead him to new information pushing him further and further away from his comfort zone, testing his abilities and courage, in the pursuit of truth. His bluntness and honesty forces everyone interacting with him to think more critically about what they say and how they speak.

Joshua Jenkins offers a stellar performance, authentically showcasing the life of a boy with autism: his body remains stiff, never relaxed, each word pointed and precise. Running around the stage – including the walls! 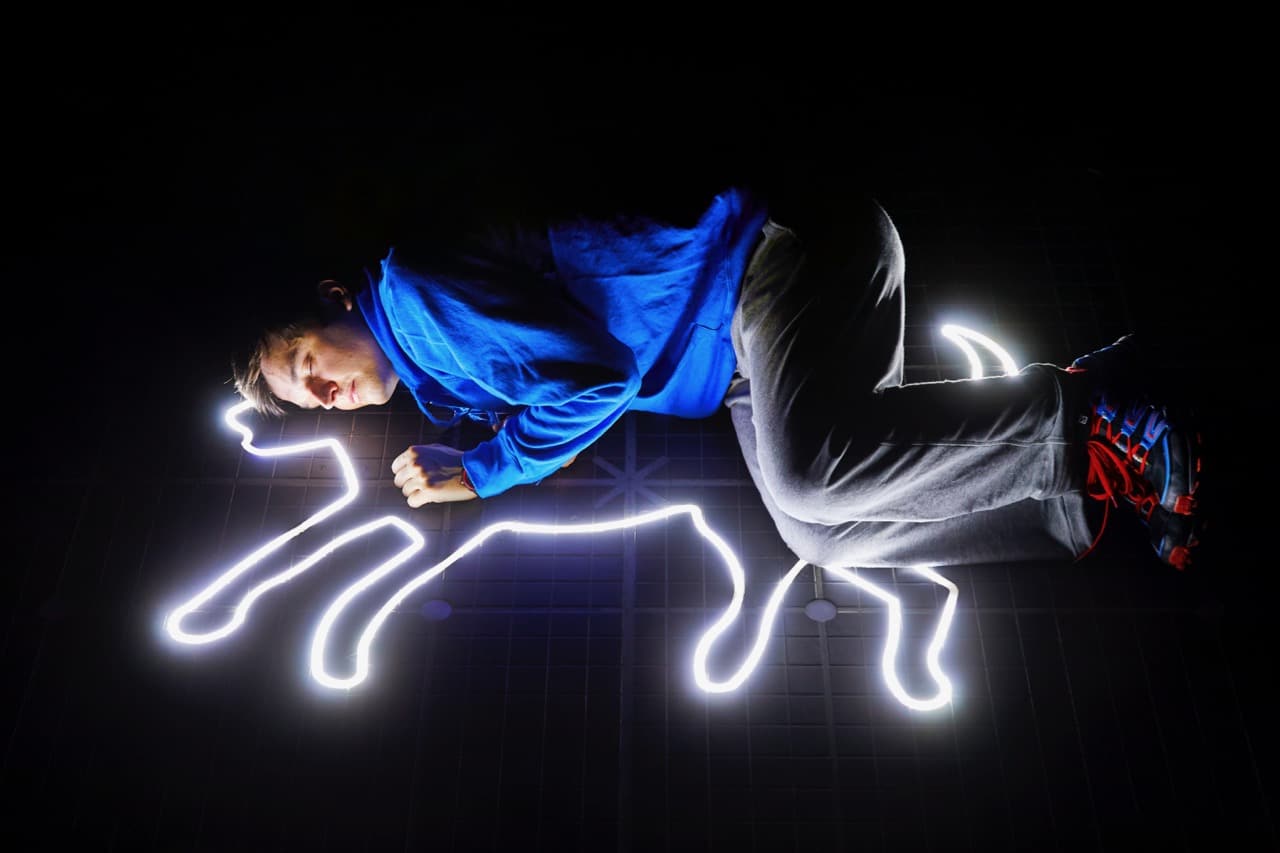 The set design is what really makes the show come to life. A mathematical grid that covers the stage, up the walls and to the ceiling. The placement of small set pieces combined with drawings and simple projections onto the grid allows the audience to really see inside Christopher’s mind. He is obsessed with details and speaks a mile a minute when explaining anything, his thoughts seamlessly scribbled onto the walls of the set keeping us on pace. This is a story that takes us outside of ourselves and dialed in to observations of the world and how we interact with one another.