Frances McDormand deserves a standing ovation for her performance as Mildred Hayes in the dark dramedy Three Billboards Outside Ebbing, Missiouri. The film wowed audiences at TIFF so much this year that it took home the coveted Grolsch People’s Choice Award, which has McDormand firmly placed at the head of the race in the Academy Awards marathon this winter.

Strong, brave, no time for bullshit, and desperate for justice, Mildred is a small-town hero hellbent on getting answers. After months have passed without an arrest in her daughter’s terrifying rape and murder, Mildred makes a bold move, paying for three billboard ads leading into her town with a controversial message for revered chief of police William Willoughby (Woody Harrelson). When his second in command, Officer Dixon (Sam Rockwell) – an immature mother’s boy with a history of violence – gets involved, the battle between a determined single mom and local law enforcement escalates. 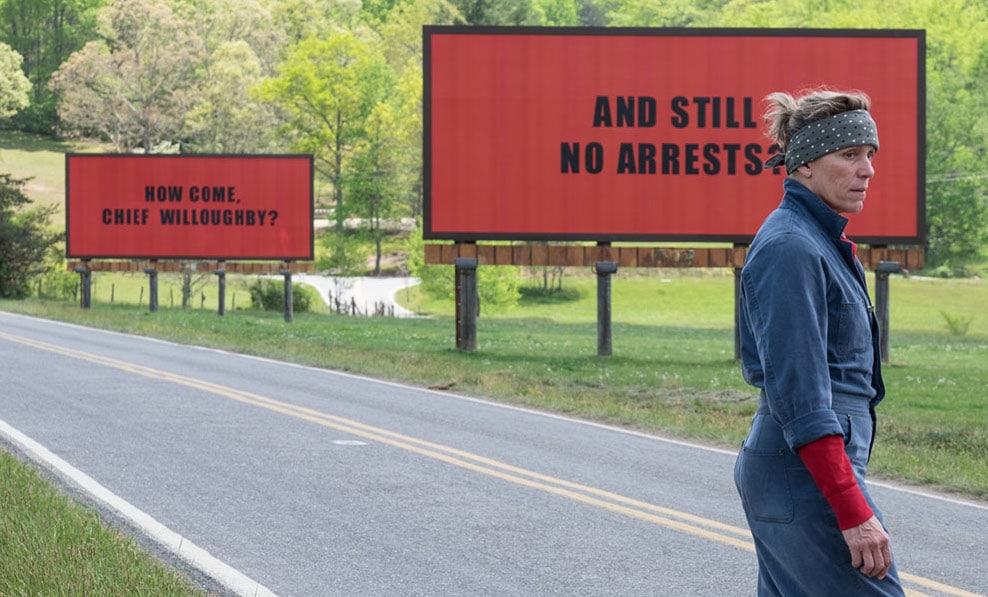 Director Martin McDonagh perfectly balances dark comedic moments with a smart narrative which is both unpredictable and filled with deeply moving performances. On its surface, the film is about grief, justice, forgiveness and anger. Yet Three Billboards offers endless layers of observational moments, offering a social commentary on small town America’s racism problem, stoic sexism, and homophobia.

While Mildred’s story is heartbreaking and her actions often bombastic, we soon discover she’s the unassuming feminist hero we’ve been longing for – a single mom in a small town, resilient survivor of domestic abuse, poor but getting by, yet determined to find answers in a community where men rule the roost.