One of the great things about the Toronto International Film Festival is that not only do you have the opportunity to watch the best films that Hollywood has to offer but you’re also exposed to films from other parts of the world you may not otherwise get the chance to see. Through TIFF’s City to City program, we get to see a snapshot of what’s hot in a particular city. This year’s focus was on Lagos, Nigeria.

Hip, modern, and bursting with creative energy, the young adults of Lagos straddle the line between traditional Nigeria and Western cultural influence in Green White Green. Uzoma, Baba, and friends, months before the beginning of their university studies, begin to question the direction they’re headed in. They spend their days playing videogames or competing in impromptu yab-offs (improvised insult matches where the insult that gets the most laughs wins). 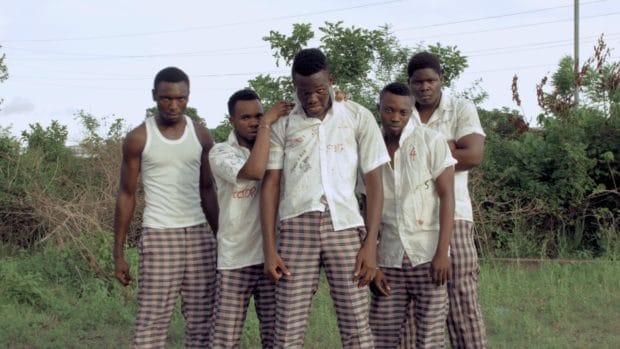 Uzoma, the painter of the group struggles to sell his work on the street, and will readily wait all day at a local art gallery for a chance to speak with the owner. Baba experiments with his first short film, even if the set is just his own backyard. Green White Green presents a city of vivid colours and vivacious inhabitants. For director Abba Makama, creativity is at the centre of identity and the only way forward for this bohemian crew is to embrace their art.

Abba Makama was born in Nigeria but studied business management at the State University of New York and film at New York University. He directed the films Direc-toh in 2011 and Party of Ministers in 2012 before taking on Green White Green. He was also nominated for an African Movie Academy award for the documentary Nollywood. “I fought to make this film come to fruition despite many limitations,” says rising filmmaker, Abba T. Makama. “The film is a great departure from the typical Nollywood story and I wanted to express the experience of many young Nigerians who are lost inside a culture and history they are coming to grips with.” 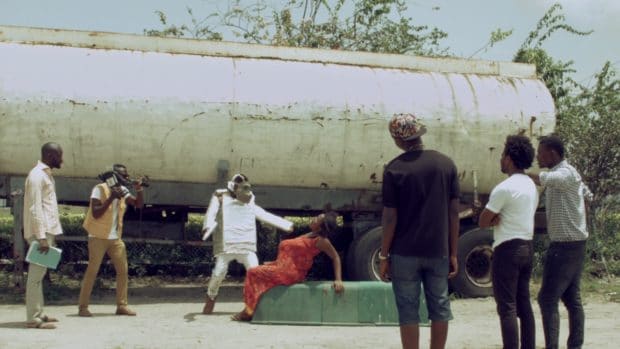 The cast ranges in experience from someone who has many TV appearances such as Ifeanyi Dike who has been on shows like Disney’s Desperate Housewives Africa, MTV’s Shuga, and BET’s Top Actor Africa to Jamal Ibrahim who’s appearance in Green White Green is his first role. But regardless of their filmography (or lack thereof), each of the actors are a good fit and mesh well on screen.

Aside from the cast, there are several reasons to like this movie. The sound track is great. The music is hip but with a blend of African sounds which makes it a good reflection of the movie itself. The opening of the movie is an interesting take on the introduction as it gives a good overview of Nigeria, its people, and its culture but still exists as part of the actual storyline. The way the movie is shot is visually appealing because it resembles a Solange Knowles music video or a movie from Spike Lee. Overall, watching Green White Green is like spending an afternoon with friends. It’s both fun and funny and will leave you a little more knowledgeable than when you started.