Summer is finally here and there’s nothing I’d rather do in the hot heat then work on my tan while flipping through a new book. Canadian bookworms delight in the warmth of June, July and August as they prance through prose on the cottage dock, rest in the shade in a pretty city park or sip a cocktail at sunset in the backyard.

This summer Indigo invites Canadians across the country to #ReadTheNorth. Indigo’s patriotic campaign seeks to promote Canadian literature and the home grown heroes who write books that inspire us from coast to coast.

To celebrate the launch, Indigo is hosting an Instagram contest June 29th to August 1st. Fans are asked to Instagram their interpretation of #ReadTheNorth in a creative and engaging photo, for the chance to win one of two $500 gift cards. Check out Indigo’s #ReadTheNorth shop online as well as in-store to help find your next favourite Canadian book. 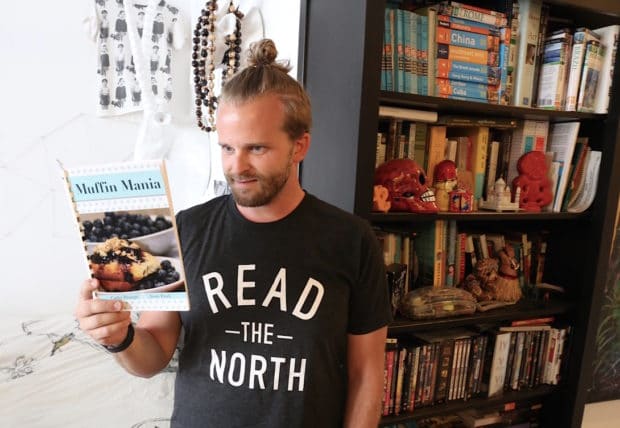 While recently rummaging through my bookcase I quickly plucked my favourite Canadian cookbook. I couldn’t help but giggle as I flipped through Muffin Mania by Cathy Prange and Joan Pauli. It was the first cookbook my parents ever bought for me as a wee one. Muffins were the first tiny treat I mastered in the kitchen and fondly remember standing perched on a chair at the cottage helping my mother slowly fold local blueberries into a lemon zest adorned batter which bubbled and squeaked moments before soaring into the oven.

I still use the book to this day, all of the recipes are perfection and upon reflection I can’t help but spread a smug mug as I realize that Muffin Mania inspired me so many years ago to embrace my passion for the art of baking. Let’s just say my family was not shocked in the slightest when I embarked on a colourful career as a food and travel writer. 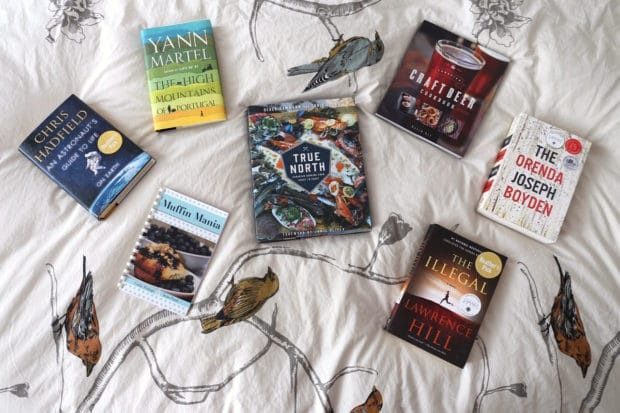 If you’re looking for good read recommendations check out a few of my other favourite Canadian titles below.

An Astronaut’s Guide to Life On Earth by Chris Hadfield

Written by one of Canada’s favourite astronauts, Chris offers readers extraordinary stories from his time spent in space, and shows how to accomplish dreams large and small.

The Orenda by Joseph Boyden

Written by one of Canada’s leading Indigenous authors, The Orenda chronicles the intersection of three characters’ paths: a young Iroquois girl, her captor who is an elder and one of the Huron Nation’s great warriors and statesmen, and a charismatic Jesuit missionary.

The High Mountains of Portugal by Yann Martel

The newest offering by famed author of Life of Pi, The High Mountains of Portugal is a suspenseful, mesmerizing story of a great quest for meaning, told in three intersecting narratives touching the lives of three different people and their families, and taking us on an extraordinary journey through Portugal in the 1900s.

The Illegal by Lawrence Hill

Winner of the CBC Canada Reads 2016 Award, Lawrence Hill’s fast moving and compelling novel, The Illegal casts a satirical eye on people who have turned their backs on undocumented refugees struggling to survive in a nation that does not want them. Hill’s depiction of life on the borderlands of society urges us to consider the plight of the unseen and the forgotten who live among us.

True North offers exceptional insight into real Canadian cuisine in a gorgeously illustrated package feauturing over 100 recipes divided into chapters that are arranged not by season or dish but by region: Farm, Vineyard, Pacific, Atlantic, Tundra, Forest and Field.

I travelled with Toronto’s own David Ort as a guest of Pilsner Urquell as we sipped our way through Prague with some of the city’s top food and beverage personalities. Ort’s cookbook is ideal for craft-beer experts as well as novices, and for anyone who delights in ramping up the taste of their favourite dishes with something different.