The late and great Joan Rivers often joked that if she started out in straight clubs her career wouldn’t have gone anywhere. While that’s hard to imagine, it’s a formula Toronto comedian Andrew Johnston knows all too well as he ascends upon the 10th anniversary of his popular female driven Pride comedy show, Bitch Salad.

Known for his biting humour and ingenious pop culture commentary, Johnston has been a mainstay within the Canadian comedy circuit for over a decade, appearing on Much Music’s “Video on Trial,” winning a prestigious Canadian Comedy Award, and most recently, releasing his first comedy album “White Devil.”

Despite Johnston’s diverse career, it’s his passion project Bitch Salad that has carved a niche space within the Canadian comedy landscape, selling out year after year to gay and straight audiences alike.

We recently sat down in Toronto to chat about Bitch Salad, his dream headliner, and why gay men love female comedians so damn much. 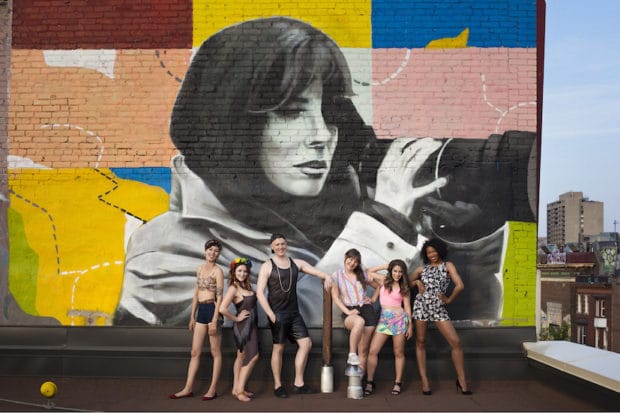 So, the 10th anniversary of Bitch Salad, can you believe it?

Yes. I do. I do begrudgingly believe it (laughs). It doesn’t seem like 10 years.

How did Bitch Salad start exactly?

When I started on the Yuk Yuk’s roster in 2006 another one of the amateurs was Katherine Ryan who is now a huge deal in the UK. She was hot, sassy, incredibly smart and caustic, though I noticed she would really struggle. She would get on stage and women in the audience would cross their arms and she would just not do well. Except one night I remember bringing a few of my gay friends and they were loosing it over her – they really responded to her. I remember saying “I want to take her and put that in front of gay men.” I wanted to create a show that would cultivate Canada’s Kathy Griffins and Sarah Silvermans; straight female comics for a gay audience. And that was the genesis of it.

And the name, how did you come up with Bitch Salad?

I don’t think anyone has asked me this before. It really dates me. I was watching SNL back in the 90’s, and do you remember how Will Ferrell and Ana Gasteyer did a sketch where they played music teachers Marty & Bobbi Culp? So there was an episode where they were performing at a gay commitment ceremony and they were doing that little preamble off the top, and Will Ferrell says, “to the drag queen in the back who keeps referring to my wife Bobbi as a side of bitch salad, please stop.” So that stuck in my head. Just as dumb and asinine as that. It always is with those things. 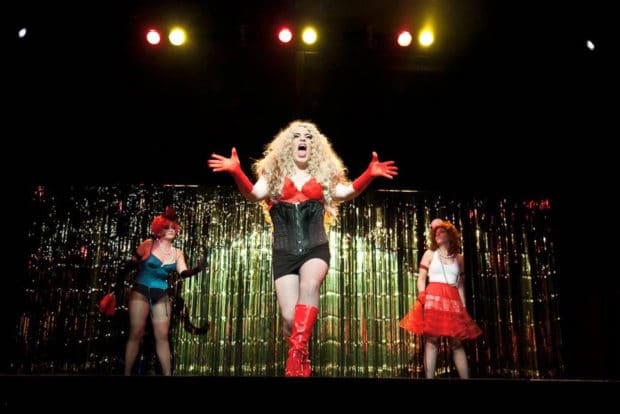 Why do you think gay men are so fascinated with female comedians?

Does that question irritate you?

No it doesn’t. It’s something I just have more and more answers to. I think fundamentally gay men have embraced flamboyant females because there’s not an element of sexual threat. Originally, the only place a female comic could really thrive and not have to pander or be self-depreciating was in front of gay men. Now women are thirsty to see themselves represented on stage.

We’ve seen queer female comics like Margaret Cho, Tig Notaro and Ellen build a large following, yet we don’t see many gay male comics on the circuit. Why so few?

You have gay comic Guy Branum of “Chelsea Lately” fame headlining Bitch Salad this year. Have you worked with him before?

No we’ve never worked together, though we have many mutual friends. Guy is terrific; I’m a huge fan of his. He’s 6’5,” 300 pounds, he’s a very effeminate, very angry guy and I just love that his point of view is out there. 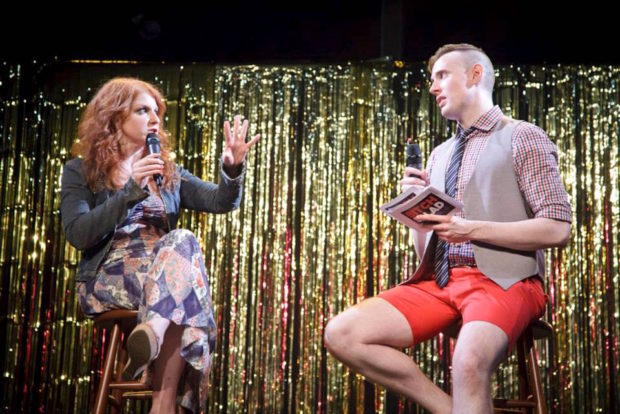 You’ve had some impressive names headline over the past few years; the late Jackie Burroughs, Julie Klausner, Kristen Johnston, Drew Droege to name a few. Any stories you can share?

Maya Rudolph. Though Julie Klausner was a big get for me. I was really obsessed with her podcast at the time, so that was really cool of her to come.

Your opening monologue (one of my favourite parts of Bitch Salad), skewers celebrities and current events, what can we expect to be on the menu for this year?

Trudeau, “Bernie Bros,” and probably something about Richard Simmons transitioning. I want to make it not basic. There’s the pressure of having it not be basic.

How do you get over that?

Drink a bottle of wine and pump the midnight oil (laughs). I’m really excited about the girls on the show this year though, it’s going to blow everyone’s mind.