I’m constantly aghast when I hear my fellow millennials whimpering about what to do. Perhaps I’m on another planet but I’ve never spent one moment bored and blue.

I recently found myself standing in line at Starbucks for a coffee and overheard two twinks yawning about their recent string of sour dates. I tapped one of them on the shoulder and rambled off a list of my favourite things to do (and I assure you none included grabbing a Unicorn Frappuccino.) Yes the woes of online dating are real but why not showcase your creative flare by putting a personal touch to the experience? Coffee says, “I don’t have enough time to think about what we are going to do and I’m so tired I may fall asleep.” I was so vexed by the dating scene in Toronto that this past Fall I set myself on a mission to find romance at Toronto’s craft breweries. I take these things seriously. 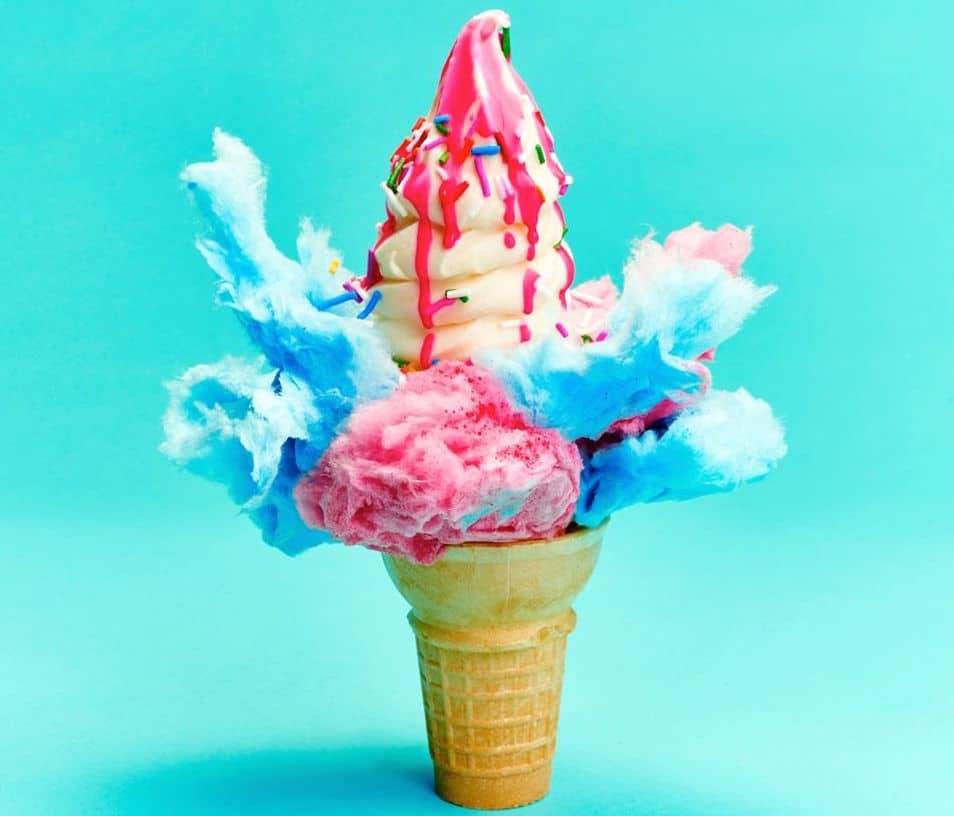 Last week, with no time to plan in advance I pieced together a perfectly gay date night. With ease, take my lead. We met at the corner of King and John and marched straight to Sweet Jesus, the wildly popular instagram-tastic soft serve ice cream sensation brought to you by the creative folks at La Carnita. We kissed through whispers of sweet cream drizzled with chocolate and raspberry sauce which were then tossed in a muddling of wafers, corn flakes and red velvet cake. There is no better way to break the ice than over ice cream.

After we polished off our cones we zoomed up the escalator at TIFF Bell Lightbox and tucked in at the bar at LUMA. There’s no finer place to be during rush hour, cocktail in hand, smiling through the window as pleading faces in packed streetcars whimper back at you. I think LUMA’s Magic Hour (daily 4-9pm) may just be Toronto’s best happy hour (feel free to prove me wrong) and feels a bit like the city’s best kept secret. For just 6$ you can order a pint of Grolsch, glass of Sangria, Manhattan or Martini. So there we were swirling ice in our glasses humming and hawing over the finger food menu (perfect if you’re peckish) before running over to the Princess of Wales Theatre to check out Mirvish’s newest musical, Baz Luhrmann’s Strictly Ballroom.

Sure you can stay home to Netflix and Chill but really is there anything more rewarding than indulging in the age old shared experience of live theatre? I’m a huge fan of director Baz Luhrmann’s films (Romeo + Juliet, Moulin Rouge, Australia, The Great Gatsby) having been introduced to the Australian’s work in high school via his 1992 debut Strictly Ballroom.

The uplifting and courageous tale originated as a stage play that Baz Luhrmann devised with a group of students at the National Institute of Dramatic Art, Sydney, Australia, in 1984. The film was discovered at the Cannes Film Festival, where it was the winner of the Prix de Jeunnesse and runner up for the Palme D’Or. When released in Australia, Strictly Ballroom swept the field at the 1992 Australian Film Institute (AFI) Awards, gaining 13 nominations and winning in eight major categories. It also won three awards at the 1993 BAFTA awards, received a 1994 Golden Globe nomination for Best Picture, and eventually went on to become one of the most successful Australian films of all time, earning more than $80 million at the box office. 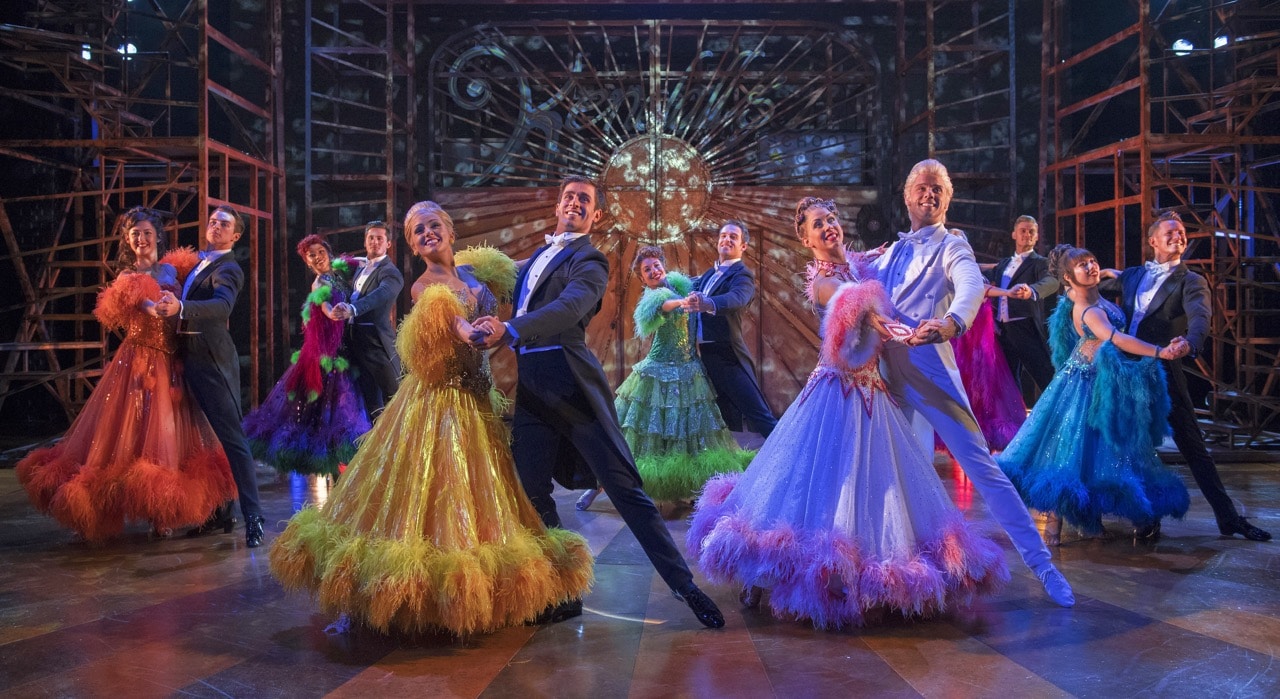 Celebrating its North American premiere in Toronto, Strictly Ballroom The Musical is a delicious gay two and a half hour pageant parade. It tells the inspiring story of a championship ballroom dancer who defies all the rules to follow his heart. It features break-into-song numbers such as Love is in the Air and Time After Time, as well as a handful of new songs by internationally acclaimed artists including Sia, David Foster and Eddie Perfect.

Its cast is made up of a choir of handsome dancers and pretty pixies who cheer and jeer in outrageously colourful frocks that dazzle and delight. At the end of each upbeat number one, if you listen closely, you can hear a choir of patting palms offered by Toronto’s most flamboyantly limp wrists.

A disco ball showers the room with dancing light. A string of excited multi-coloured gowns swing across the stage like a Pride flag on a hot day. The drool-worthy lead (Scott Hastings played by Sam Lips) finds himself in a dreamy dance sequence where a flock of hands made up entirely of male dancers hoists him into the air by his thighs.

So, did you want to go for a coffee? 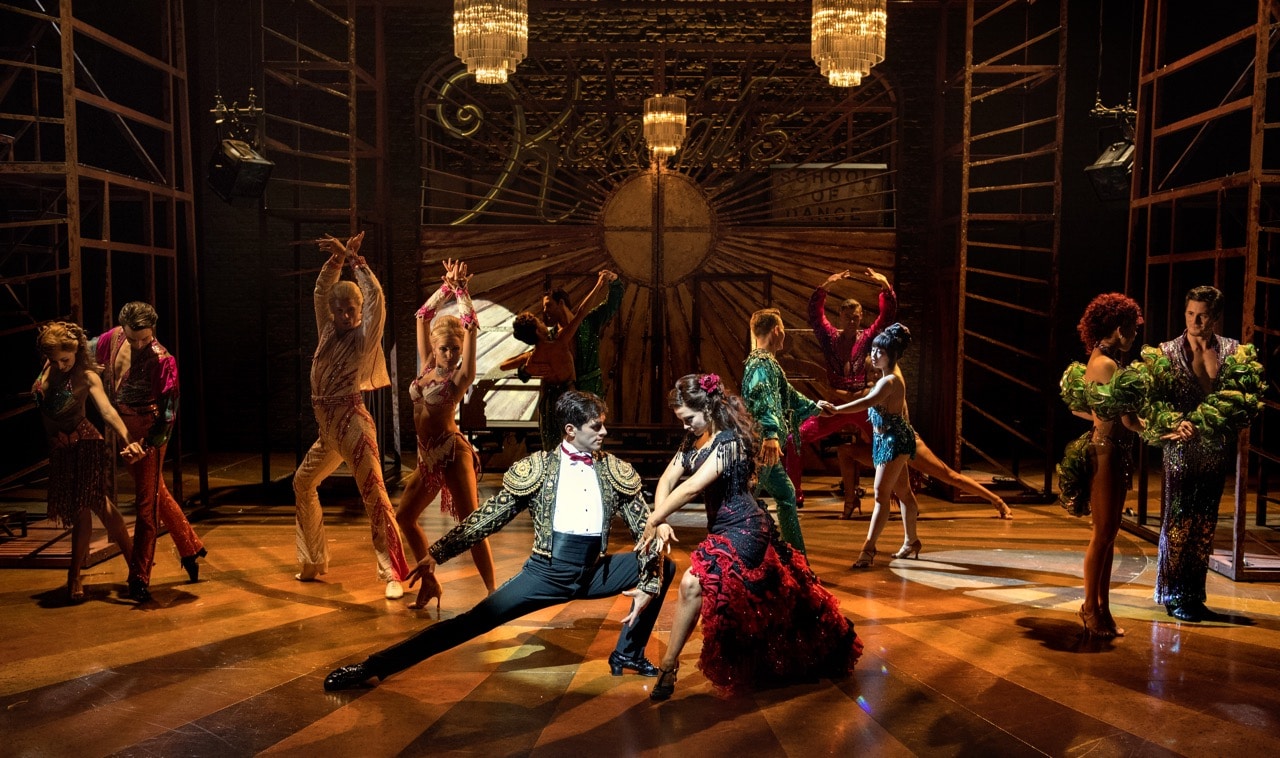