Tis the season as temperatures drop and snow begins to fall, when we give in to the gentle calling and subtle coos of arguably the most valuable real estate in our homes, the couch. After all what would Christmas be like without the family gathered around the warm glow of a TV?

We all have our favourites, the must see holiday classics, that despite our realities of stress and worry, can put everything right if even just for an evening. As a child I remember anxiously awaiting the holiday programming on the local television stations. I’d mark my calendar and arm myself appropriately for a cozy night in to bask in Christmas nostalgia. A 24 hour marathon of How the Grinch Stole Christmas, Scrooge, Frosty, Rudolph, Miracle on 34th Street, The Christmas Story, and National Lampoon’s Christmas Vacation… 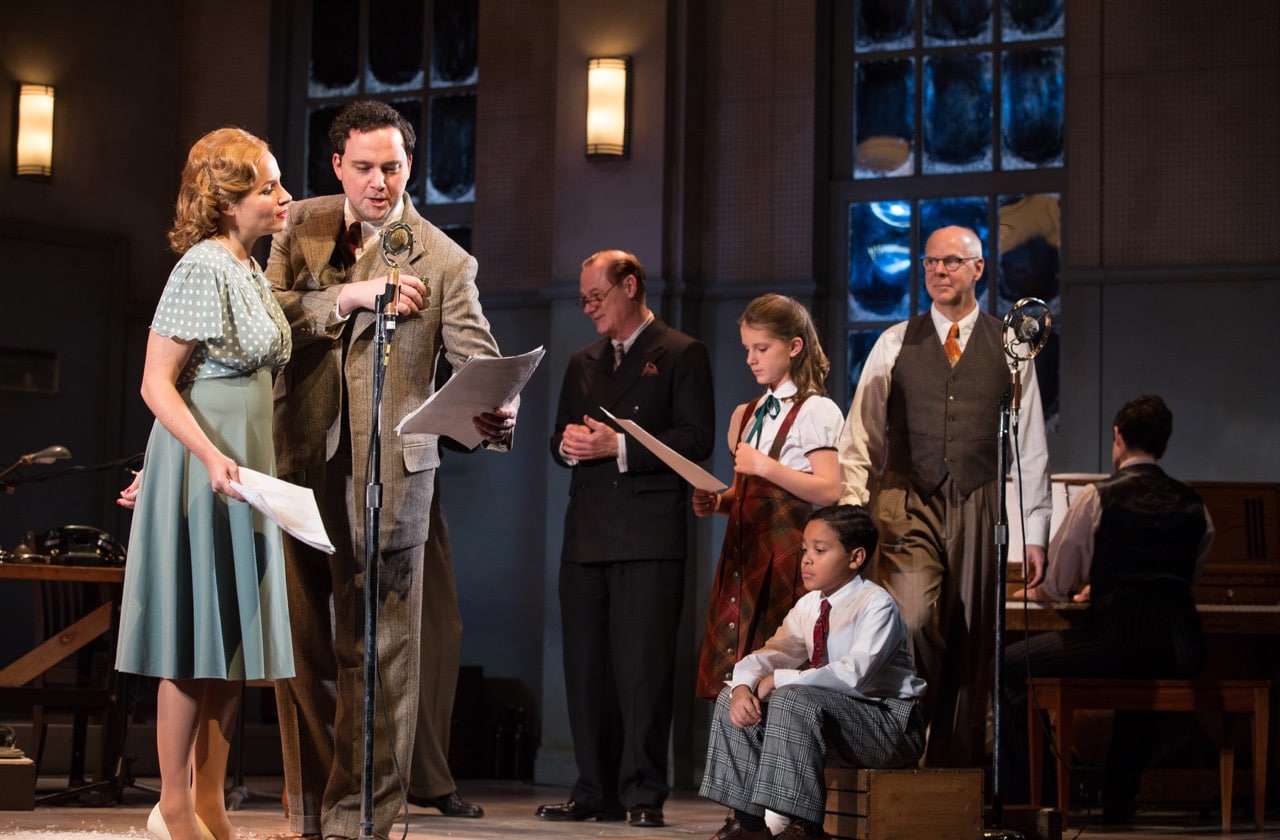 None of them, however, compared to the Christmas Eve broadcast of Frank Capra’s 1946 film It’s a Wonderful Life. A story about George Bailey, a despairingly frustrated business man, who has given up his dreams in order to help others, and whose imminent suicide on Christmas Eve brings about the intervention of his guardian angel showing him what life would have been like if he never existed. Capra convinces us that life is wonderful. That the goodness of people, who when put in difficult situations, would do the right thing. It’s one of those universal movies, classic holiday fare that reminds us of the true meaning of Christmas, Hanukkah, Kwanzaa, Festivas or whatever you celebrate this time of year.

This December you have the opportunity to renew your friendship and strengthen bonds with this modern day hero, George Bailey, and the people of Bedford Falls. Trade in yesteryear’s hot toddy, couch, wooly socks, sweats, and plush fleece throw for your night out best, scarf, pre-show dinner and drinks on your way to Soulpepper’s new production of It’s a Wonderful Life playing now until December 31st.

This version though staying true to the holiday classic offers so much to keep the eye, ear, and imagination engaged. With a clever twist audiences get to see two shows at once. You’ll witness how old radio performances were put together in the 1940s, while watching the classic story of It’s a Wonderful Life unfold on stage. 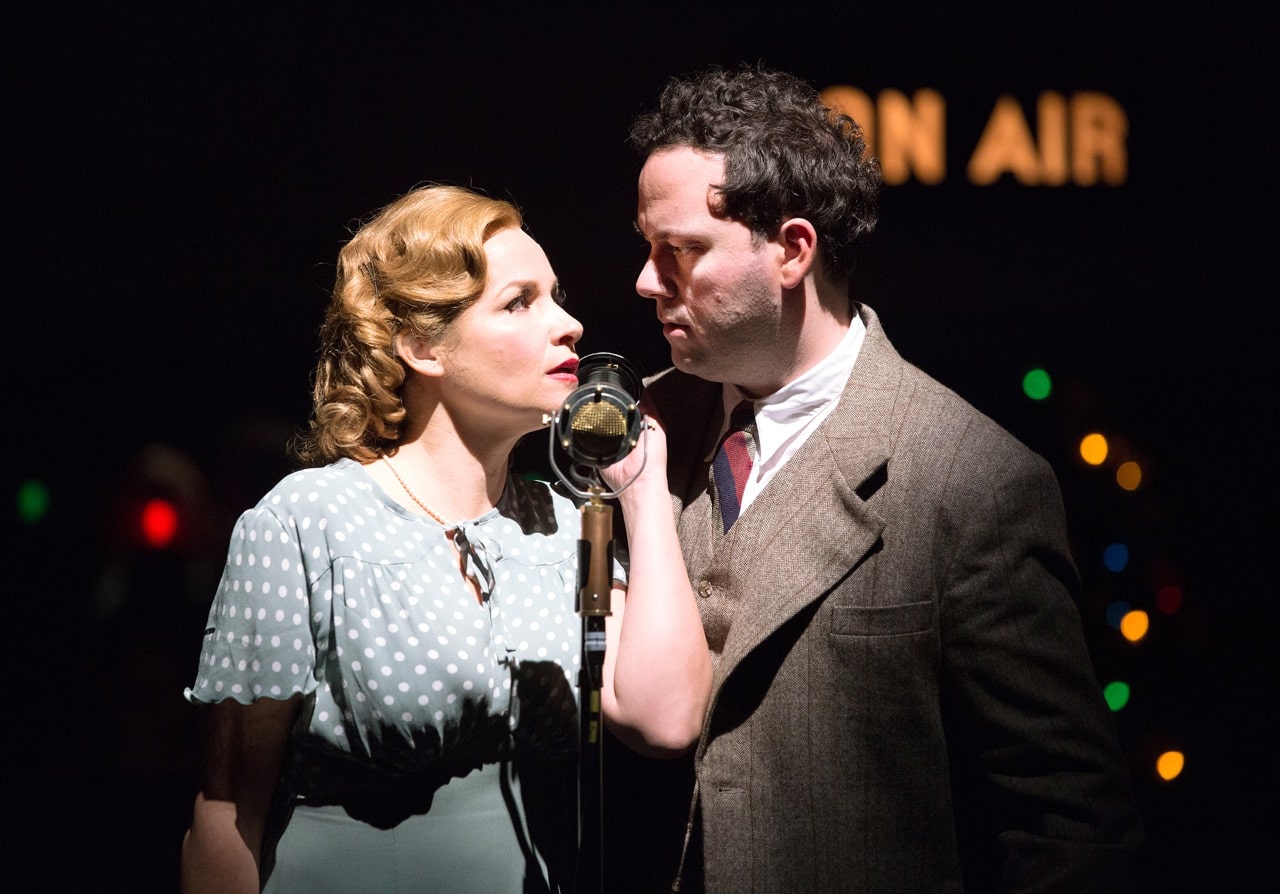 What was challenging about bringing this 1946 Frank Capa film, It’s a Wonderful Life, to the stage?

How is the production bringing something new and fresh to the story?

What we have done is to place the play in a 1940’s radio studio and perform the movie “live-to-air”, using actors and pure imagination.

What do you think is going to surprise or delight audiences the most about the performance?

The delight is watching 16 people create an entire world of rich, textured storytelling using 5 microphones and their remarkable skill. (Also, seeing a bunch of celery as a pond of ice cracking). 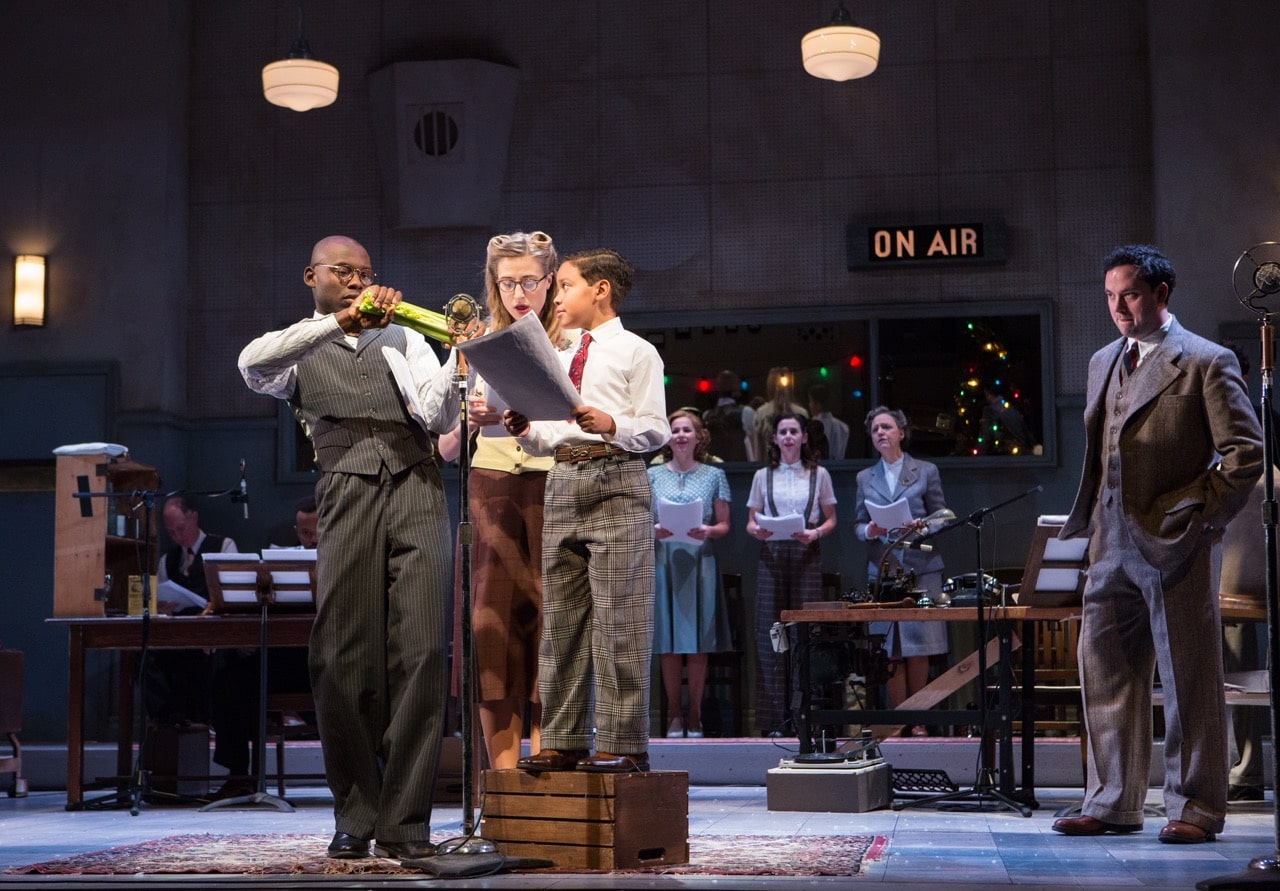 A crucial realization for George Bailey was that he had value within the community that he lived in. Is this production a way for Soulpepper to acknowledge its value and contribution to the arts community in Toronto?

There is absolutely an overlap between the message and the values of this story and Soulpepper’s mission as a civic theatre. Since its inception Soulpepper has been creating a place of belonging for all Canadians through initiatives like our Soulpepper-CultureLink New Canadians Welcome Program.

What will the audience be thinking about in the car as they drive home after the show?

Hopefully they will be thinking about the blessings in their life…and including going to the theatre as one of those blessings.

How do you feel this production fits into Soulpepper’s mission for the arts in Toronto/Canada?

Theatre should bring strangers together – and send them away again with a shared experience that has expanded the collective imagination and soul. I believe this play does just that.