We know that we can’t go home again, but we never cease trying. In Mirvish’s remount of David French’s Salt-Water Moon, we are reminded that home is often not as we left it- but perhaps something new can be built in its place. Ravi Jain’s thought-provoking direction lays bare the warm love story anchoring the script by removing the visual trappings of time and place.

Performed on an empty stage except for a constellation of candles on the floor, a musician/ narrator (Ania Soul) sings and reads the stage directions from her perch on stage right. The narration includes detailed instructions for onstage action that are largely ignored: a country porch by the sea is evoked but never seen, and even the character’s clothes are not as described. The tension created between expectation and reality is riveting: when we expect an anguished cry, the choked whisper is ever more affecting. 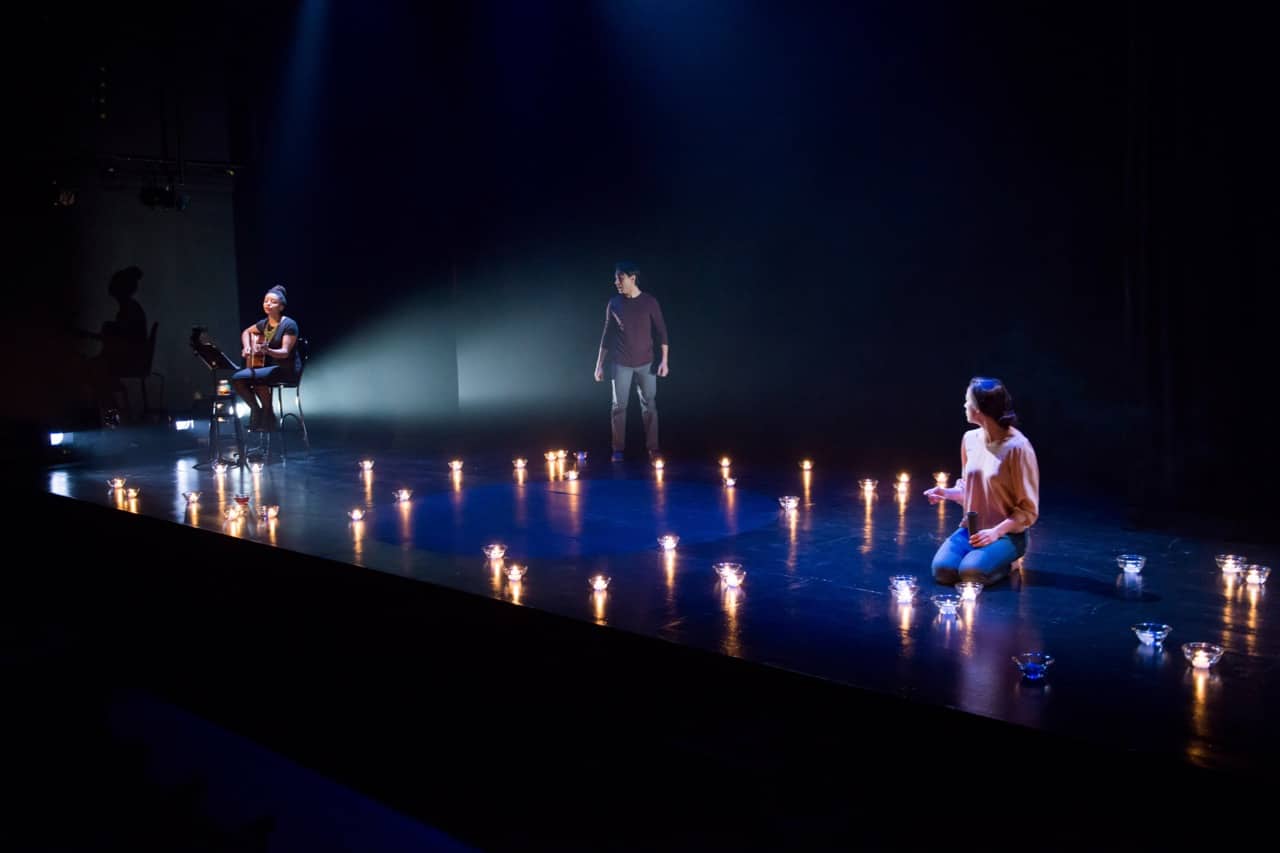 The story centres on Jacob Mercer’s return to Newfoundland and his former sweetheart, Mary Snow, after an abrupt escape to Toronto a year earlier. Mary is now engaged to another man, and Jacob must woo her back despite the friction and grudges between them. Their experiences are powerfully impacted by their working-class background and family schisms caused by the first World War. Both roles are played by non-white actors, adding to the production’s simultaneous holding and transcendence of time and place: we are reminded that much like love and relationships, history is not limited by ethnicity. Indeed, much of Canadian history is characterized by cultural tensions borne of immigration, class, and conflict. The contrast between glamorous Toronto and small-town Coley’s Point evokes not just the urban/ rural divide, but the displacement associated with immigration which carries as much resonance now as it ever did.

Jain is known for his inventive approach to storytelling, and the choices made in this production certainly pay off. Originally staged in 2016 as part of Factory Theatre’s ‘Naked’ season, Jain describes the stripped-down concept as a way of exploring what makes this Canadian classic a classic in the first place. Although the setting is 1920s rural Newfoundland, Jain’s approach allows the universality of the love story to shine through: “For me, the story is a love story, two young lovers under a star filled sky fighting to come to terms with their past and struggling to imagine a future together. It’s a story that we all can relate to.” 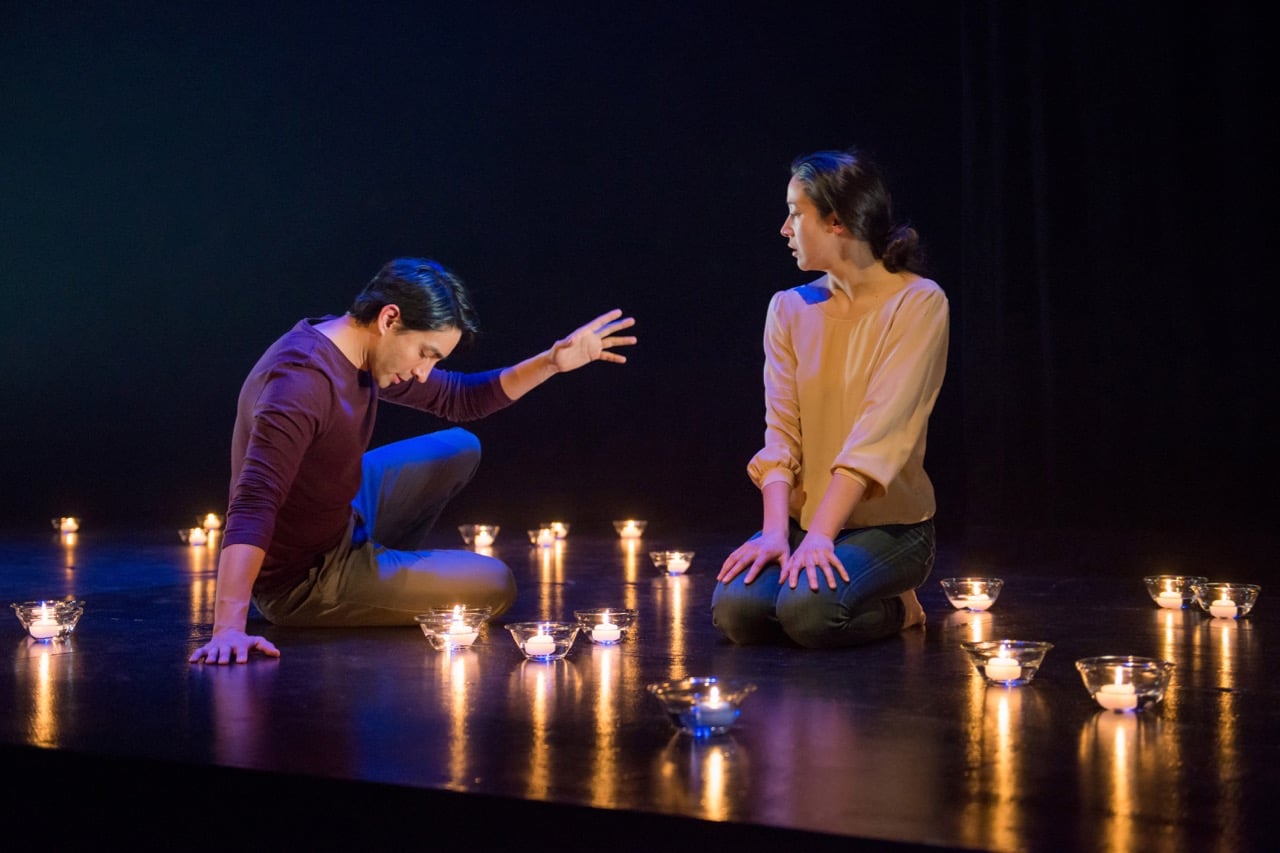 Indeed, it is hard to resist the chemistry and joy that characterizes the romance onstage. The minimalist staging allows the audience to focus on the strong performances of Kawa Ada and Mayko Nguyen as the estranged lovers. Ada fills the stage with his powerful physicality, embodying the character’s bravado while allowing us the occasional glimpse of Jacob’s softness and his intense desire to win back Mary’s favour. Nguyen’s Mary is both fiery and vulnerable as we see her struggle to reconcile the pain and the longing associated with her former sweetheart. The two push and pull at each other, chipping away at their prideful exteriors and exposing wounds that must be healed if they are to move forward together.

This exciting production beautifully shows how new stories can be told without doing away with the old ones. The coexistence of the conventional setting with unconventional casting and staging brings the past into dialogue with the present, layering new themes and possibilities onto a classic love story.