I hope you’re ready for your next obsession. Come Friday this week, you might as well cancel any weekend plans you had because you’ll be busy with all things royal. This is not just another Downton Abbey. At $13 million per episode, Netflix is betting that this behind-the-scenes look at the history of the Royal Family will appeal to Buckingham Palace fans young and old. Fortunately, that is money well spent and you won’t be disappointed.

Life in the British Empire isn’t what it used to be, the political world is in disarray, and a young woman takes the throne of the United Kingdom for the first time since 1901. The Crown follows Queen Elizabeth II as a 25-year-old newlywed who was abruptly tasked with leading the world’s most famous monarchy while balancing a precarious relationship with Prime Minister Winston Churchill. As Netflix puts it, “Peter Morgan’s masterfully researched scripts reveal the Queen’s private journey behind the public facade with daring frankness. Prepare to be welcomed into the coveted world of power and privilege and behind locked doors in Westminster and Buckingham Palace….the leaders of an empire await.” 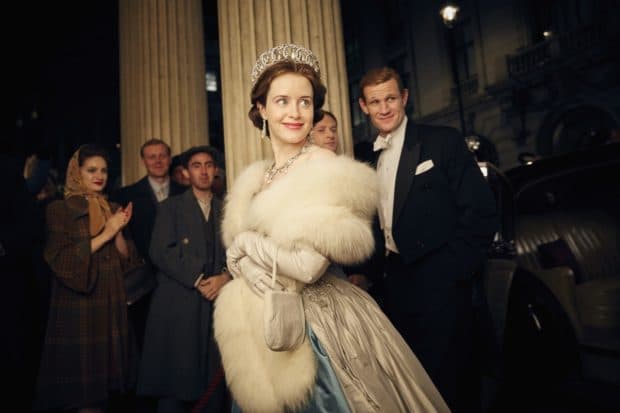 Netflix’s The Crown stars Claire Foy as Queen Elizabeth II, Matt Smith as Prince Phillip, John Lithgow as Sir Winston Churchill, Victoria Hamilton as the Queen Mother, Jared Harris as King George VI, Vanessa Kirby as Princess Margaret and Dame Eileen Atkins as Queen Mary, among others. There will definitely be some faces that you recognize and some others that you will grow to love. Foy’s accent and intonation throughout her portrayal is spot on. Jared Harris, Vanessa Kirby, and John Lithgow also turn in solid performances.

I was recently given the opportunity to interview a couple of the cast members in person and talk to them about their experience working on the show, dealing with Netflix, and working with the cast and crew on such a recognizable subject. As I walked into the Four Seasons Hotel Toronto to conduct the interview it felt almost like I was meeting the real Royal Family. Walking into the room, however, I was quite surprised at how it was actually the opposite. As I entered, I was immediately taken aback at how kind and gracious King George and Princess Margaret were. Played by Jared Harris and Vanessa Kirby respectively, they made everyone in the room fill extremely at ease. 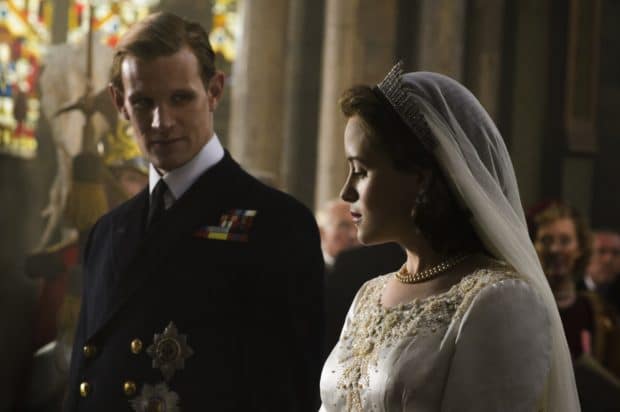 We sat around a small table and talked about their favourite scenes and how there are lots of moments where you get to see their characters as humans, and it helps you remember that behind the duty of the royal family, real people exist. We discussed working with Netflix, the writer Peter Morgan, and director Stephen Daldry. I was told how they were given the room to explore the characters and how there was a closeness amongst cast and crew that filtered down from the top – something that you don’t always get with traditional television networks.

Throughout the conversation, there was a common theme that kept coming up – People have a huge perception of who the royal family is but it doesn’t function like any other family on earth and that there are parameters around their behaviour that you had to keep in mind when acting. There was room to move around within the character but you’re still playing royalty so there’s always that over-arching sense of duty and ceremony. 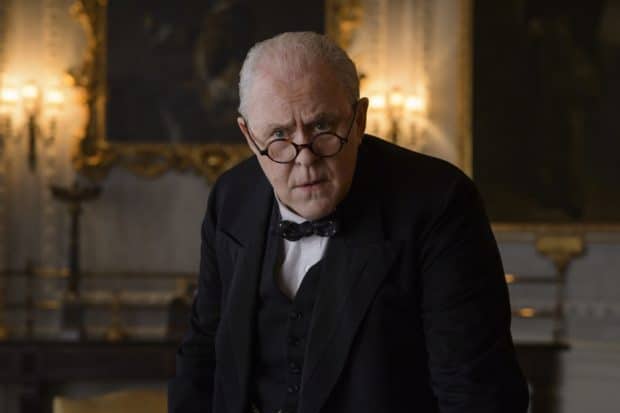 Later that evening, following the interview, I was invited to attend a special screening of the first two episodes. Held at the Storys Building on Duncan Street, the crowd was treated to delicious food and speciality designed cocktails. The decked-out room had large posters featuring cast members, rows of white chairs and a large screen. There was a buzz of excitement in the room as everyone took their seats and the screening began. Two episodes later and the room erupted with a roar of approval. If the screenings success was any indication, this show was going to be a hit. 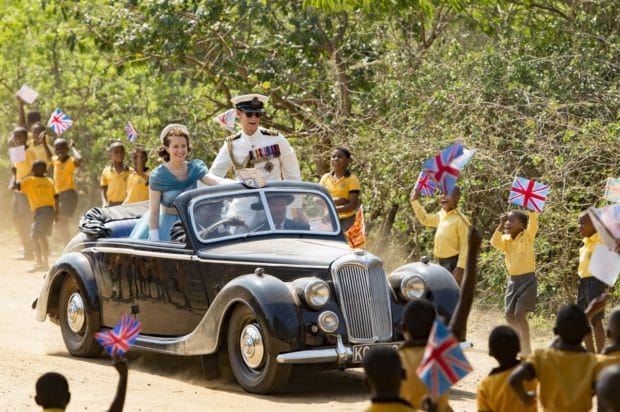 One of the things I like most about The Crown is the way the relationships between characters are portrayed. They feel genuine and authentic. You can feel the love (or disdain as the case may be) between all the characters, even those with smaller roles. There are some great moments throughout where we get to see the family members connecting on both an intimate and larger scale. As I mentioned before there are some strong actors and some interesting casting choices. I wouldn’t have initially envisioned John Lithgow as Churchill but he easily won me over and now I will probably picture him whenever I hear the name. With a few others they were a little more difficult to look past previous work but eventually I got there. Acting and actors aside, there are many great and powerful moments in this show that will definitely get you all caught up in your feelings.

There is plenty to enjoy – grand sets and locations, beautiful costumes, a great cast, and a familiar story that still manages to teach us something about the world’s most famous family. Each episode will leave you desperate to watch the next. This is definitely a binge-worthy series and I suspect you will find it hard to do otherwise. Netflix will be releasing all 10 episodes of The Crown on Friday, November 4th.