At the height of Blaxploitation film popularity, Archie Goodwin and John Romita Sr. Created a hero for the time. It was a grittier, more crime-heavy New York City that this hero inhabited than had previously been seen in Marvel comics. This hero’s name was Luke Cage. He was the man with super strength, unbreakable skin, and a penchant for uttering the phrase “Sweet Christmas!”. He was a hero of his time and reflected the culture and issues of New York City in the 70’s. Over the years, he was in and out of trouble, sometimes an Avenger and sometimes a hero for hire, and had team-ups of different kinds with other heroes like Iron Fist and Jessica Jones. He was Power Man. 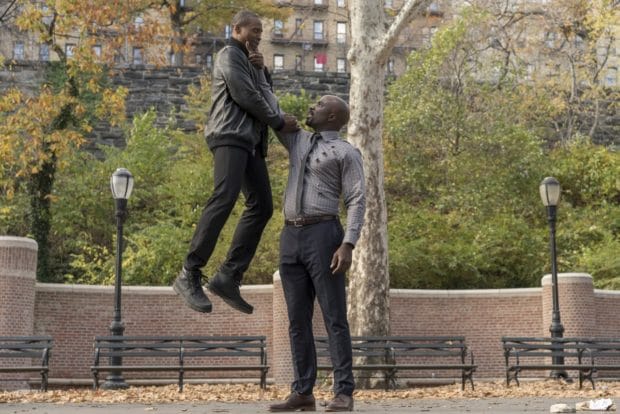 Marvel’s Luke Cage is the newest series in the world of Marvel’s street-level heroes, following successful seasons of Daredevil and Jessica Jones. It stars Mike Colter (The Good Wife, The Following) as the titular character, Luke Cage, but also offers a few other familiar faces. Mahershala Ali (House of Cards, Alphas, Treme) as bad guy, Cottonmouth, Frankie Faison (The Wire, Banshee) as Pops, and Alfre Woodard (True Blood, State of Affairs, The Last Ship) as Councilwoman Mariah Dillard. Colter and the supporting cast bring solid acting credentials to the table and this show takes the essence of the original 1970’s character and gives him, and the world around him, an update while still keeping the core of what makes Luke Cage so important to the Marvel universe. 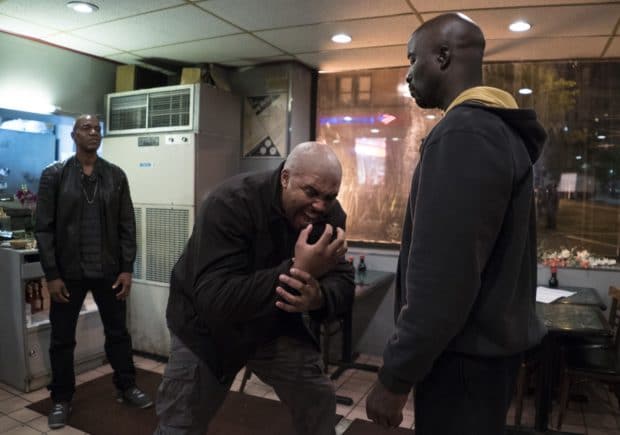 As a big fan of the previous seasons of the Netflix/Marvel partnership, I was eager to see what the next show in the line-up would bring. While somewhat unfamiliar with the character from the comics, anything I did know was in passing or from Luke Cage’s recent appearances in the Marvel comic universe. I was worried that I might find myself a little lost but, to my surprise, there were enough references to the comics that I didn’t even realize I knew, that I became more engaged. That’s not to say that you need to be a comic fan to enjoy the show. As they have done previously, Netflix provides enough backstory (including how Luke Cage became Luke Cage – Power Man) to allow anyone with zero knowledge to still enjoy watching the show.

The history of Luke Cage runs deep throughout the show but none more strong than the music itself. Right from the beginning with the opening credits, we get that 70’s influence and nostalgic feel. Soul and Jazz elements present in the soundtrack lend themselves to the origin of the character’s 40 year history. At the same time, in a story about crime and gangs, it gives the series a slightly lighter tone than we ‘ve seen in Netflix’s previous Marvel work and sets it apart from the other two. 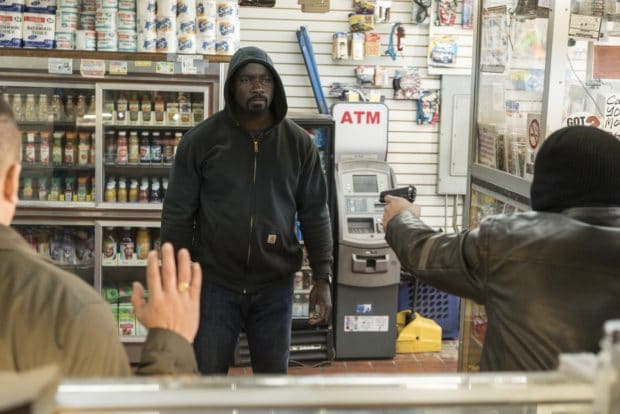 One of the things I’ve seen referenced several times now with respect to Marvel’s Luke Cage is the idea that it’s a “Hip Hop Western” and I can see where this makes sense. Some of the defining characteristics of a Western include a society defined by codes of honour, personal justice, a semi-nomadic wanderer, and a show-down. This show has all of those and when you add in the hip hop flavour, Hip Hop Western becomes an appropriate descriptor. If you’ve seen Netflix’s other Marvel shows and are eagerly awaiting The Defenders, then make sure you watch Marvel’s Luke Cage when it’s released on September 30th. This will give you a better understanding of the character and his motivations and what drives a man to do right in a world with so much wrong.