The writer and creator of the Oscar winning film, The Queen, and current hit series on Netflix, The Crown, Peter Morgan, has a new project on stage titled The Audience. This play directed by Christopher Newton is well suited for today’s generation of reality T.V. obsessed and binge watching voyeurs.

A sure fire hit, The Audience indulges us in one of our seemingly greatest guilty pleasures. For whatever reason as gossip rags and TMZ suggest we seem to be fascinated with privilege and all access to the alluringly inaccessible. We love our reality T.V., behind the scenes peek at the untouchables, proof being that research suggest the number of reality programs went from 4 in 2000 to about 320 a year today. The Audience feeds this craving granting us entry into the life of arguably the most private of public figures, Queen Elizabeth II.

A point made clear when one of her prime ministers suggests that she has a way of saying nothing and yet making herself perfectly clear. An obvious contrast to the leader of the free world who confidently expresses himself virally via any outlet of social media communication today. 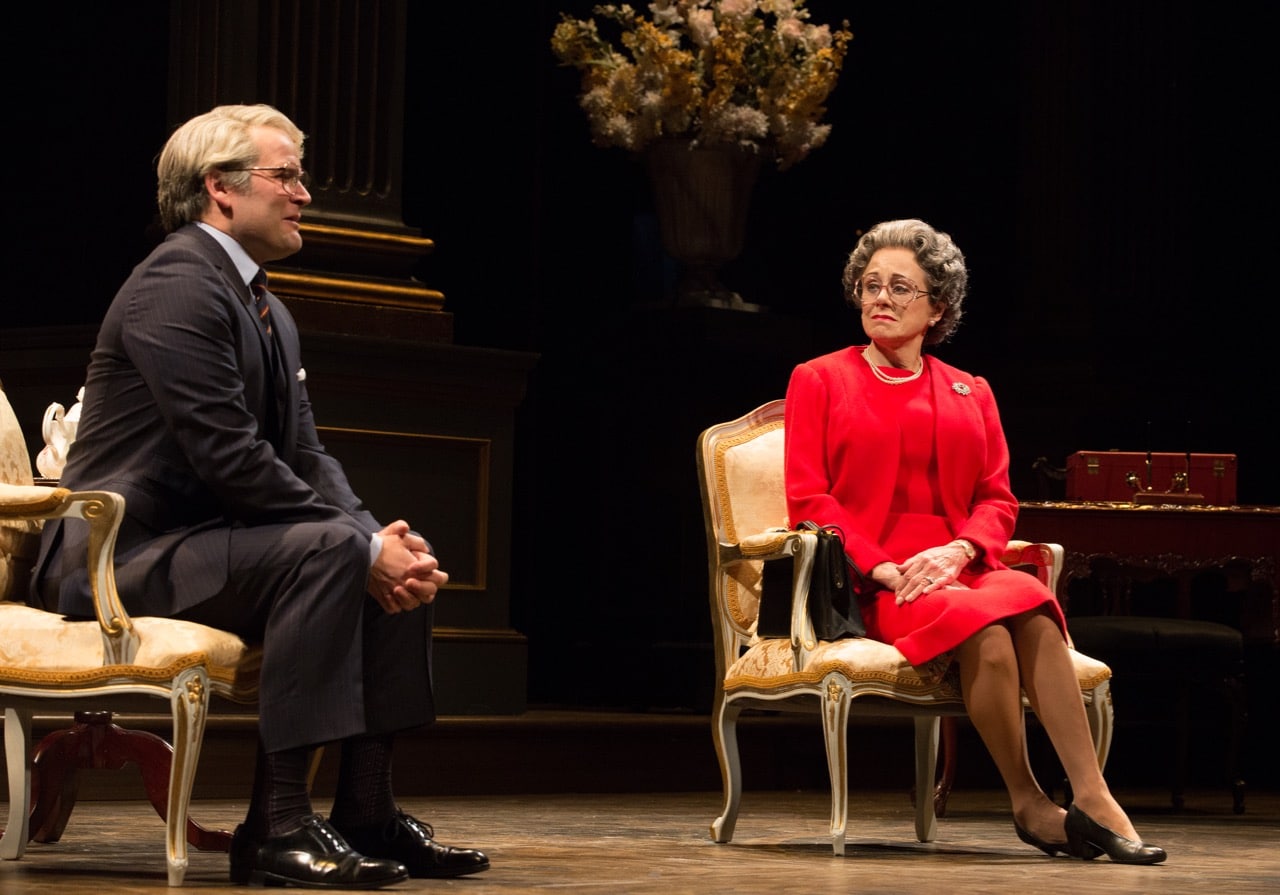 It’s with remarkable timing, only a day before the loud and proud to be seen, reality T.V. star’s presidential inauguration, The Audience opened to a sold out show at the newly restored Royal Alexandra Theatre. It seems fitting that if you are tired of the coverage, the tweets and overall in your face personality of the American president perhaps you should disconnect. Unplug. Go old school, and pencil in 2 hours to hit the theatre, enjoy one of the oldest forms of entertainment, and gain some speculative insight into the painfully private life of a different ruler – the Queen of England.

Now through February 26th, the Queen is accepting visitors. She’s allowing audiences to feel like part of the in-crowd, giving us a chance to see inside the upper echelons of British politics, power and the sacrifices it takes to be Queen.

The Audience premiered in London in 2013 and transferred to Broadway in 2015 with Dame Helen Mirren in the role of Queen Elizabeth II. Fiona Reid, a veteran of the Canadian stage (Calendar Girls, Vanya and Sonia and Masha and Spike), accepts the crown and scepter for this new Canadian production.

Theatregoers are taken behind the walls of Buckingham Palace and into the private chambers of Queen Elizabeth II. The play is inspired by her weekly meetings with each of her Prime Ministers through her 60 year reign. We get to be a fly on the wall as many unburden themselves of their secret anxieties and fears using these meetings as a sounding board and confessional as if the Queen were some sort of therapist. 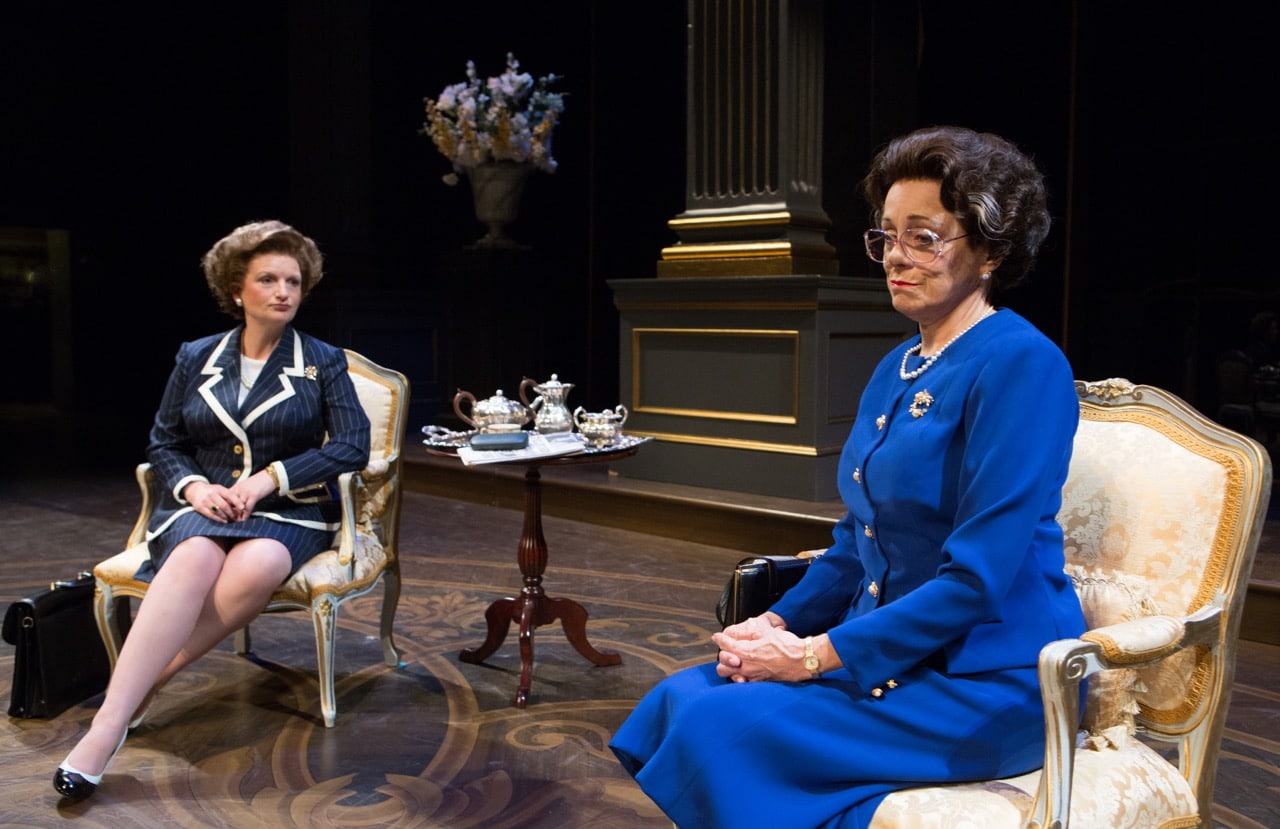 In these brief non-chronological scenes Morgan squeezes out just enough of each prime ministers most famous traits through mimicry, connecting the dots to why we watch reality t.v. – making the rich and famous all too human and more like us. The Queen herself comes across as honest, witty, a dog lover (spoiler alert – drive-by appearance of two of her famous furry friends), and constantly aware of her role and obligations.

These history skimming chats give us the illusion of how the monarch might operate behind the scenes as she meets with Winston Churchill, to the Iron Lady Margaret Thatcher, through Tony Blair right up to meetings with the recently retired David Cameron. The Queen advises her Prime Ministers on all matters both public and personal. We see glimpses of the woman behind the crown and witness the moments that shaped a monarch.

I guarantee that you won’t feel like you’re missing out. If anything you might feel as though you are getting a bit of a history lesson on a number of subjects ranging from the role of the Queen in government, to the political/personal struggle, to Brexit, Obama, to the interior decorating of Buckingham Palace. No Trump though…I wonder what she might make of all that? 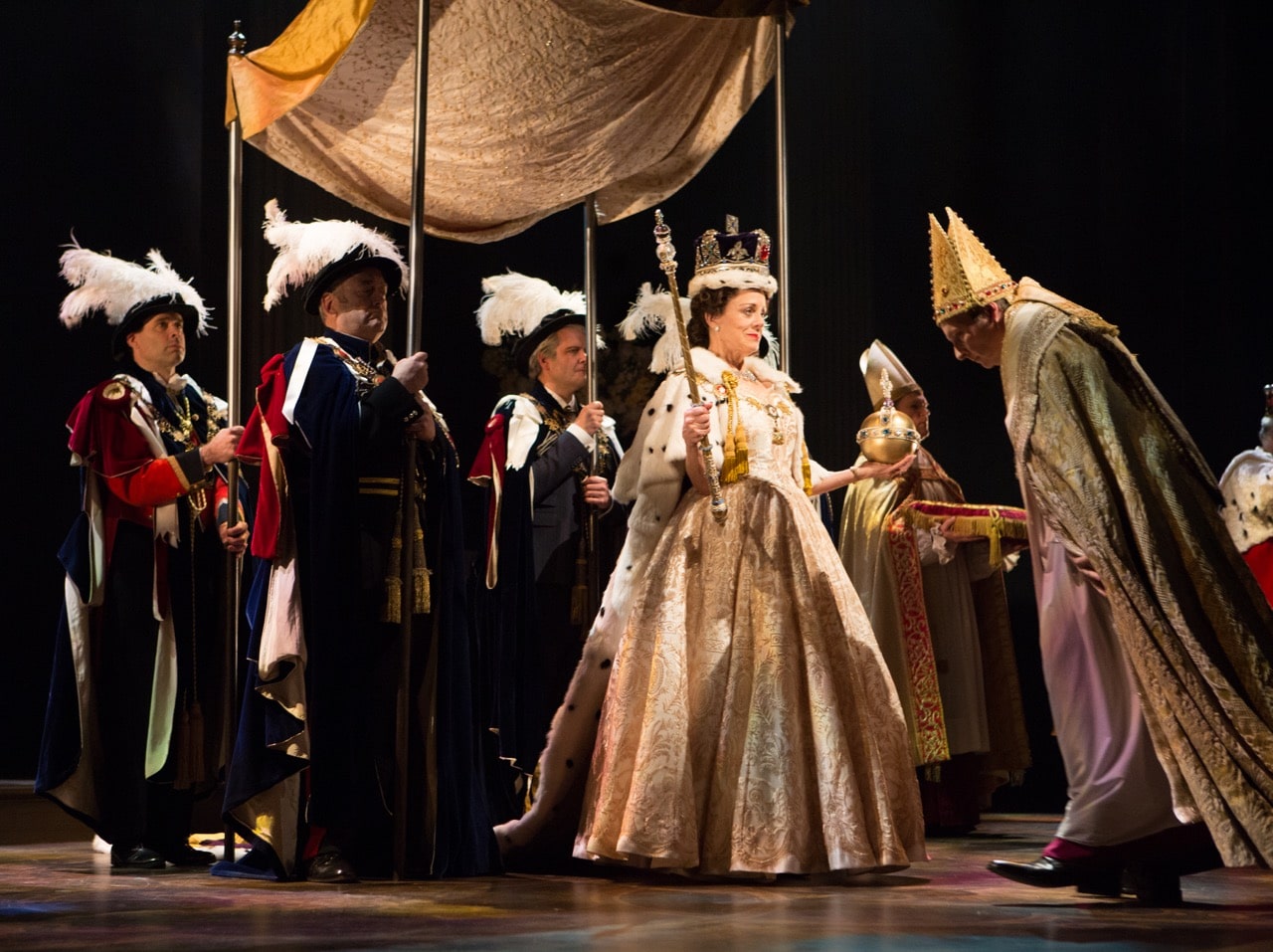 Some of the most satisfying parts watching the play are when we see glimpses of humanity put onto the unknowable Queen. Examples being when she falls asleep while Cameron talks about Europe and his knowledge of cellphones, one of which goes off in the Queen’s handbag to a loud and embarrassing ringtone set for her grandson, the on stage quick changes of the Queen at various stages of her life, to the tongue and cheek exchanges of council and teasing with all 12 PMs.

As is true of reality television, The Audience is scripted. During these weekly meetings, no minutes were ever taken, no officials were ever present, nothing can be verified. PMs even swear not to share what’s discussed, not even with their spouses. It’s all speculation, anecdotal hearsay. No one knows exactly what is discussed. A cue today’s new leader might want to remember when the cameras are rolling, that you often say it best when you say nothing at all.