Roger O. Thornhill played by Jonathan Watton (Murdoch Mysteries, Private Eyes, Maps to the Stars) is a suave and successful advertising executive, abducted by thugs who insists he is a man called George Kaplan. There’s obviously been a mix up. When they don’t believe him, that’s infuriating. When they try to kill him, that’s frightening. And when they pin a murder on him, that’s time to run!

Every twist, every thrill, every hairbreadth escape from Alfred Hitchcock’s supreme comedy of suspense in North By Northwest is celebrated in this stunning new stage adaptation from director Simon Phillips (Priscilla Queen of the Desert) playing at the Royal Alexandra Theatre in Toronto until October 29th. 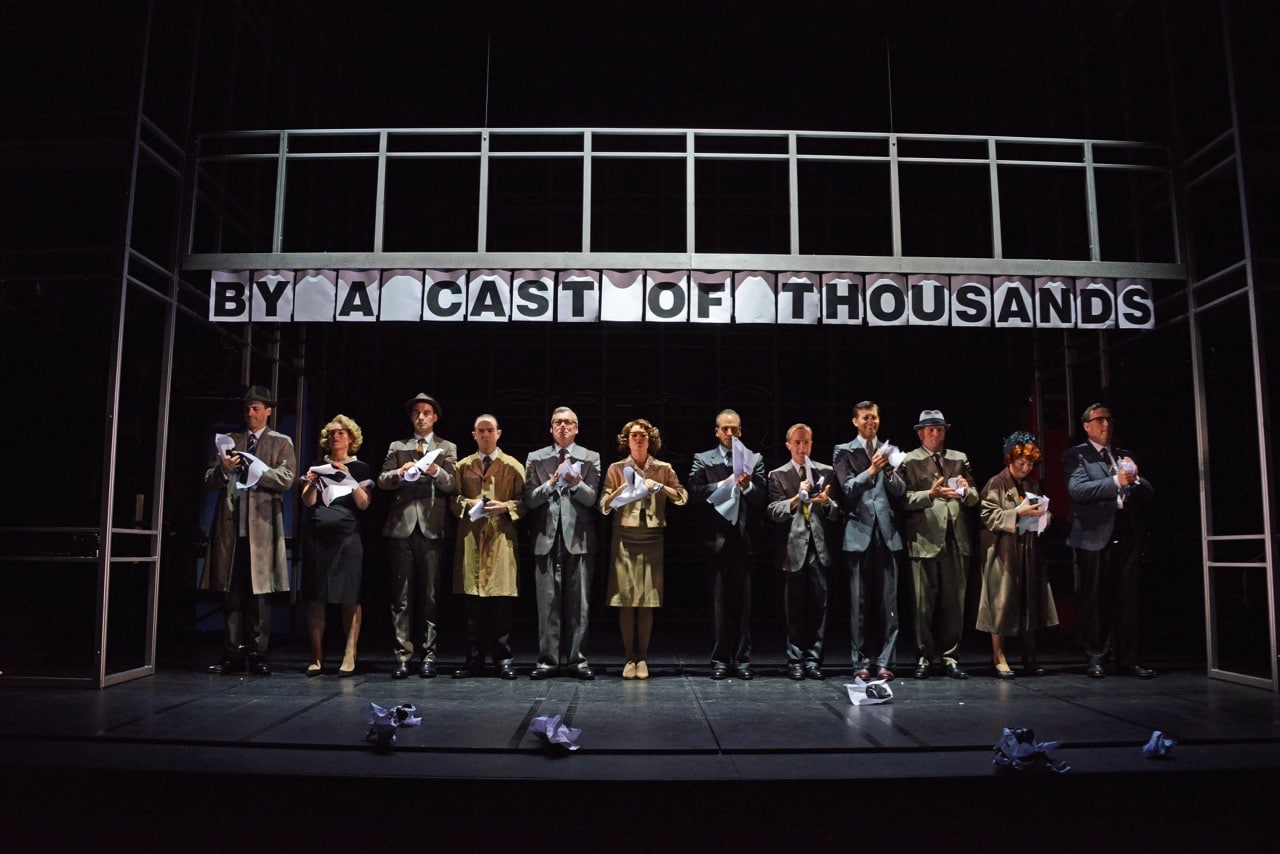 From New York to North Dakota, Thornhill is chased by spies, Feds, crop-dusting planes, and the inevitable cool blonde. Years before the James Bond films there was North by Northwest a lightning-paced thriller that mixed glamour with espionage for a truly irresistible cocktail. This is an unmissable theatrical spectacle, where the magic of film and theatre collide live on stage. 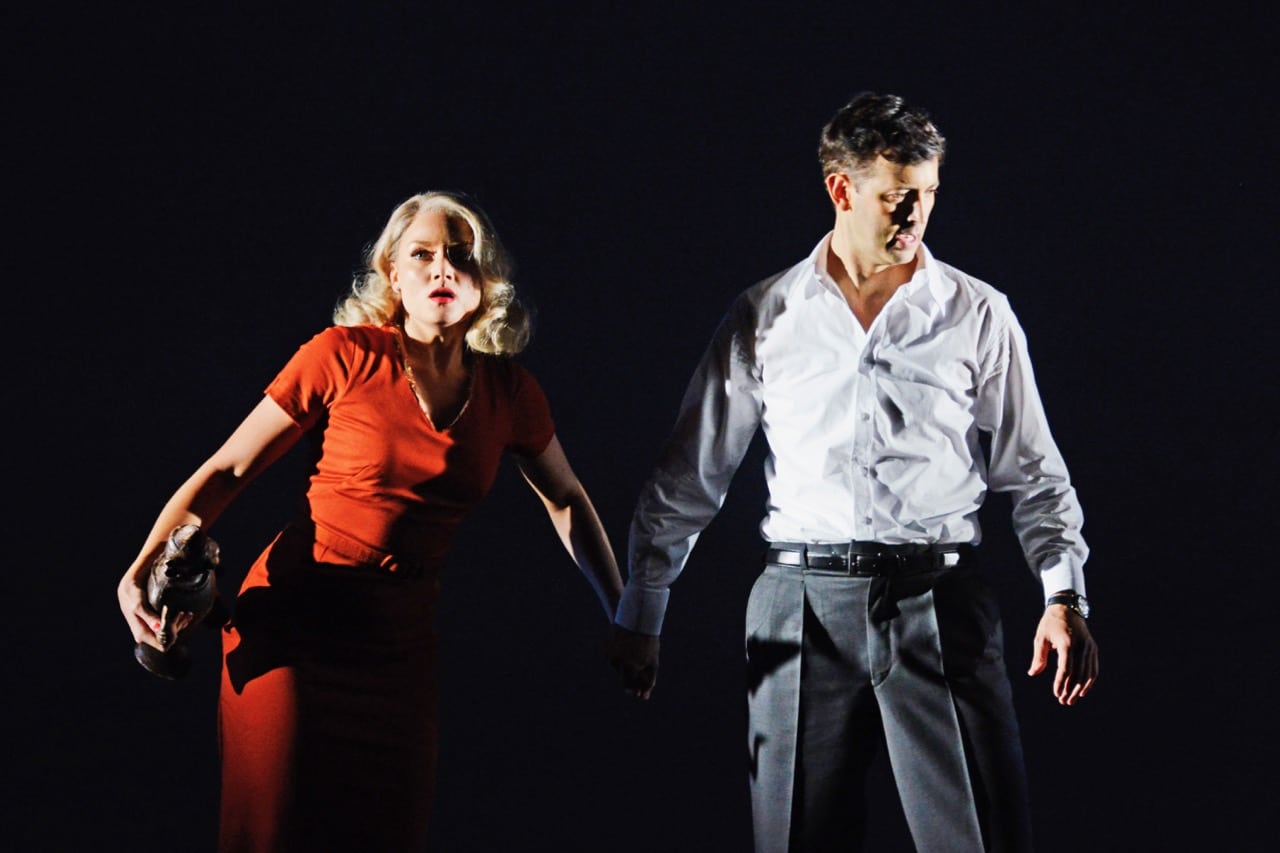 Most impressive is how the creative team inventively represents aspects of the classic film on stage with the use of audio visuals to create high speed chases and an epic climb across Mount Rushmore. These mega scenes are created without the use of mechanics or large-scale set pieces.

It is so much fun to watch how things are created and places appear, projected and unfolding around the actors in real time. Effects are made on the spot as cast members use toy sized airplanes and vehicles, wind, sound and their own faces projected onto a back drop creating a realistic illusion much like that of the 1930s and 40s old time radio programming. This is a play that has you interested and engaged while at the edge of your seat from start to finish. 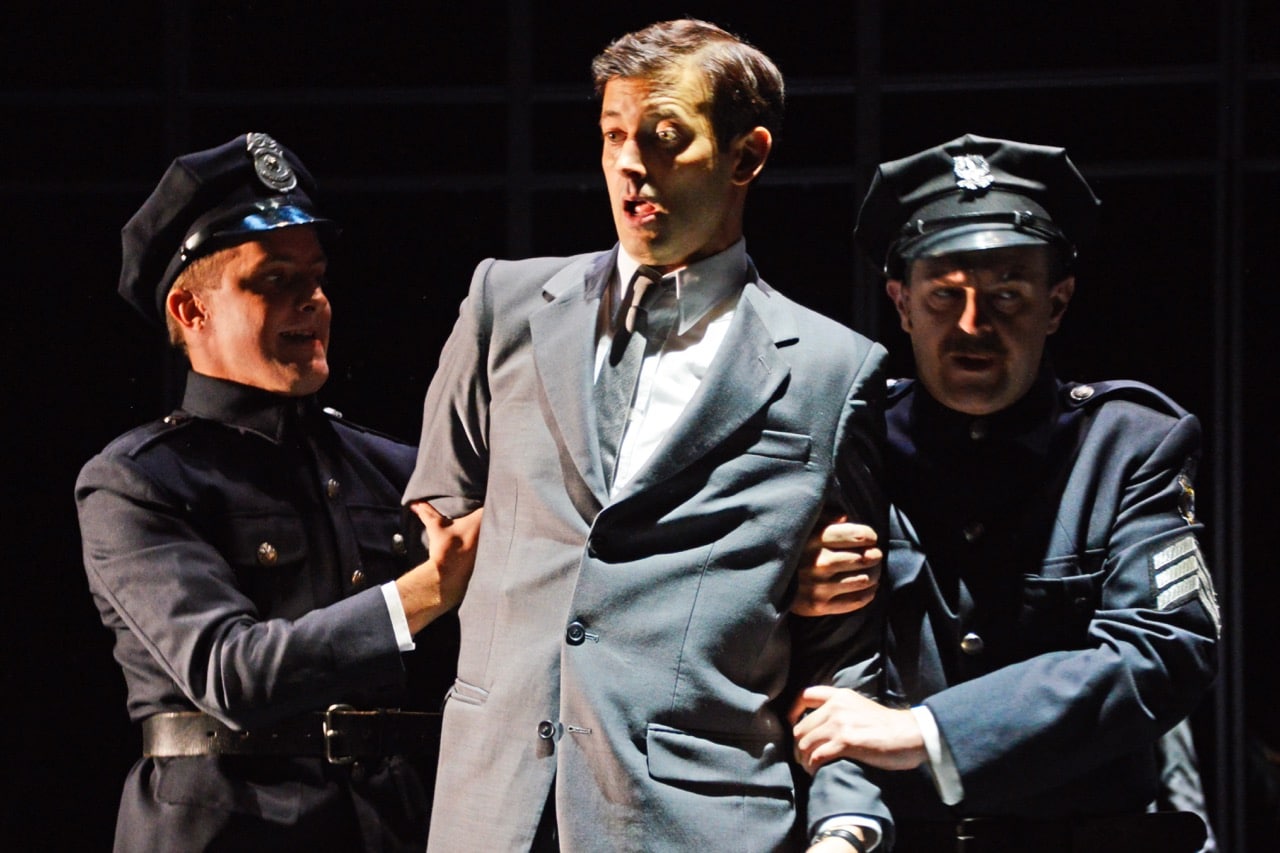