Over the past five years, Matilda: The Musical has wowed audiences in London, New York and Australia, winning dozens of awards along the way. Across its various productions, Matilda has captured Tony, Laurence Olivier and Drama Desk Awards, along with thousands of hearts.

Now, the hit musical is finally sharing with Toronto audiences the classic story of a little girl with incredible intelligence, born of a family who doesn’t want her and attending a school with a nightmare of a principal. 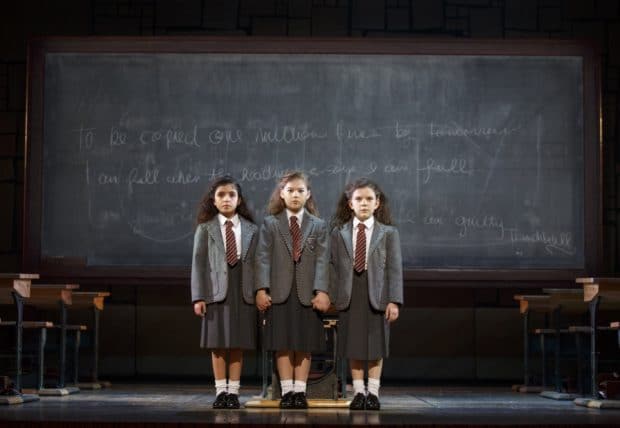 I’m sure for many audience members like myself, Matilda: The Musical brings back a large sense of nostalgia. Whether you were big on Roald Dhal books as a child or a fan of the fantastic film directed by Danny DeVito, Matilda was a story that touched a lot of our childhood hearts. I still, to this day, remember spelling “difficulty” with the help from a poem about six married women. And I certainly remember that for months after seeing the film, I tried desperately to make things move with my mind.

Nearly twenty years later, I was very excited to revisit this compelling story as a young adult. On a beautiful summer evening, I met with DobbernationLoves Publisher Andrew Dobson at the Ed Mirvish Theatre. I know he felt just as I did about the venture back into our childhoods, and we found our seats with a tinge of excitement. 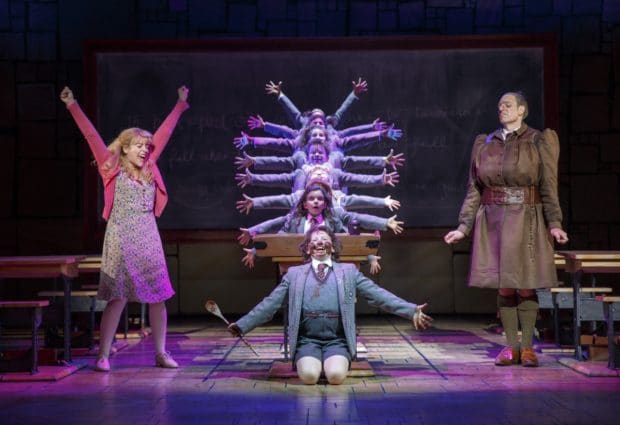 What struck me right off the bat was the talent of Matilda’s young cast. Not since Billy Elliot have I seen such great performances from our next generation of singers. The musical’s Revolting Children was certainly a highlight of the show, with the full cast of kids giving a remarkable performance, with purpose and attitude.

On this particular night, ten-year old Jaime MacLean played the title role of Matilda, one of three young actresses cast for the part. In a challenging role for sure, MacLean brought youthful energy and confidence from start to finish. 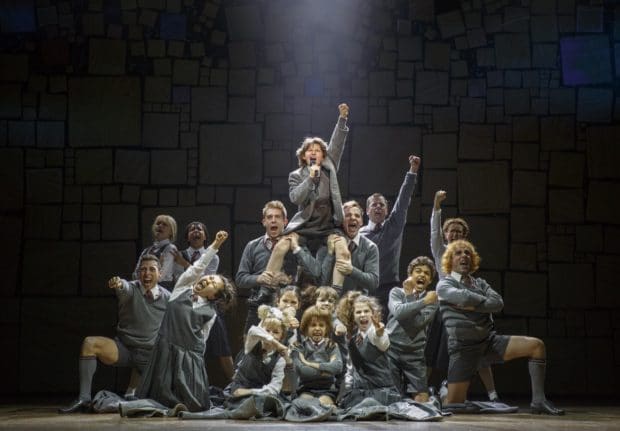 Outside of the infamous title role, Dan Chameroy, playing the evil Miss Trunchbull, was another significant standout performance. Somehow balancing both terror and hilarity, Chameroy was absolutely wonderful at being terrible.

All in all, Matilda: The Musical is a treat for Toronto audiences, young and old alike. It provides an energetic message to our youth that “even if you’re little, you can do a lot”, and reminds those of us a little older that it’s never too late to wonder what we can do when we grow up.