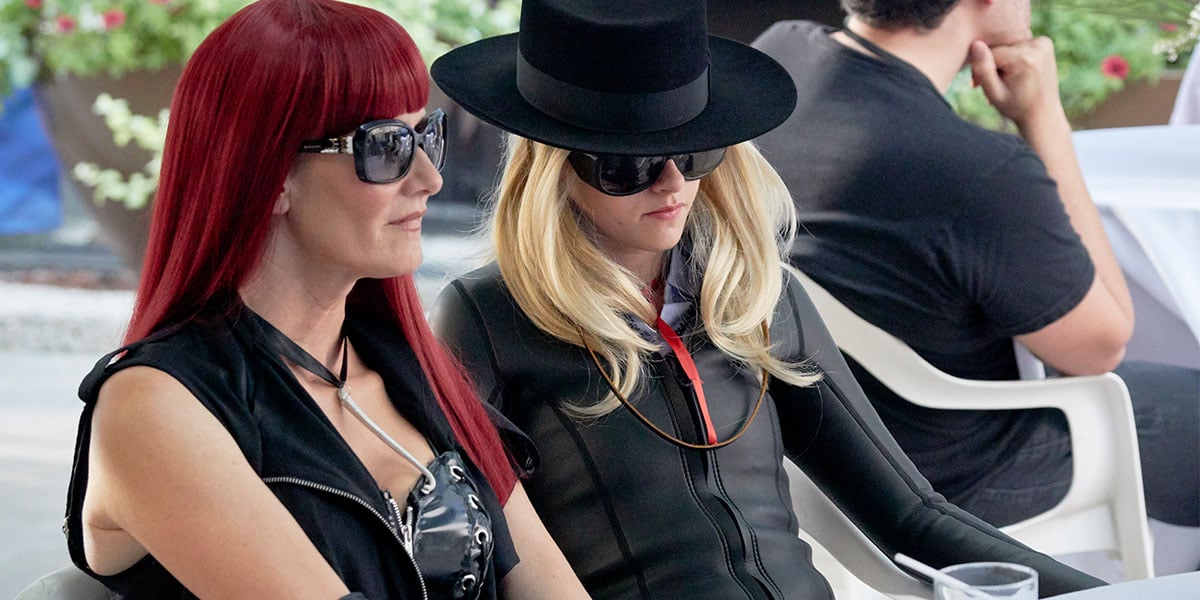 Laura Albert (Dern) is the quintessential artist, living on a shoestring budget while spending her free time passionately in dialogue with a community of writers, painters, songwriters and musicians. She divides her creative energy by crafting lyrics for her husbands band, making extra cash as a phone sex worker, and writing tough, insightful fiction under a pseudonym, JT LeRoy.

Laura grew up in Brooklyn’s punk scene, writing books that offered her the freedom to explore the darker side of the human experience. We learn that Laura was abused in her youth, and as a teen called a suicide hotline for help. She felt more comfortable talking to strangers as a boy as she thought therapists would be more sympathetic. Using a male persona as a mask to hide behind her own painful past, JT became an avatar that allowed her to tell stories that were too challenging for her to share personally.

The thing is, for Laura, JT is not just a pen name but a whole persona, a teenage boy from West Virginia living a dangerous life as a truck stop sex worker. When JT’s bestselling book “Sarah” receives rave reviews by readers and the media, the world starts to demand an authentic interaction with the author.

Partly out of desperation, and partly out of the satiating thrill for performance art, Laura conspires with her husband (Jim Sturgess) and sister-in-law Savannah (Stewart) to unveil JT to the world. They don wigs, perch sunglasses on their noses, and augment their voices to transform into the perfect disguise.

When Laura recognizes that Savannah prefers to live her life as a butch feminist, she coaxes her to strap down her breasts and take on the role of a young, shy and socially awkward JT. Laura herself transforms into Speedie, JT’s overly-protective friend who offers the films best laughs via her outrageous British accent.

Jeremiah Terminator LeRoy offers a cinematic study showcasing how those with great talent are often prone to take risks and spin out of control at the first signs of jealousy. Stewart’s gender fluid take on JT offers a refreshing queer persona who feels stuck in a web of lies, while Dern brilliantly reveals how an author in hiding might feel when she realizes she may never enjoy the praise she craves.