Trump haters beware, a recent holiday tweet from the President-elect sends a strong warm and fuzzy message that you might not otherwise be used to. He’s calling for America to restore the bonds of trust between citizens, encouraging them to speak with one voice and one heart.

It’s a marked pivot from his recent tweets of disdain to the cast of both SNL and Broadway’s Hamilton. His endless onslaught of haughty posts has folks fearful for the future of women, Muslims, people of colour and the LGBT community. As the world waits with baited breath to see what kind of action the soon to be president will take, there’s a remedy that can help ease some of your anxiety. 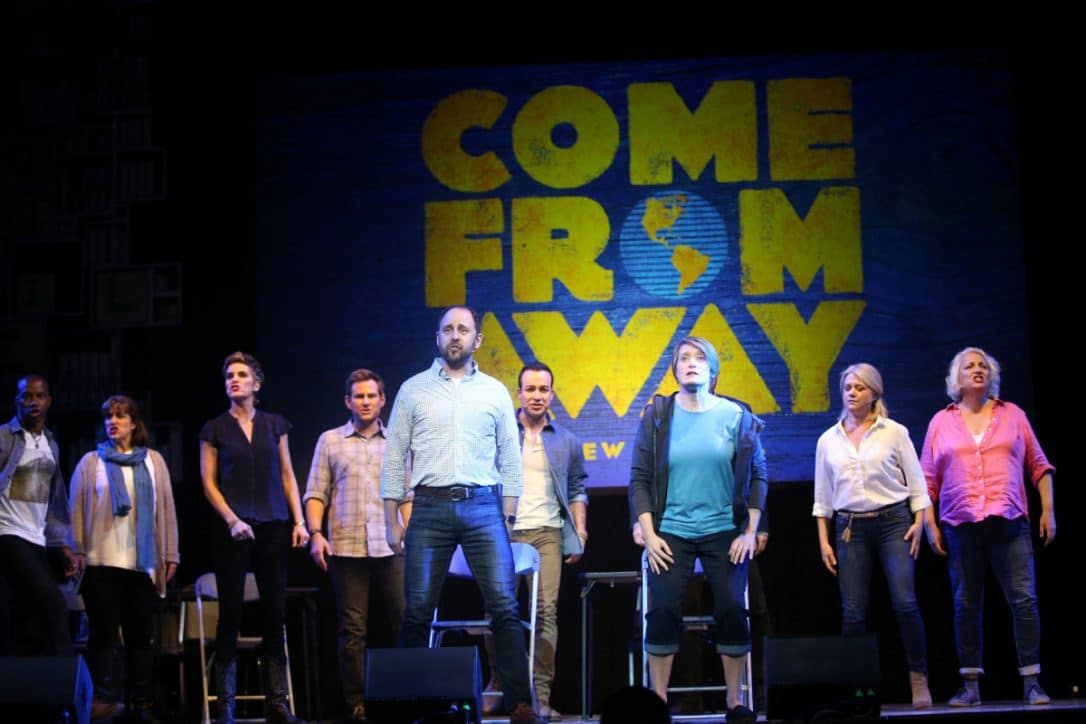 Last week Mirvish reopened one of its most historic and iconic theatres, The Royal Alexandra, after an extensive $2.5 million-dollar facelift. The Toronto theatre now boasts a marvellous makeover and brand new, made in Canada musical – Come From Away. The Broadway bound musical focuses on the overwhelming generosity and kindness that came out of one of the worlds most notorious acts of terrorism, 9/11.

The show by Irene Sankoff and David Hein (My Mother’s Lesbian Jewish Wiccan Wedding) tells the tale of 38 international jets that landed on September 11th in Gander, a remote town in Newfoundland. Gander was originally developed around its airport, used back in the day when transatlantic flights needed to refuel when flying from North America en route to Europe. On 9/11, after America shut down its airspace, 6579 passengers were left stranded, grounded in Gander for almost a week. 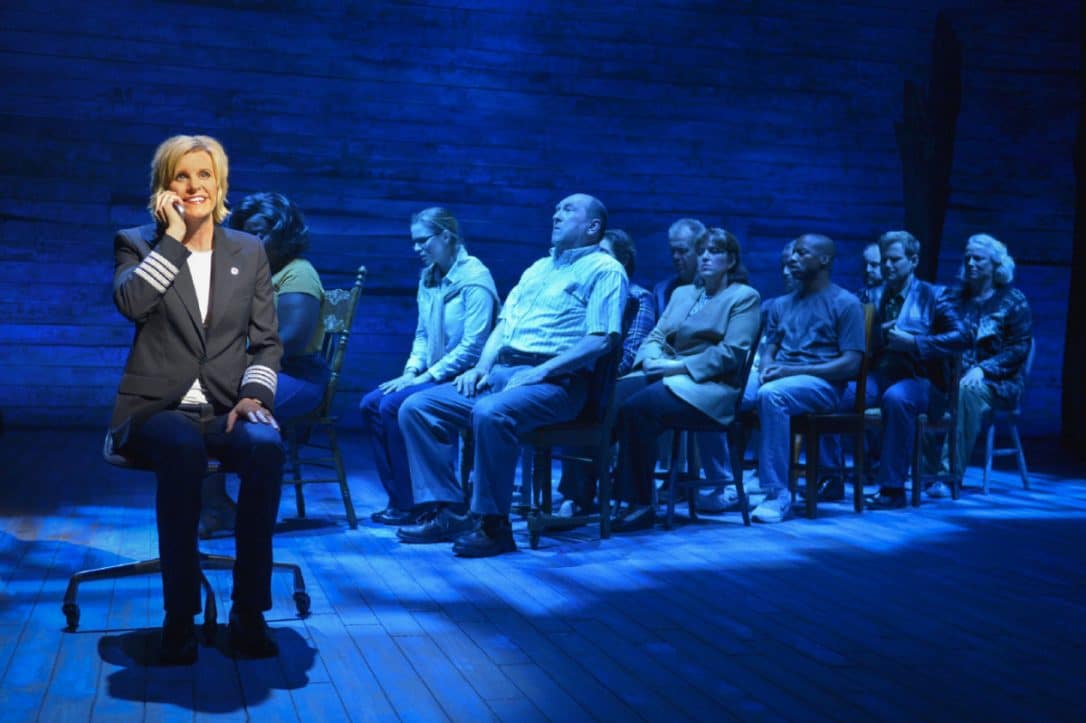 The must-see show by Tony-nominated director Christopher Ashley (Memphis) highlights the importance of hospitality, cross boarder collaboration and the coming together of different races, religions and cultures. It symbolizes what the world currently needs after such a long and bruising US political campaign. A story about people making an effort to come together when its easier to fall apart.

A few weeks ago Vice President-elect, Mike Pence was in the headlines after being lectured to by the cast of Hamilton. This incident showcased how the American people are eager to share their feelings with politicians to ensure marginalized communities are protected and heard. Come From Away underscores the power of the arts to imbue meaning in chaos. If Trump wants to rebuild and restore the bonds of trust in America perhaps this new Canadian musical, which arrives to Broadway’s Gerald Schoenfeld Theatre on March 12th, is the perfect opportunity for him to embrace American multiculturalism while rehabing his love for the arts. 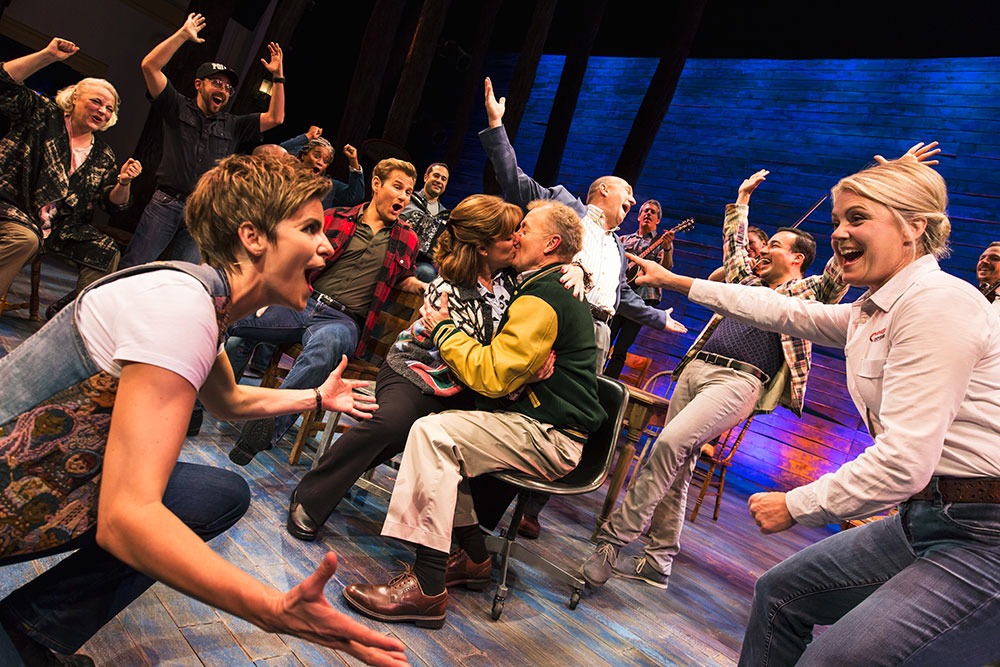 Come From Away makes you proud to be Canadian. It was in a small town where a handful of friendly Canadians stopped their lives to take care of a group of complete strangers – many of whom didn’t speak their language or share their culture and religion.

The show is uniquely Canadian featuring an entire cast which successfully maintains a Newfie accent while accompanied by a live Celtic band which had the entire audience clapping its hands and stomping its feet. Toronto audiences will also be tickled pink with the shows revolving door of Canuck references: from an emergency shop at Shoppers, coffee sips at Tim Horton’s and a sud-sloshed eve courtesty of Molson Canadian. What shines brightest from start to finish is that classic east coast hospitality. Folks in Gander opened their hearts and their homes to host this international community for a week, spurring unexpected comradery under extraordinary circumstances. 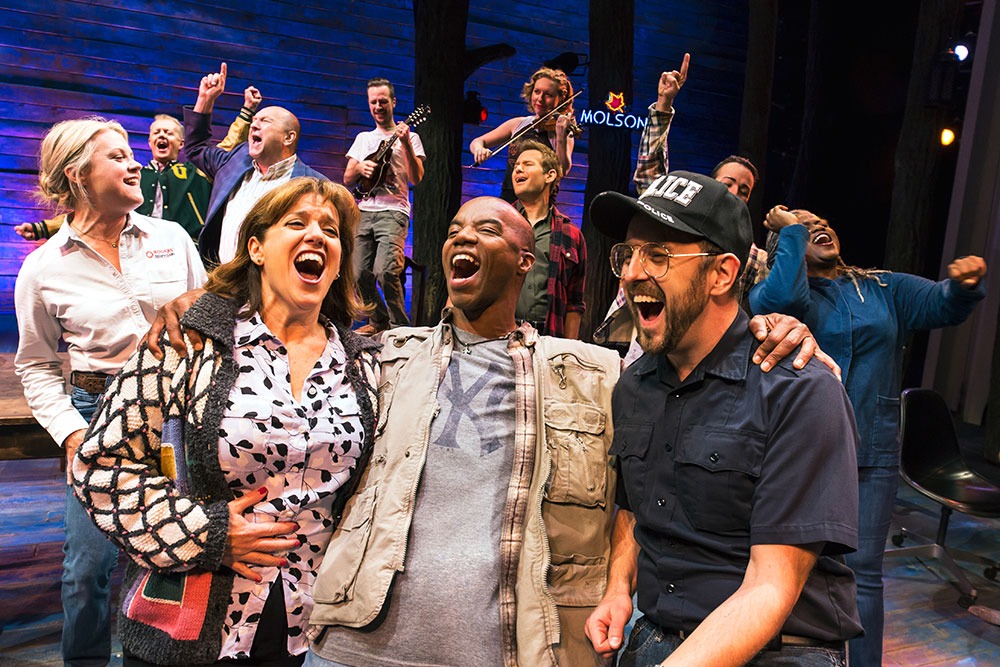 Come From Away is an ensemble piece featuring 12 actors that represent thousands of people. Throughout the show actors switch in and out of several characters seamlessly. Each character’s personal story reiterates how people from different backgrounds were able to come together for the common good. Examples include “the plane people” initially being skeptical of a Muslim passenger who was always eager to lend a hand, a Rabi who set up a Kosher kitchen for Jews, Muslims and vegetarians to use, and a gay couple who felt awkward at a local bar when asked if they were gay. FYI, the hilarious duo quickly find out that even in a small town people are gayer than you think!

Sometimes when you’re bombarded by bad news the best therapy is to get out of the house and experience inspiring entertainment to liven up your mood. If America wishes to heal its division, perhaps a first step is to invite Trump to skip out of his Tower, beeline it for Broadway and have his heart touched by Canada’s tearjerking true tale, Come From Away.