Once the Toronto International Film Festival has come and gone, most film lovers retreat back into their dens exhausted and over stimulated. We hope you’ve enjoyed a quick one month movie break and are ready to kick back with a bag of popcorn to explore the world’s largest Indigenous film festival imagineNATIVE.

Running from October 18-22, imagineNATIVE is celebrating its 18th year by showcasing a diverse selection of feature length films, documentaries and music videos from a variety of ingenious perspectives. This year imagineNATIVE wants participants to “travel the world,” through a bevy of panels, workshops, and video content promoting ingenious perspectives and international cultures.

Through the selection process, which fosters a consensus based approach to programming, organic themes emerge and are used throughout the festival. Panels and workshops are approached in the same way, with themes and discussions relevant to indigenous communities being used as topics of discussion with that are open to festival goers.

“We really base our programming on what’s submitted to us, so we often find different themes emerging naturally through our process of selection. Our festival has always been international and Toronto has been a core aspect of the function of the festival,” said ImagineNATIVE’s Artistic Director Jason Ryle. “But we’re also responding to trends within our own communities, like our Insiders, Outsiders panel example. It’s a roundtable discussion that asks questions about ownership and whether or not Indigenous storytelling sovereignty is absolute.”

Here’s our list of must-see flicks from this years fest! 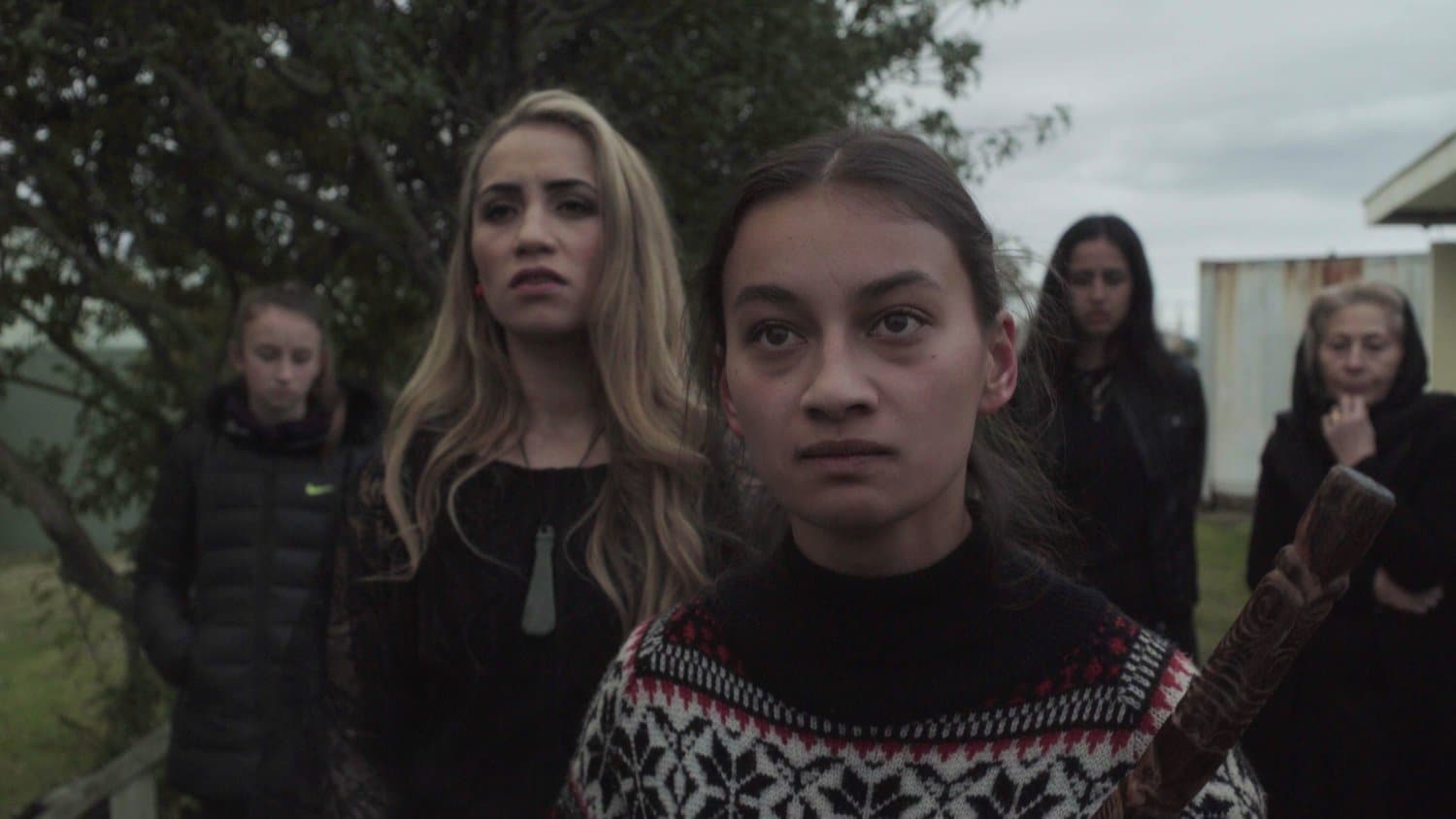 In this 86 minute feature, a collective of female Maori directors came together and created a devastating epic about the effect death can have on a community. Selected for the opening night Gala of imangineNATIVE (after much acclaim last month at TIFF), Waru recounts the death of a boy at the hands of his caregiver. But more importantly it depicts the same 10 minutes of time from the perspective of eight different Maori women. With each segment being told in real time and filmed in a single shot, I came away from Waru feeling emotionally spent but happy that I was able to experience a landmark film from New Zealand.

Juliana and the Medicine Fish: Canada

This Canadian entry focuses on the relationship between a daughter and her father combing traditional Ojibwe storytelling with a modern day struggles. At 12-years-old Juliana’s mother dies suddenly and she is left to repair her complicated relationship with her father. But as bankruptcy looms over their family-owned resort, her father’s mind is elsewhere as he tries to organize a high-stakes fishing derby hoping to save their home and livelihood. Featuring fantastic performances from Emma Tremblay and Adam Beach, this feature length film from director Jeremy Torrie will have its world premiere at the TIFF Lightbox on October 20. Poignant and surreal Juliana and the Medicine Fish is certainly one of the most exciting films of the festival. 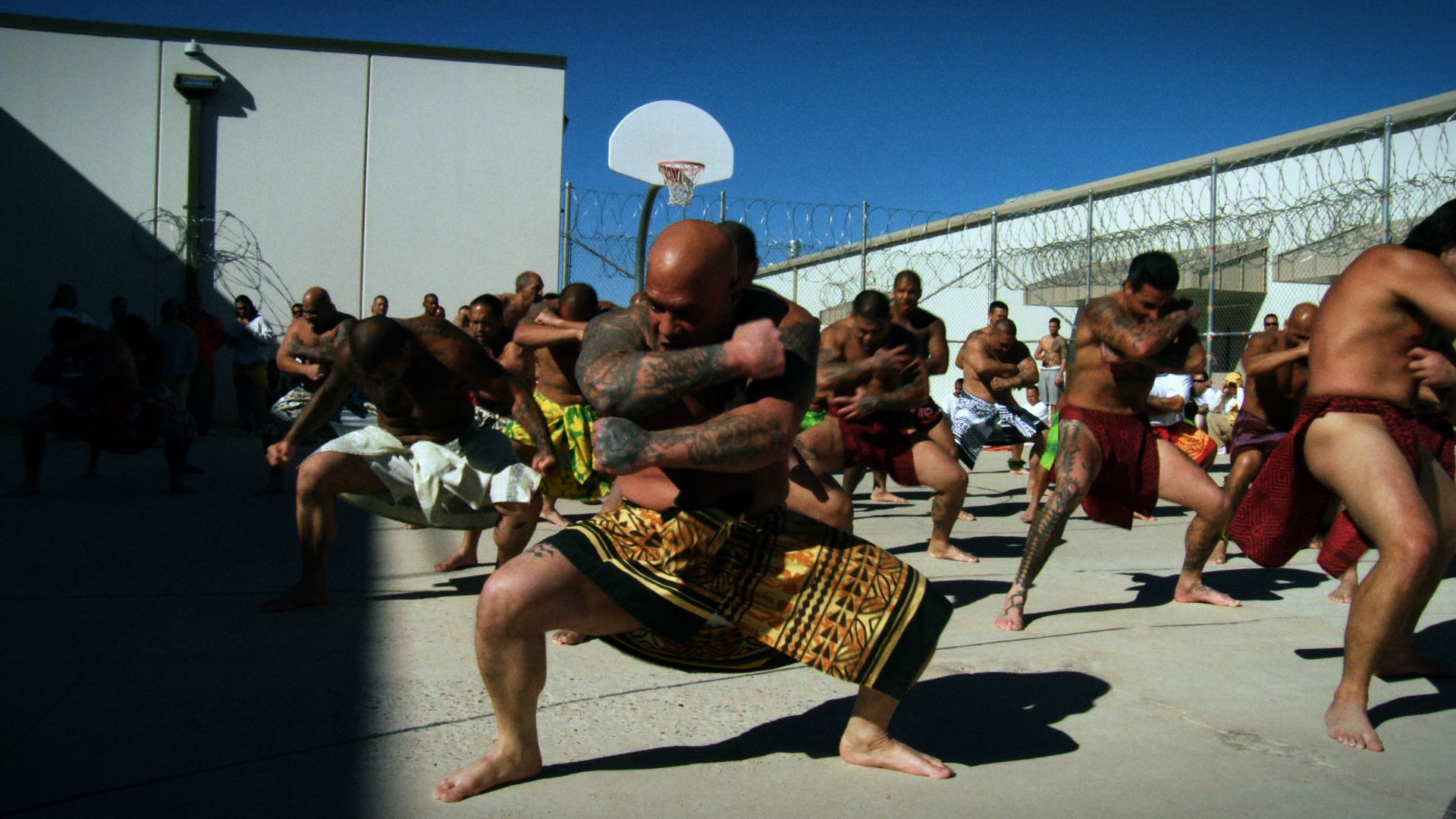 Forced from their home due to overpopulation and placed in a private prison in the deserts of Arizona, a predominantly Indigenous population comes to understand the nature of their culture and spirituality. Told from the perspective of two men granted parole, Out of State is a fascinating look at a culture struggling to understand the role it’s men play in their society. Director Ciara Lacy is quiet in her directing, adopting a fly on the wall mentality and letting the central characters control the narrative.

Shot in black and white “Volcano,” follows a young woman as she seeks to understand the fundamental human condition. It’s full of sharp observations about human nature and the often-humorous ways we prescribe meaning to our everyday actions. As our main character questions friends and strangers on what it means to be human, we’re treated to a variety of different outlooks on life, from finding happiness through charity work to a sense of fulfillment in raising a child. Vulkan is a set of conversations that question what we know to be human interactions. 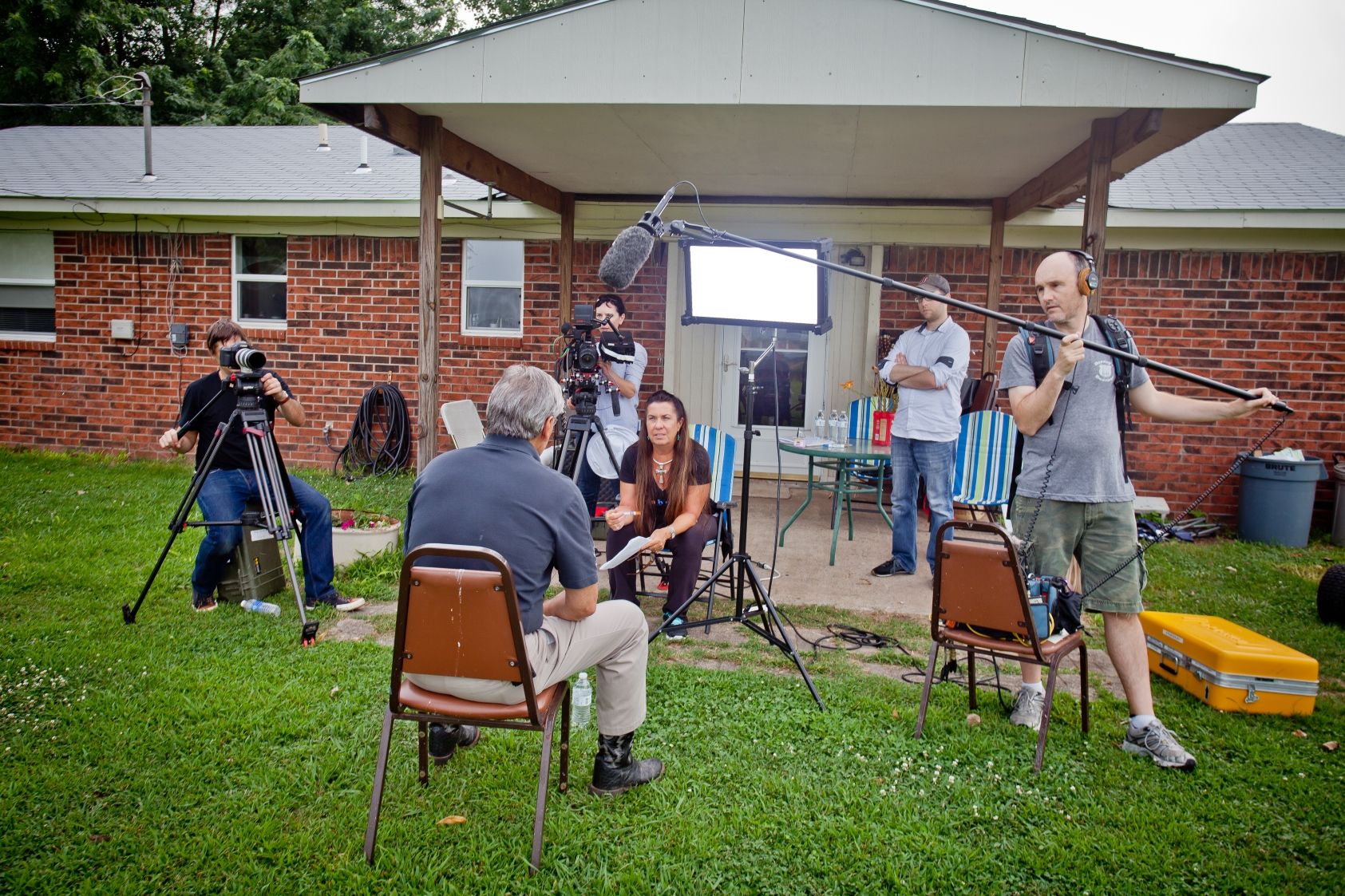 Having produced, directed and written over a dozen award-winning films and television series, legendary director Valeri Red-Horse Mohl brings her poignant style of filmmaking to the story of Wilma Mankiller. As the first ever female to be elected Chief of the Cherokee Nation in 1985, the documentary stitches together archival footage with interviews from those closest to her, to tell a story a grand story of community and personal portrait of one of Native America’s greatest leaders.

Kat Waj or “I love you,” is a dramatic short by up and coming director Teresa Jimenez. What starts out as a beautifully shot story of a young girl with a zest for life and literature, takes a sudden heart wrenching turn towards the latter half of its 18 minute run. With picturesque cinematography and a gorgeous colour palette Jimenez made me think twice about the nature of what I was watching. She’s able to pack so much symbolism and thematic overtures into such a short amount of time, Kat Waj feels far more grand in scope than would initially appear. 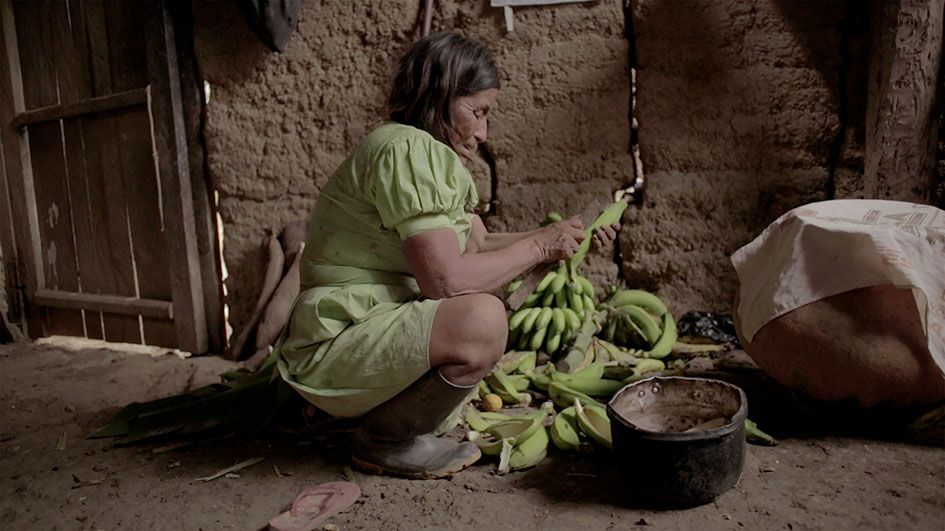 Rio Verde is documentary about time, our perception of it and how it connects everyone on an ancestral level. Taking us on a surreal journey down the Amazon River brothers Alvero and Diego Sarimento explore the impact of global capitalism through the lens of a rubber industry so integral to colonialism of the 19th century. Silence is used to great effect, with the visuals conveying a sense of emotion rather than dialogue providing a substantive element.

Nivi Pederson is an Inuk documentary filmmaker who manages to turn the act of shovelling snow into a philosophical rumination on life. The opening shot, captured through the use of a drone, is breathtaking. In a mere seven minutes Pederson introduces us to three different people who are impacted by this daily routine in significantly  different ways. Snow is a remarkable and surprisingly emotional achievement. 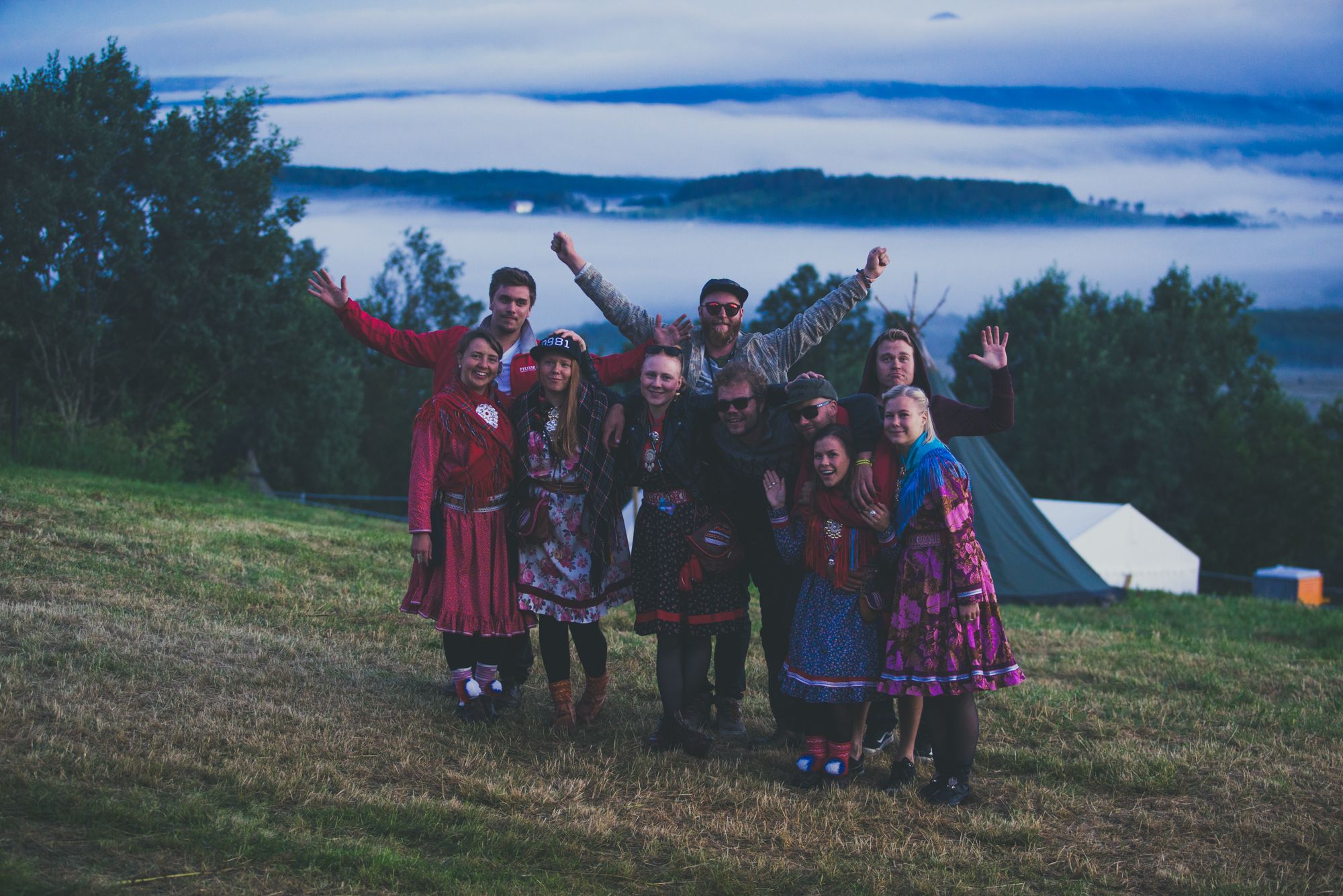 Shot primarily on film, the music video for Ravggon is an ode to the touring band and all things related to the Markomeannu festival. As an Indigenous cultural event, the Markomeannu festival aims to celebrate the heritage and traditions of different Sami villages within the municipalities of Skånland and Nordland in northern Norway. It’s an upbeat song with footage of the band travelling in a state of musical fruition.

Solid banger with a potent message, Stallu is a song and music video that describes what it feels to be an outcast in society. Based on the folk legend of the Stallu a Norwegian monster that causes nightmare, Slincraze raps about how it feels to be Sami made to feel like a stallu. Scary, intense and hauntingly emphatic, it’s a music video that provides you with a different perspective in both rap music and cultural relevance. 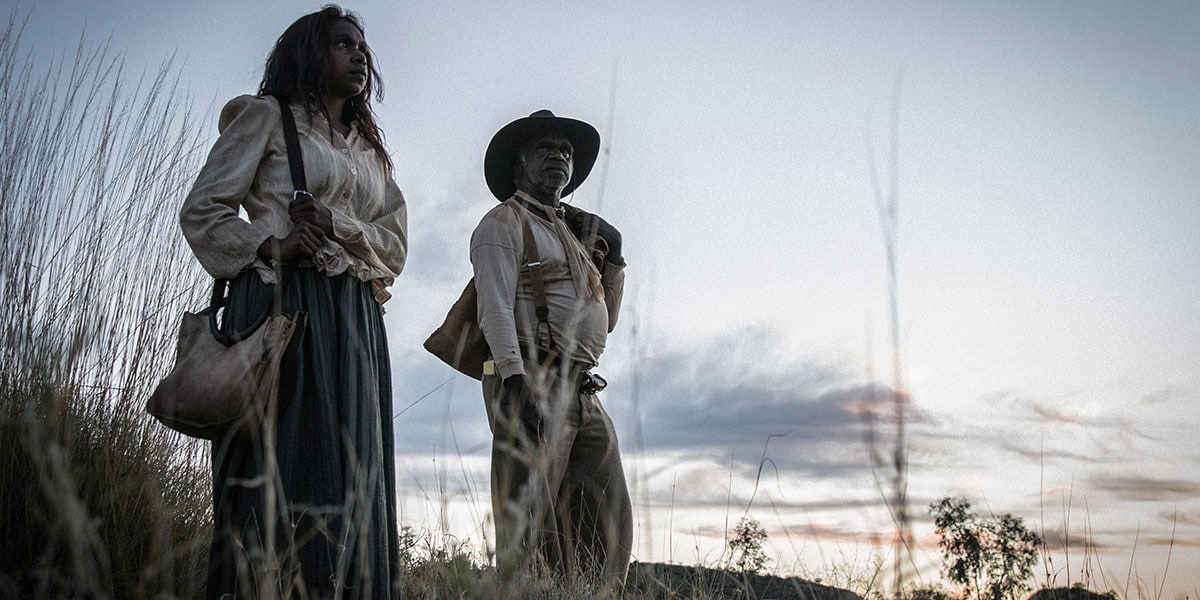 In Sweet Country, award winning director Warwick Thornton has brought to life historical events with a visceral eye for dialogue and gorgeous cinematography. Starring the always amazing Sam Neill, the story is set in the interior of Australia in the 1920s, and tells the story of an aboriginal stockman fleeing the law after the murder of a white station owner. Although brutal at times Thornton manages to create very human observations in the face of injustice.