Last night the who’s who of Toronto lined up on Dundas Street West clutching coveted tickets in eager anticipation for the city’s most adored annual art party. Now in its 13th year, the Art Gallery of Ontario’s Massive Party, is a fixture on the cultural and social calendars of Canadian art enthusiasts and tastemakers. 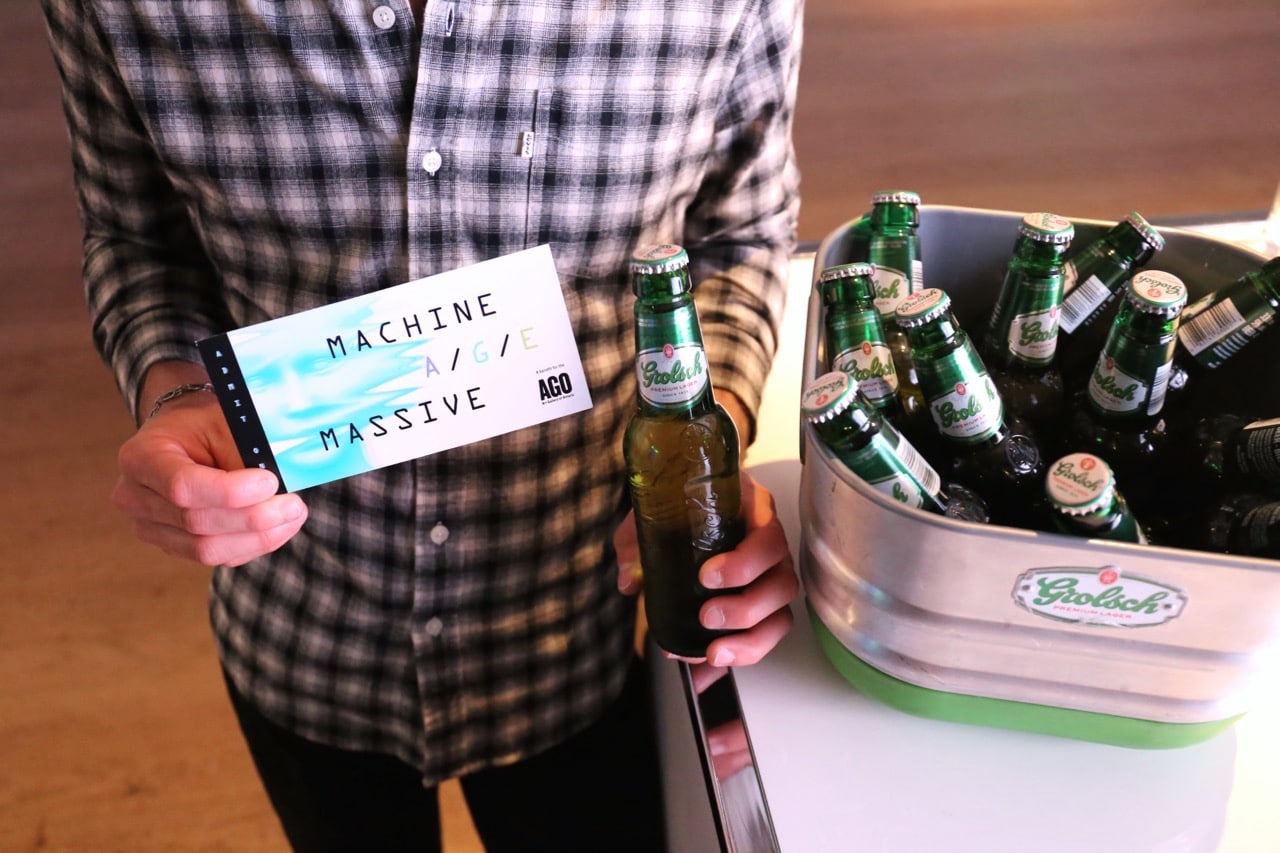 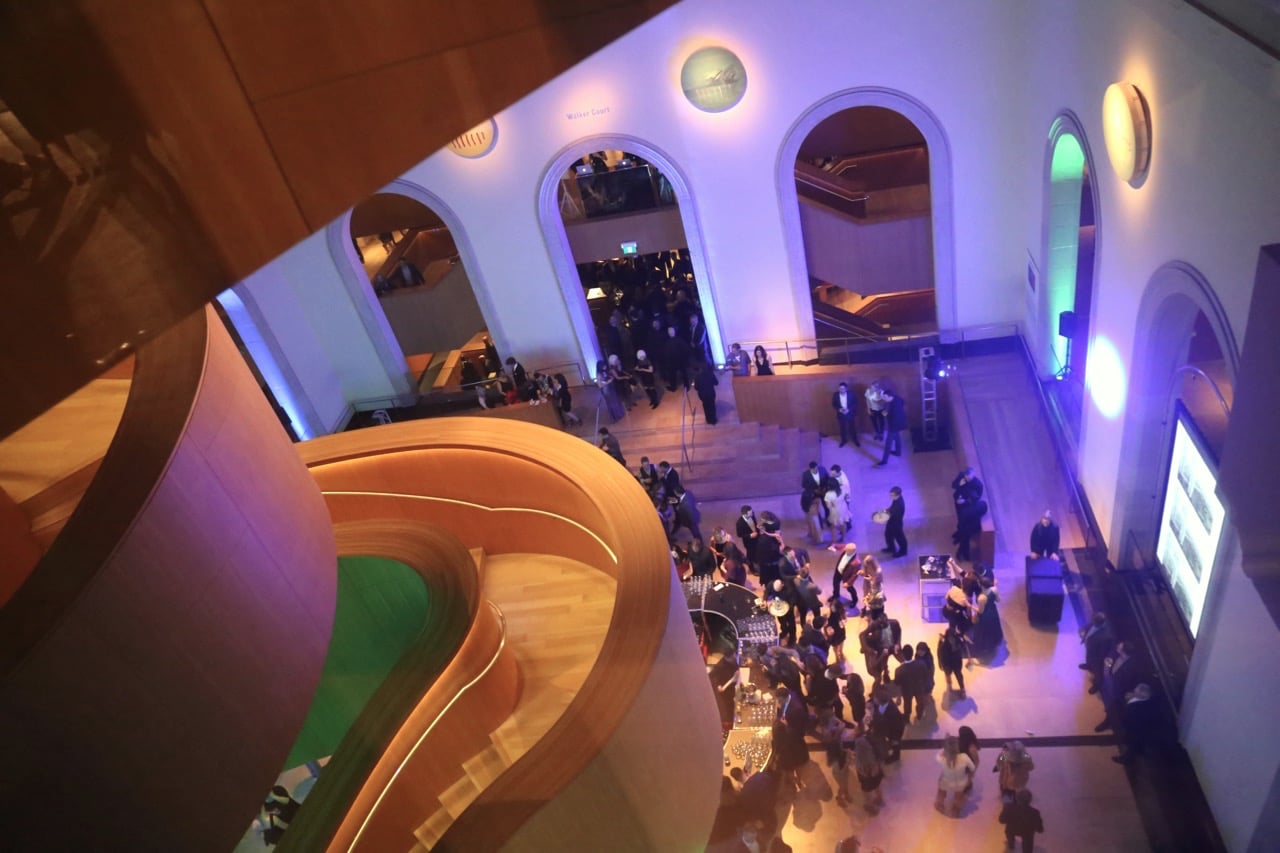 I was invited to cover the AGO Massive Party by my friends at Grolsch. The Dutch brewery founded in 1615 is best known for its thirst quenching premium lager which is sold in a distinctive old-school bottle featuring a swingtop. Grolsch has actively been supporting Toronto’s artistic community for years and is perhaps best recognized in the city as being the official beer sponsor at the Toronto International Film Festival. Grolsch Brewery’s support extends beyond those two glitzy weeks in September and has included special programming such as Grolsch Behind the Lens, a dynamic discussion with critically acclaimed filmmakers exploring the journey behind their first feature films. 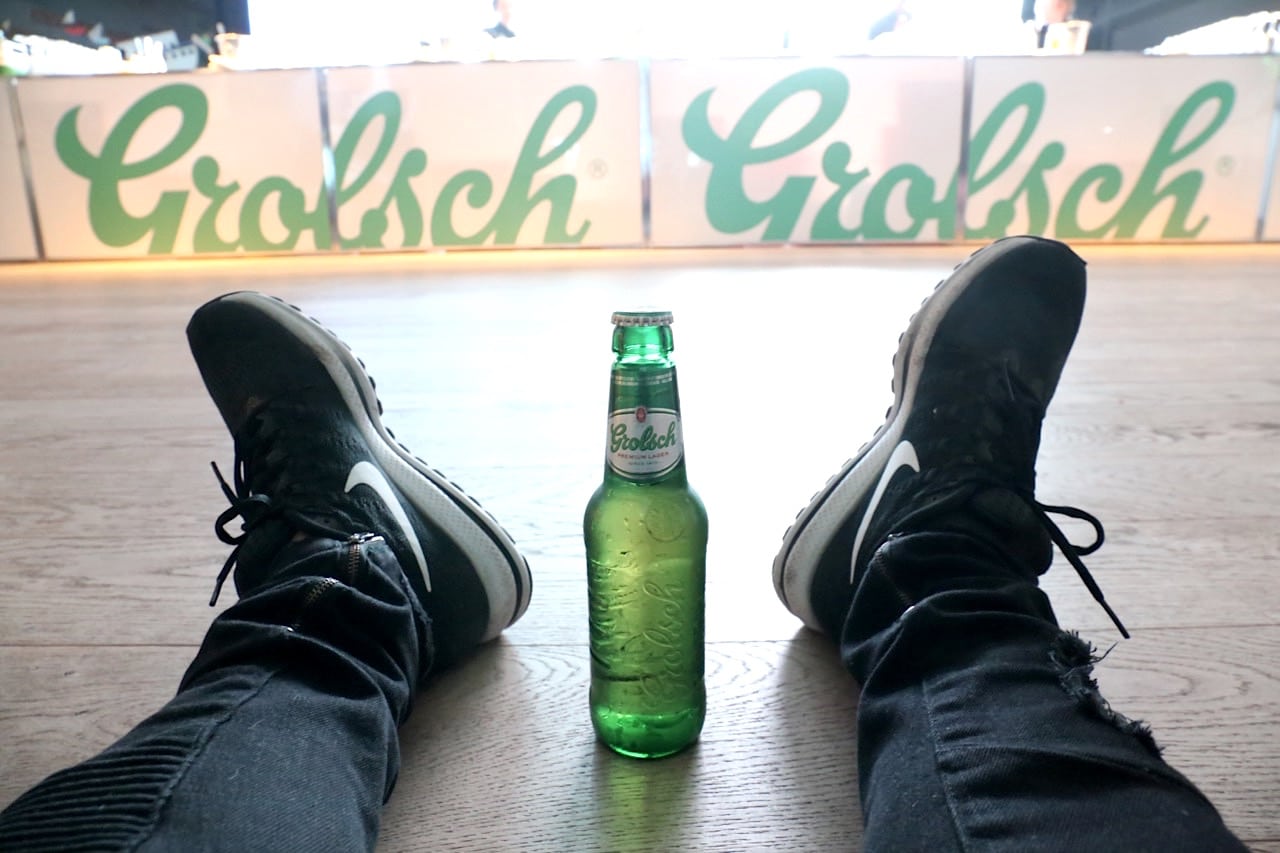 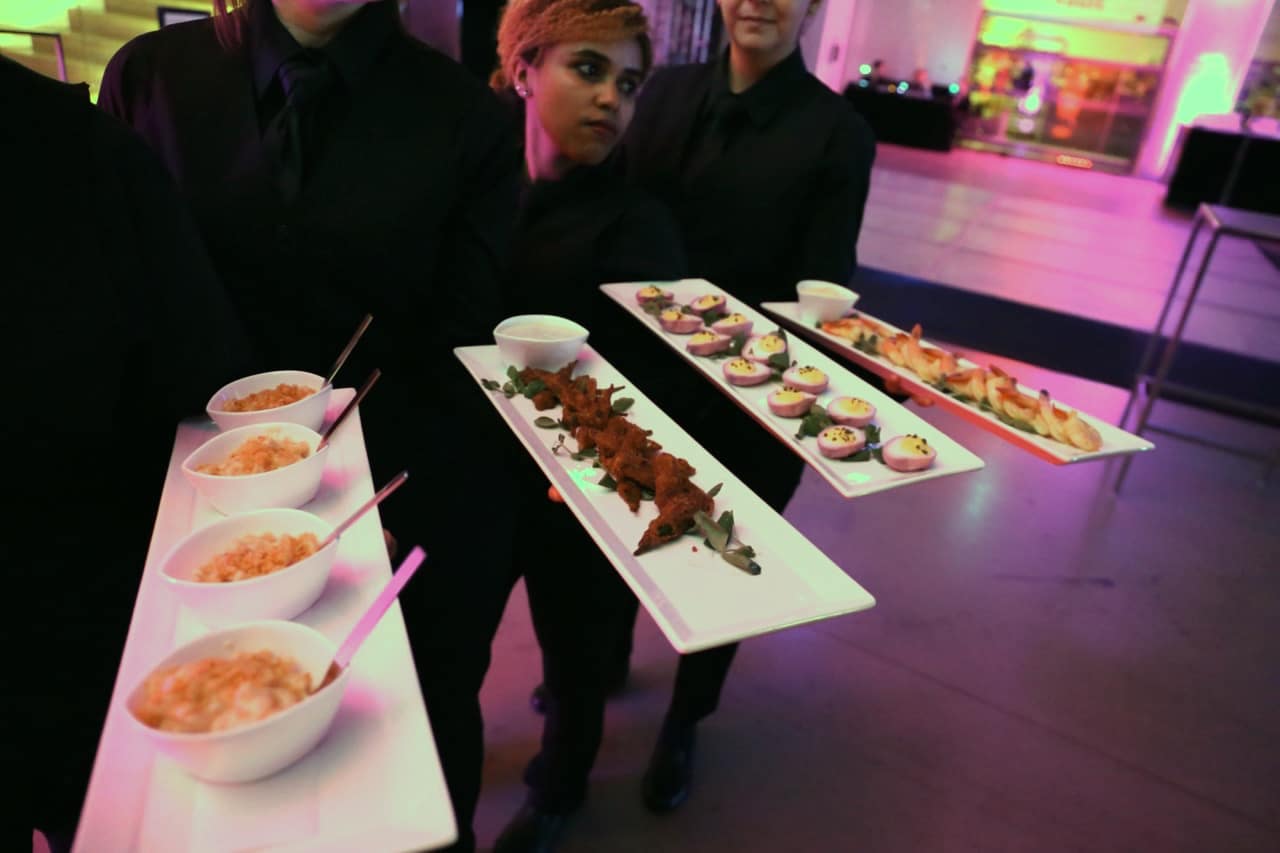 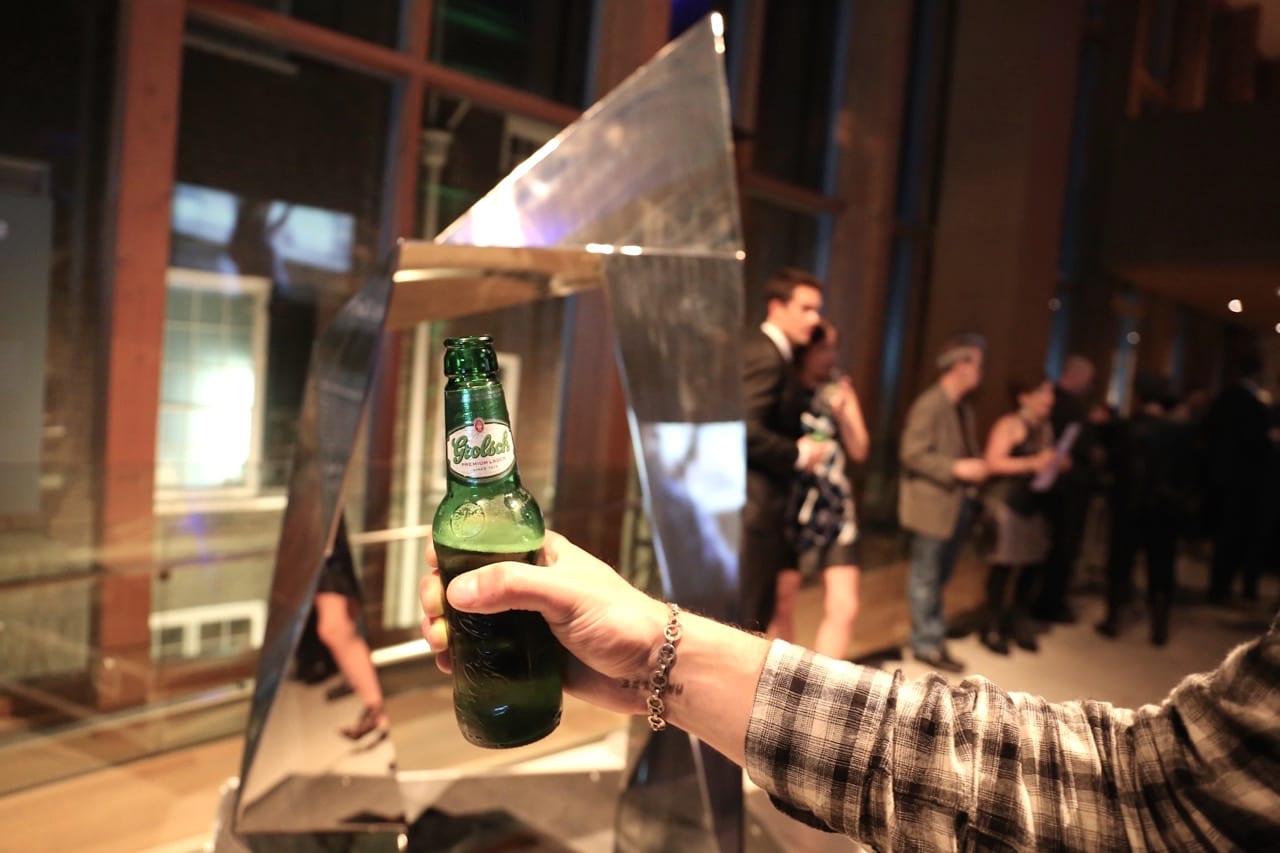 This years party, Machine Age Massive, celebrated the Industrial, Digital and Space Age – transporting partygoers through an unforgettable night of mechanical wonder. Guests arrived in their own fashionable take on the futuristic theme, demanding attention with their own wearable art inspired by the likes of The Jetsons, Mad Max and 2001: A Space Odyssey. These costume curators showed off in bold shapes, metallic fabrics and blinking wearable technology. 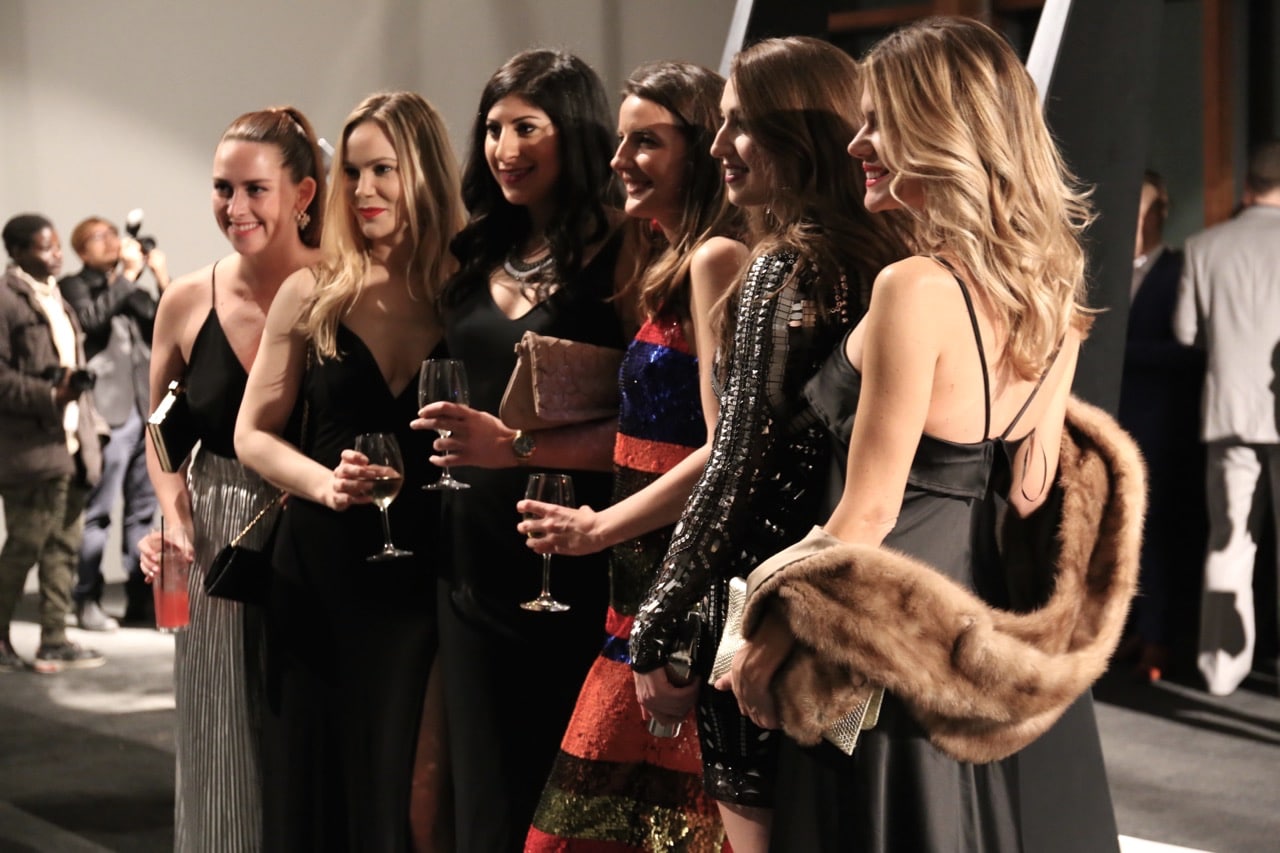 Three artists took over separate spaces within the Gallery, offering guests ample opportunity to enjoy a thought provoking evening while swirling and sipping.

Artist Jon Sasaki’s interactive installation in celebration of the Industrial Age dazzled crowds on the Concourse Level. Sasaki shares, “Dancers will wrangle an enormous 90 metre-long inflatable smokestack, to tragicomic effect. It will be an improvised performance, lasting the entire party or until the dancers pass out from fatigue, whichever comes first. As I envision it, the dancers will be both the tender custodians of the smokestack, while at the same time appearing constrained and smothered by it.” 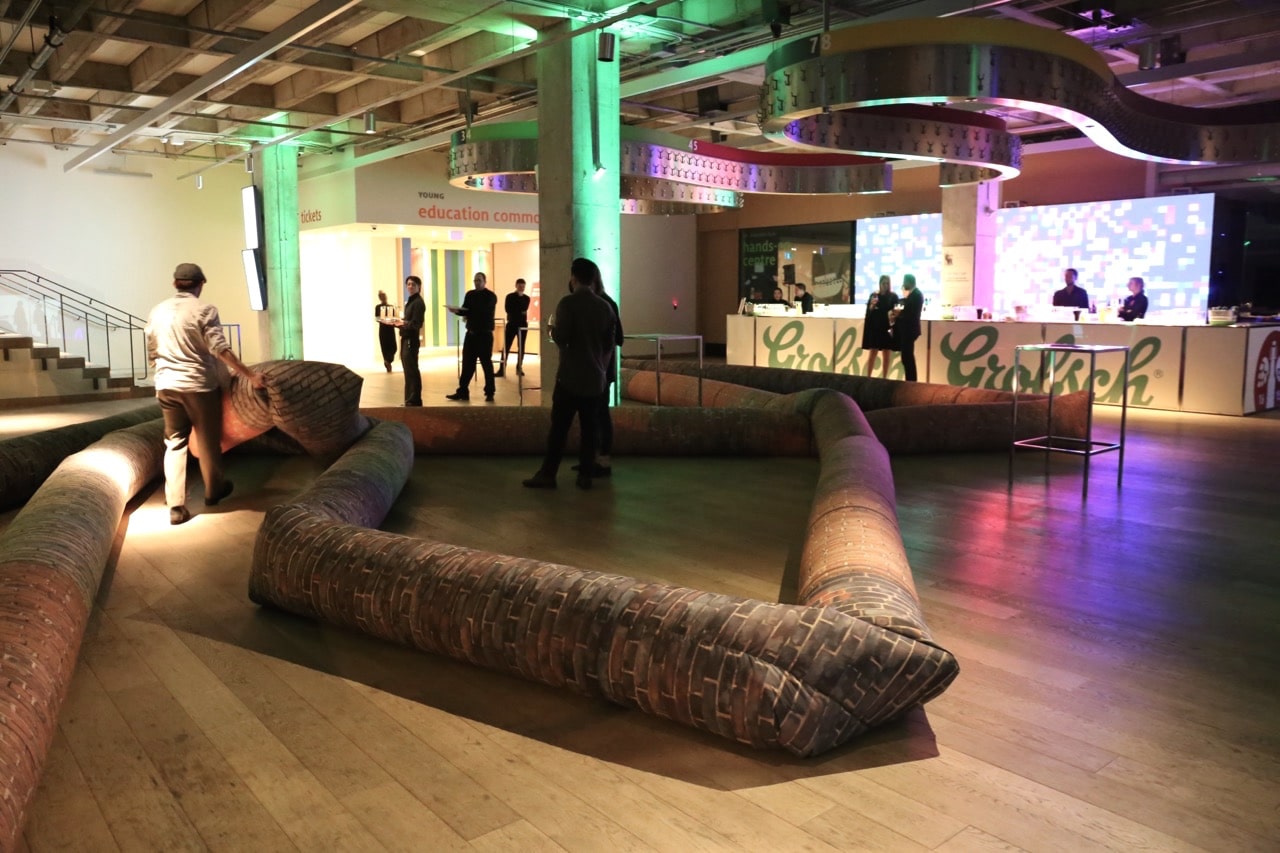 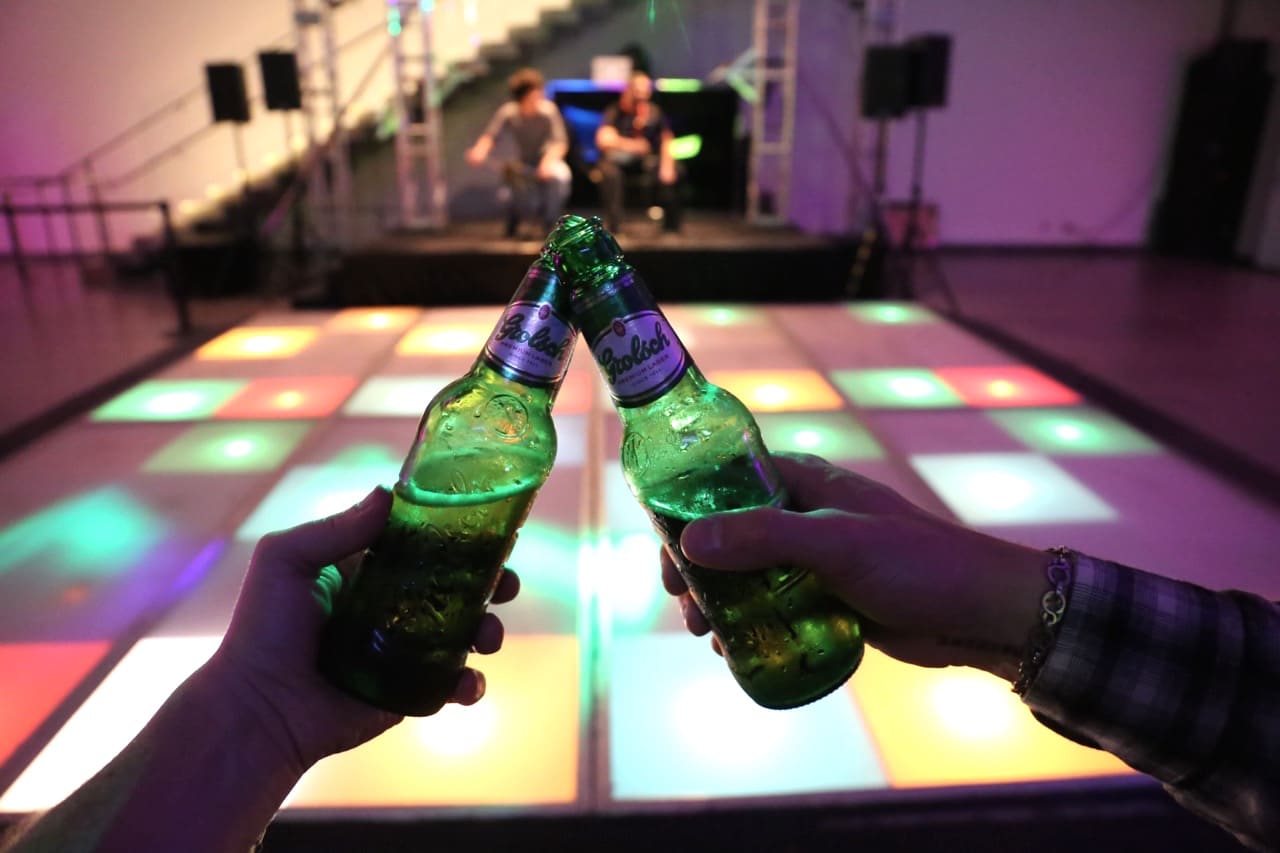 On Level 1 the Digital Age came alive thanks to artist Trudy Erin Elmore’s immersive 360˚ installation. Elmore explains her project in more detail, “I am representing the Digital Age by drawing on the influence of Hieronymus Bosch’s painting The Garden of Earthly Delights. Using motion capture technology and 3D software I have created an immersive environment with experimental animations. The animations are projected on a number of large screens. In the animations I explore the circus of humanity, the sensationalism and the monotony that is our online and digital lives.” 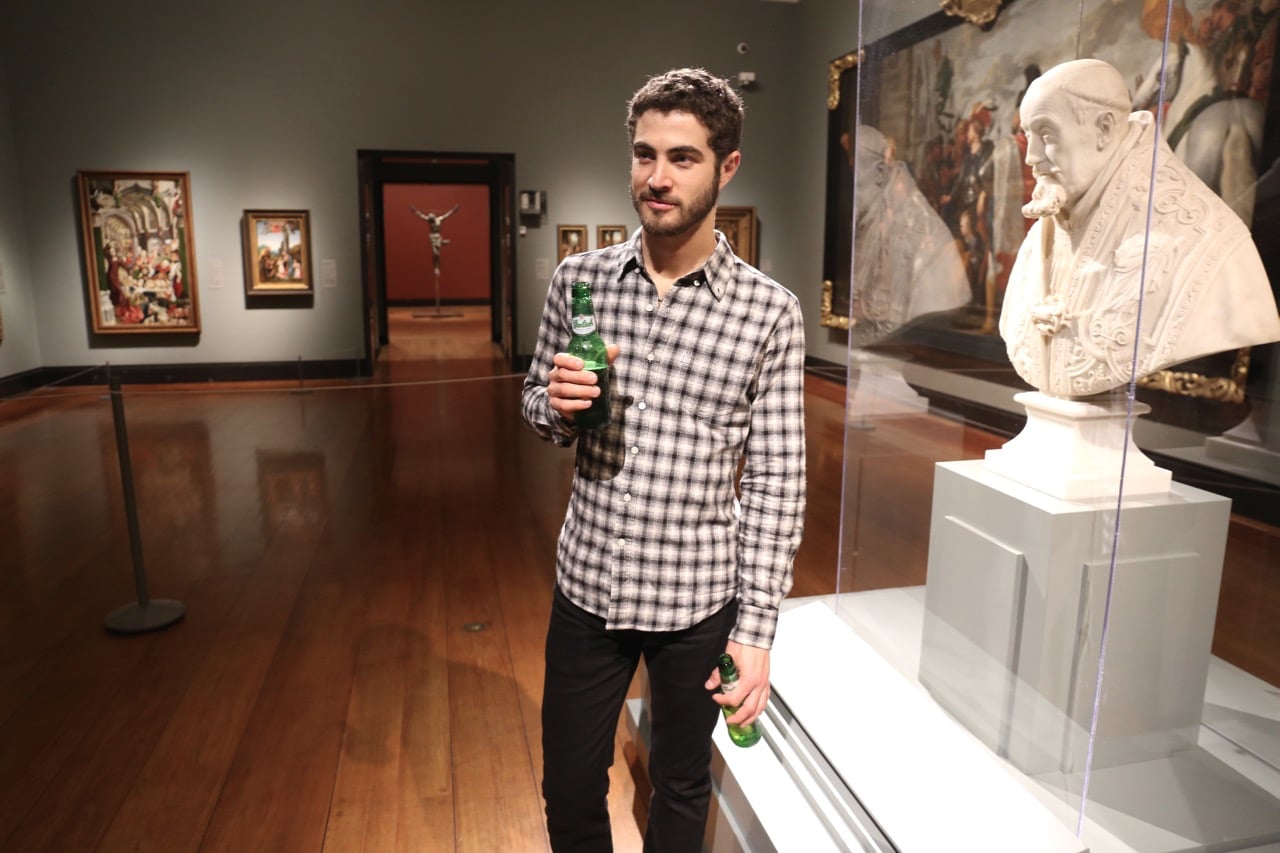 The Space Age twinkled brightly on Level 3 as artist Harley Valentine transported culture vultures to another world. Valentine describes his work Bodies in Motion, “It references the role of the artist as a builder and dreamer in modern society, illustrating both the physical and metaphysical strength required to create impactful works of art. Centre stage will be a recreation of a studio, showcasing the artist’s labour in creating intuitive and/or accidental compositions by physically looping, weaving, and knotting a 200′ Cordian sculpture (a giant metal rope). Every hour the work will be redrawn, and these spatial drawings will be highlighted by dance and movement, choreographed by Robert Binet and performed by dancer Svetlana Lunkina who, on the hour mark, will emerge for the activation.” 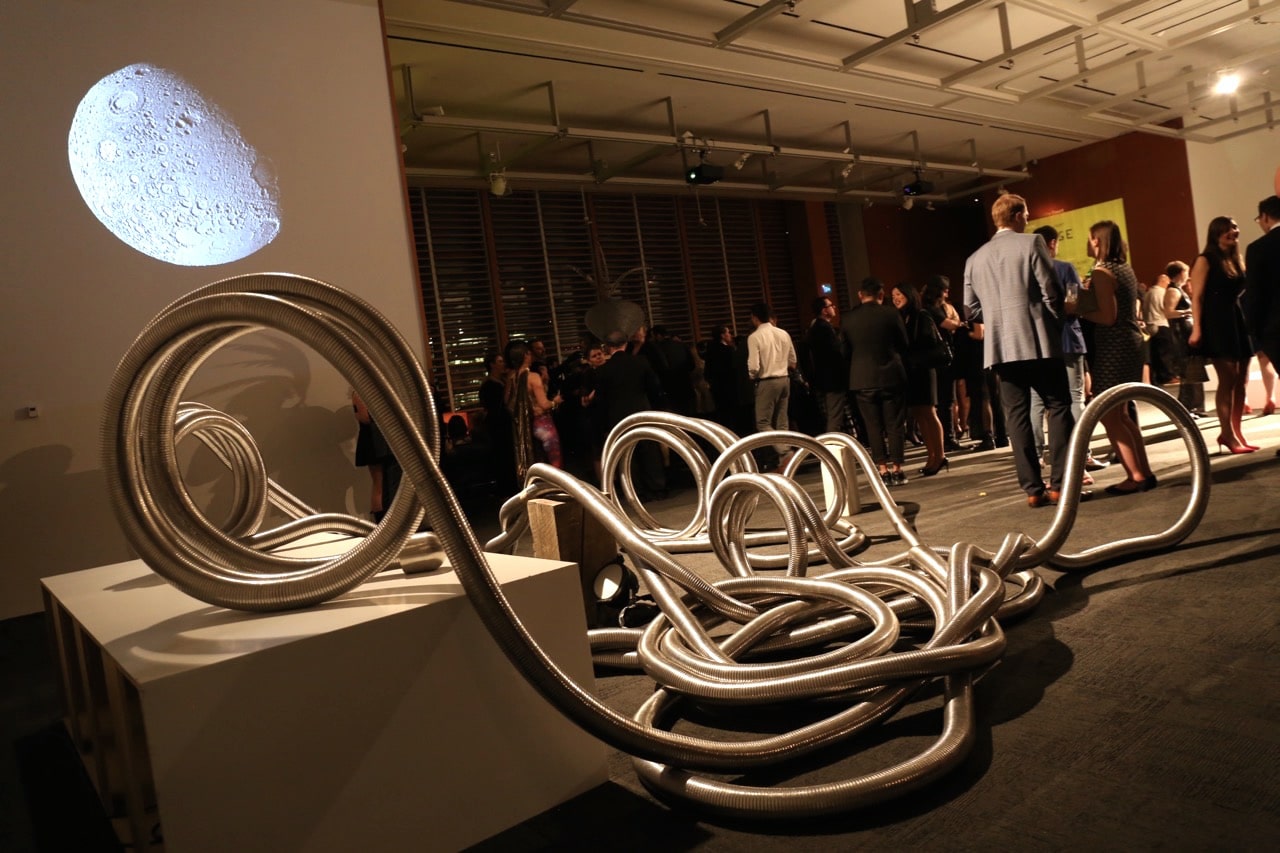 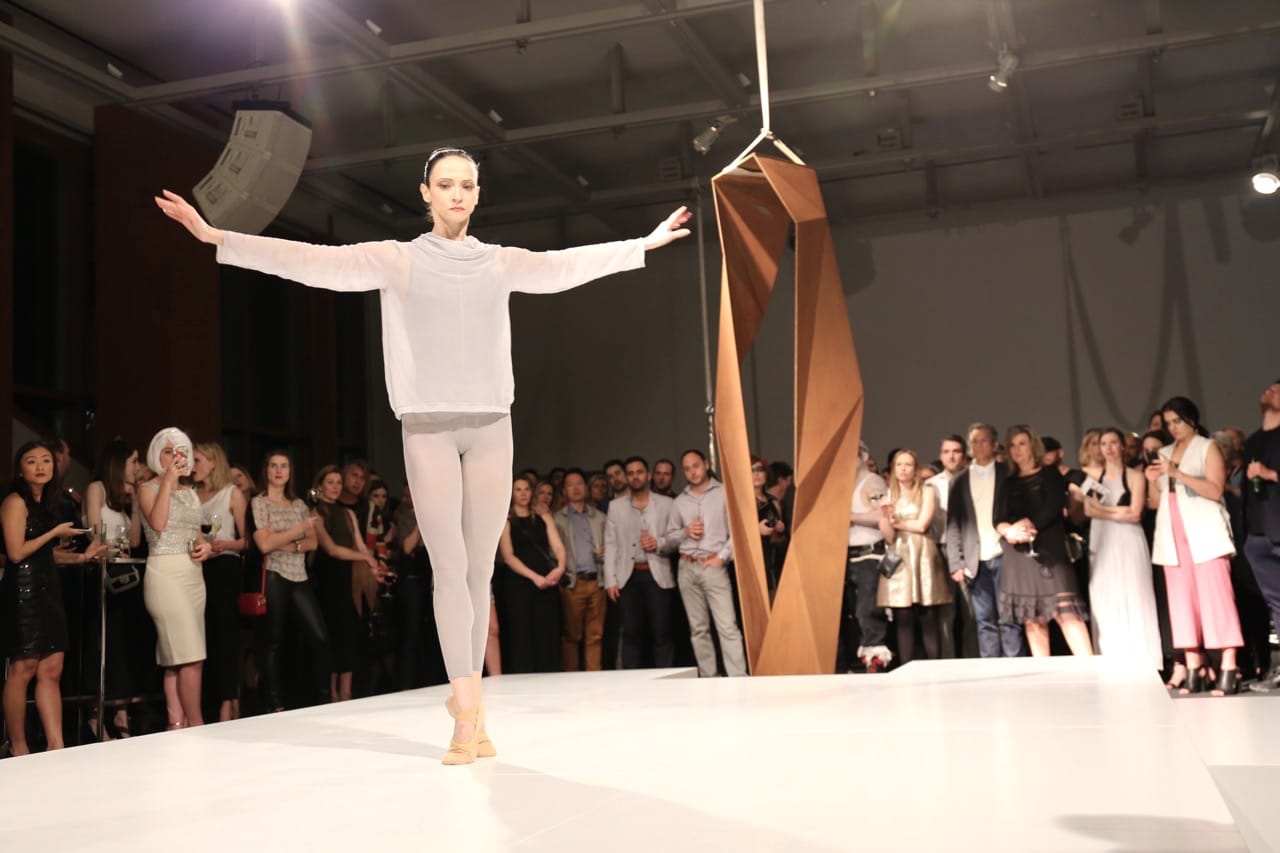 Funds raised at Massive Party allow the AGO to present dynamic exhibitions, support the care and conservation of the museum’s invaluable collection and provide opportunities for local and regional artists to animate the Gallery through exhibitions, installations and interventions. In 2016 the AGO welcomed 1,900 party-goers to Massive Party, raising $313,000 for the museum.