For men the “long hair don’t care” journey is best summed up as a metamorphosis from nervous pony on parade to the confident march of a horse show stallion. It’s after two years of dedicated hair growth that one can truly show off a creative flare by both embellishing a quirky look with the whimsy of long locks. The noble horse in noir showcases a confident showmanship, pristine pedigree and attitude which reads, “I’ve worked hard, now let’s have a little fun.” 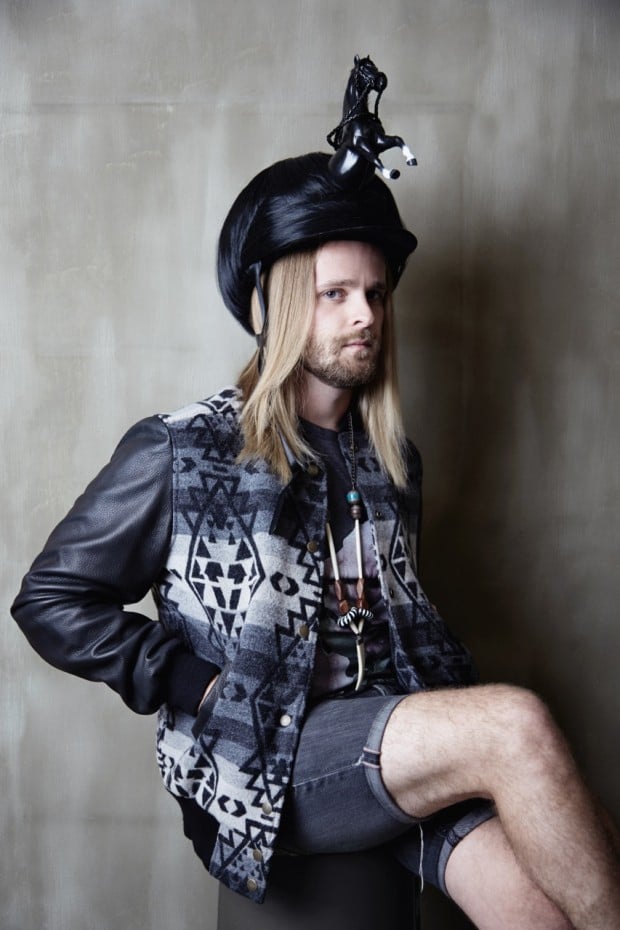 One must also dash outside of their comfort zone to enjoy spurts of growth, and truth be told I couldn’t help but chuckle as my straight hair was being placed “just so” by stylist Cody Alain under a lavish prize winning horse helmut by House of Burger. I looked in the mirror and gasped, “my lord I look like Cher circa the 1970s!” The portraits here are often somber and contemplative a mood which perfectly hangs across a colour-wheel sprayed entirely with whispers of white, black and grey. 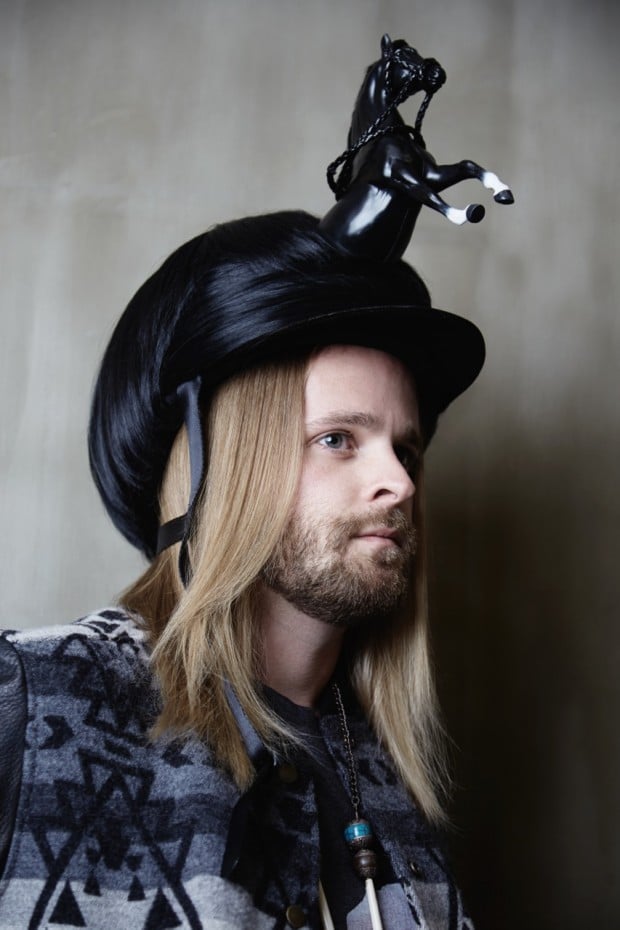 I’ve included tribal elements via bespoke necklace (which I made myself at a wee shop in Buenos Aires’ bustling Palermo Soho market) and pretty patchwork embellished on a grey rainbow adored Roots jersey outfitted with slick black leather sleeves. My aromatic floral t-shirt by Dolce & Gabbana features a graphic rose which offers a ravishing potpourri. The helmut almost appears as a crown, wrapped in black horse hair and marked by the prance of a giddy stallion. A cool breeze catches a tuft of my blond locks…and I’m off to the races! 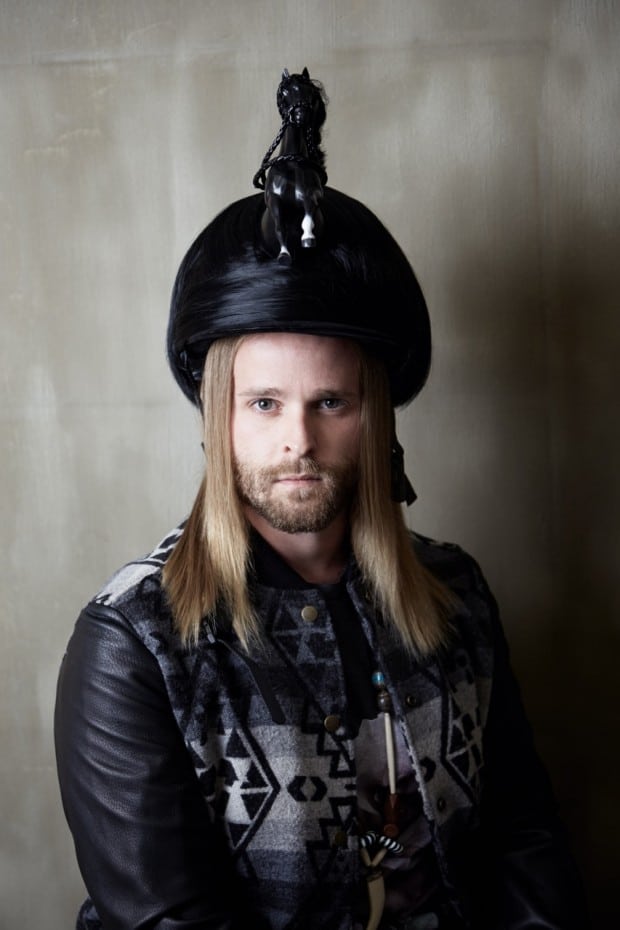