If grit is a word associated with Factory Theatre, there is no other play in its 2016-2017 season lineup that better represents this than Trey Anthony’s How Black Mothers Say I Love You, playing now until March 5th. With a commitment to Canadian stories; Factory’s vision has always conveyed indomitable courage and resolve; toughness; tenaciousness; and strength of character.

How Black Mothers Say I Love You, Trey Anthony’s most deeply personal and thought provoking play yet, is a poignant and frequently hilarious examination of the desire for truth and understanding after Caribbean mothers are seemingly left with no choice but to leave their children and seek better lives for their families abroad. 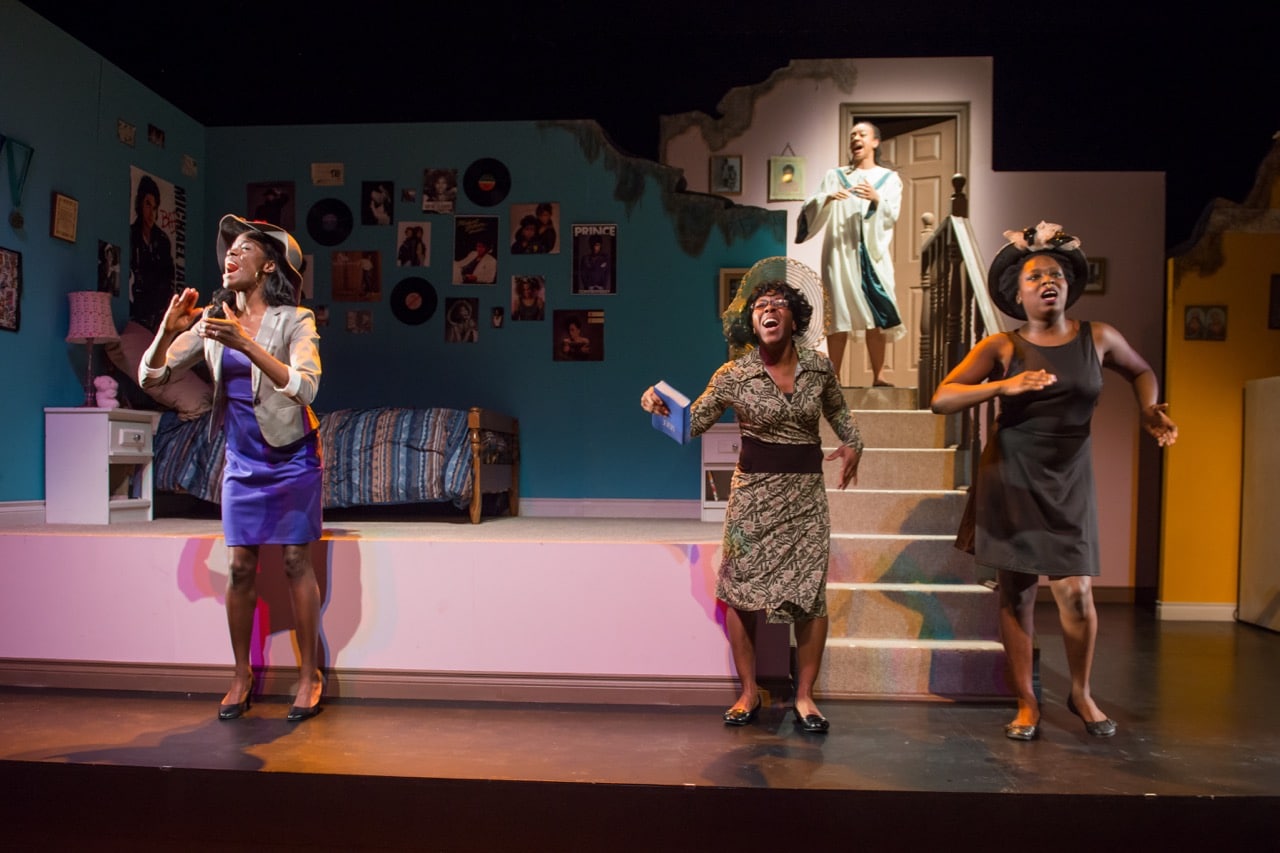 To give some historical background, in 1955, Canada and North America introduced the West Domestic Scheme. This scheme allowed eligible black women who were between the age of 18-35, in good health, with no family ties, and a minimum of a grade eight education from mainly Jamaica and Barbados to enter Canada and the US. After one year as a domestic servant, these women were given landed immigrant status and were able to apply for citizenship after five years. Many Jamaicans took advantage of this opportunity and entered Canada with the hopes of creating a better life for themselves. In the late 1960s, the Canadian government instituted the Family Reunification Clause into its immigration policy, which made it even easier for Jamaicans and other groups to bring their loved ones to join them in Canada. Thus, during the 1970s and ’80s, many Jamaicans who entered Canada were children and husbands of the Jamaican women who came to Canada between 1955-1965.

In this play, a devastating diagnosis brings Daphne’s estranged daughters home where they are forced to reflect on a traumatic six-year separation in their past, and on their individual quests for love, reconciliation and forgiveness. Trey Anthony tells her story and that of many others who came from a legacy of black mothers who have left their children. Trey’s grandmother left her children in Jamaica and went to England and was separated from them for six years. Her paternal grandmother also left her children in search of a better life. This legacy continued when her own mother left England in search of the Canadian dream. She was left behind…

Trey Anthony, best known for her ground-breaking theatrical and television productions of ‘da Kink in my Hair, is an award-winning playwright, actor, director, mentor, executive producer and stand‐ up comedian. ‘da Kink in my Hair was the first Canadian play to be produced at the Princess of Wales Theatre and the first prime time television show, on a major Canadian network, created, written and produced by a Black Canadian woman. 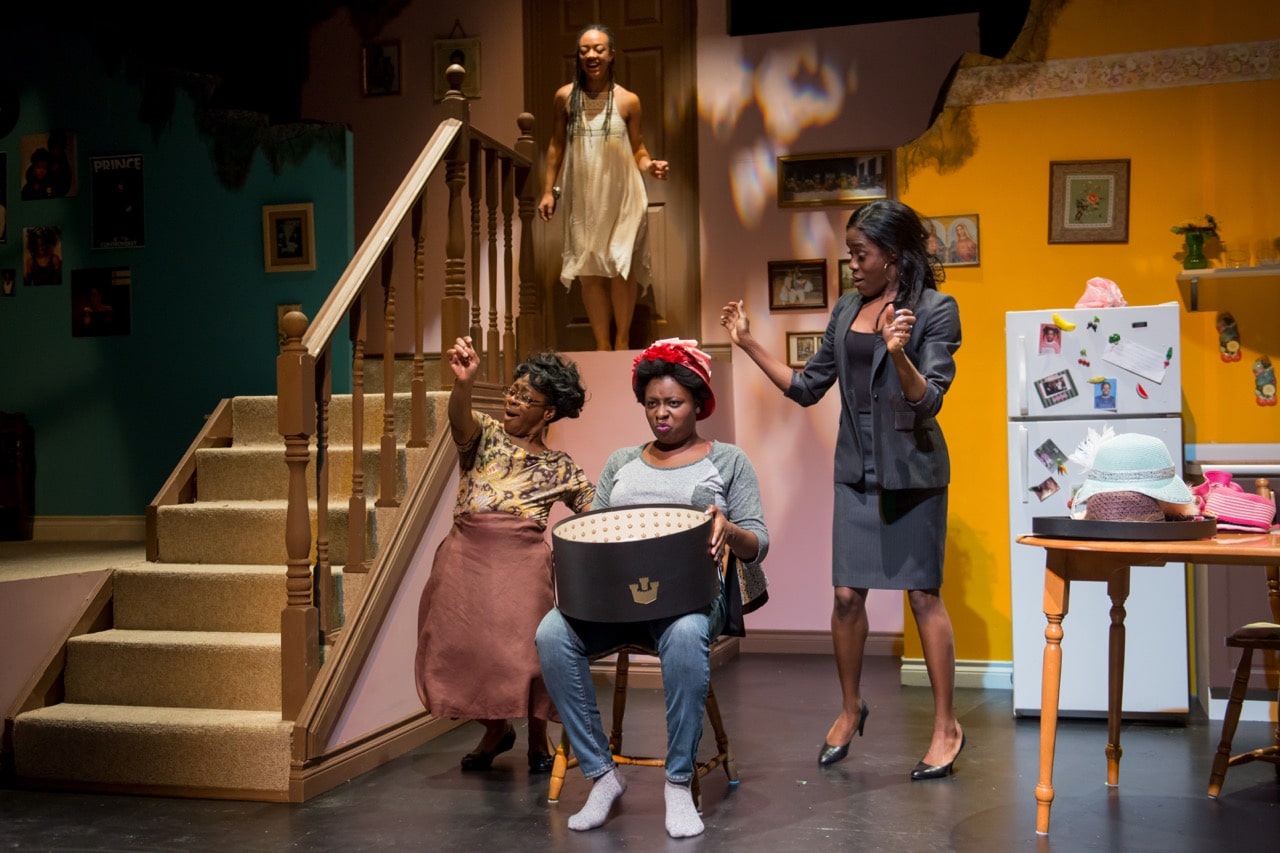 An interview with Writer/Director Trey Anthony

What inspired you to write this play?

This story is my story. It is what I came from. I also had just finished a book about a palliative nurse who recorded the most common regrets of the dying and put her findings into a book called “The Top Five Regrets of the Dying.” While terminally ill with cancer I asked my grandmother what it was that she regretted. Also important to note that she was a very private and stoic woman. Her answer was – leaving my children behind. Especially your mother. I left them in Jamaica for 6 years. No one ever told me about the rocky turmoil or the distance that would be felt physically and emotionally. You only ever heard about the positive. About how leaving your family for a “better” life, for “better opportunities” was considered a good sacrifice. I left my daughter between the ages of 6-12, those were very formative years which affected your mother’s ability to be my daughter and her ability to be your mother. It affected our ability to mother. Which I’m sure has affected you and your relationship with her.

I was shocked by her response and in turn did a little digging to find a whole group of women with the same story. I believed that by sharing this, it could be a form of healing for these women. No judgment is placed, but I needed to tell the story of the daughter left behind and how it affected her. Even though my family is reunited, we never fully recovered from these separations. How Black Mothers Say I Love you is my way of trying to understand the complicated history of my family – one big love letter of understanding. For all those who were left behind and all those who were mothering in less than ideal circumstances.

What is going to surprise people about this show?

How much you laugh, how funny it is. My family are the type of people who make jokes and laugh at funerals. We don’t go too deep. We don’t know how to deal with it. As a result, we are storytellers, telling jokes rather than talking about our feelings. It is a play with heavy subject matter but still finds ways to incorporate the laughter. It is a play with emotional range, with switching tides.

What do you hope the audience will be thinking about after seeing this performance?

I imagine they will be crying. I hope that they will feel like they want to go home and speak with their mom. Maybe that they’ve never told their parents they love them, not really, and that they will feel compelled to go home and do so. I hope this play allows people to have conversations. We each have mothers, good, bad, neglectful, or loving. We all come from a level of dysfunction. People will relate to the family dynamics even if not perfectly because we’ve all had a certain level of dysfunction. I hope people will see this play and say – this is my family! 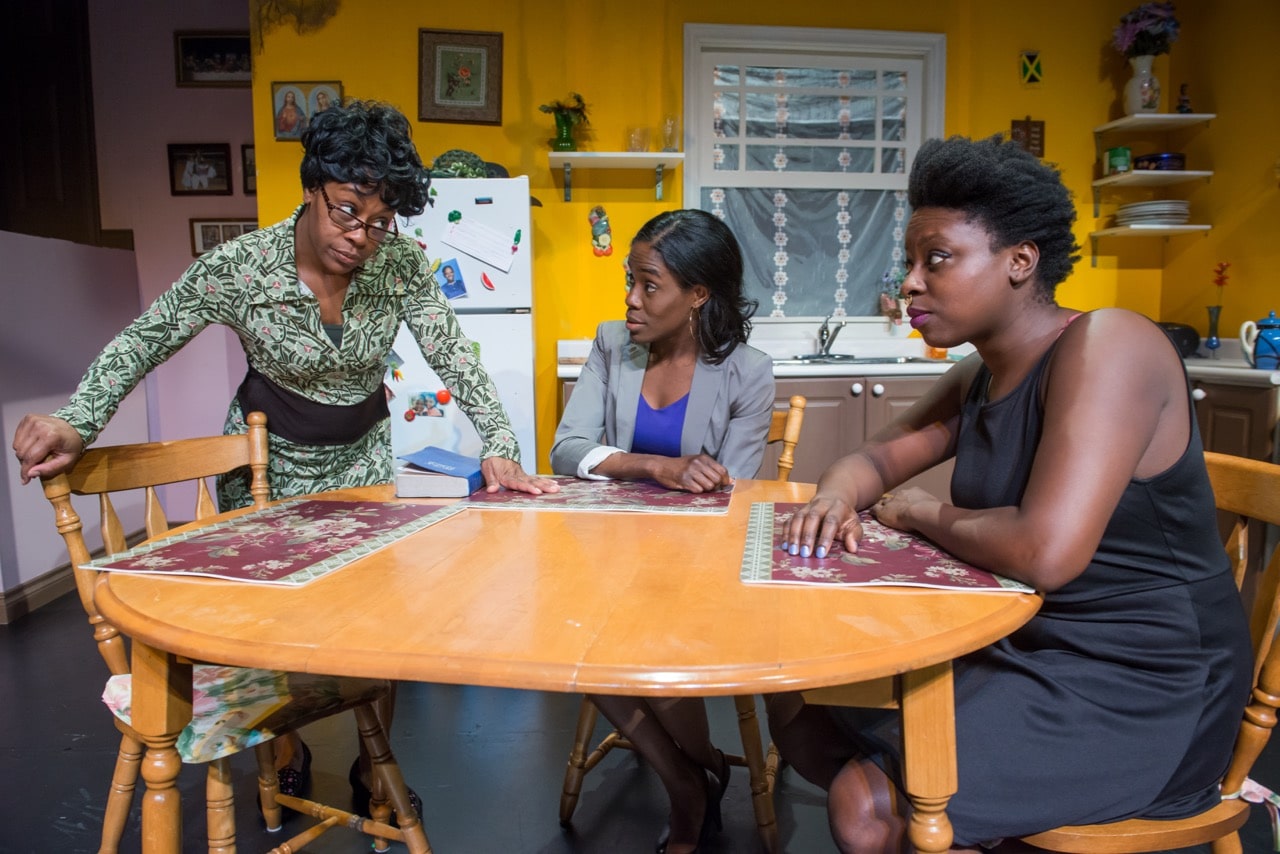 How and why did you get into theatre?

I started my career in entertainment with stand-up comedy. Sketch comedy at Second City, specifically an urban city sketch show. I felt like I had been pigeon hold as the “funny girl” and wanted more serious stuff. I grew up with Caribbean Style Comedy, and seeing Jamaican plays with my grandmother. So I was used to a different theatre experience. I wanted to see and feel that again.

What kind of theatre excites you?

Contemporary. Anything that speaks to women and their experiences. One with a younger more diverse theatre audience. When I’d go and see performances I didn’t feel like it was speaking to me or my experiences. I couldn’t relate. I enjoy theatre that I can be and feel a part of.

Is there anything you’d like to change about theatre today?

I believe when watching theatre, you should become part of the show. Today’s traditional model is a dying breed. It’s caught up with the classic or traditional experience where you sit down, look, watch, listen and then clap at intermission. I’m craving something different because the mainstream experience does not speak to me or people of diverse groups.

On your website (Trey Anthony Studios) in your mission statement you say that “you’d like to reinvent the theatre experience! To give a theatre experience like no other!” Can you explain or elaborate what you mean by this?

Well for starters, I come out even before the show starts and interact with the audience. I call them out and connect even before the show starts. Similar to doing a bit of stand-up. It’s not your traditional, polite theatre where you only clap at intermission. I grew up with a grandmother who yelled back at the T.V. My experiences growing up were very interactive and that is the type of atmosphere that I try to foster at my show.

Another one of your mission statements is “To live way outside the box!” How do you believe you do that?