I sat there on the couch, pulled the blanket over my head to avert my eyes from the flickering hues of our TV; the only thing emitting light into my basement living room. But who was I kidding? Even back then I loved the feeling of being scared, of completely giving in to each scene, of the possibility that some type of monster would crawl out of the dingy furnace room, creep up from behind and kidnap me, or worse….Or worse….

Watching a bootleg VHS copy of the The Monster Squad (which also had Adventures in Babysitting on it by the way) was the first time I remember falling for Horror movies, and that awesome spine tingling sensation. Watching it now, well, it’s not really much of a Horror movie, but as a 4 year old, ‘oh maaan!’… It set me on a lifelong path of taking in anything that’s even potentially petrifying, a path that recently lead me to Toronto’s Casa Loma’s Legends of Horror.

The event described as a, “promenade” theatre experience, sees the audience walk 1.5km (approximately 1 hour) through Casa Loma’s lower gardens as well as mysterious tunnels and dark spaces, which have never been open to the public.

During the spooky and suspenseful stroll, terror awaited us around every corner and shrieks echoed through Casa Loma’s 5-acre grounds. A veritable NBA Dream Team of monsters including, Wolfman and Dracula also stalked us throughout our journey. Although Dracula never really got that close, granted we did inhale a Sultan’s portion of Garlic-y Indian food beforehand.

Now, without giving too much away, the one moment that spooked me out in particular was a dark, curtained passageway, which played on fears of both claustrophobia and darkness, as well as a hall of mirrors. Candyman and older cousins telling me stories about Bloody Mary make a hall of mirrors a hard, “nope” for me. And if that wasn’t frightening enough, there were zombie hordes Instagramming and Snapchatting every…Single… Moment! *insert the blood curdling scream from Hitchcock’s, Psycho here* Pretty scary stuff!

Sidenote: If you’re going, take a picture or two or three, but don’t live your entire experience through your phone. Thankfully, the only lame part of the experience was the lit up screens and flashes constantly lighting up intentionally dark spaces, which at times killed the mood. Admittedly, it was pretty funny to see some people run up and try to take a selfie with the different characters including, Dracula, who to his credit stayed in character, a Transylvanian feat to say the least.

And if walking through a 100-year-old gothic castle wasn’t creepy enough on its own, it was the thoughtful planning of intricate details that included over 70 performers, many of whom were writhing around in agony (props to them for also not breaking character on a pretty rainy and wind filled evening) that blew me away. Sure, anyone can throw a bunch of money to put something like this on, but the Legends of Horror experience definitely exceeded my expectations.

If you’re looking to get the complete crap scared out of you constantly, then maybe you should just stay at home and watch the next US Presidential debate. However, if you enjoy having a ton of fun, heart-stopping moments, discovering a historic landmark, and being awestruck by the imagination and hard work of people, then you, like myself, will absolutely love it. 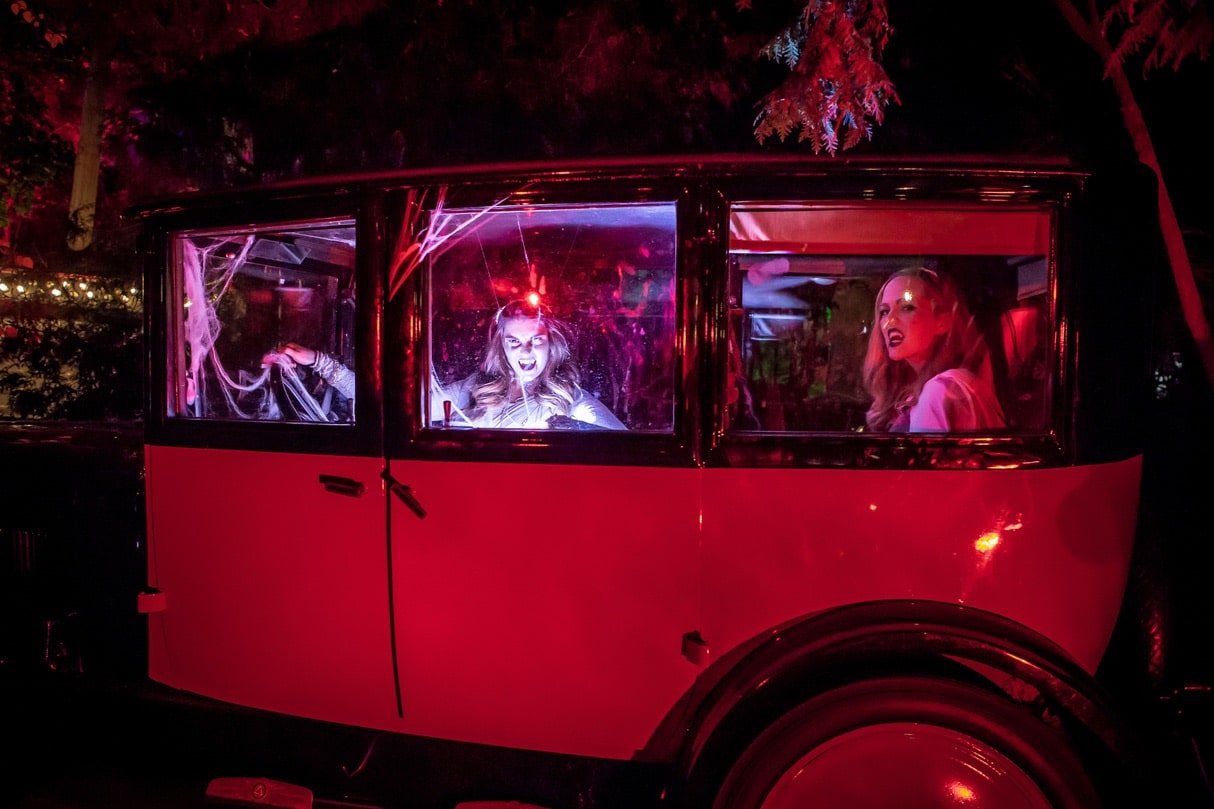 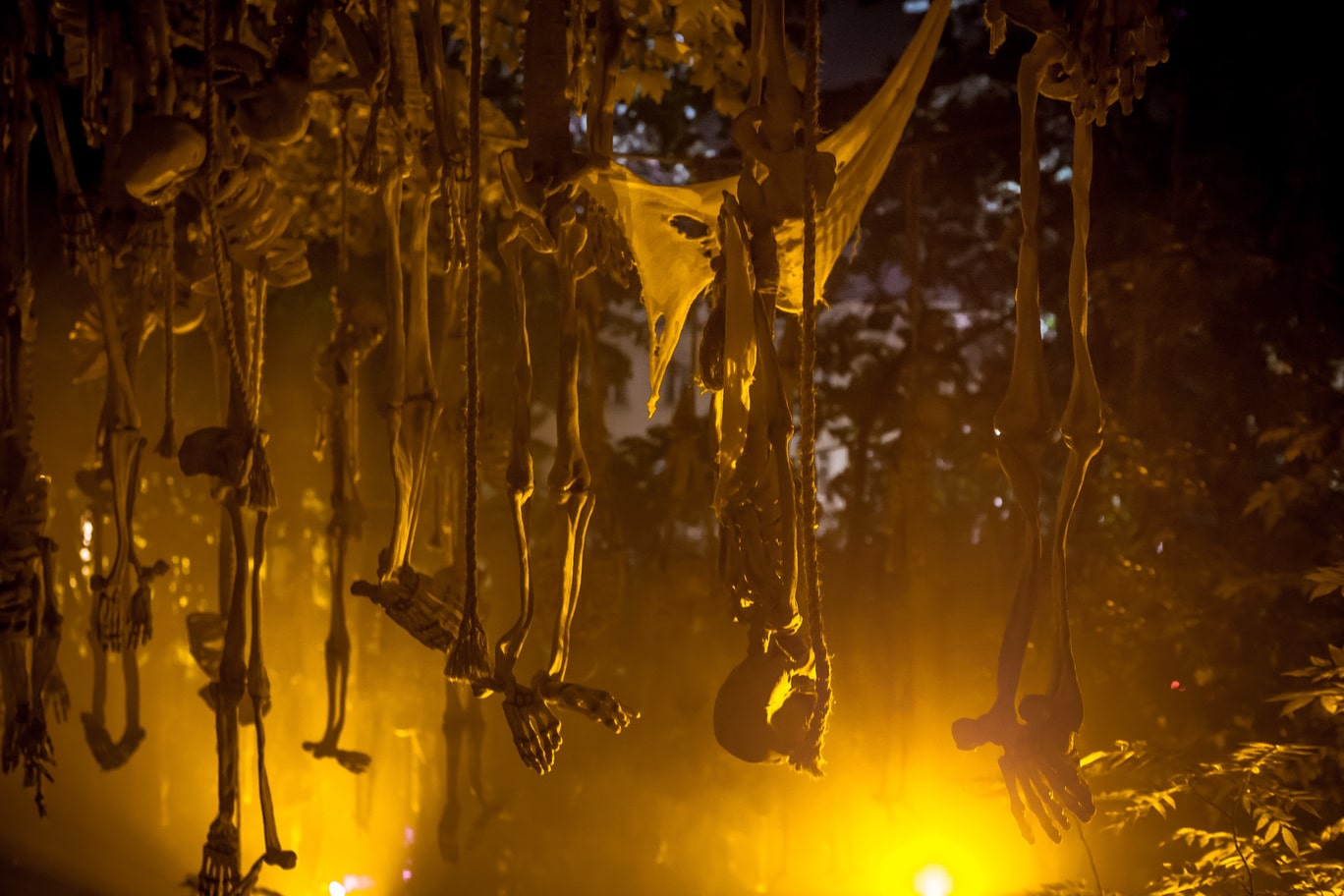 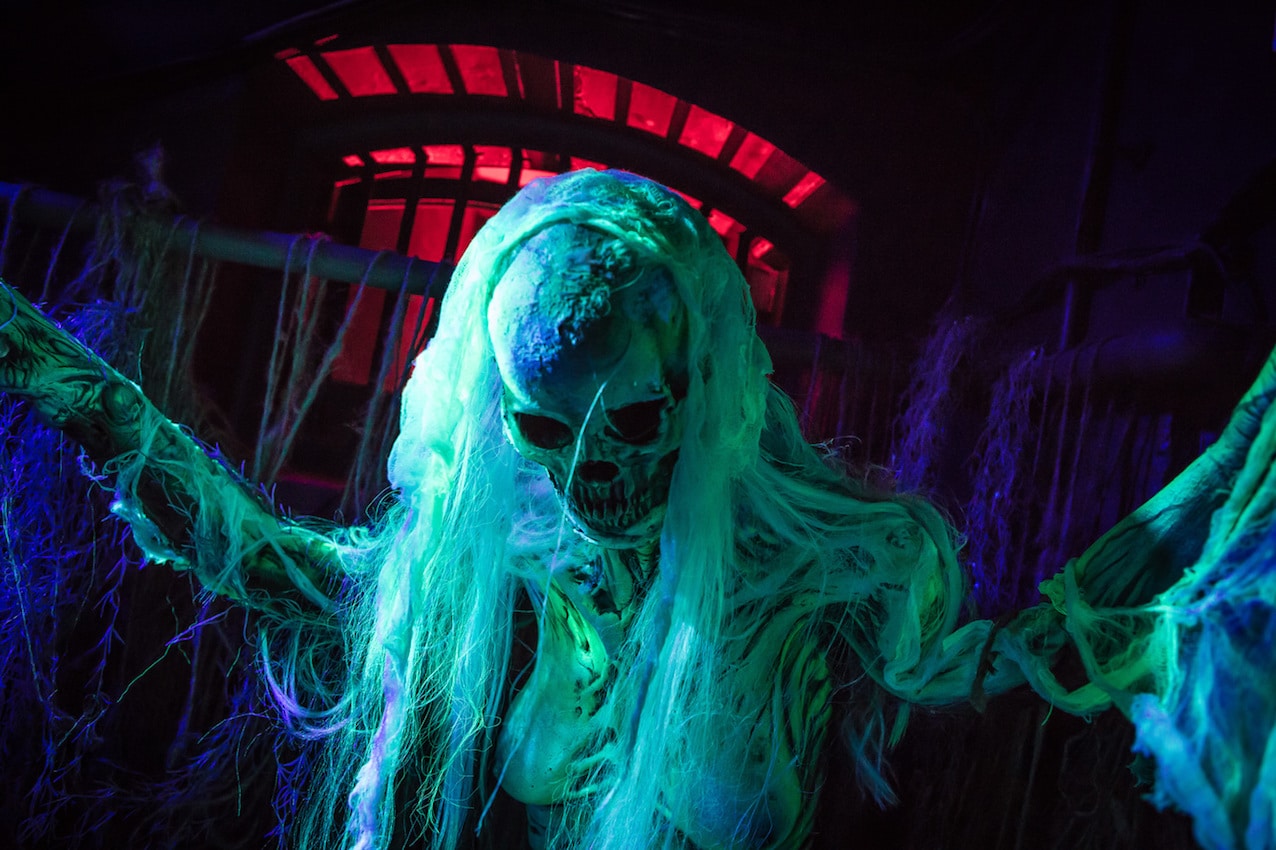 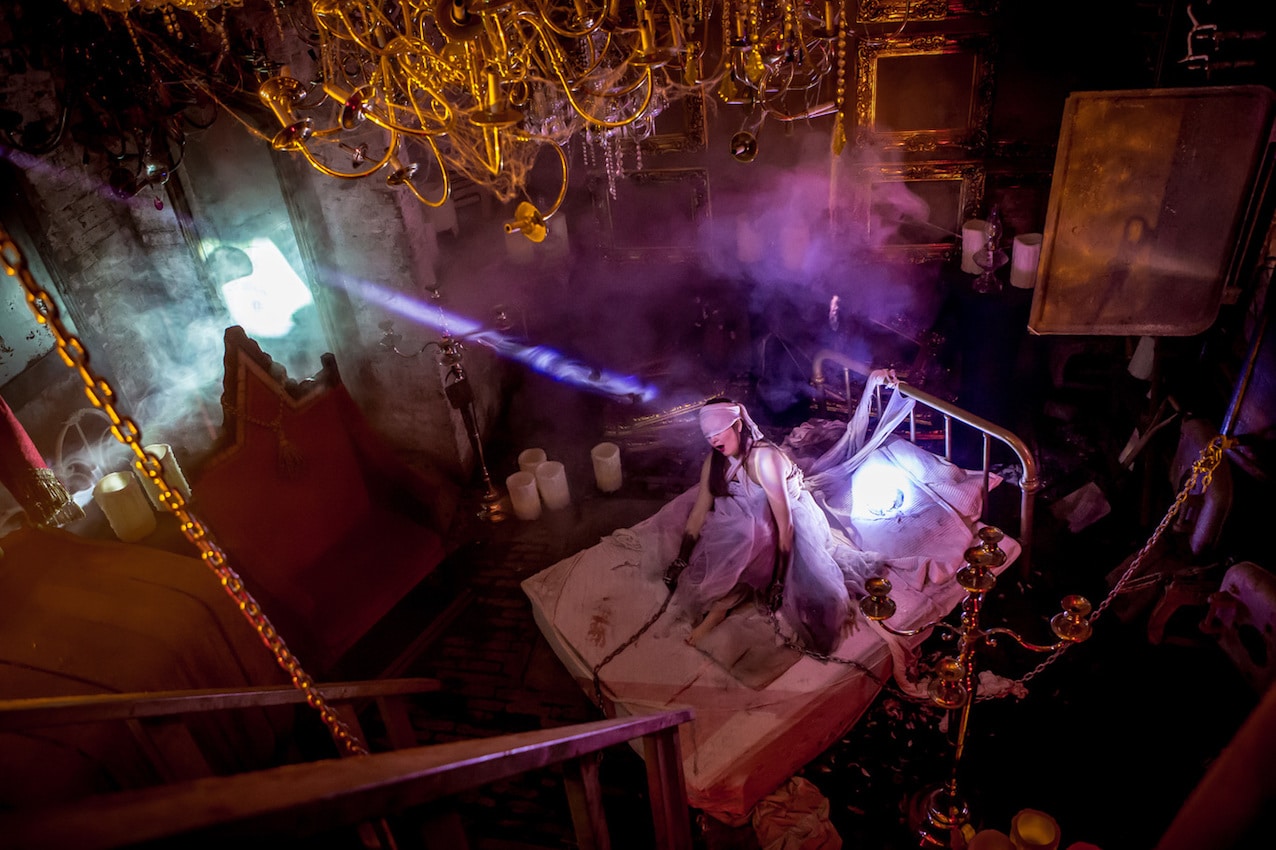 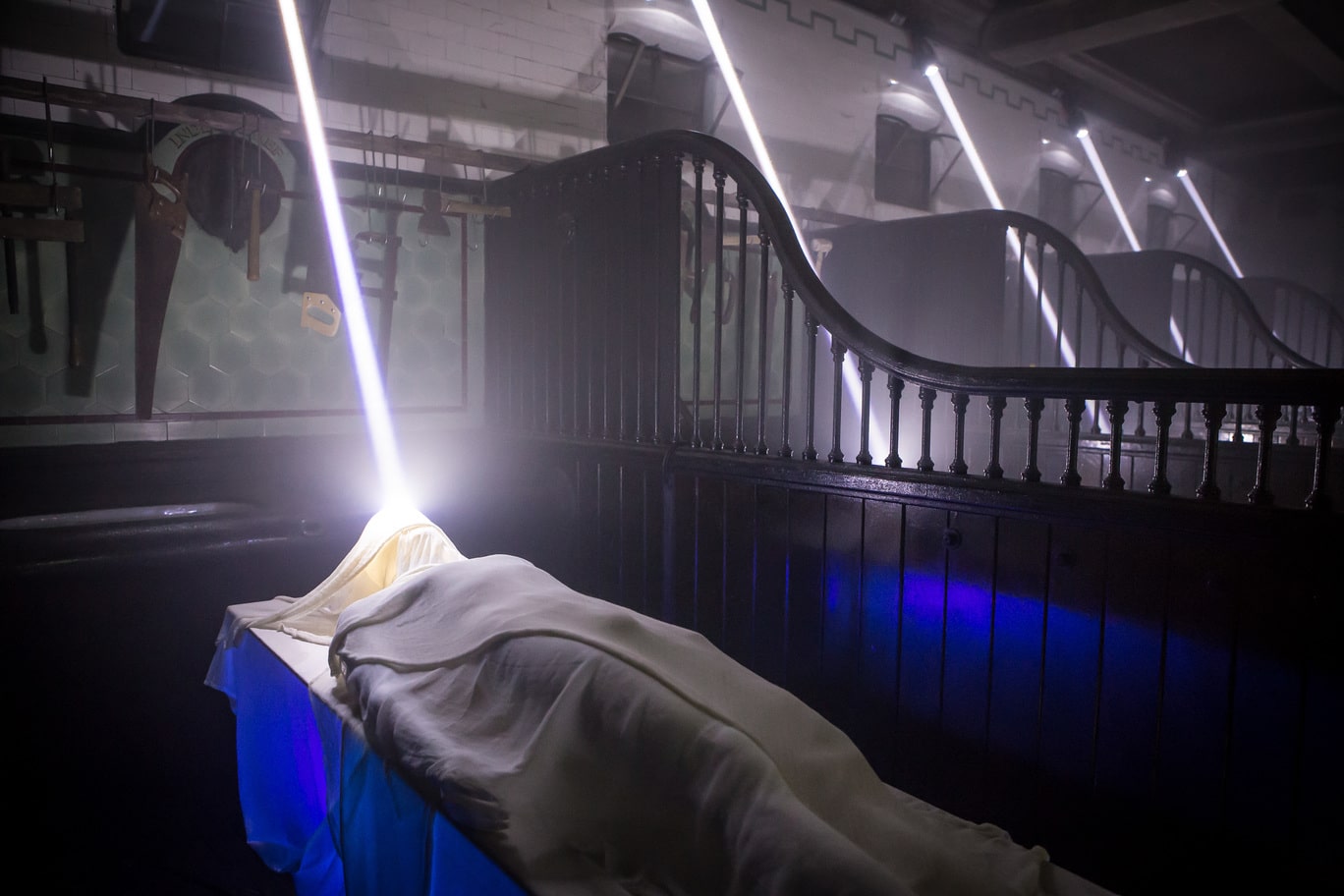 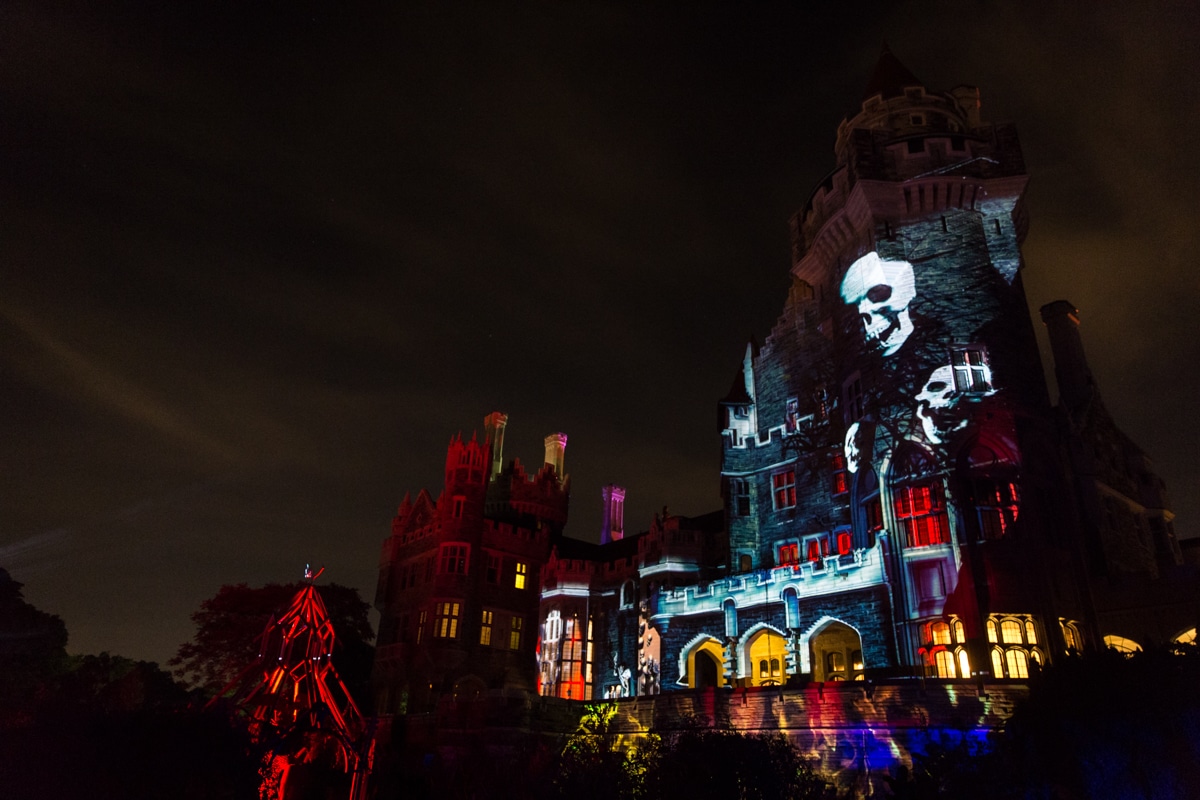