My favourite thing about heading out for a night of theatre is getting together with friends for a pre-show celebration. To catch up and discuss the upcoming theatre experience, to be with one another, to be present. In order to get the most out of any theatre experience, it’s important to think of it as a relationship. It requires a little give and take – emotionally, physically, intellectually and spiritually. An experience that hopefully comes back into your thoughts long after the final bow, long after you say goodbye.

Like any healthy relationship it’s best to have an open mind rather than a list of expectations. When so much of our communication is distant or virtual, theatre asks for what seems essential to forming any meaningful connection. It requires that you show up, that you’re open, that you are in the physical space, and that you interact face to face. There is no distance. It’s interpretation of the literal and metaphorical at its best. A space where nothing gets lost in the translation of text or email. Theatre helps bridge the gap, gets us together and interpreting the relevant issues of our time.

Our times are genuinely complex and confusing but can be less isolating as Crow’s Theatre invites you to Breath in Between, on now until March 11th at their newly unveiled Streetcar Crowsnest location in Toronto’s east end. This is the directorial debut by multi-Dora Award winning playwright, liberalist, and novelist Anton Piatigorsky. It is a surreal love story about Roger, the murderer of two willing victims who respond to his ad on a webpage, and Amy, a woman he meets soon afterwards in a bar. Breath in Between is a highly theatrical, mysterious meditation on radical intimacy, dark intimacy, on the bliss of connection and the agony of isolation. It’s about the ways in which people possess each other and struggle to bridge the gaps between them. Piatigorsky, examines human bonds in the age of internet, as they are affected by disconnection, the endless possibilities and the comfort of keeping people at an arm’s length. It is a challenging play that will have you discussing and hashing out the underlying psychological barriers to modern day human connections. 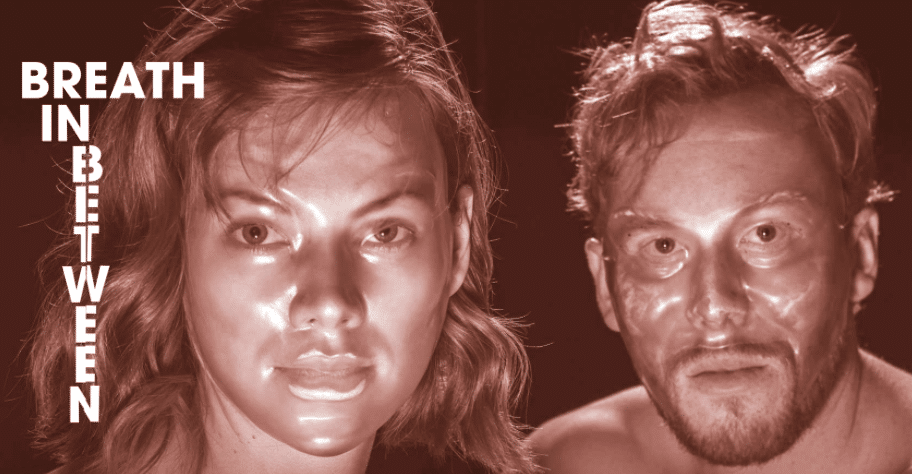 What made you decide to get into theatre?

The most exciting thing about theatre is that it’s live. Real people are in the room, performing for a real audience. For me, theatre is always connected to ritual – it is secular, but it works in many of the same ways as a religious ritual. I have always been fascinated by how ritual works & why it works, whether secular or religious, and what it means for the participants – how it changes them. Somewhere along the line, years ago, in my curiosity about ritual – I fell in love with theatre.

What do you like most about theatre that your other creative endeavors don’t allow you to explore?

I love exploring the essentials of theatre, which are completely unavailable in other media. I think there are four of them, and they keep drawing me back to the form; Time – plays happen in real time. Bodies – plays and performances always involve real performers, real bodies on stage (even if they are hidden by puppets or masks). Material things – props, sets, objects. All of these things make theatrical metaphors real in a way that other literary metaphors can’t really reach. Audience – the relationship between performers and audience is endlessly fascinating to me, and mercurial.

Where did the idea for this script come from?

I wanted to write something explicitly theatrical – something that was actively about these four essentials of theatre. I also was very curious about love and relationships, what they mean to people, and how they function, and intimacy in general.

I wrote the first draft at the same time that I was adapting the classic yiddish play The Dybbuk for Soulpepper. It’s a ghost-love story about spirits possessing people. Many of the ideas in my play have morphed in unexpected ways from that experience. 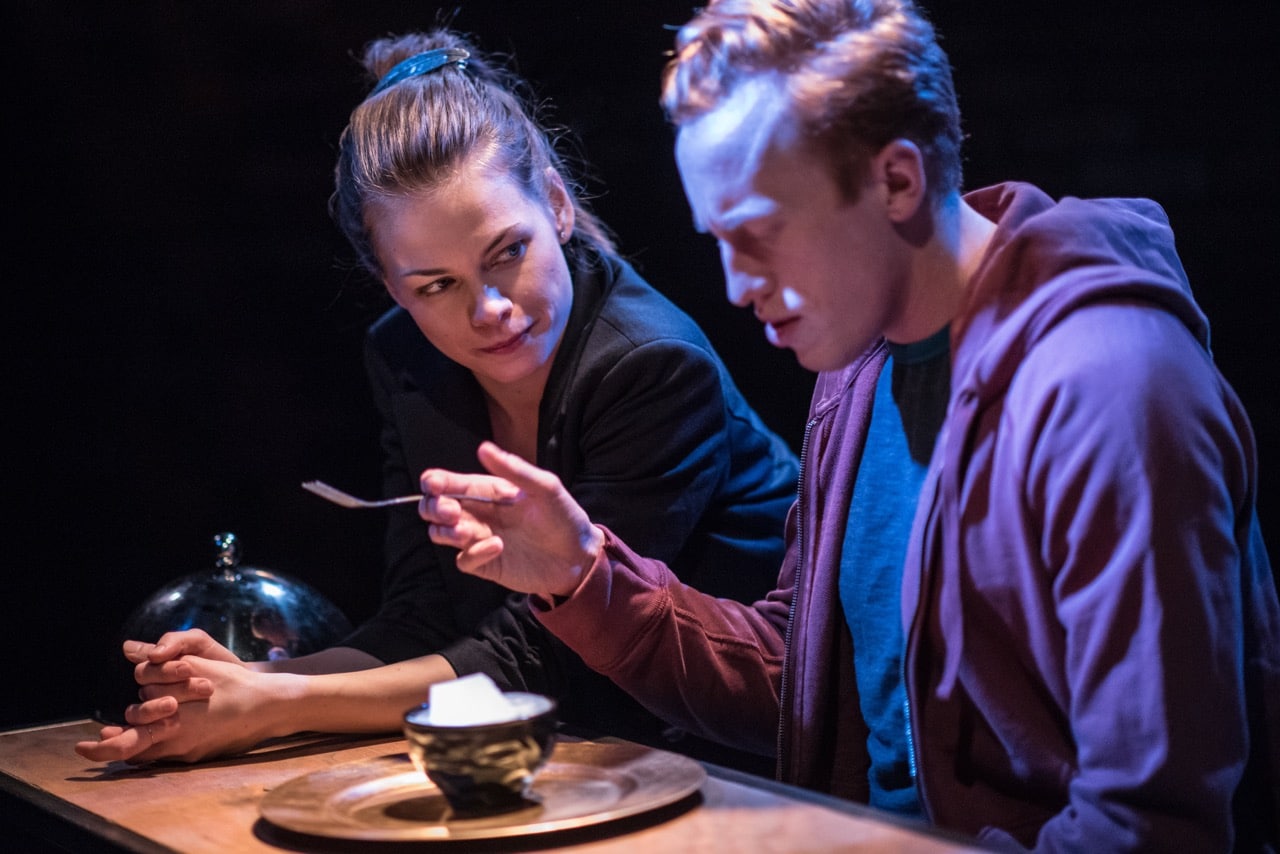 What was most challenging about bringing this script to life?

It’s a very challenging play in general. It’s not always entirely clear what is happening literally, and what actions are metaphorical. That’s my favorite aspect of the script, but it’s also the most distancing for audiences. So, in short: the hardest part is finding the right balance between inviting audiences into the world, welcoming them – and not confusing them – without reducing the complex world of the play into something trite.

During the creative process, what obstacles most often get in your way or get you hung up…? How do you deal with them?

Self-doubt, of course. I try to be kind to myself. Rigorous with my demands on myself and yet entirely forgiving at the same time. Easier said than done.

There are so many brilliant and hardworking actors in Toronto that I could have cast this play 5 times over, easily. I’m not exaggerating. So it was both a joy and a terror to cast – full of questioning myself about what the play needs. I am working with two fantastic performers, collaborators, people – Kyle Gatehouse and Julia Krauss. They are astonishing.

How did Breathe In Between end up landing at Crow’s Theatre?

I have a two-decade long friendship and partnership with Chris Abraham, the artistic director of Crow’s. We’ve worked together many times, and always support each other’s larger artistic goals. Although I’ve been a playwright for years, Chris has given me the opportunity to direct for the first time with Breath In Between, which I felt was essential to presenting this particular play in a way that people might respond to. The direction and the script are completely entwined. 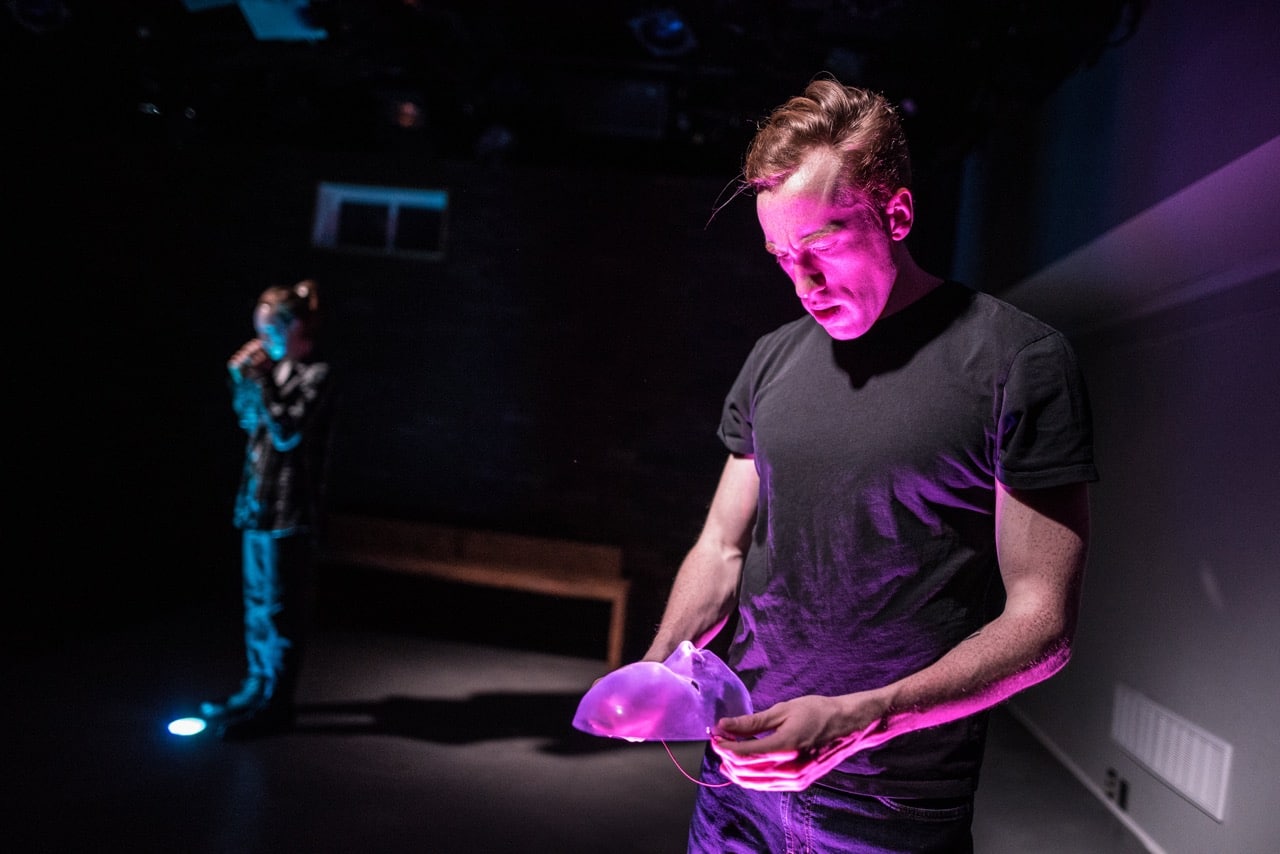 The artistic vision for Crow’s Theatre is to ignite passionate and enduring engagement between their audiences and artists by creating, producing, and promoting unforgettable theatre that examines and illuminates the pivotal narratives of our times. How do you believe Breath in Between fits into that vision?

This is a play about intimacy – about people being close to each other, in the same room, face to face. I think that’s a tremendous challenge today, in an era when so much of our communication is distant and digital and virtual. The play is asking what is essential about connecting with people, and how do we do it in a time when that connection is so challenged and under assault.

Are you able to describe the gestation period for Breath in Between, do you expect for it to continue to evolve?

For a play as complex and layered as Breath In Between I have had to lay it aside for long periods in order to understand it. The first draft was largely driven by unconscious writing. I spent years after that doing my best to figure out what the play was about, and then rewriting it to make it clearer and more dynamic. That’s a process, and it’s never perfect, but I do feel like it has run its course successfully.

The play is now very near the end of the writing process. It is complete, but many textual questions remain for performance, and those performances have just begun. I think it could have many different lives after this – I hope it will have many lives well beyond this run at Crow’s. I know for a fact there are lots of things to explore in the script.

Part of Crow’s artistic mandate is that each work grows and is informed through its resonance with the public. What are you hoping the audience will be thinking about on their way home from the show?

I want them to think about intimacy. Their experiences of intimacy in the theatre, and what intimacy means to them always. I don’t want an audience to be finished with the play when they leave the theatre. I want them to be at the beginning of their hopefully long relationship and curiosity with it.