Animal: The Definitive Visual Guide (DK Publishing, 2017) part of the Smithsonian Series, has been revised and updated and . . . well . . . this is no science geek lunchroom read. It’s a gobsmackingly gorgeous, coffee table worthy book that makes zoology seem sexy.

Animal is organized into three main sections: a general introduction including evolution (all domesticated dogs including those yappy purse pets are descended from the grey wolf); classification; anatomy, life cycles (the common toad lives for an astonishing 35 years) and more; habitats, showing what animals live where; and a six-chapter animal kingdom section grouping together mammals, birds, reptiles, amphibians, fish and invertebrates.

And it’s all packaged with stunning photography and fascinating Whaaaat???? facts I betcha didn’t know. 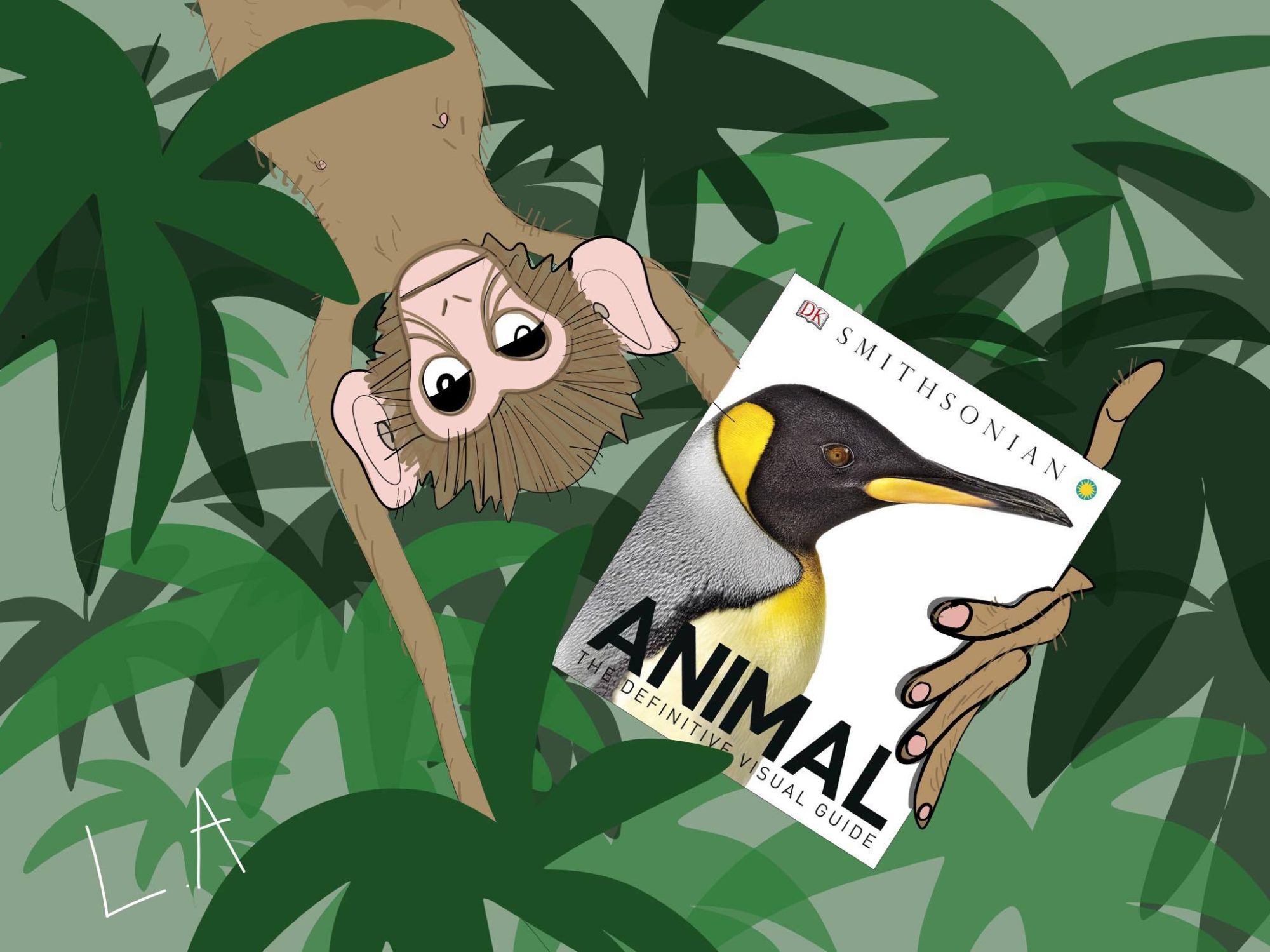 OK, Ultimate Marvel (DK Publishing, 2017) doesn’t actually contain everything about the Marvel Comics universe; it does deliver a chronological in-world guide to every hero, villain, cowboy star and comic character from the 30s to present day, with spectacular art and clever character timelines so you can keep the evolution of the Marvel Universe in order.

And that’s not all. Chapters also explore the superheroes’ high-tech transportation (Bombardier should manufacture Tony Stark’s Helicarrier), weapons, cosmic powers (I want the Cloak of Levitation), the planets and realms that make up the Marvel Universe, and the regular and fantastical countries and places the superheroes and villains call home.

While I know about the big name superheroes like Spiderman, Captain America, Hulk, Iron Man and the Avengers, Ultimate Marvel introduced me to a bunch of lesser-known characters, including some intriguing women. One of my favourites: Natasha Romanova. Code name: Black Widow. Natasha, in case you don’t know, is a Russian double agent who defects to work for S.H.I.E.L.D. She doesn’t have traditional superpowers but when she slips into her black jumpsuit complete with gauntlets that deliver a 30,000-volt electric shock – Widow’s Bites – she’s pretty formidable. Oh. Wait. Her credo? “I’m my own woman – first, last – and always.” Sounds superhero-y to me. 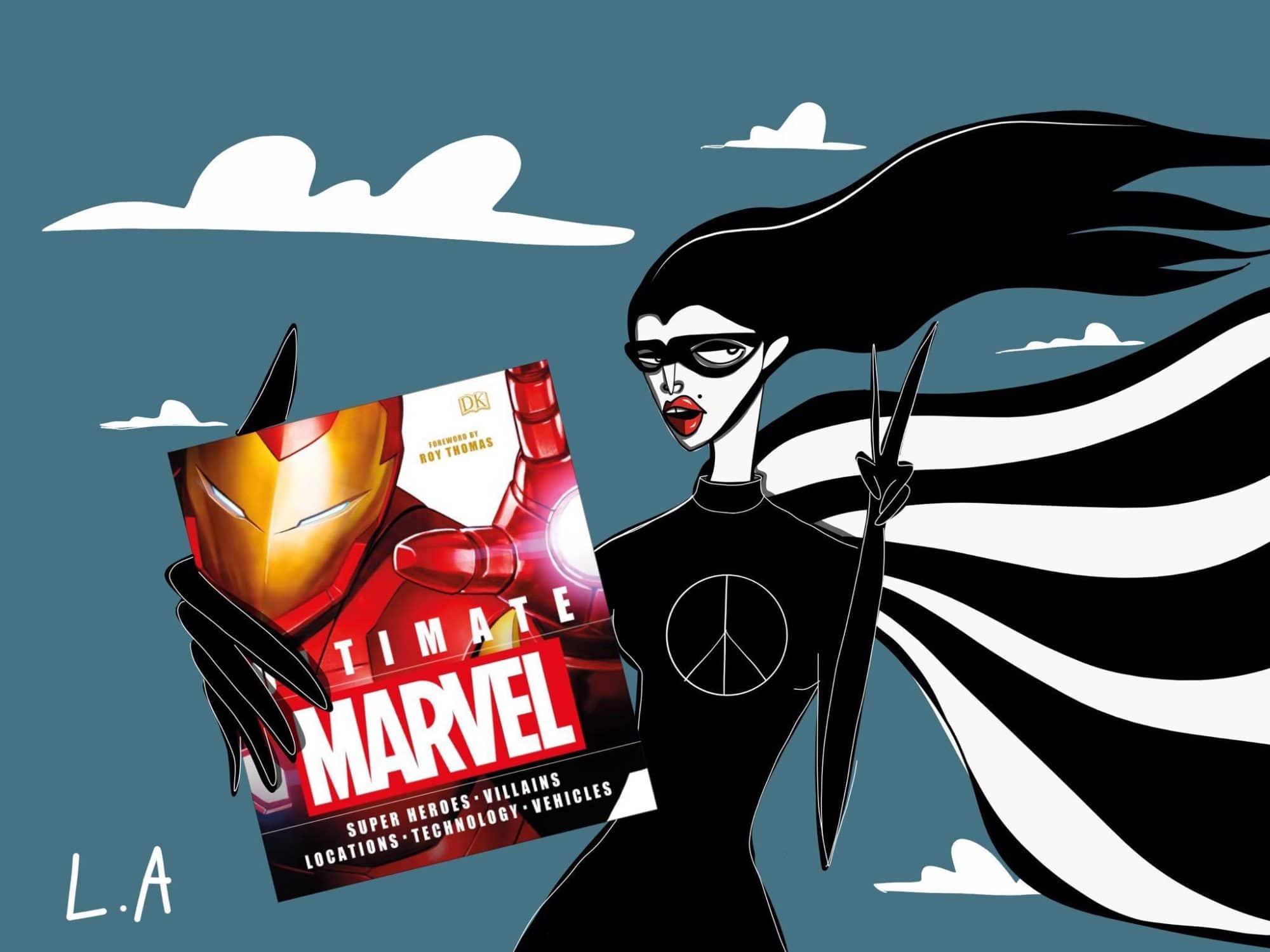 Toronto Cooks’ new sibling Toronto Eats continues Rosen’s love affair with all things delish, sharing the cultures, flavours and cooking techniques that make the city a multicultural smorgasbord any day of the week.

But here’s the best part: the more than 100 signature recipes from 50 uber creative chefs have been rethought for the home cook so you can make your favourite restaurant dishes at home – seriously.

From appetizers through soups and salads, main dishes, sides and desserts, Toronto Eats serves up re-imagined classics like the Chicken Sandwich from Robert Bragagnolo at Carver (tomato pesto and lemon mayonnaise dress the bird) and Smoked Beer Can Chicken with “Chalet” Sauce from Graham Pratt at The Gabardine (best BBQ sauce EVER) plus travel-the-world mains and more – Mumbai Chili Crab from Hemant Bhagwani at Indian Street Food Co., for example, or Okonomiyaki from Jason Lee and Kenneth Gilmore at Honest Weight.

And what about the desserts, you ask? Sierra’s Insanely Awesome Brownies (also insanely easy to make) from Ezra Braves at The Espresso Institute of North America. 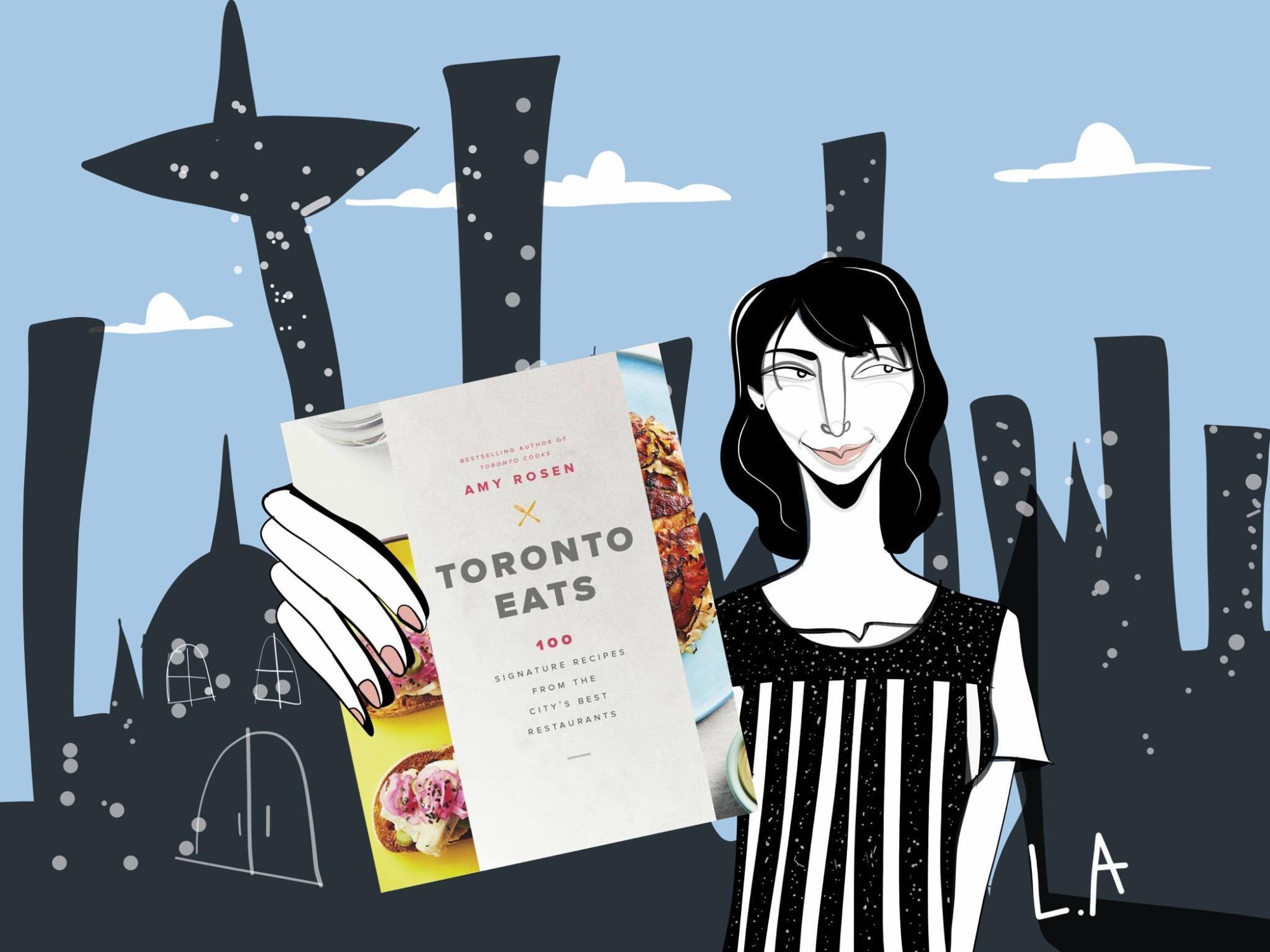 Rene Denfeld’s The Child Finder is a quiet, unsettling, can’t-put-down suspense story that will stay with you long after you turn the last page.

Five-year-old Madison Culver and her mom and dad have driven to Oregon’s Skookum National Forest to cut down a Christmas tree. One minute Madison is running through the trees and the next – she’s gone.

Three years on, the police and townsfolk think Madison froze to death somewhere in the forest. Her parents believe their daughter has been taken and is still alive. In one last desperate attempt to find Madison, they contact Naomi Cottle – the child finder – a PI who specializes in finding missing children, sometimes alive, but often dead. (Side note: Denfeld is a licensed investigator in Oregon.)

Naomi is pretty much a loner – she has few friends and only speaks to her foster family now and again. Driving her relentless pursuit of missing kids is fleeting memories of having been taken herself.

While Naomi searches for the clues she knows will lead her to Madison, we hear Madison’s real time story: she’s locked in the cellar of a cabin somewhere at the mercy of a man she calls Mr. B., and creates a new self in her mind in order to survive.

The Child Finder is slow and measured, the telling spare and lean. It’s not a pretty story. But it is redemptive. 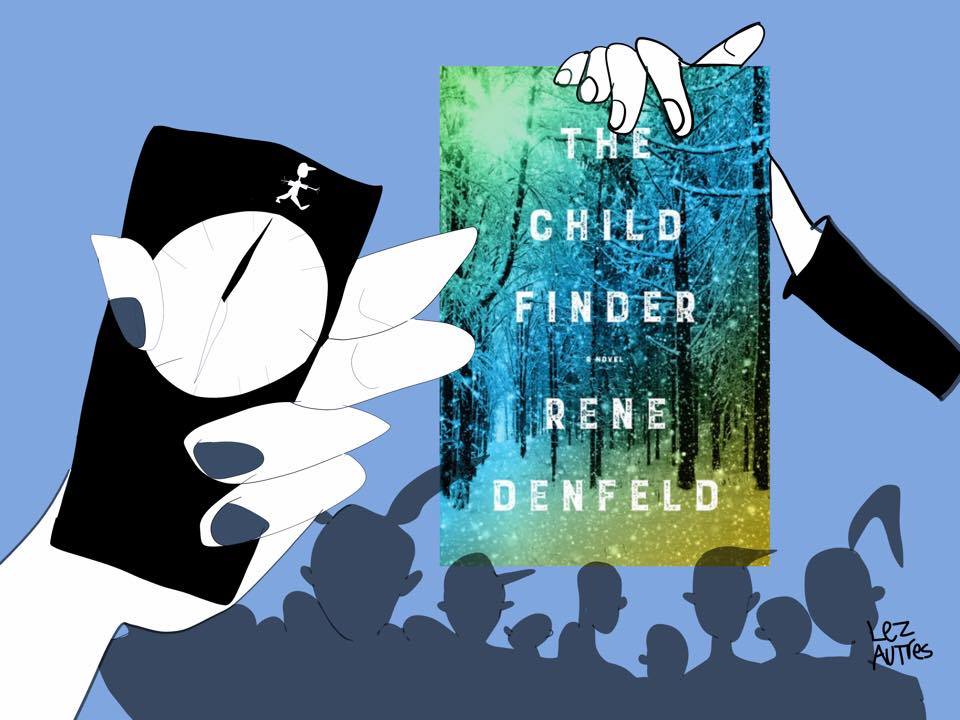 Pauline Dakin, a journalist and assistant prof a King’s College in Halifax, is a natural storyteller. But telling your own story – that’s a whole other thing.

Run Hide Repeat: A Memoir of a Fugitive Childhood is Dakin’s story of growing up on the run – from what, she and her brother never knew.

Dakin’s parents divorced when the kids were young – it was a nasty finger-pointing end to an often-difficult union. Dakin and her brother lived with their mom and only occasionally saw their dad, a charming alcoholic from a privileged background.

Stan Sears, the minister at a church in North Vancouver who counseled Dakin’s mom through the bleak post-divorce months, became a surrogate dad and the two families often went on camping holidays regardless of where the Dakins were living.

Years later, Dakin is living in Saint John and her mom in Halifax; mom asks Dakin to meet at a motel in a rural community in New Brunswick, a mid-way point for them both.

And that’s where Dakin learns the why of her pack-up-and-go childhood: the family had been running from the Mafia and was receiving protection from a covert government task force.

Stan surprisingly joins the two at the motel – Stan and mom are apparently item and have been for some time – and Dakin hears a tale of hit men, body doubles, undercover agents, a secret facility in the back of beyond, and Stan’s role as the go between. Stan is in protective custody and Dakin’s mom has decided to join him; she wants Dakin and her brother to come, too.

OK if this sounds far fetched, it is: the whole backstory is a hoax. But what Dakin learns about love and family and human frailty when she discovers the truth allows her to forgive, if not forget. 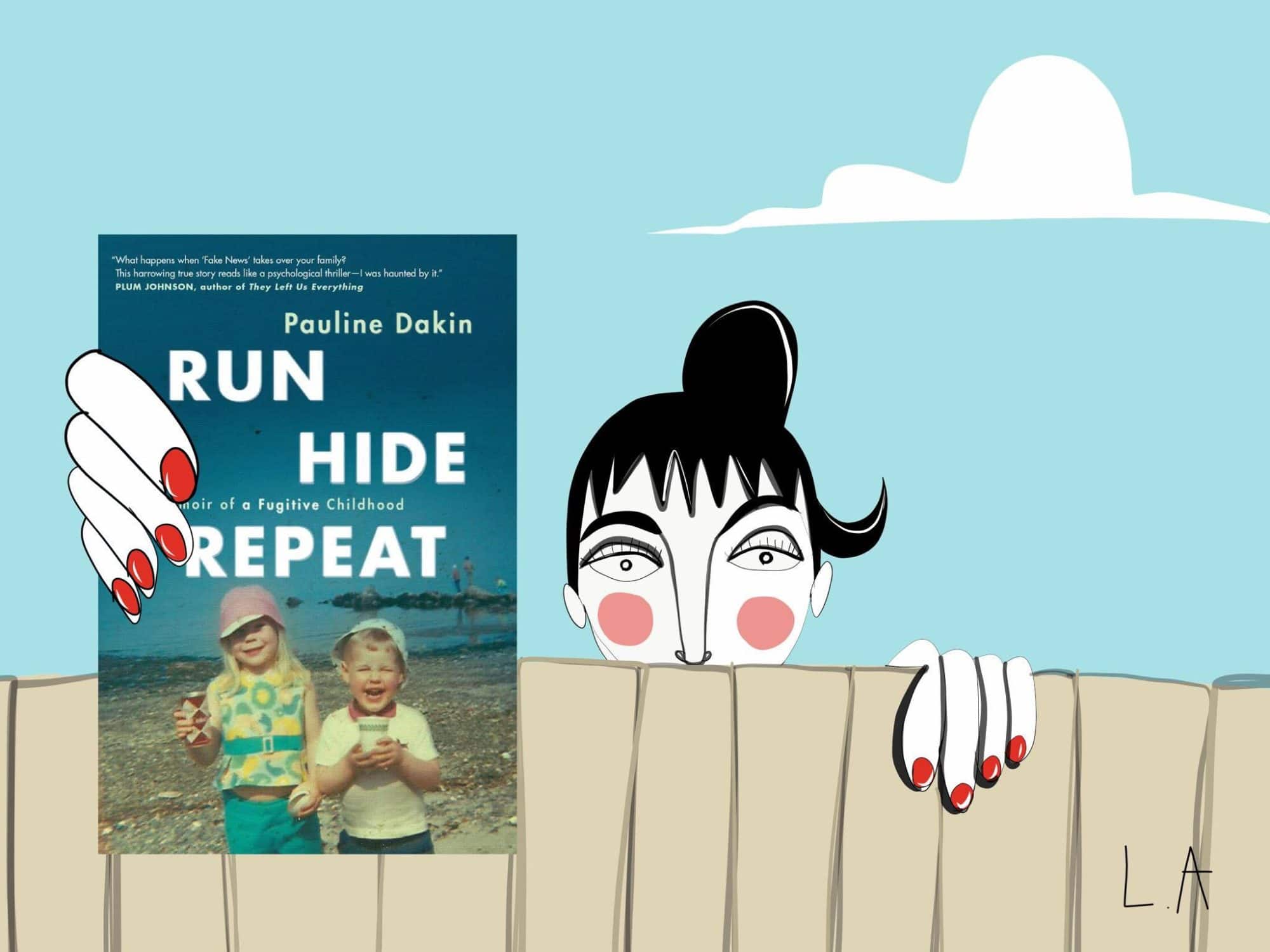