October is sort of an in between month, dontcha think? Fall is fading, winter is waiting in the wings, and I’m getting ready for the stormy Sundays ahead, filling my freezer with homemade soup (not made in my home, you understand, but still) and my bookcase with best reads. 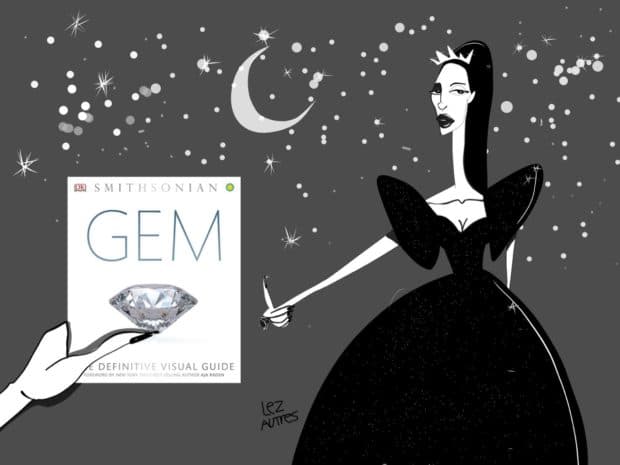 OK, seriously? This coffee table book is stunning – if you have a Glitter Girl on your holiday gift list she wants to find this sumptuous guide under her tree.

The surprises: beautiful pieces made from stones I have never heard of. Benitoite, an intense blue gem first discovered in California. Beryl, colourless in its natural state, but morphing into emeralds and aquamarines thanks to minute chemical impurities.

And you know zircon? I always thought of it as a poor girl’s diamond because it’s so often used as a substitute in jewelry I can afford. Well, guess what? It’s valuable in its own right – the image of a 10.5 blue zircon ring by designer Karina Brez shows no apology!

Gem is a sink-into book, preferably read while sipping a chilled glass of Dom. 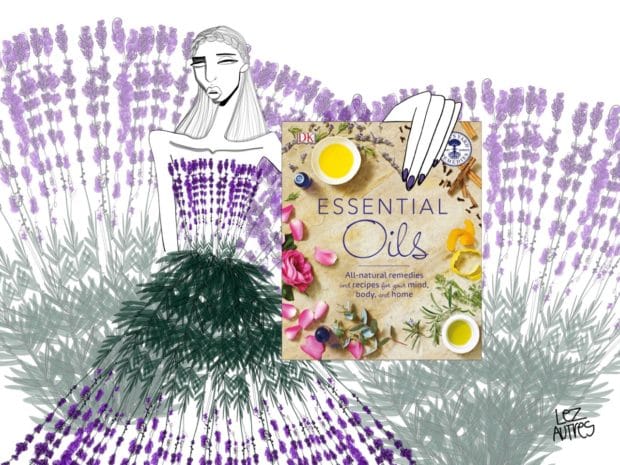 From the experts at Yard Remedies, this beautiful book is your definitive guide to tapping into the power of essential oils to enhance your physical and emotional wellbeing and heck, smell good into the bargain.

There’s a reason why infusers and scented candles are such big business these days: smelling something wonderful lifts our spirits. Think chocolate cookies baking in your oven, scented candles on your dresser, a spritz of your favourite fragrance as you walk out the door on a Big Date.

But did you know that aromatic oils have been used since forever in natural healing?

Holiday party season is just around the corner and you will eat too much, drink too much and pay the price. Bloated? A carrot and orange compress helps all that rich food move through your digestive system. Indigestion? A warming cardamom massage will have you back at the buffet table in no time. I dunno if this is a hangover antidote, but our friends at Yard Remedies suggest that a ginger diffusion is a classic remedy for nausea and stomach upsets. (I’m bookmarking the recipe on Page 218.)

Essential Oils (DK Publishing, 2016) has yes-you-can recipes to create luxurious spa products at home, including body scrubs, facial steams, hand creams (you know what happens to your skin when cold dry air outside teams up with warm dry air inside!), and moisturizing bath indulgences. My fave: bath melts. Shea butter, cocoa butter, coconut oil and geranium essential oil. Melt, pour into miniature cupcake cases, decorate with dried flowers – they look good enough to eat. Trust me. And tucked into a decorative chocolate tin, a dozen would make a wow-factor-of-10 hostess or holiday gift. 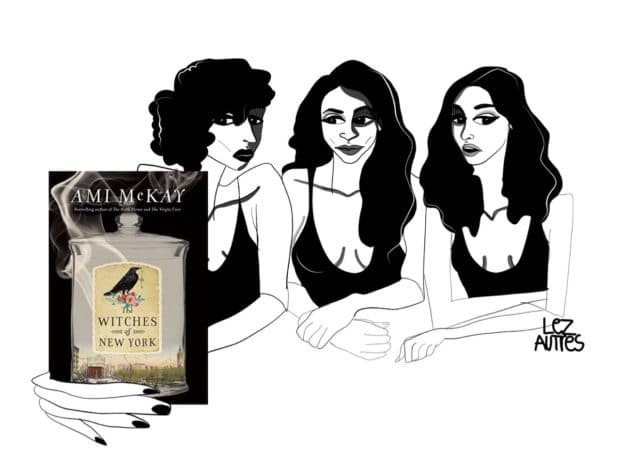 The Witches of New York

I read Ami McKay’s powerful The Birth House twice – really! – so I couldn’t wait to open up her latest novel.

The ingredients are engaging: three independent, self-sufficient witches in New York in 1880. Eleanor and Adelaide own a teashop that offers high society women cures, palmistry, potions and a safe place to talk about “female” concerns; Beatrice is a young apprentice who doesn’t know she’s a witch till she starts seeing spirits.

Eleanor wants to mentor Beatrice carefully, respecting the girl’s manifest magic. Adelaide sees an exciting new business opportunity. While the two friends are figuring out how to work in true partnership to help Beatrice become a fully realized witch, she disappears.

Adelaide and Eleanor begin a heart-wrenching search for Beatrice, and at a time when women were committed to insane asylums for simply speaking their minds, they realize that none of them are safe.

The Witches of New York is wonderfully written, and the characters – witches and mere mortals – are artfully drawn. And while the plotline is wrapped in the occult, the novel’s point is really about courage, feminism, oppression and power, and the witches stand for so much more than magic. It’s a story, as McKay has said, of “strong women doing remarkable things” and I’m all over that. 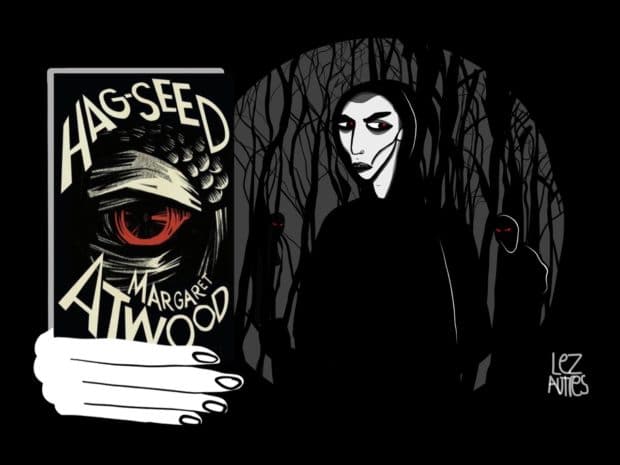 Hag-Seed, the fourth novel in the Hogarth Shakespeare series, is Margaret Atwood’s masterful retelling of The Tempest, considered Shakespeare’s most biographical tale.

In case you don’t have a clue, The Tempest is set on a remote island where Prospero, the deposed Duke of Milan, uses magic and illusion to restore the fortunes of his daughter Miranda.

Stay with me now: you don’t have to have read or seen The Tempest performed to make Hag-Seed a rollicking good read. You don’t even have to like Shakespeare.

Theatre director Felix gets tossed from his role as Artistic Director of the Makeshiweg Festival (Stratford Festival, anyone?) thanks to the machinations of his ambitious and politically connected second in command, and the chair of the Festival Board. He goes into hiding in a hovel in the back of beyond, haunted by his dead daughter Miranda and plotting revenge.

Twelve years on, Felix lands a job teaching a drama course at a nearby a prison – Shakespeare, of course. When he learns that the two men responsible for his unceremonious ouster (they’re now federal politicians) are planning to pay a visit to the prison to see the outcome of Felix’s unorthodox “literacy” class, Felix knows what the inmates will present: The Tempest. And he will have his revenge.

Hag-Seed is, of course, beautifully crafted – we’re talking Atwood after all. But it’s also smart, hip, entertaining and the dialogue is often laugh-out-loud hilarious. Felix tells his actors they can’t swear in class, for example. Drop the F-bomb and you’re out. They can, however, each choose specific swear words from the original text. When challenged for telling a fellow actor to suck it, Leggs says, ““Suck is not a swear word. It’s only a diss. Everyone knows that, so the devil take your fingers.”

How come I couldn’t have studied Hag-Seed in Grade 12 English Lit instead of the original? 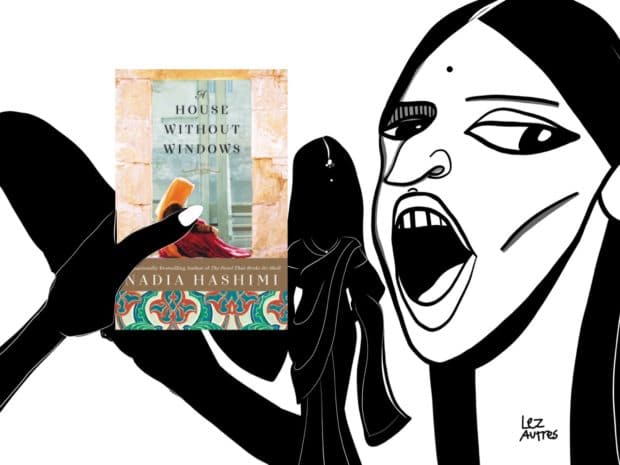 A House Without Windows

Nadia Hashimi, author of the bestselling The Pearl That Broke The Shell and When the Moon is Low, once again shines a megawatt light on what it means to be a woman in Afghanistan through A House Without Windows. And the picture isn’t pretty.

Zeba has been a dutiful wife and loving mother for 20 years. Hers is a tough life: her husband is an abusive drunk (although he didn’t start out that way); she has buried two children; the family is often hungry. Home is “a broken place – broken dishes, broken ribs, broken spirits”. She holds herself together by stringing her thoughts into rhymes.

When Zeba’s husband Kamal is found violently murdered in their courtyard, Zeba bathed in his blood, she is unable or unwilling to tell what happened. She’s arrested – of course she murdered her husband the neighbours whisper – and tossed into Chil Mahtab, a prison for women, many of them accused of zina, moral crimes. One teenage girl ran away from home but stays in prison because it’s a safer shelter. Another has been wrongfully accused by her mother to protect her from a certain honour killing.

Enter Zeba’s Afghan-born, American raised young human rights lawyer, who knows she isn’t guilty and sets out on what seems like an impossible journey to prove her innocence inside a system that believes that it takes two women’s voices to carry the weight of one man’s – and even then, only maybe.

What Zeba discovers inside the prison: herself. And an unlikely sisterhood that nurtures, supports and finally, speaks without fear. “If I’d known Chil Mahtab could bring me such joy I would have happily let myself be used by a boy.”