As I powered up my laptop to share my five must reads this month I was musing about the brouhaha over retailers looking a lot like Christmas before we’d even turned back the clocks. And while I do think we could curb our enthusiasm at least till Calgary wins the Grey Cup, it occurred to me that you A types are probably already making your list and checking it twice – and since I have to admit I’m in your corner – here are great books to give and to get this holiday season. 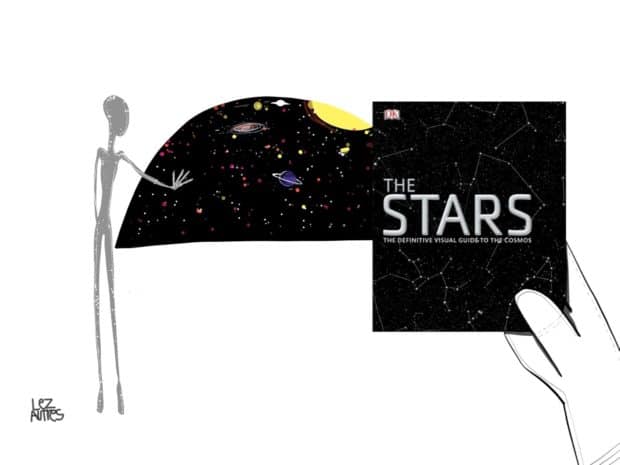 The Stars: The Definitive Visual Guide to the Cosmos

So you can probably recite the names of most of the planets, right? Maybe you know the constellation names, too. And I bet you have spent more than one starry summer evening drinking a chilled Chardonnay and gazing at the awesome night sky.

I don’t want to get all Star Trekkie on you but The Stars: The Definitive Visual Guide to the Cosmos (DK Publishing, 2016) is a jaw-dropping exploration of space, the final frontier . . .and a totally out-of-this-world holiday gift.

The Stars is packed with astonishing 3-D artwork detailing all 88 constellations from Andromeda to Virgo (did you even know there were that many?) forming a complete map of the night sky.

You don’t have to channel Sheldon Cooper to make sense of the cosmos. A snappy introduction puts the sky into perspective: after bursting into existence 13.8 billion years ago in the Big Bang, our universe was entirely dark for a few hundred million years (stay with me now) when bunches of matter started heating up and the first stars were born.

The Stars uses engaging infographics that make some pretty Whaaaat? kind of data easy to understand, from the Big Bang to the search for extraterrestrial life and the Handy Reference section, including a Glossary of Terms, helps interpret the data. 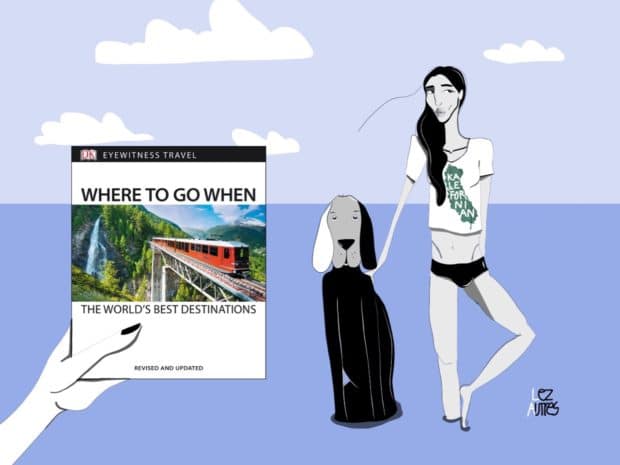 Where to Go When: The World’s Best Destinations

So imagine the look on my face when I opened Where To Go When: The World’s Best Destinations (DK Publishing, 2016). Pretty much gob-smacked. This ingenious must-have vacation planner (or dreamer!) serves up 130 of the most spectacular places ever, organized by the best month to visit.

Here’s how it works. Each month has a set up: Festivals and Culture; Unforgettable Journeys; Natural Wonders; Luxury and Romance; Active Adventures; and Family Getaways. So choose your getaway bucket, then, under each category, DK’s legion of travel experts offers up five great – and often unexpected – places to go. But wait. There’s more. Each destination gets its own beautifully photographed spread highlighting where to stay, what to do, what to eat and a week or so holiday itinerary.

My favourite bonus: a Do’s and Don’ts box for each destination. Let’s say you’d like to visit Iceland, a trendy trip these days. Advice from the Do’s and Don’ts box? Have a remedial shot of brennivin (literally, burnt wine) at hand if you intend to sample such Icelandic delicacies as (putrefied shark meat) or sursadir hrutspungar (pickled ram’s testicles). Don’t say you weren’t warned. 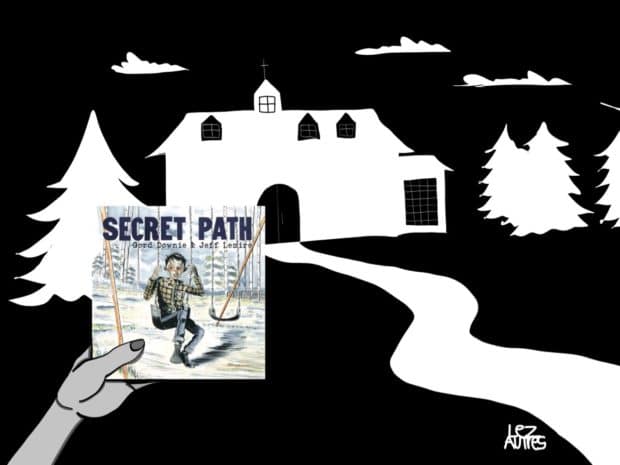 Twelve-year-old Chanie Wenjeck – called Charlie by his teachers – died on October 22, 1966, trying to walk the 400 miles to home. He was running from the Cecilia Jeffrey Indian Residential School. He didn’t know where home was or how he was going to get there but he knew his life depended on trying.

Secret Path, a 10-song album by Gord Downie with a graphic novel by illustrator Jeff Lemire is the heart-wrenching story of Chanie’s brief life and brutal death from exposure and hunger beside the CNR track. The novel includes a one-time download of the album and proceeds from Secret Path will be donated to The National Centre for Truth and Reconciliation.

At its simplest, Secret Path is a powerful and haunting telling of Chanie’s life and death. But of course it’s much more than that: it’s a story in a shameful chapter of Canadian history that is still being written.

Consider this closing paragraph from a feature by Ian Adams in Maclean’s magazine dated February 1, 1967 about a Jury finding from Chanie’s inquest:

. . . the most poignant suggestion was the one that reflected their own bewilderment: “A study be made of the present Indian education and philosophy. Is it right?”

Says Downie, “All of those Governments, and all of those Churches, for all of those years, misused themselves. They hurt many children. They broke up many families. They erased entire communities. It will take seven generations to fix this. Seven. Seven is not arbitrary. This is far from over. Things up north have never been harder. Canada is not Canada. We are not the country we think we are.”

“Do we want to live in a haunted house the rest of our lives?” asks author Joseph Boyden

Buy this book, and share the story, especially with the kids you love. Because they will be the change. 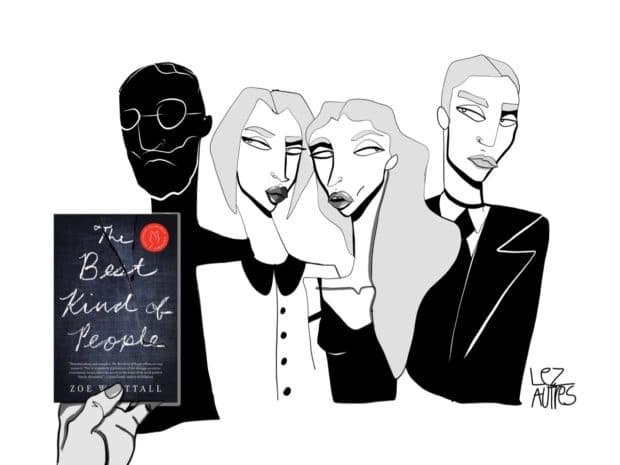 The Best Kind of People

George Woodbury is old money, an upstanding member of his small community, science teacher at the prestigious prep school and local hero for saving the kids some years back when a gunman came to school intent on murdering his ex-girlfriend.

George, his wife Joan, a nurse, and daughter Sadie, a super smart high school senior and son Andrew, a NYC lawyer, are pretty much the perfect TV family. You kind of want to see them brought down a peg or two. But not, perhaps all the way to hell. Which is what happens when the cops arrive to charge George with sexual misconduct with four minors and attempted rape of a minor.

Zoe Whittall’s The Best Kind of People poses the question: what if someone you trusted was accused of the unthinkable? And answers it in a story that is blunt, disturbing and ultimately truthful. George denies culpability calmly, coolly, convincingly and Joan and the kids struggle to figure out the truth, one moment believing in George’s innocence and the next asking, but what if?

The town turns its back for the usual way to-too simple reasons – of course Joan knew, the wife always knows; little girls don’t lie; he’s a monster. But as the story unfolds, we discover, of course, that people are a complicated stew of tasty carrots and potatoes and not-very-tasty lima beans. That we are capable of both honorable and disgraceful acts and that neither fully characterizes who we are.

The Best Kind of People is an ensemble cast and some of the players are less interesting/more clichéd than I would like. Joan, however, is as conflicted and compelling a lead as I have encountered in a while. How she answers the book’s central question will surprise or astonish or annoy you – perhaps all three. I see a blockbuster movie here. 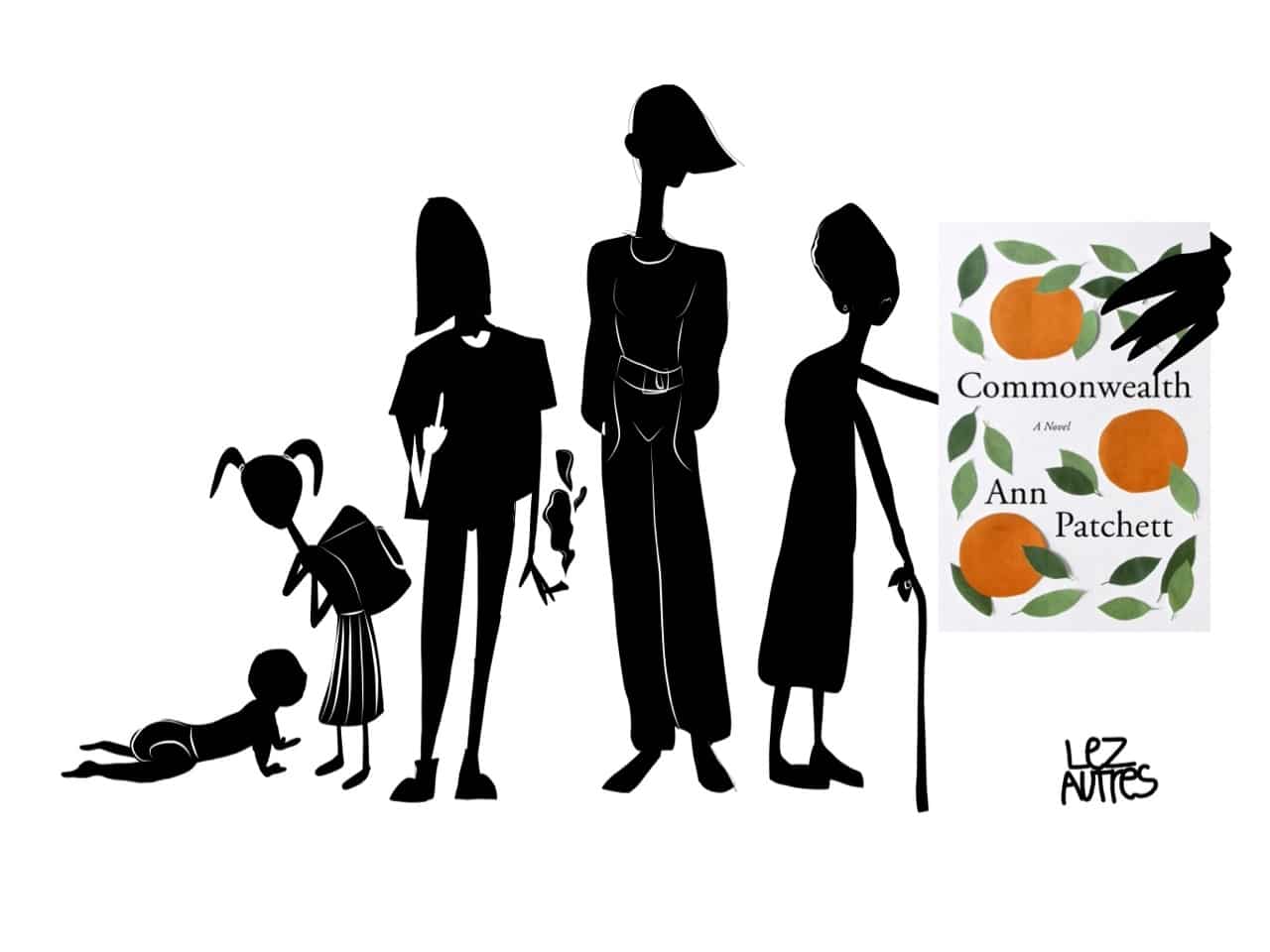 Early 60s California. A christening party. Buckets (seriously) of screwdrivers all ‘round. And when handsome Bert kisses beautiful Beverley, the baby’s mom, he sets in motion the destruction of their marriages, the reconfiguring of their families and finally, a reimagining of family ties.

Commonwealth, Ann Patchett’s latest novel, traces the lives of the two families – four parents and six kids – over the next five decades as they try to figure out what family means: the The Brady Bunch they aren’t.

In her 20s, Franny, the christening party queen, hooks up with renowned novelist Leon Posen (her fantasy crush in college). He is 30-odd years older and hasn’t had a bestseller in 12 years. Franny and Leon play house, Franny acting as muse while Leon tries to write his comeback novel.

When Franny shares stories from her childhood, Leon knows his next novel – based on those stories – is his ticket back to author respectability. What he doesn’t count on: what happens to Franny’s blended family when the book goes bestseller and finally a film – and the family secret the fallout reveals.

Commonwealth is an authentic story of mistakes, missed opportunities and messy lives. And proof that while blood is thicker than water sometimes, love is thicker than blood.