World History: From the Ancient World to the Information Age (DK Publishing 2017) brings the events that have landed us where we are today, starting with what’s known as prehistory, the period between the use of the first stone tools c. 3.3 million years ago, and the invention of writing systems, c. 5,300 years ago, and finishing with the global chaos, the rise of populism and the big fat mess currently making headlines.

World History explores humanity’s journey through the lens of each period’s key thinkers, leaders, ideas and inventions. The stunning images you count on from DK – spectacular history-making photography (a shot of an exploding tower at the World Trade Centre took my breath away), paintings, maps and more place each event in the larger social and historical context so you can understand the impact of an event in part of the world, on countries half a world away.

OK, I don’t want to get all quotey on you but L. P. Hartley, novelist and short story teller, opines on page 14: “The past is a foreign country, they do things differently there.”

I’m not sure that’s true. For me, World History validated these two quotes instead.

“Those who cannot remember the past are condemned to repeat it.” (George Santayana)

I’ve got news for Mr. Santayana: we’re doomed to repeat the past no matter what. That’s what it is to be alive.” (Kurt Vonnegut)

And bonus: History comes in a beautiful box so all you need to do is add a bow. 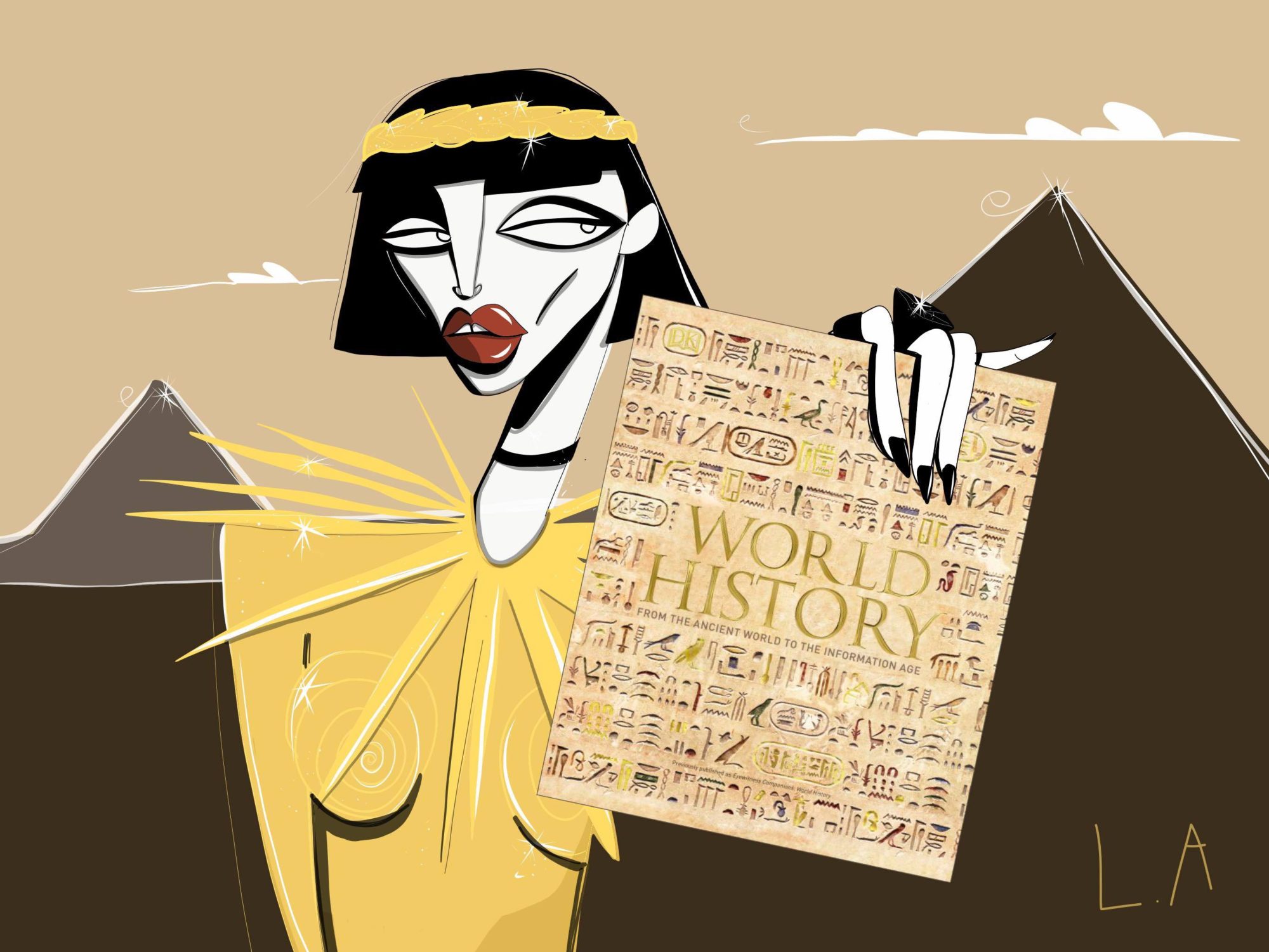 Artists: Their Lives and Works

Artists: Their Lives and Works (DK Publishing 2017) celebrates more than 80 brilliant artists from the Renaissance to present day with lush photography, In Context and Profile sidebars that position each artist’s time and place, and timelines that offer sound bite moments in the artist’s life.

The combination of artists’ backstories and their art makes this gift-worthy coffee table book an uber fascinating read for both art lovers and those who can’t tell a Picasso from a Pollock.

Backstory: Frida Kahlo of unibrow and moustache fame was born in 1907 to a German-born dad and a Mexican mom. She contracted polio when she was six, which left her with a deformed leg. At 18, she suffered extensive injuries to her spine, leg and pelvis in a traffic accident and taught herself to paint as she was healing. She changed her birthdate in solidarity with the Mexican Revolution, and was a committed Communist who had a brief affair with Trotsky. She couldn’t have kids, lived with chronic pain and underwent a bunch of operations, including the amputation of part of her right leg when she was 46.

Art: Kahlo’s work reflects her life, and the challenges she faced coming to terms with her body, her sexuality and her national identity. Feminists are all over Kahlo’s work because it raises issues of beauty, gender and sexual politics. Her art is bold, stark, unflinching – 55 of her 143 paintings are self-portraits – and the power of her paintings still resonates. “I paint myself,” she said in 1938, “because I am so often alone and because I am the subject I know best.” 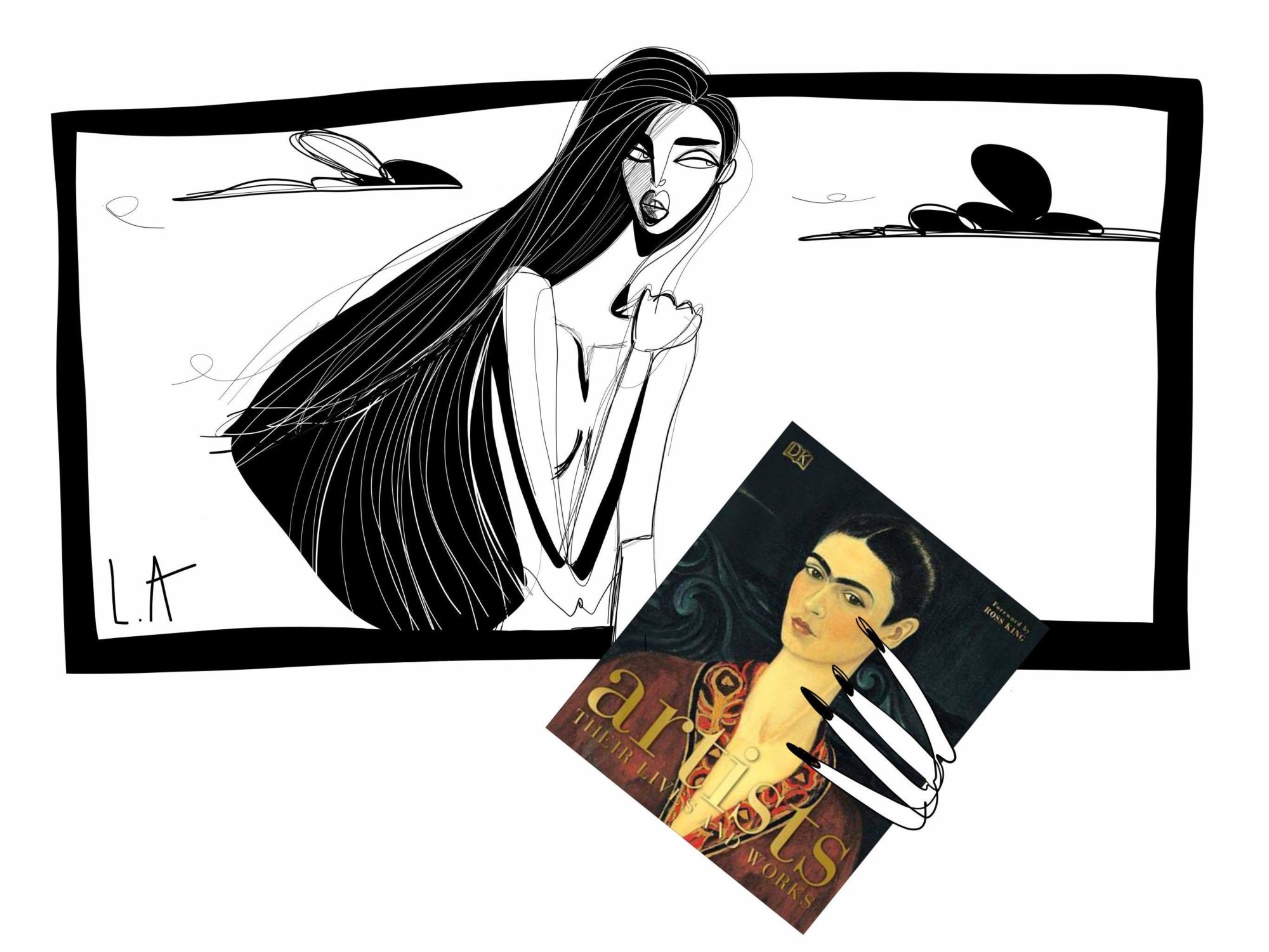 You love Smitten Kitchen recipes, right? Bet that’s because, as Deb Perelman declares on her site, “What I’m wary of is: Excessively fussy foods and/or pretentious ingredients. I don’t do truffle oil, Himalayan pink salt at $10 per quarter-ounce or single-origin chocolate that can only be found through Posh Nosh approved purveyors. I think food should be accessible, and am certain that you don’t need any of these things to cook fantastically.”

Every Day dishes up the kind of easy-make recipes you want for yummy breakfasts, lunches, dinners and of course – Perelman’s strength – cookies, cakes, frozen desserts and party food (the herb and garlic baked camembert is brie baker lickable and I am ashamed to tell you I personally ate the ENTIRE 8 cups of Kale-Dusted Pecorino Popcorn).

I don’t eat meat or fish, my partner is a committed carnivore, and at the end of a terrible, horrible, no good, very bad day (shout out to author Judith Viorst) it’s usually frozen pizza or the pub at the corner.

With Every Day, I can whip up Halloumi Roast with Eggplant, Zucchini and Tomatoes, add a chicken breast for Himself and like Scarlet O’Hara, sit on the couch full-to-bursting, and remind myself that, “After all, tomorrow is another day.” 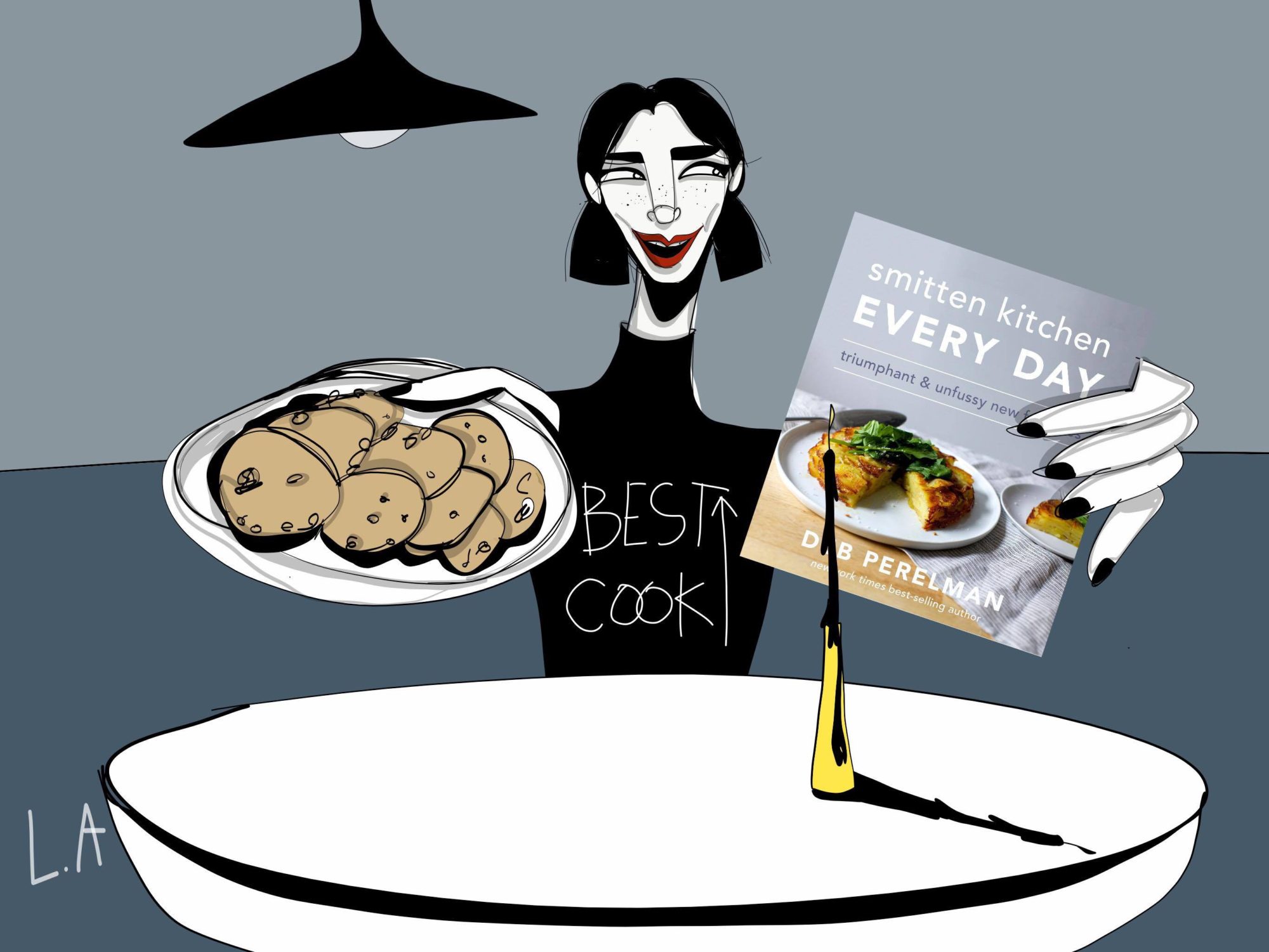 The Inner Life of Animals

So if you’re a meat eater, I’m not sure you’re going to be into The Inner Life of Animals: Love, Grief and Compassion. But here goes.

Author Peter Wohlleben, who wrote the New York Times best-selling The Hidden Life of Trees, invites us to consider this question: do animals have the same feelings we do? Wohlleben cites lots of scientific evidence that suggests, you bet.

Wohlleben believes that all vertebrates are hardwired for emotions, just like humans. Backed up by science which he admits is not definitive, he says fish, for example, produce oxytocin, “the hormone that not only brings joy to mothers, but also strengthens the love between partners” (not sure what was going on when my guppy had babies and then ate them, but still . . . ).

Horses feel shame. Deer grieve the death of a fawn. Goats discipline their kids. Inner Life explores the gamut of emotions in animals, less from a scientific perspective than from Wohllebe’s own as a country-living, animal-lover, through stories, anecdotes and personal experiences, in a such a thoughtful way I often paused mid-sentence and wondered . . .What if?

Never had a dog. Never had a cat. Still not sure about that fish thing. But never mind – Inner Life is an engaging read and the start of a lively New Year’s Eve dinner party debate. 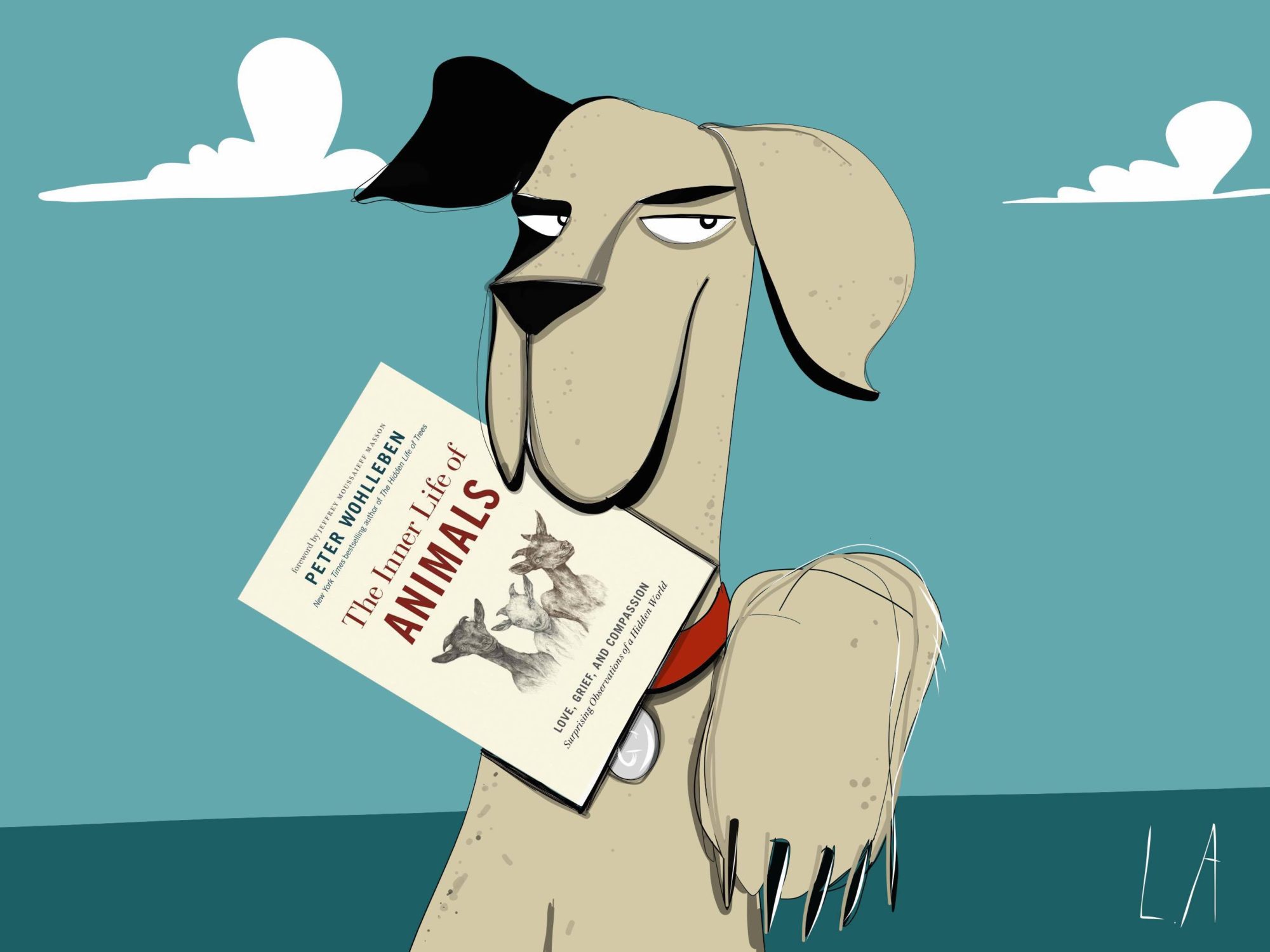 I loved What She Knew, Gilly Macmillan’s first in the DI Clemo series, a tightly crafted page-turner with a satisfying surprise ending.

Jim Clemo is back in Odd Child Out, a more complicated thriller thanks to a cast of primary, secondary and tertiary characters, myriad subplots and sometimes sequences that don’t seem to flesh out a character or move the plot forward.

Fifteen-year-old Noah Sadler has battled cancer most of his life. It’s back. And it’s terminal. He’s coping, thanks in large part to his friendship with Somalian refugee Abdi Mahad, a classmate at a tony private school.

Noah’s dad is photojournalist. He invites the boys to opening night for his latest exhibition, which includes harrowing pictures of the refugee camp where Abdi and his family spent years before arriving in England.

Shortly after, the friends plan a coming-of-age night – you know, sneaking out of the house after lights out, trekking to a dodgy location, beer, smokes . . . Noah ends up unconscious in the canal and Abdi disappears.

DI Jim Clemo, fresh off stress leave and still in therapy, and DC Justin Woodley, are assigned to the case.

They find Abdi, who won’t talk. Noah’s in a coma and can’t talk. And . . . well . . . there’s a language barrier, a cultural divide and a former detective-turned-TV-journalist who also happens to be Jim’s former Big Love stirring things up in the name of ratings. Throw in some Islamophobia for good measure and Clemo and Woodley just can’t catch a break.

Macmillan stuffs a lot into Odd Child Out; sometimes it works and sometimes it puts the brakes on the pacing. But she captures teenage angst and the complex power arrangements in teenage friendships with authenticity – I bet she has a son(s) – and there are some tidy plot twists. Plus ya gotta love Clemo. He’s a sensitive, heart-on-his-sleeve, new age cop, which should be a contradiction in terms, right? 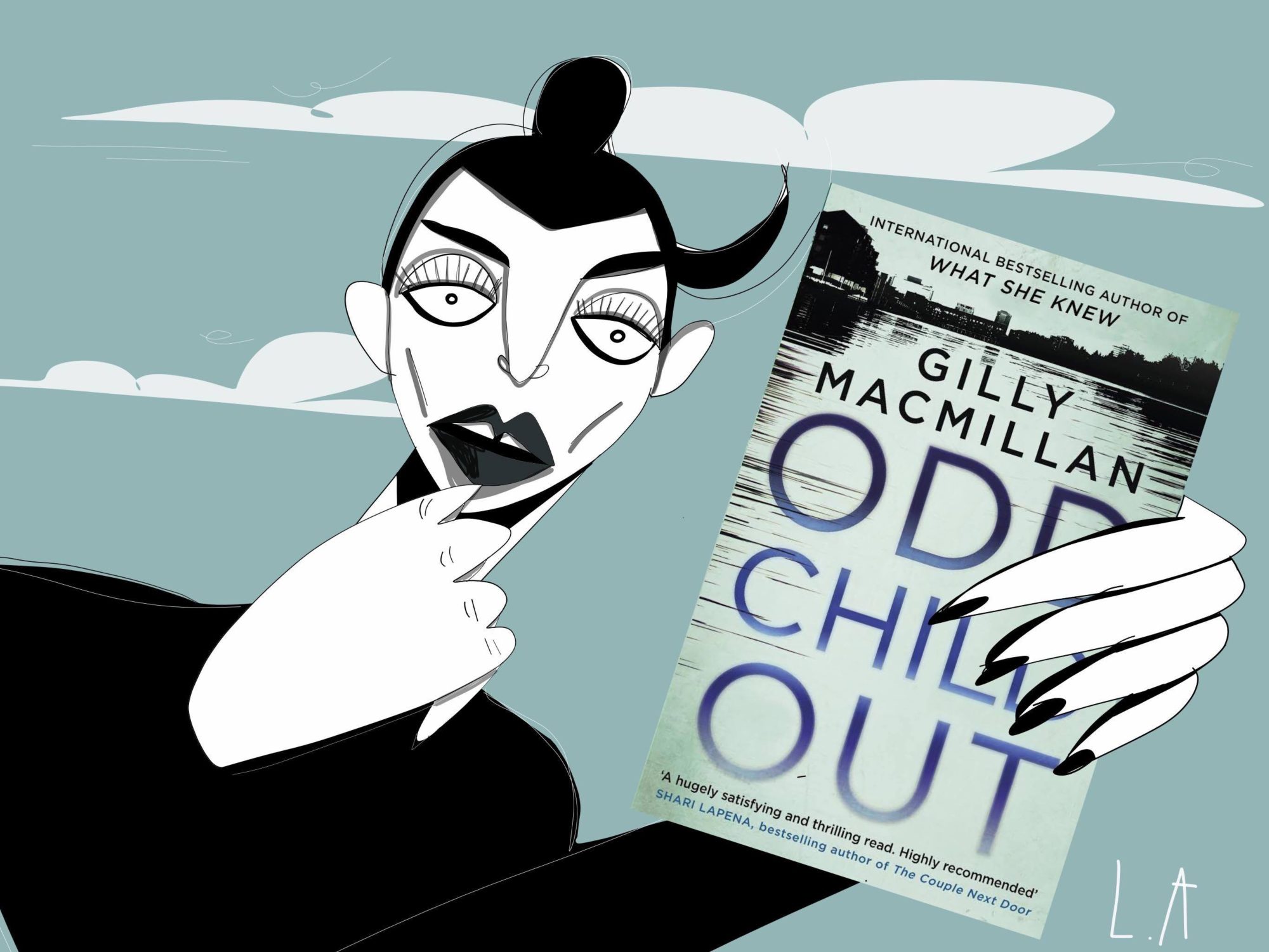