May is hands down my favourite month because there is so much to celebrate. I’m an end-of-May Gemini baby so that matters (well, to me anyway.) Then there’s Mother’s Day. And the 24 long weekend.

So here are my must-reads for May, 2019 including recipes for the best summer cocktails, a Mother’s Day gift idea and just because – a sophisticated psycho-thriller that will give you goose bumps. 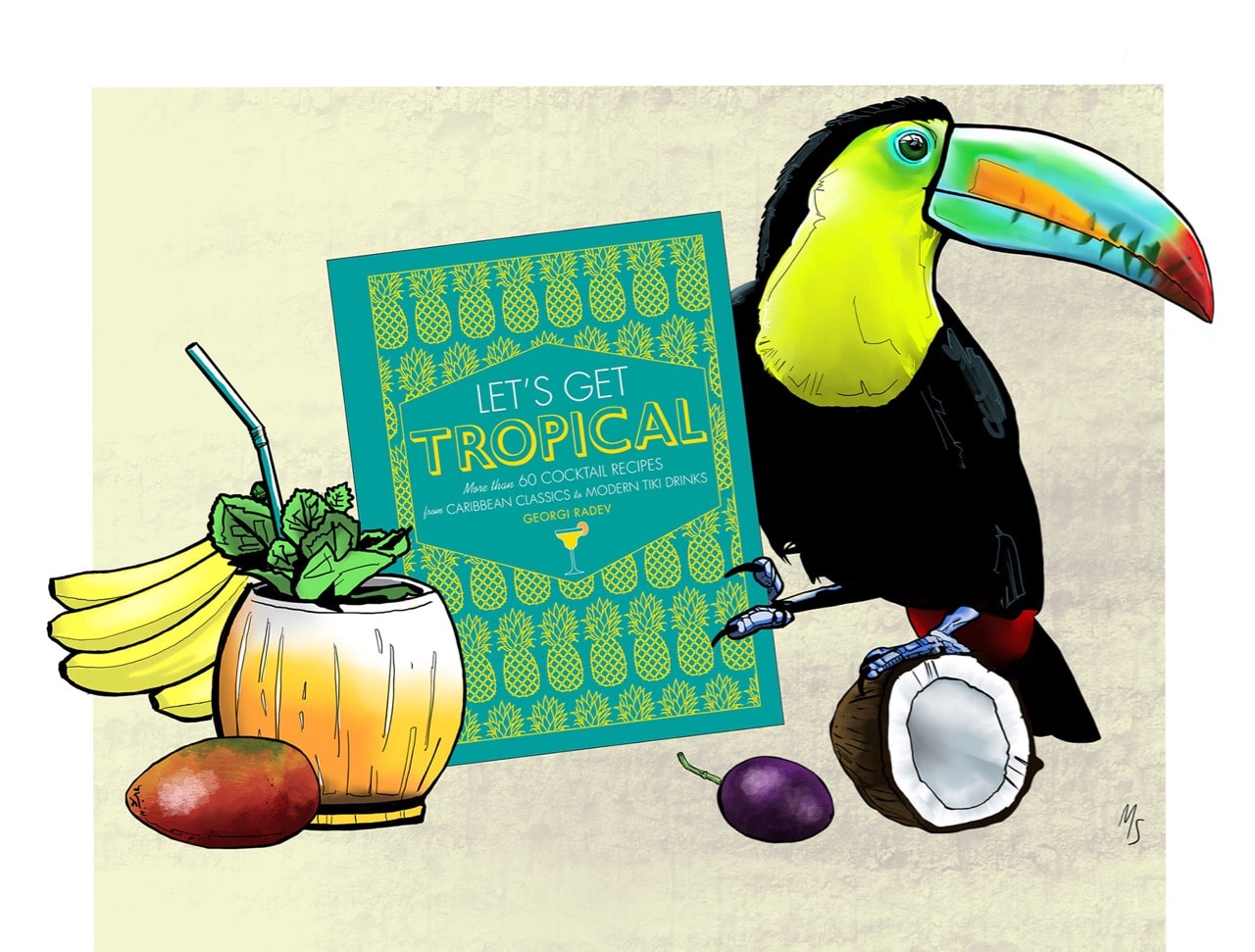 Let’s Get Tropical features more than 60 tropical cocktail recipes from classics like Rum Punch to innovative concoctions like the Beach Whacker. And they’re all guaranteed to turn a typical patio party into a warm weather celebration.

Let’s Get Tropical opens with an introduction to rum. Did you know that rums are grouped into white, gold, aged and dark varieties, and taste different depending on the country of origin and the distillation process? Nope, me either.

Radev starts off with the basics – the tools and equipment you need to create authentic Caribbean cocktails, and the glassware you want to serve them like a pro.

Then: the main event. Radev creates classic cocktail recipes each with three contemporary twists, often including a lose-the-booze option that still tastes like a holiday. Plus fresh, new creations that sing Summer.

My favourite? Angels’ Share.  It’s a layered punch sorta cocktail.  Prosecco, orange juice, honey water, St. Germain elderflower liqueur, apricot brandy and white rum topped with an extravagant bouquet of fruit. Like shared plates, the idea here is to offer everyone a long straw and invite them to sip. Now that sounds like a party! 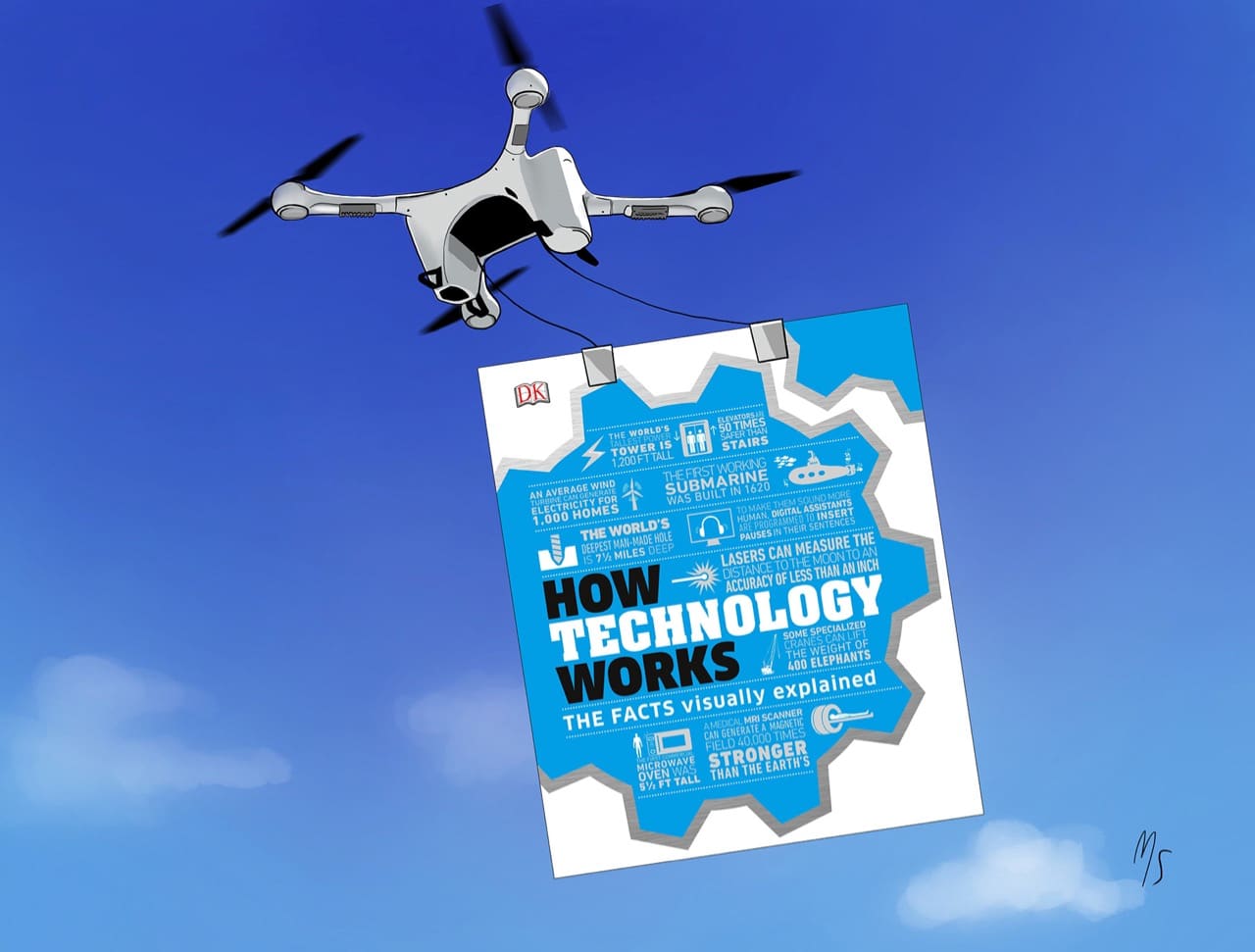 OK, I love the How Things Work series because it delivers what it promises: to demystify all sorts of complicated things using everyday language and lots of snappy illustrations, and How Technology Works: The Facts Visually Explained (DK Publishing, 2019) is no exception.

How Technology Works explores the inner workings of simple stuff like vacuum cleaners and zippers as well as our most sophisticated devices like smart phones and driverless cars. It explains how inventions like the internal combustion engine changed the course of history, and how groundbreaking technologies will shape our future.

Did you know: Eighty percent of new cars in Brazil are fuelled by ethanol, an alcohol produced from sugars found in biomass crops like sugar cane, corn and sorghum, or ethanol-gasoline blend.  Problem: biomass is considered to be a renewable energy source – that’s good – but it grows on land we need to use for growing food – not good.

In 2014, a drone filmed itself being caught in midair by a hawk – yikes!

And how about this: transgenic animals. Transgenic animals have a gene from another species inserted into their DNA. For example, a section of human DNA containing the code for the blood hormone antithrombin, which reduces blood clotting, is inserted into a goat’s DNA. The milk contains the hormone. In one year, that goat can produce as much antithrombin as 90,000 blood donations.

I’m pretty much a technoweenie and I spent an afternoon mesmerized by How Technology Works. I’ll be dining out on what I learned all summer. 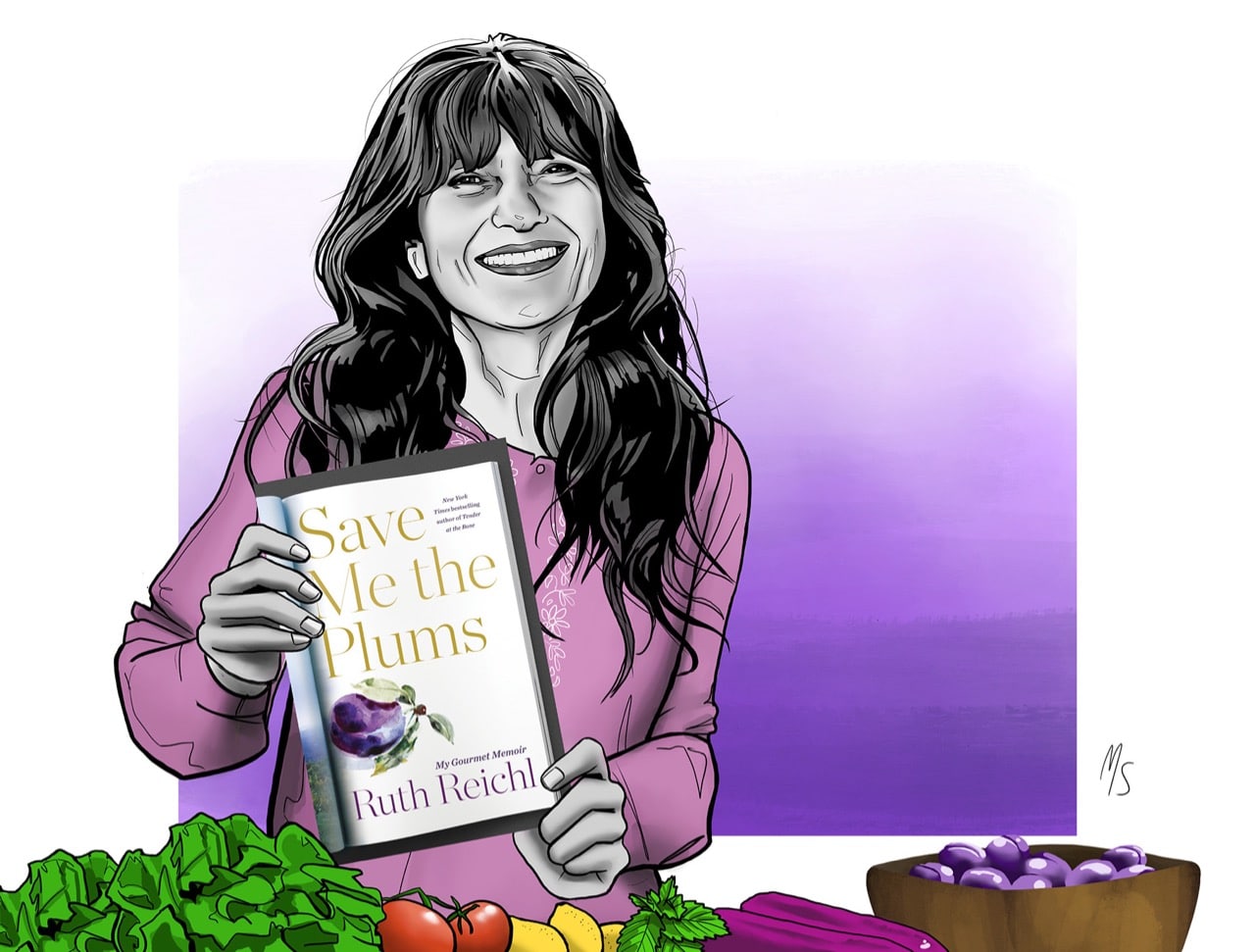 Save Me the Plums

Gourmet Magazine, the foodie’s Bible back in the day, was thrown over the stairs in 2009, one more victim of the recession, the Internet (everyone under 30 was getting their recipes online) and a seismic shift in food culture.

I wasn’t a Gourmet reader. The recipes were too fussy and complicated for me. So when I opened up Save Me the Plums, Ruth Reichl’s memoir of her decade at the helm, I wasn’t sure I’d actually finish it. I did. In one sitting.

Reichl discovered an old copy of Gourmet in a used bookstore when she was eight and fell in love with making yummy things to eat. She became a chef in hippie-era Berkley, moved on to become food editor at the Los Angeles Times, and was the restaurant critic for the New York Times. That’s when the legendary Si Newhouse, boss of Conde Nast, touched her to become editor-in-chief of Gourmet at the age of 51.

Reichl had never worked at a magazine, never mind managed a staff of 60. She was charged with taking the stuffy, highbrow book into an of-the-moment magazine. And she succeeded. Brilliantly.

The world of restaurants and recipes was in the throws of changing the way we eat and Reichl and Gourmet led the charge. Until ad sales plummeted and Newhouse chose Bon Appetit over Gourmet.

Reichl is a smart and gifted storyteller. Save Me the Plums reads like a witty conversation over a bottle of wine, full of fun, gossip and irreverent insight.

You don’t have to be a foodie Instagramer to enjoy every delicious page. Perfect for Mother’s Day. She’ll thank you, I promise.

Charlotte’s Top 5 Must Reads for April

Charlotte’s Top 5 Must Reads for March

Charlotte’s Top 5 Must Reads for February 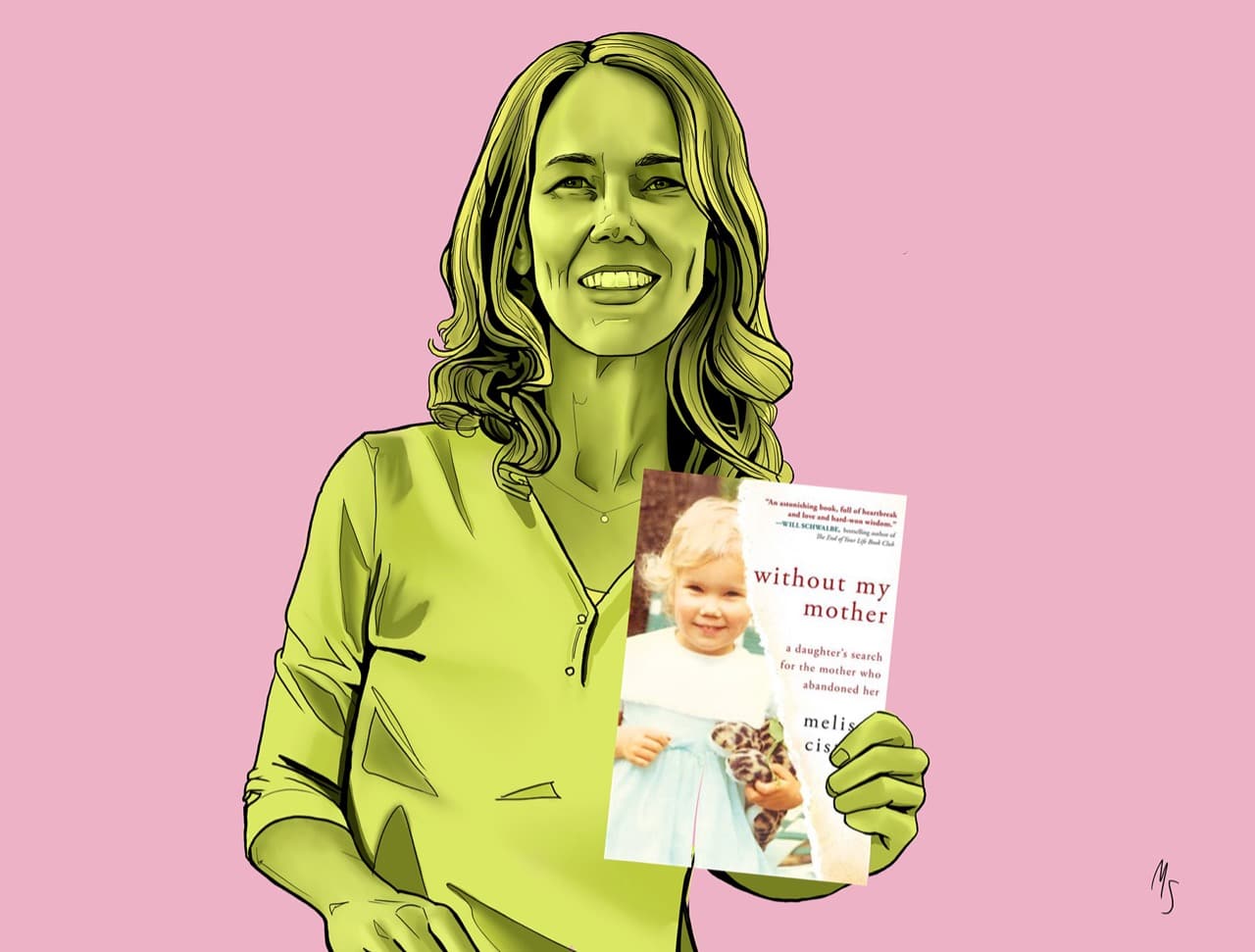 When Melissa Cistaro was a toddler, her mom got into her Dodge Dart and drove away. No hugs. No tearful goodbyes. Just gone.

Dad tells Cistaro and her two older brothers that their mother is taking “a break” for a while – that’s as much as he shares.

The kids don’t see Mom for years. Then, she starts showing up randomly, usually drunk or high, often with a man in tow.

Cistaro and her brothers clung to each other for support. Their dad did his best – although it wasn’t very good – to hold the little family together.

No surprise, the kids grew into emotionally scarred adults. The brothers both became substance users. Cistaro built a happy marriage and family, but she lived with the fear that perhaps she had inherited a “leaving gene” like a predisposition for high blood pressure or diabetes, and that eventually she, too, would leave her daughter.

Thirty-five years on Cistaro learned that her mother was dying. She flew to Olympia, Washington to try and discover what drove her mother to abandon her. Instead, she finds a cache of letters her mother had written to her and her brothers over the decades and never sent. And finally, that insight into a woman who was so much more than a runaway mom, was enough.

“Her letters,” Cistaro writes, “offer me comfort now. I wouldn’t trade my mom for any other in the world.” 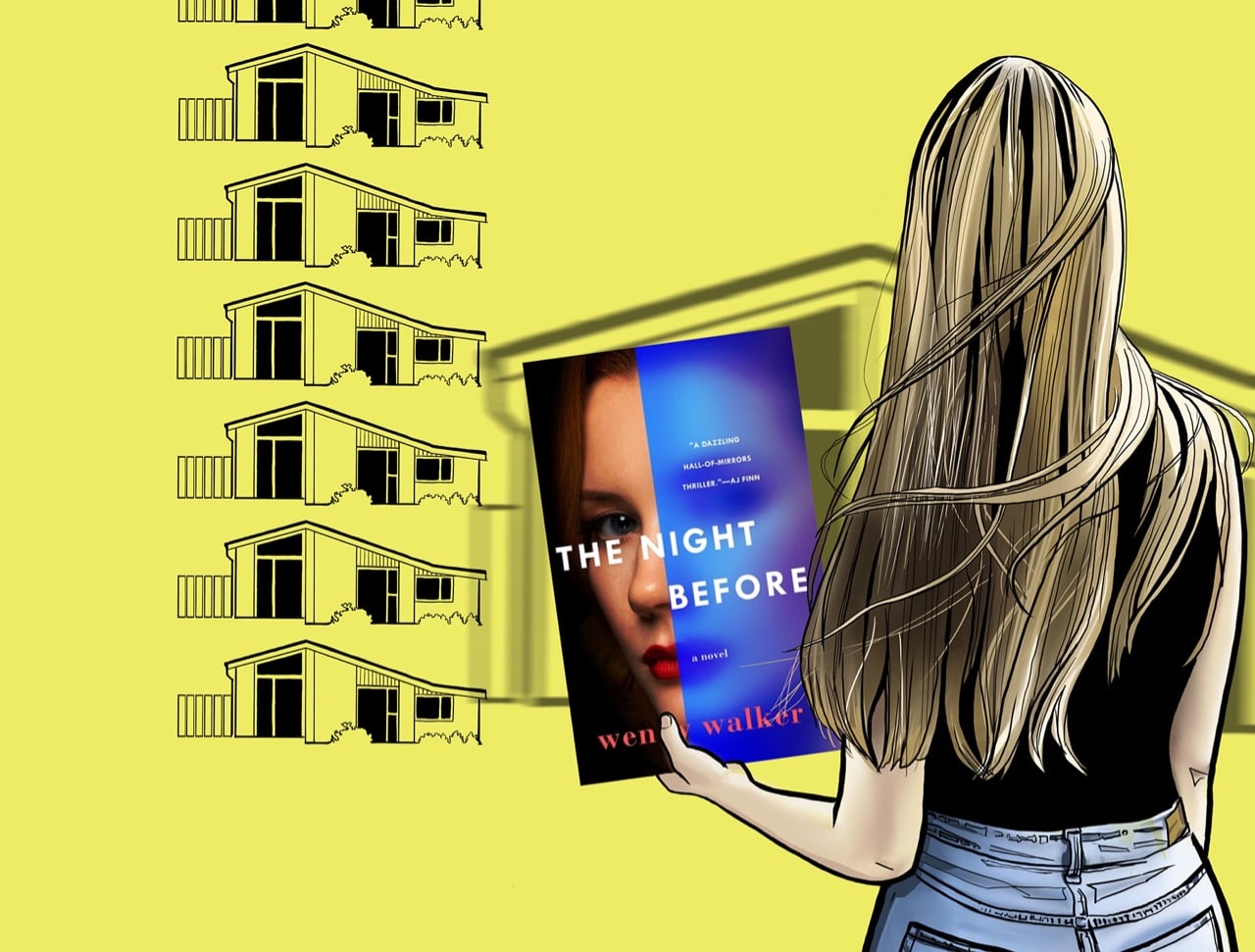 Wendy Walker’s latest might be the twistiest, most intensely emotional psycho-thriller I have read in a long time.

Laura Lochner is pretty messed up. She seems to have a knack for falling fast for too many bad actors. Her therapist-turned-lover tells her that’s because she doesn’t think she deserves to be loved.

When the shrink breaks up with her over text – really? – she quits her Wall Street job and returns home to bunk in with her older sister Rosie, brother-in-law and nephew in the small Connecticut town in which she grew up, haunted by a traumatic childhood event that still defines who she is.

On a whim, she agrees to meet up with a man she met on a dating site. Maybe this time, she tells herself, things will be different.

Rosie has spent most of her life trying to keep Laura safe. So have Rosie’s husband Joe and his best friend Gabe. In fact the foursome were inseparable growing up, each the other’s best friend. The three are worried. But they tell her to have fun and to be back before dawn.

Sadly, I can’t tell you any more because just when you think you have the plot figured out – bam, you’re down the rabbit hole. What I will share: Don’t start The Night Before unless you’re prepared to stay up way past your bedtime.