I have two hobbies: books and movies. OK, three – I also like talking about books and movies. Don’t get me wrong. I’m no culture snob. All I ask for is a compelling storyline, engaging characters and snappy dialogue. And if the author contributes well-crafted writing, turns of phrase I need to read out loud to whomever is within earshot (happens on the subway sometimes, for real)? Jackpot. 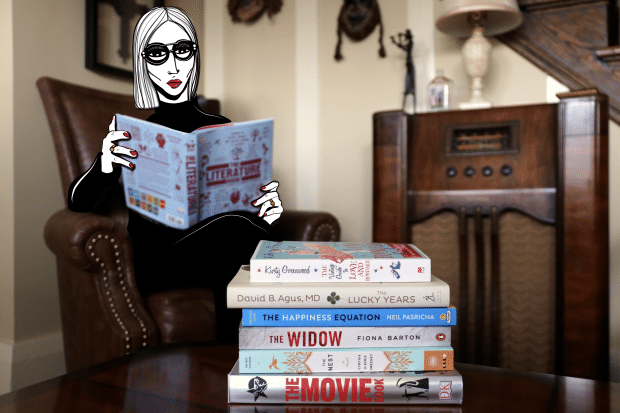 My favorite books often aren’t “literature”. Stephen King is a gifted storyteller, but not much of a wordsmith. John Irving, Jonathan Franzen, Miriam Toews, Ann-Marie MacDonald, Mordecai Richler . . . great storytellers and wonderful writers. Alice Munro is the best short story writer EVER – you don’t have to take my word though; the Nobel literature committee thinks so, too.

I am super excited to be dobbernationLOVES’s new go-to book girl, reviewing my 5 must-reads here the middle of every month. Andrew Dobson, my editor, has given me the green light to share whatever books I fancy with you. Awesome gig. And do let me know what you think of my reco’s – that falls into my third hobby: conversations about books. Up this month: two coffee table books and three very different novels.

Charlotte’s Top 5 Must Reads for March 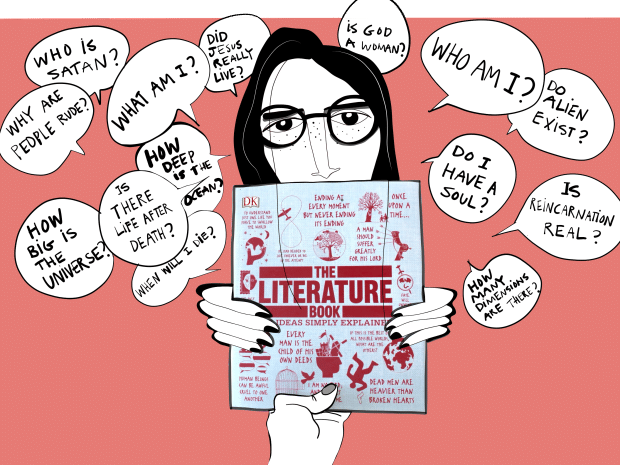 The one book every book lover needs. Seriously. Using sharp infographics, author biographies, quotes, photos, illustrations and more, The Literature Book invites you to snuggle back in your favorite chair and spend an afternoon exploring 100 of the greatest works of Eastern and Western literature from 3000 BC to contemporary novels, and the timeless themes that connect them – love, hate, death, revenge, dysfunction – yikes! – and some love and romance thrown in for balance.

Part of DK’s award-winning Big Ideas series, The Literature Book celebrates the power of story telling to help us understand who we are, where we come from and how we fit into the world around us. 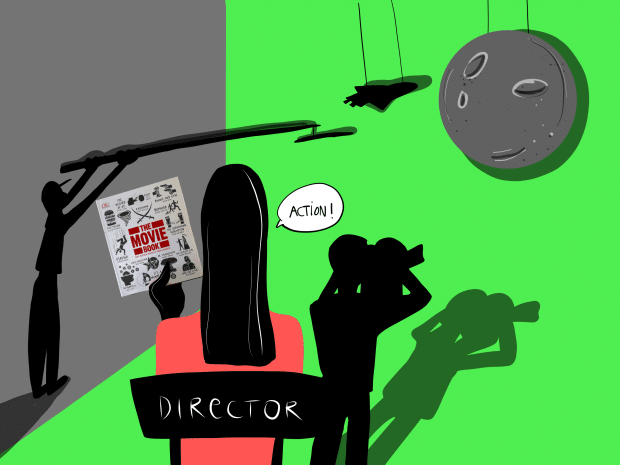 Another entry in DK Publishing’s Big Ideas series. Yay – second hobby covered! The Movie Book does for film what The Literature Book does for the printed word: it explores 100 of the best films from around the world, starting with A Trip to the Moon (1902) and closing with Richard Linklater’s revolutionary coming-of-age story Boyhood. Same engaging infographics, lots of iconic movie stills and contemporary posters, same thoughtful commentary on each film’s broader social context. This is not – I repeat not – the movie equivalent of some tony Best Wines for Oenophiles (a tony name for wine snobs). The authors talk to you like you’re having a conversation with your in-the-know movie buddy. That said “100 best movies” is pretty subjective. So the authors kindly include a bunch of runners-up: The Grapes of Wrath (the 1940 original), Midnight Cowboy, the Cohen brothers Blood Simple (one of my all-time faves), The Grand Budapest Hotel . . . but I gotta ask: how did these movies not make the cut? 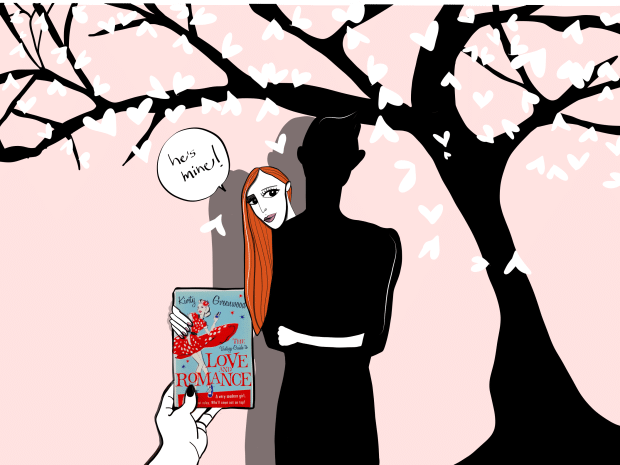 The Vintage Guide to Love and Romance

This one is a smart, funny and highly entertaining romp. OK, it’s classic chick lit with the predictable feisty, go-her-own way heroine who (not really a spoiler alert) gets the delicious I-want-him-right-now boyfriend at the end. But I steeped myself a pot of Chai tea and read it straight through, nodding at the ah-jeeze, moments I, too, have experienced and laughing with – not at – Jessica Beam as she tries to turn around her luckless, jobless, homeless life and finally win the Love Lottery. In a nutshell, thoroughly modern (and way out of control) party girl Jess seeks help from her long-lost grandmother Matilda Beam, whose 1950s Good Woman guides taught a generation of well-mannered, marriage-minded women how to get the job done. Properly. Together, they transform Jess into a refined, vintage lady and well. . you’ll just have to read the book to find out what happens.

Best words of wisdom ever: “A good woman is a little pushy from time to time, dear. Men don’t know what they want or what they need. It is our job to show them. Subtly, of course.” Matilda Beam 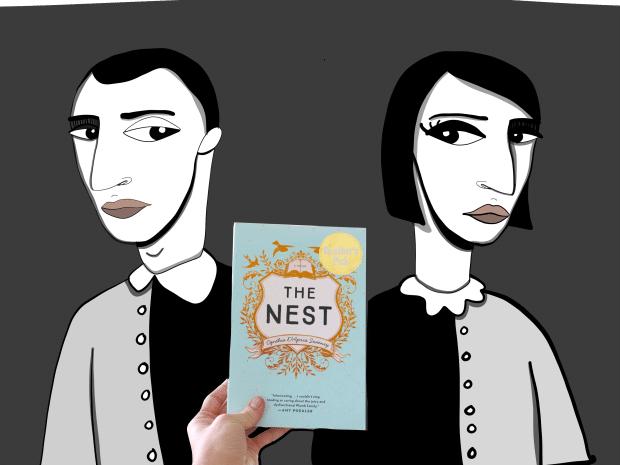 Chapters Indigo “Heather’s Pick”– The Nest is an insightful and compassionate debut novel about four grown up siblings, the inheritance left to them by their dad – the kids call it The Nest – and how The Nest has shaped their lives and their relationship with each other. They aren’t especially greedy kids; they’re simply spending money they don’t have. We’ve all been there, right? No worries – they can claim The Nest in a few short months. Until Leo, the eldest – a charismatic sociopath the other three love and loathe by turns – smashes his Porsche, high on coke and champagne and on the receiving end of a singularly effective hand job. Matilda, the 19-year-old waitress administering to Leo, loses a foot and Mom Plumb, a spectacularly self-absorbed woman (think Jane Asher as the widow in Death at a Funeral, the original version), buys her silence with most the The Nest. For the Plumb kids, the world implodes. What happens next is a deft look at the ties that bind families for better and for worse, the roles thrust upon us as kids that we never outgrow, and how, sometimes, we’re given a second chance to live life on our own terms, not star someone else’s script. 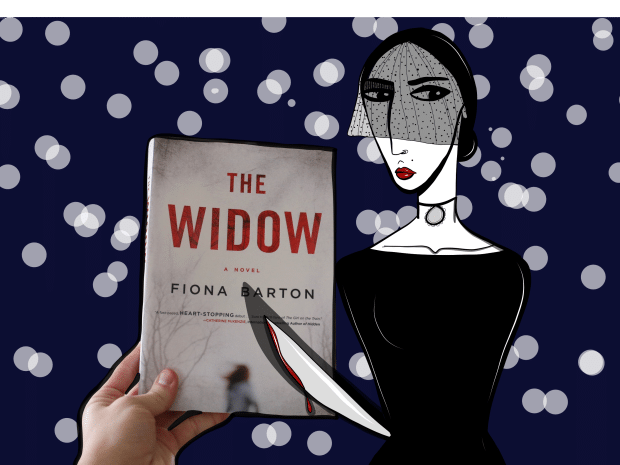 The Widow is a tightly plotted and crisply written thriller – a debut novel that uses the abduction and possible murder of a toddler to explore the secrets couples keep from the world, and each other. Barton is an award-winning journalist and it shows: spare prose, a reporter’s eye for the small details and a keen grasp of how to move a story forward. Jean Taylor, the widow in question, a meek and emotionally abused hairdresser, doesn’t believe her controlling and sometimes downright creepy, albeit handsome and uber-charming husband, Glen, is the child porn junkie/pedophile/child abductor and possibly murderer, the police suspect he is. But as the investigation unfolds, we wonder – just how much does Jean truly know, and is her unquestioning support of her husband’s innocence real, or a coping mechanism because she is simply can’t deal with the awful truth. The man she married, obeyed, slept with and beside was living a double life and her marriage was a lie. Told in chapters from the perspective of Jean, the detective and a reporter on the hunt for an exclusive, The Widow is a psychological thriller that engages from the first page till you close the cover. It will be a movie, I promise. Tilda Swinton as Jean.