So you know the March in-like-a-lion-out-like-a-lamb thing, right?

March this year has been a rollercoaster; as I write this, we’re expecting a snowmageddon in Toronto – lucky for me I don’t live in St. John’s, which really got slammed – and spring officially arrives on March 20 so Mother Nature better be making good on the lamb part.

In the meantime, I’ve been enjoying a basket of books while I wait for the weather to warm up. Here: some of my faves. 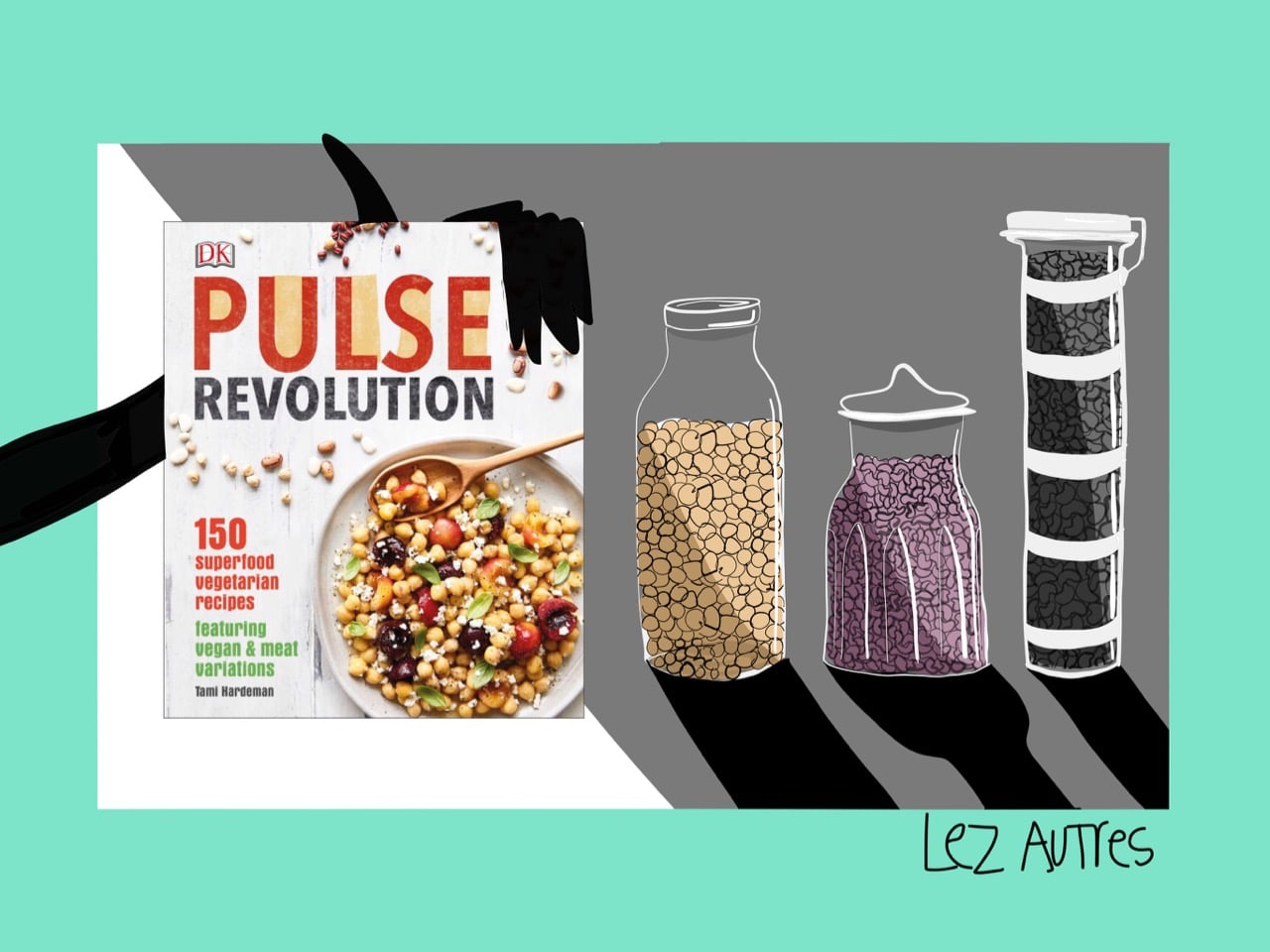 Pulse Revolution (DK Publishing, 2017) serves up 150 super food vegetarian recipes – super food and vegetarian caught my attention but I had no idea about that pulse thing.

Bet you don’t know either so listen up: pulse comes from the Latin word puls, meaning porridge or thick soup. They’re dried, edible seeds of a legume plant – in unscientific terms, beans, lentils, peas and chickpeas. Oh. And wait. Each of those pulses has tons of varieties – take “beans” and think black, speckled, cannellini, fava, lima . . . you get the idea.

Good for you doesn’t score with me if the food tastes bleck though, so are these dishes tasty?

Yup – from breakfast to desserts – pulses are yummy. I suspect you have already sampled pulses in egg dishes, casseroles curries, salads and side dishes so I really need to talk to you about desserts. Seriously.

Strawberry and lentil crisp. Check. White bean crepes with apricot sauce. Check. Adzuki bean chocolate pudding – I need to pause here for a moment while I lick my spoon.

The recipes in this compendium are healthy AND delicious – not a contradiction in terms. 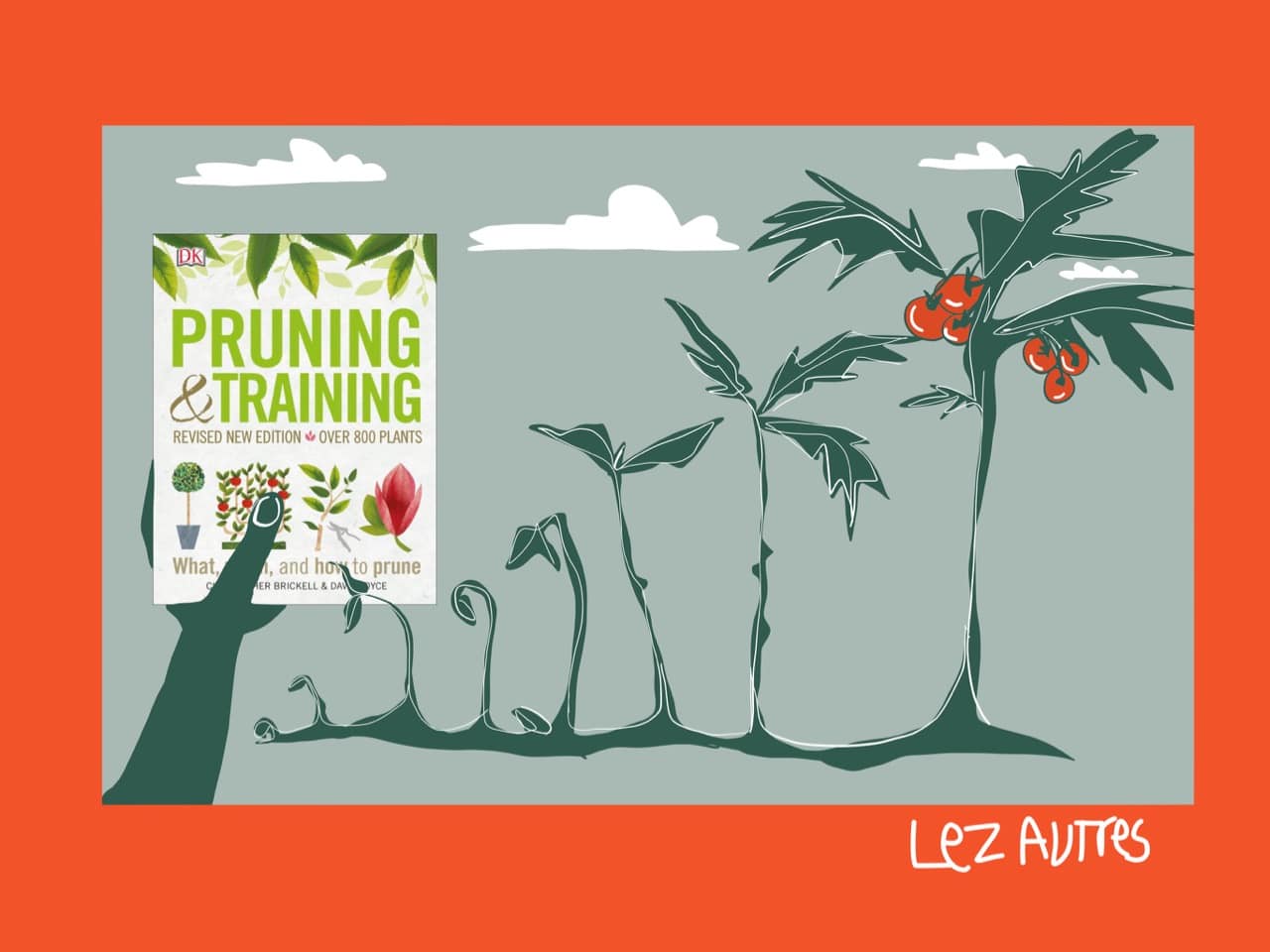 If you have a garden, you need Pruning & Training (DK Publishing, 2017). This is like having your dad looking over your shoulder without the annoying Father Knows Best commentary.

Pruning and Training showcases more than 800 plants from ornamental trees like magnolias to shrubs, grasses, vines and more and offers easy-to-follow step-by-step instructions to prune and train them to perfection.

As with all DK’s awesome library of how-to books, Pruning and Training uses a practical A-to-Z approach; content is organized by plant type and in case you’re a visual learner, annotated illustrations make it easy peasy to become a competent plant surgeon.

Now in case you’re muttering about how you don’t have a garden, check out the planter shrubs – balcony perfect. I especially like the flowering ones like the baby Chrysanthemums; Pruning and Training shows you how to build plant cages (that’s a technical horticultural term) and trim and prune them into really beautiful shapes.

So don’t be tight – buy two and give one to mom or dad for Parent’s Day. 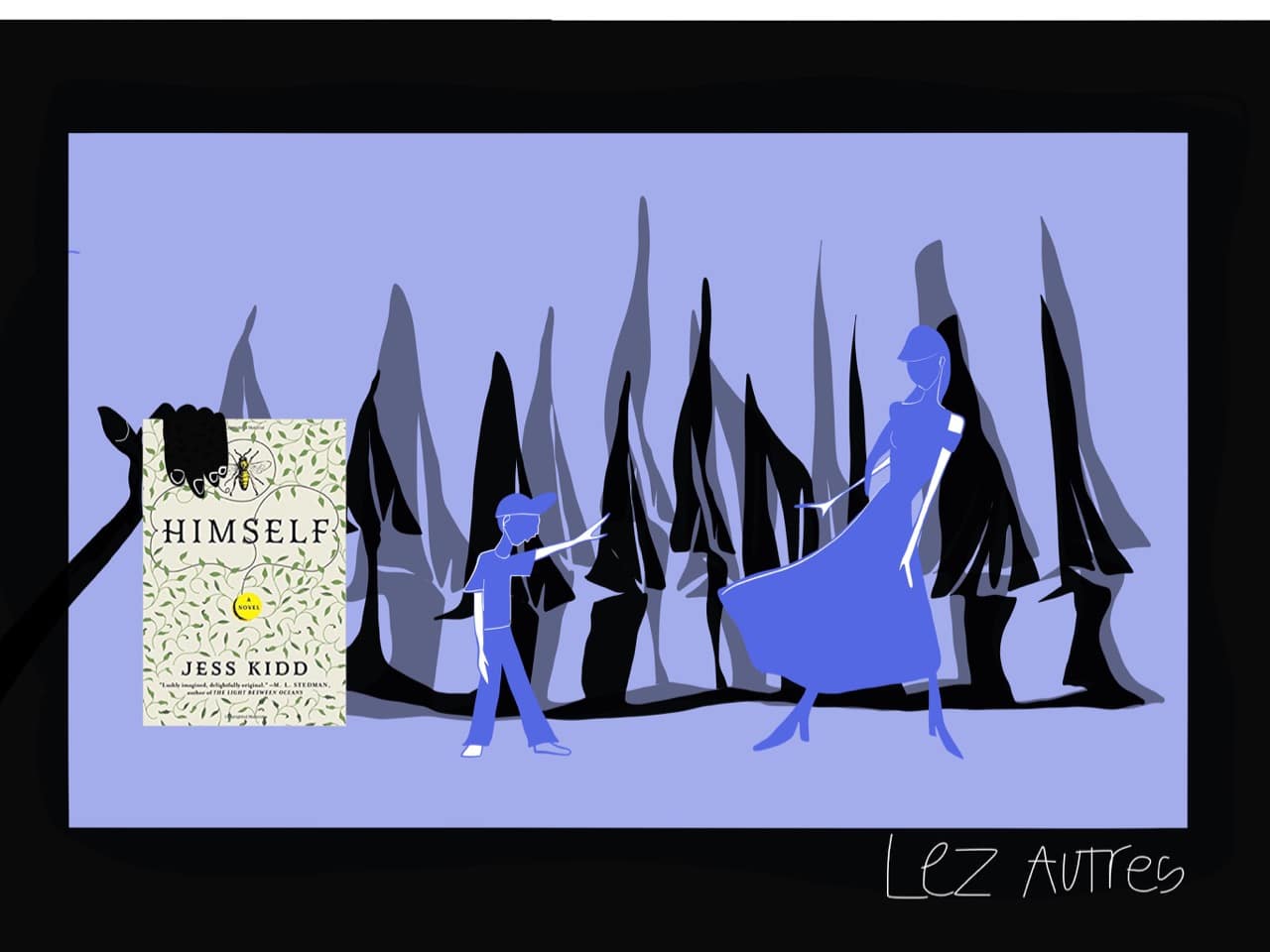 Twenty-six-year-old Mahoney arrives in Mulderrig on Ireland’s West Coast, brooding and bent on discovering why his teenage mother, “the curse of the town” abandoned him as a baby at an orphanage in Belfast. Did Orla leave the village with Mahoney in her arms as the town maintains? Or was she murdered?

Teaming up with Mrs. Cauley, an aging and eccentric British actress who’s happiest when she sets Mulderrig’s residents – especially the weasley priest – spinning like tops, , they set out like Mulder and Scully to discover the truth.

At its most basic, Himself is a mash up of genres – murder mystery (with some downright dark and creepy passages), fantasy novel and often, a comedic tale, too. Mahoney sees sad, departed souls wandering around town, “because the dead are drawn to the confused and unwritten, the damaged and the fractured, to those with big gaps and cracks in their tales”. The forest outside of town is enchanted – the ferns and tree roots and ivy and moles conspire to hide a baby from the man determined to murder him.

Mulderrig is a modern-day Irish Brigadoon, real but, well, not quite of this world.

Kidd has an astonishing imagination, and a wicked way with words I don’t often encounter from a first-time novelist. Himself is a lush and richly-crafted story that reminded me of the power of a well-told tale to transport me to another place and time and make me believe every single word. 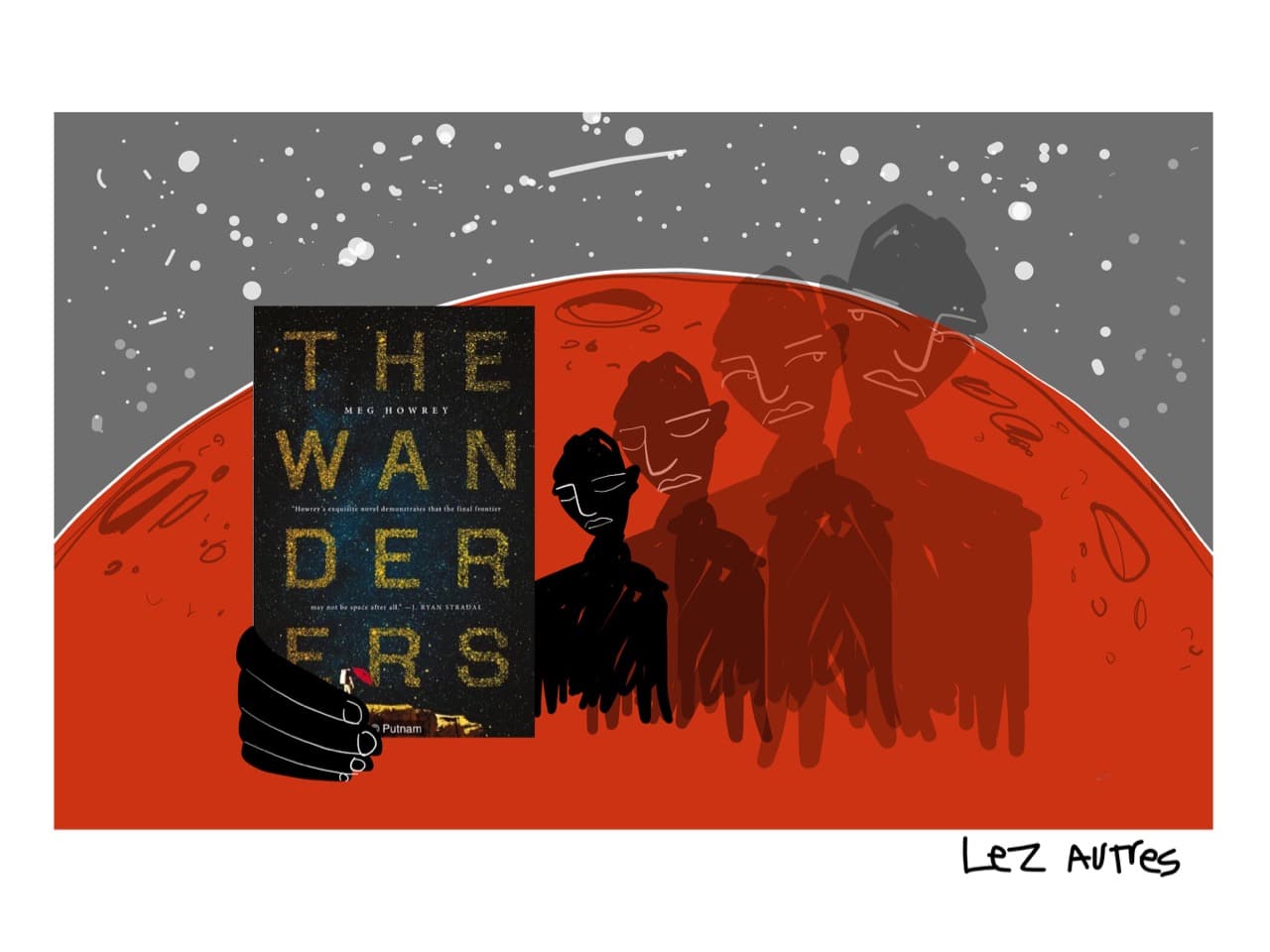 Helen Kane, Sergei Kuznetsov and Yoshihiro Tanaka are experienced astronauts tapped by Prime Space Systems Laboratory to undertake a mission to Mars. First though, they have to spend 17 months in the Utah desert in a brutal and isolating simulation of the space trek ahead.

Howrey’s story is told by seven narrators: the astronauts of course, but also Helen’s actress daughter, Sergei’s teenage son, Yoshi’s wife, and a Prime Space employee responsible for recording how the team deals with their extreme circumstances.

Ostensibly, The Wanderers is a space drama but really, it’s a powerful exploration of the question personkind asked since forever: Who Am I? And when the physical and emotional pressures begin to impact the relationships the crew has with each other and with the people they have left behind, when the line blurs between what’s real and what’s imagined, each of the astronauts begins to answer that question with truth and honesty and an insight that comes from peering into their own hearts, not someone else’s.

I confess, The Wanderers is not an easy read. It is not a pick up/put down snack-y sort of story. And if you’re looking for a reboot of The Martian, as the promo suggests, I think you’ll be disappointed. But stick with it and this tightly crafted exploration of what it means to be human will stay with you long after you have turned the last page. 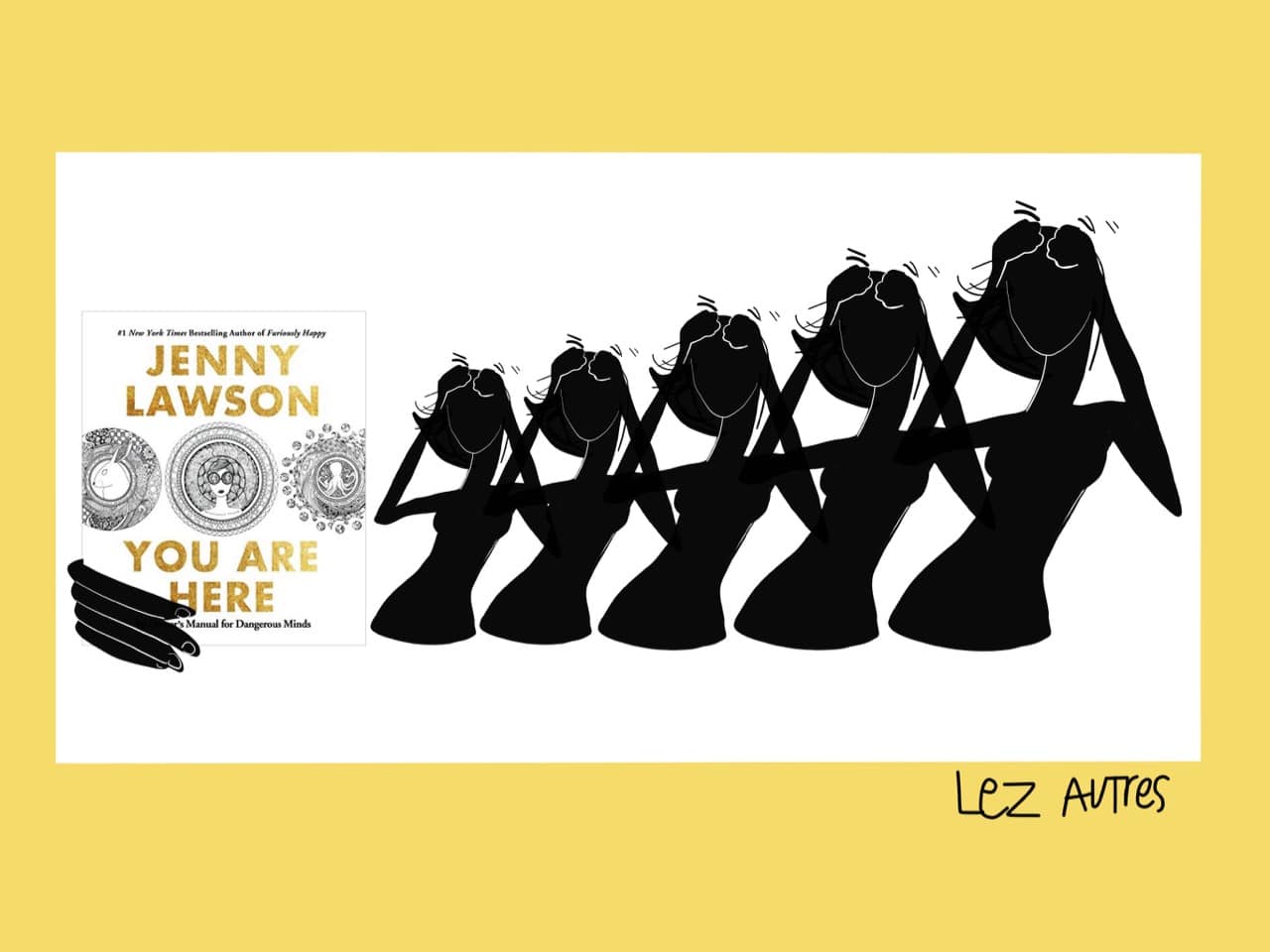 You Are Here: An Owners Manual for Dangerous Minds

Jenny Lawson – AKA Bloggess – is a laugh-out-loud humour writer known for talking forthrightly about her struggle with depression and mental illness.

Lawson doodles when she’s anxious – she’s used drawing as a coping mechanism since she was a kid. So You Are Here is part humour, part affirmation posters (the illustrations are on perforated pages), part self-help, part colouring book – and one hundred percent engaging.

Some of her poster prompts are a little too trite for me – “Sometimes people come into your life to teach you not to become them” – but her intricate illustrations are remarkable and her advice is sharp, funny and always on point.

“If you’re not certain if you’re dealing with a demon, sprinkle a circle of salt around it as a barrier. It’s possible that it isn’t a demon and it’s just an asshole, but either way they’ll probably leave. People hate it when you keep aggressively salting them.”

There’s some quirky but certain logic there, dontcha think?