Charlotte’s Must Reads is a monthly column powered by DK Publishing and Chapters Indigo.

This year I am blissfully nuptial-free so my five favourite books this month feature summer loves of other sorts. Beer. BBQ. Star Trek – and more. Not a wedding manual in sight! 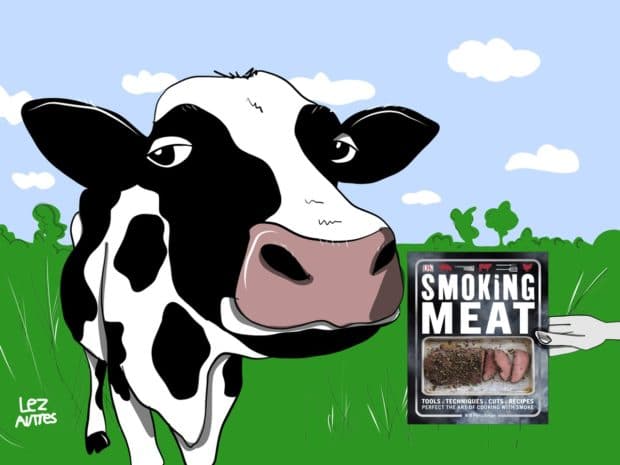 So where there is beer, there must be BBQ, right?

Smoking Meat by Will Fleischman, named one of America’s top 10 pitmasters (that’s dope barbecue expert to the uninitiated) by Southern Living magazine, is not 101 Best BBQ Recipes Ever. It is a your ultimate guide to the art of cooking with smoke. This isn’t like plain old barbecuing. The artistry and technique of smoking meats is a marriage of patience and skill that calls for low temperatures, long cook times and total control of the fire. Manly stuff.

Don’t be daunted though. Smoking Meat walks you through the science of smoking, how to choose a smoker (including how to smoker-fy your standard-issue gas BBQ), how to smoke safely and successfully, best cuts of meat to smoke and cuts to steer clear of and then – 50-plus drool-worthy recipes for classic BBQ like spare ribs and pork belly (OK, not so sure about that one), chicken wings and salmon, to more exotic but equally yummy-sounding fare like venison tenderloin and wild boar ribs. Where you would buy those wild boar ribs is up to you and Google.

Great gift for your main man, seems to me – he cooks, you eat, it’s a win win. 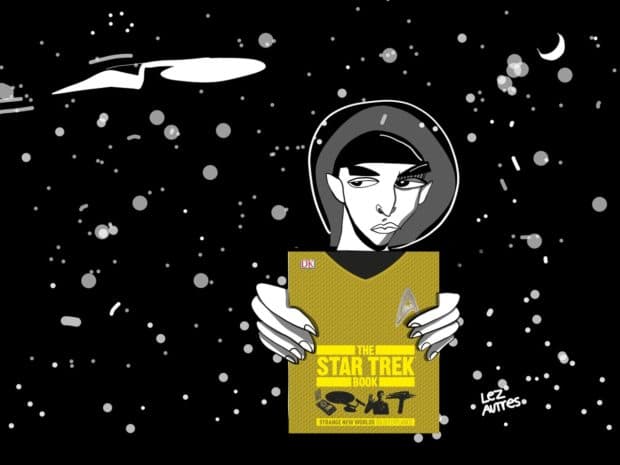 So what is it with Star Trek, anyway? One of the most successful science fiction franchises since, like, forever, it launched as a sorta low-rent TV series in the mid-60s, and 50 years later (that’s half a century you know, right?) has evolved into a mega media machine including live-action television series, movies, an animated series, video games, comics, novels . . . and believe it or not, personalized William Shatner birthday e-cards (I’m not making that up).

DK’s The Star Trek Book is a lush and beautifully crafted exploration of all things Star Trek: every era of the Star Trek movies and TV series is covered in detail, featuring everything from visionary technology – think communicators and warp drive – to seminal spacecraft such as the Starship Enterprise; from alien species like Vulcans and Klingons, to iconic characters such as Captain Kirk and Spock.

But here’s the thing: The Star Trek Book cleverly captures the franchise’s subtext, a story of how four species – a Human, a Tellarite, a Vulcan and an Andorian – set aside their differences, find similarities and shared values, and forge an alliance that invites each of them to experience realities beyond their own. 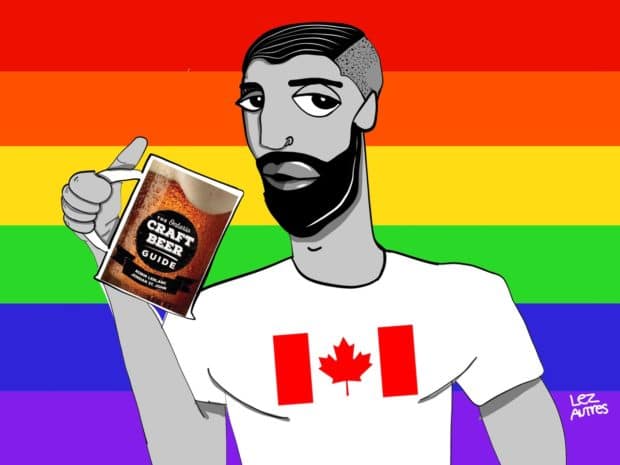 The Ontario Craft Beer Guide is really a travelogue, inviting you to explore the best craft beers in the province from Sudbury to Windsor, Ottawa to Kingston and a bunch of other cities and small towns in between. A celebration of more than 200 breweries, the Guide groups them by region, and in some parts of the province, you could spend a thirst-quenching afternoon wandering from brewery to brewery and tasting samples, with beer sommeliers at hand to answer your questions and even make food and beer pairing recommendations.

If you’re a craft beer newbie, authors Jordan St, John and Robin LeBlanc serve up stories of some of Ontario’s most notable breweries plus their ratings of each brewery’s top offerings – nearly 1000 in all – and both are recognized suds experts so you can pretty much take them at their word.

St. John’s and LeBlanc’s top Ontario craft brewery? Side Launch Brewing Company in Collingwood – a nice little day jaunt from Toronto. Its Dark Lager, with a 4.5 rating out of 5, is a great choice for BBQ.

My fave brewery based simply on their clever beer names? Manantler Craft Brewing Company in Bowmanville: how ‘bout a frosty glass of Roberta Blondar? No? Well, maybe a Liquid Swords? Or a 4.5-rated Seismic Narwhal? 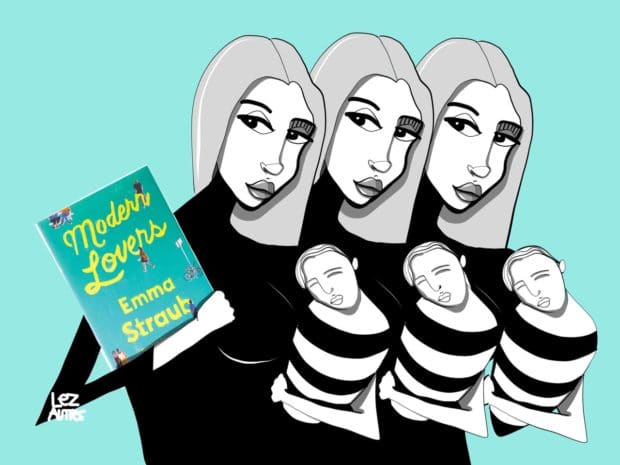 New York Times best-selling author Emma Straub hits it out of the park (OK it’s summer; a baseball analogy seems appropriate) with Modern Lovers, a smartly written contemporary tale of friends, lovers and family, wrapped in the pain and joy of rediscovering the kid inside our grown up selves shouting, “Hey. Remember me?”

Friends and former band members Elizabeth, Andrew and Zoe, now nearing 50, live cheek by jowl in a gentrified Brooklyn neighbourhood. Elizabeth and Andrew have a son, Harry. Zoe and her partner Jane have a daughter, Ruby. Back in the day, the band, Kitty’s Moustache, enjoyed a moderately successful but short-lived run. Lydia, the fourth member, launched an uber successful solo career, mostly thanks to a song Elizabeth wrote called Mistress of Myself – and when she joined The 27 Club her rep went platinum.

When Hollywood comes calling – they’re planning an epic biopic of Lydia – Elizabeth, Andrew and Zoe come hard up against the angst of who they were and who they are and the dreams they left on the table in return for growing up. Adding to the mid-life crisis: their kids are exploring their sexuality – together. Straub creates fully fleshed characters, people we know – heck, people we may well be – and with wit, charm and style reminds us that coming of age isn’t just a teenage term. 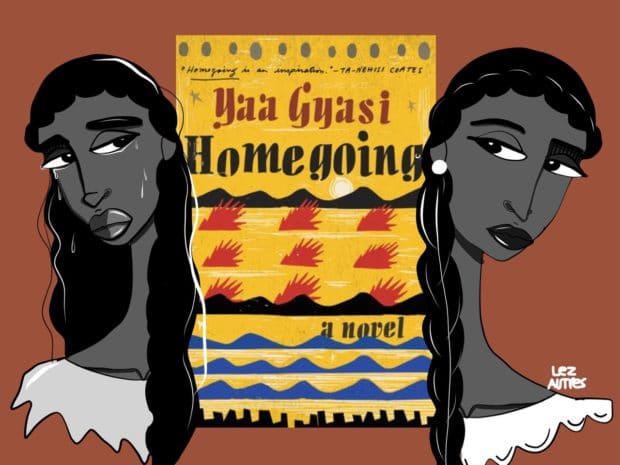 A homegoing (or home-going) service is an African-American Christian funeral tradition marking the going home of the deceased to the Lord or to heaven. It’s thought that when the first slaves arrived in America, they believed death meant their soul would return home to their native Africa.

Yaa Gyasi’s astonishing debut novel Homegoing opens in the mid-1700s in what is now Ghana and follows the descendants of two half-sisters, unknown to each other, across three centuries of African and American history.

Effia is married off to the Governor of Cape Coast Castle, a large commercial fort used to hold slaves until they are loaded onto ships and sold in the Americas. She is treated well, and although banished from her village, lives in relative comfort. Her half-sister Esi is imprisoned beneath her in the Castle’s slave-holding dungeons and shipped to America.

One thread of this sweeping story follows Effia’s line through 300 years of warfare between the Fante and Asante nations, set against the backdrop of British colonization. The other thread traces Esi’s line in America from the slave plantations to present-day Harlem.

I have visited Cape Coast Castle. I stood in the dungeon where women like Esi were stacked – literally – for months, frightened, starved and awash in their own fecal matter. I walked the underground path to the ship that would have taken her away. I cried.

Homegoing is a story of love, hate, pain, sorrow and our stunning ability to deny the humanity of “the other” – to see ourselves reflected in their human wants and needs. But it is also a celebration of strength, courage, hope, and our equally stunning ability to learn from our past and live for our future.