Sushi has come a long way from its origins as a way to preserve fish. In fact, sushi masters, especially those in the U.S., are creating innovative new sushi styles using Western techniques and ingredients – think sushi burrito – that purists may wrinkle their noses at but plain old sushi lovers like me think are a downright tasty culinary evolution.

And since I bet you’re in the plain old sushi lover camp, I wanted to share Sushi: Taste and Technique (DK Publishing, 2017), a new book that serves up uber simple step-by-step instructions for making sushi at home. OK, I’m not sayin’ it’s a short cut to sushi master status but you can learn to make your fave snack – or meal, for that matter – that smacks down sushi takeout from Loblaw’s.

Sushi starts with a history lesson – WAY back (as early as 500 B.C.) meat, fish and vegetables were salted and packed into wooden presses with cooked rice and left to ferment naturally. When rice vinegar was introduced in the 17th century, it was used to ferment the rice and that meant fresh sushi could be made in a couple of hours instead of a couple of months.

The sushi dos and don’ts chapter offers tips on structuring your meal, chopstick etiquette and the correct way to use soy sauce – dip, don’t drown – wasabi and pickled ginger.

Add chapters on what to drink – Champagne is a good sushi pairing, who knew? – how to set up and sushi-stock your kitchen then bam – you’re ready to get rolling with tons of recipes complete with page-licking food photography and close-up how to’s

If classic hand rolled sushi seems a little intimidating, check out the chapter on scattered sushi – a bowl brimming with rice and vegetables, fish, meat . . . pretty much whatever you have in the fridge. My go-to? Crab, chili and lime scattered sushi bowl – seriously delish! 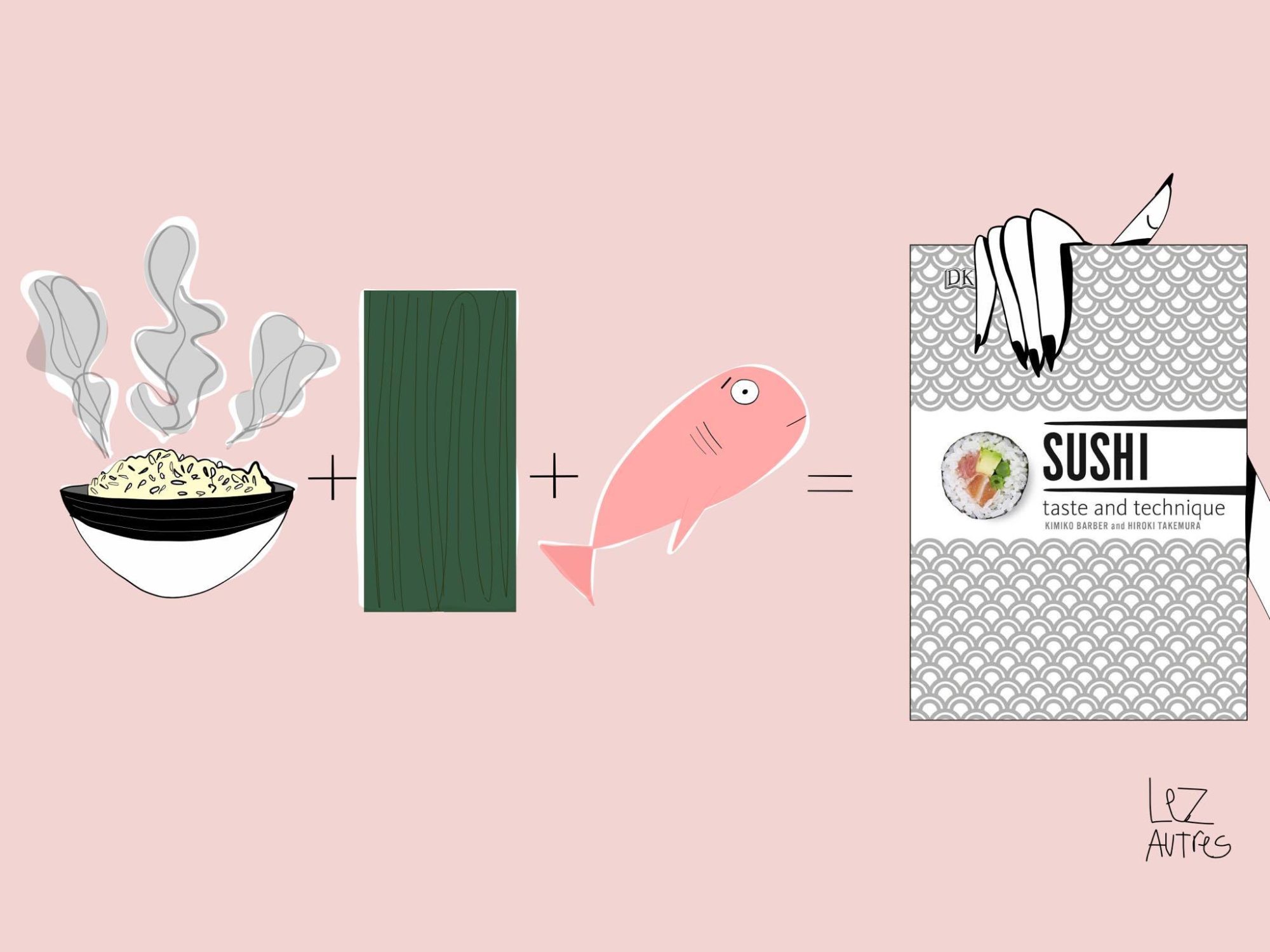 This Book Is About You

Teenage girls are complicated, right? Think your sister, your cousin, your friend’s sister, that squealy girl in the condo next door . . . moody, annoying, self absorbed and pretty much eye-rolling. Truth is, teen girls are struggling to figure out who they really are, as opposed to who they think they need to be to join the cool crowd at school, or please their parents or get noticed by that awesome guy in English class.

Here is my advice: do her – and yourself – a favour and give her a copy of This Book is About You (DK Publishing, 2017), an engaging workbook designed to empower young teens to explore their personalities, uncover their strengths, discover their true selves – and start down the road to becoming the women they are meant to be.

This Book offers creative activities, quizzes, questionnaires, thought experiments and writing and drawing prompts, to encourage the teen to dig into her past, consider her present and map her future. On her own terms.

Although This Book is intended for teen girls, it offers some nifty adult learning, too. I took some of the quizzes – the memory one, where you look at a picture for a few seconds then cover it up and reproduce it, is a killer. And there are a number of problem solving/creative thinking exercises worth taking to your next team meeting. Seriously. So have a browse before you tie it with ribbon and tuck it into the backpack of your favourite teen. 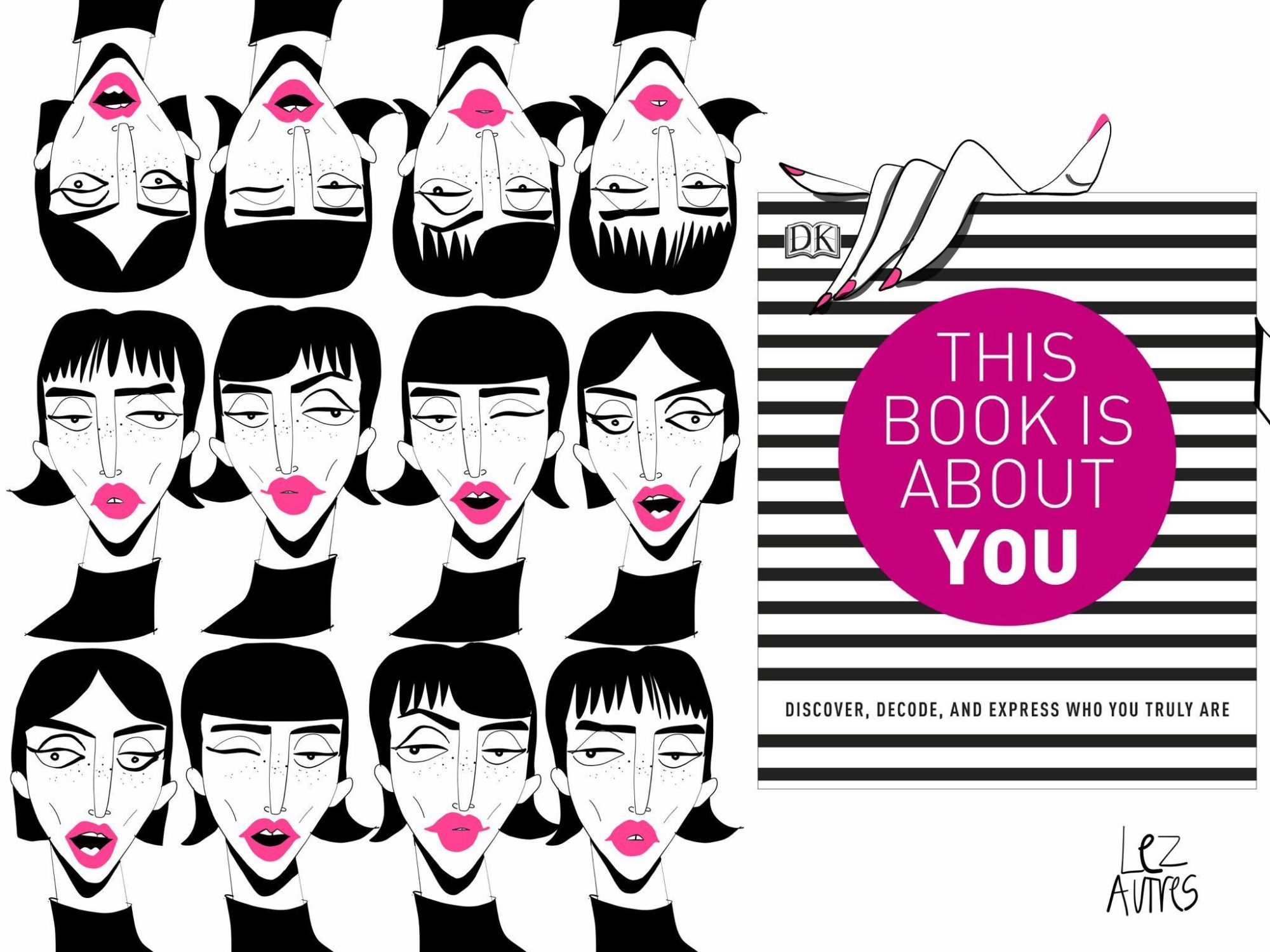 The Lying Game, Ruth Ware’s new novel – she wrote the runaway best seller The Woman in Cabin 10 – is just what you hoped it would be: a taut, fast-paced can’t-put-down psychological thriller that grabs you by the throat from the first page.

Four women – Isa (the narrator), Kate, Fatima, and Thea – have been friends since they met years ago at boarding school. Back then, they were a closed little clique who spent their free time at Tide Mill, Kate’s tumbledown house, under the eye of Ambrose, her easy-going, substance-using dad who also happened to be the school’s art teacher, and her way hot half brother Luc.

Here, the girls perfected their favourite pastime – The Lying Game: telling random untruths to teachers, students, townspeople . . . and earning points for how convincingly the story is swallowed.

When Kate, who still lives at Tide Mill, texts three simple words – I Need You – the friends arrive to learn that bones have been unearthed in the marshland not far from Tide Mill and the lie they told decades earlier is about to see the light.

What happens next tests the women’s friendship at its very oundation. Have they been lying to each other? Or is one woman’s lie, another woman’s truth?

The Lying Game is a top tier read, and invites enough questions to make it an awesome book club selection. 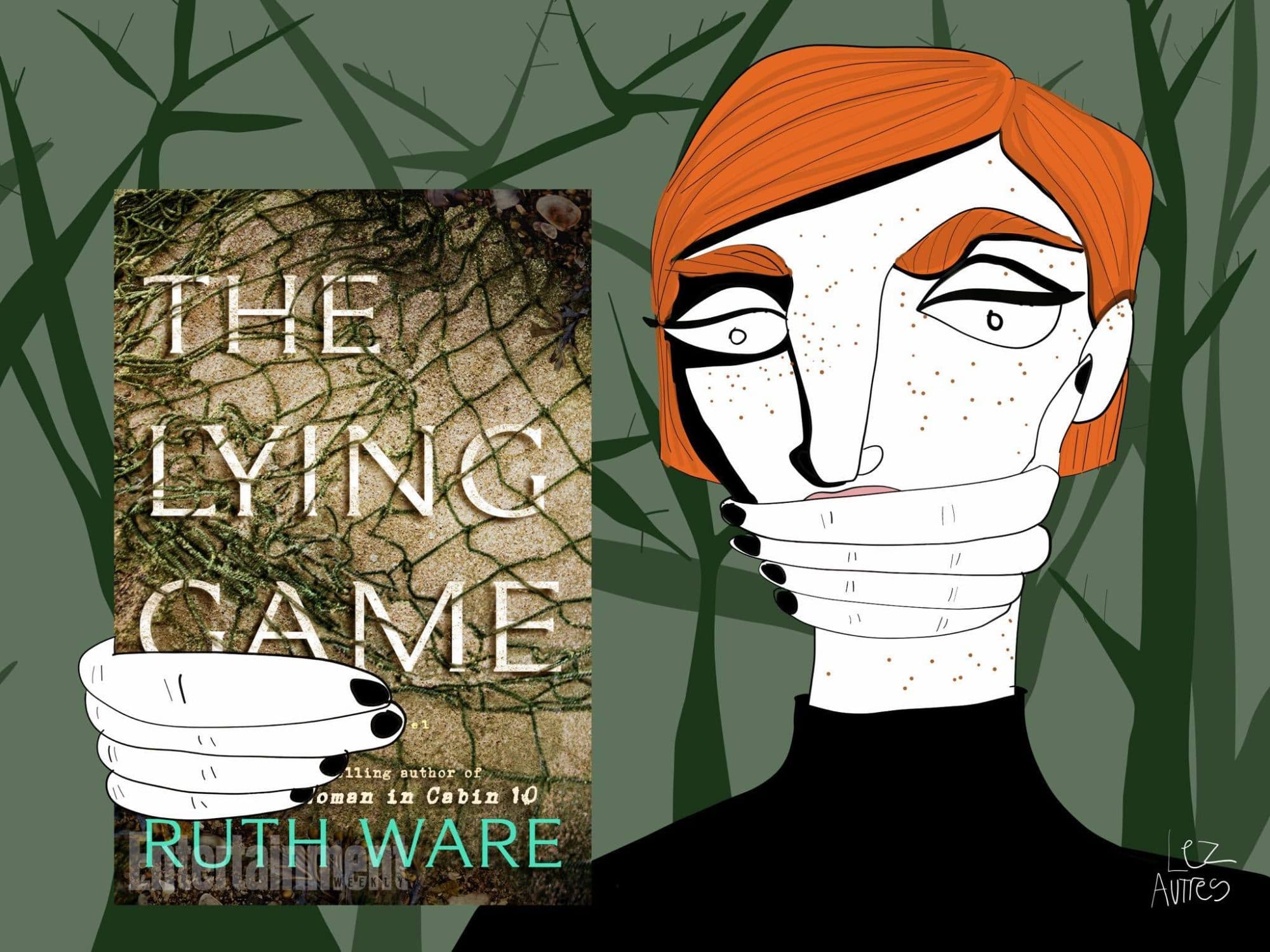 Hunger: A Memoir of (My) Body

Roxane Gay is a best selling author, professor, editor and commentator. She is also, by her own admission, fat – at her heaviest she weighed 577 pounds.

When Gay was 12 years old, she was gang raped. And so she began to eat and eat and eat “in the hopes that if I made myself big, my body would be safe.”

Hunger: A Memoir of (My) Body is Gay’s intimate account of living in a “wildly undisciplined” body, without apology. Hunger is not a diet book, although Gay shares her attempts to get her weight under control. It’s not a story about surviving rape, either, although if she hadn’t been raped, she might not be fat.

Instead, Hunger is a heart-wrenching story of what it means to be fat, really, really fat, not Amy Schumer chubby, in a world that values thinness – especially in women – and passes moral judgement on anyone outsized, as if they are lazy, self-indulgent, weak-willed losers who just need to exercise portion control and go to the gym.

Gay writes with so much power about how the bigger you are, the less you are seen. Buying two seats when she flies to speaking engagements and having the passenger sitting next to her empty, paid-for seat assume they can spill over into it themselves. Approaching a conference presentation stage only to realize she needed to make a three-metre leap and couldn’t do it. Checking out restaurant seats before making a reservation in case the chairs are those small, narrow ones with arms – she can’t squeeze herself into them, or if she can, it puts so much pressure on her body she is painfully bruised for days.

We all should be ashamed. 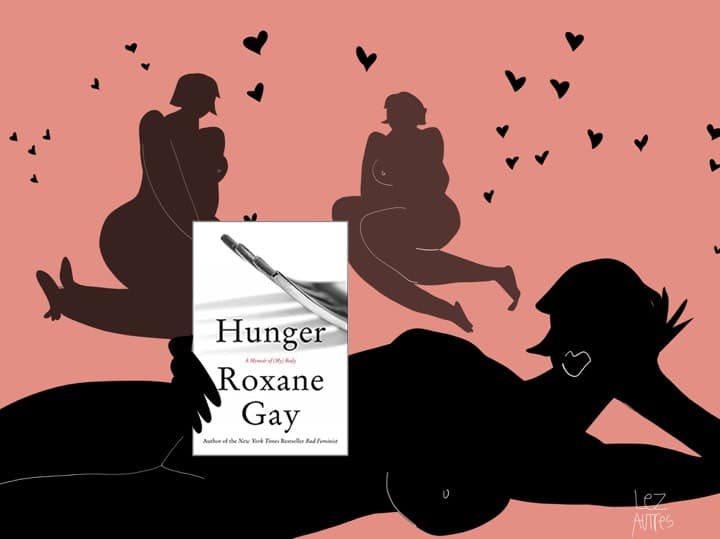 The Party, Robyn Harding’s latest, tells the story of how an old-school Sweet 16 party (do we even call it that any more?) – a sleepover for four friends complete with pizza, movies and birthday cake – goes predictably off-script – alcohol, drugs, snuck-in boys – and when someone loses an eye (literally) the lives of a San Francisco family of privilege are changed forever.

The Party opens the drapes on what the world presumed was a picture-perfect family, exposing the secrets parents and kids keep from each other as they attempt to live The Dream – and what happens when that life becomes a nightmare. 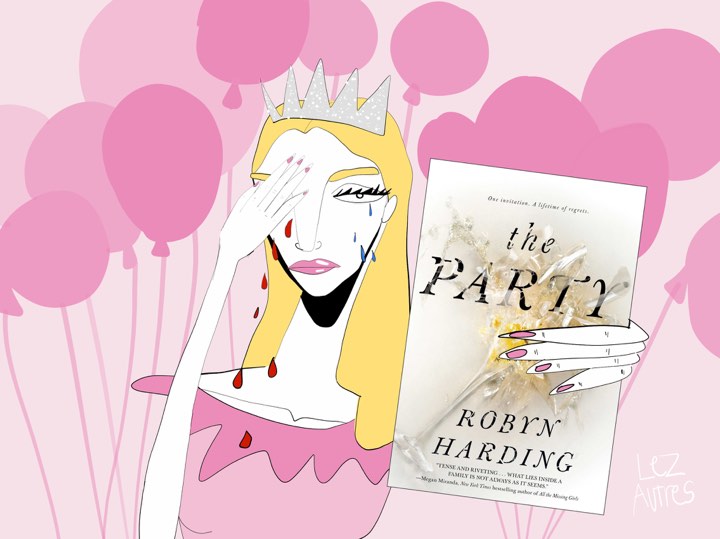