How To Not Kill Your Houseplant

Greenery can transform any room from so so to spectacular. But here’s the rub: I’m a plant mass murderer. Even stuff described as “hardy” perishes at my hands. In fact, I once inherited a Christmas Cactus that had been in the family for decades – six months with me – yup – it expired.

So I was pretty excited when I got a copy of How Not to Kill Your Houseplant: Survival Tips for the Horticulturally Challenged (DK Publishing, 2017), sounds way less judgey than plant killer, am I right?

How Not To Kill Your Houseplant starts with the basics: how to buy your best-ever plant (tip: shop in spring or summer because the milder weather means it won’t go into shock with a sudden change in temperature); how to repot your plant and where in your home it should live; how and when to water your plant so you don’t parch or waterlog it; how to feed and love it (you don’t have to read it poetry but you do have to spend some time with it each week to make sure it’s healthy and happy); how to repot it because it’s going to grow thanks to all your lovin; and finally how to deal with bugs (this was not an easy chapter to read on an empty stomach) and diseases (mostly mold, mildew and rot – yuck).

Beautifully illustrated with info graphics and photographs and the uber useful How Not to Kill It sidebars, How Not To Kill Your Houseplant gives you all the stuff you need to know to keep 119 plants alive and well, and even suggests the top five plants for your bathroom, living room and low-light areas (apparently the aptly named Peace Lily doesn’t mind low light levels and will also forgive erratic watering).

How Not To Kill Your Houseplant makes a great housewarming gift and I’m pretty sure green thumbers and plant perps alike will thank you very much. Sincerely. 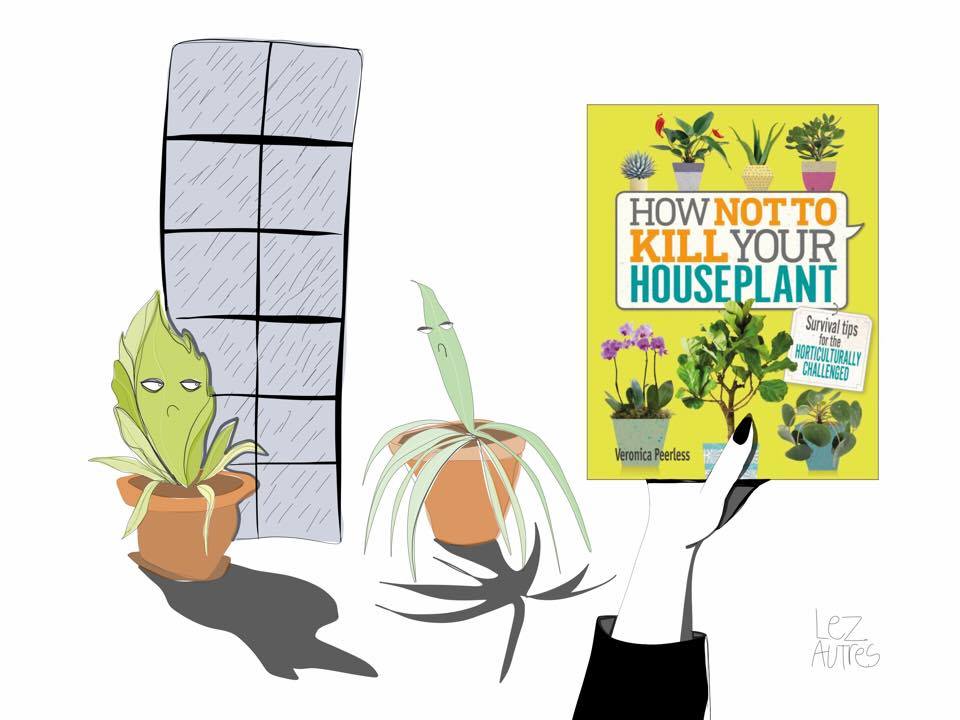 The Arts: A Visual Encyclopedia

DKs Visual Encyclopedia series, including some of my faves – Ocean, Human Body and Animals – are stunning and comprehensive guides that are pretty awesome. The Arts is the series’ new sibling and it’s every bit as compelling as the rest of the family.

Designed to introduce kids to the world’s outstanding cultural achievements in painting, sculpture, photography, music and dance, The Arts: A Visual Encyclopedia (DK Publishing, 2017) pretty much an all-ages book for anyone who wants to learn what these disciplines say about creativity and the human spirit.

Like all the Visual Encyclopedias, The Arts offers jaw-dropping photography, who-knew facts, and clear explanations without the too-often arts babble that cultural snobs use to make the rest of us feel . . well . . kinda uncultured.

The photography section is my favourite. And PS: photography is the hottest collectible according to Sotheby’s Auctions, so pay attention.

Photography as we know it was invented in the 1820s, so it’s a relatively new art form. In the beginning, cameras used light-sensitive chemicals to “fix” an image on a metal or glass plate. French inventor Joseph Nicephore Niepce created the earliest know fixed photograph – the exposure lasted eight hours – yikes!

While landscapes and classic portraiture – think Ansel Adams and Annie Leibovitz – have the power to grab us by the throat, photojournalism – moments in time – can make me weep. I am not kidding you. They show us both the best and the worst of what it means to be human.

The shot of Usain Bolt, for example, during the 2010 Olympic Games when he realizes that he has beaten his rivals in the 100-metre semi-final sprint. Or the image of Syrian refugee little Alan Kurdi washed ashore and lying face down in the surf.

The music chapter is pretty engaging, too. Did you know that Stone Age hunter-gathers are believed to have made music from logs and animal bones? Me neither. China can trace its musical history back 3000 more than years; according to legend, music was invented by one Ling Lun in an effort to bring order to the natural world.

The Arts is intended for kids, but honestly? I spent a rainy afternoon engrossed in this beautiful book and it was, as PBS used to say, time well spent. 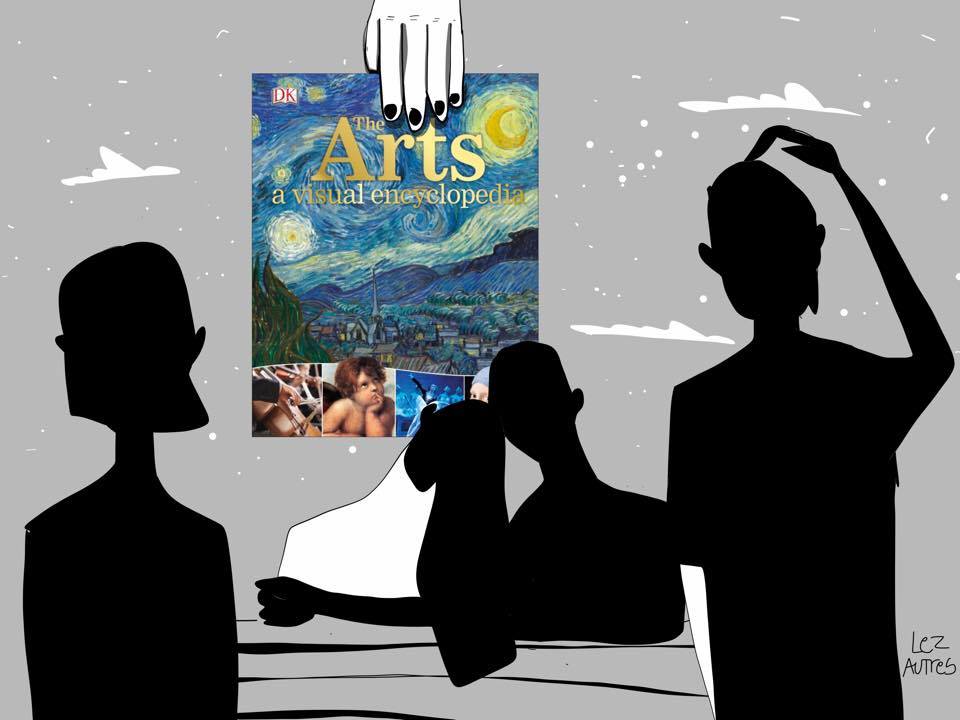 The History of Bees

Norwegian author and screenwriter Maja Lunde’s The History of Bees is an ambitious first novel, the first debut to win the prestigious Norwegian Booksellers’ Prize. But it’s not an easy read. According to the Global Research Centre for Research on Globalization, the biggest danger facing us is the loss of the global honeybee population.

As Albert Einstein once remarked, “Mankind will not survive the honeybees’ disappearance for more than five years.” And that, my friends, is the crux of The History of Bees.

In 2007, Ohio beekeeper George tries desperately to convince his son to carry on the family business, assuming there is one: the bees are dying and no one can figure out why.

In 2098, Tao, a young mother in China works as a hand pollinator – the bees have long since disappeared, and while hand pollinating produces some fruits and vegetables, they are pretty tasteless.

When Tao and her husband Kuan take five-year-old Wei-Wen on an outing to celebrate their twice-yearly Day of Rest, the boy gets mysteriously injured and is promptly taken away by the authorities to no one knows where.

Tao’s relentless search for her son and what she discovers ties the three tales together but I’m not telling you what happens so don’t ask.

The History of Bees is a cautionary tale, but also a hopeful one. Assuming humankind gets it together pretty soon. 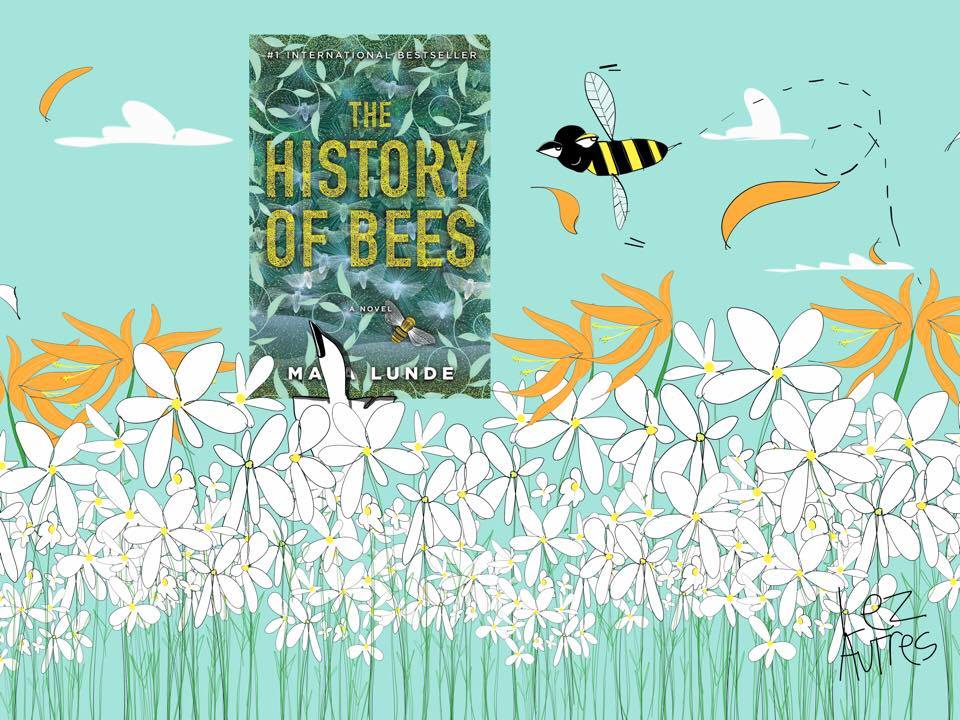 OK, I confess, I am not a memoir reader – few people’s real lives are mesmerizing enough to hold my attention for long. The Glass Castle is an astonishing exception.

Jeannette Walls’ story of growing up in an over-the-top dysfunctional family of wanderers isn’t new – it was published in 2005 and spent more than seven years on the New York Times bestseller list. But it has just been released as a major movie starring Brie Larson as Walls so I figured I should read the book before seeing the film.

Walls’ dad, Rex, is smart, charismatic, funny, articulate – and a drunk. More often than not, a fall-down, pass out and pee-yourself drunk. Rose Mary, her mom, is a free spirit – a painter, writer and “excitement addict” who thinks rules inhibit learning and that Walls and her three siblings should pretty much raise themselves. Example: when Walls was three, her mom was absorbed in a painting and Walls was standing on a chair boiling hotdogs in the kitchen of a trailer in some dusty, long-forgotten desert town. Her pink dress caught fire and she was so badly burned she required skin grafts and spent six weeks in hospital.

Walls and her family moved from one hardscrabble town to another across the southern US, often packing up and leaving in the middle of the night. There was seldom food in the fridge – when the place they were staying actually had a fridge – and the kids often went hungry for days, Dumpster-diving for scraps or rooting through the garbage at school (when they went to school) for other kids’ cast-off lunches.

But here’s the thing: despite an upbringing that makes those wince-worthy stories of Appalachian poverty and neglect seem not all that bad, the kids turned out OK. Walls graduated from exclusive Barnard College and became a journalist and writer. None of the kids played the blame/shame game. They had a fierce and unshakable love for their parents and each other – someone always had your back in the Walls’ household – and this frank, open and unemotional memoir speaks to resilience, redemption, forgiveness and the power of family, regardless of dysfunction. 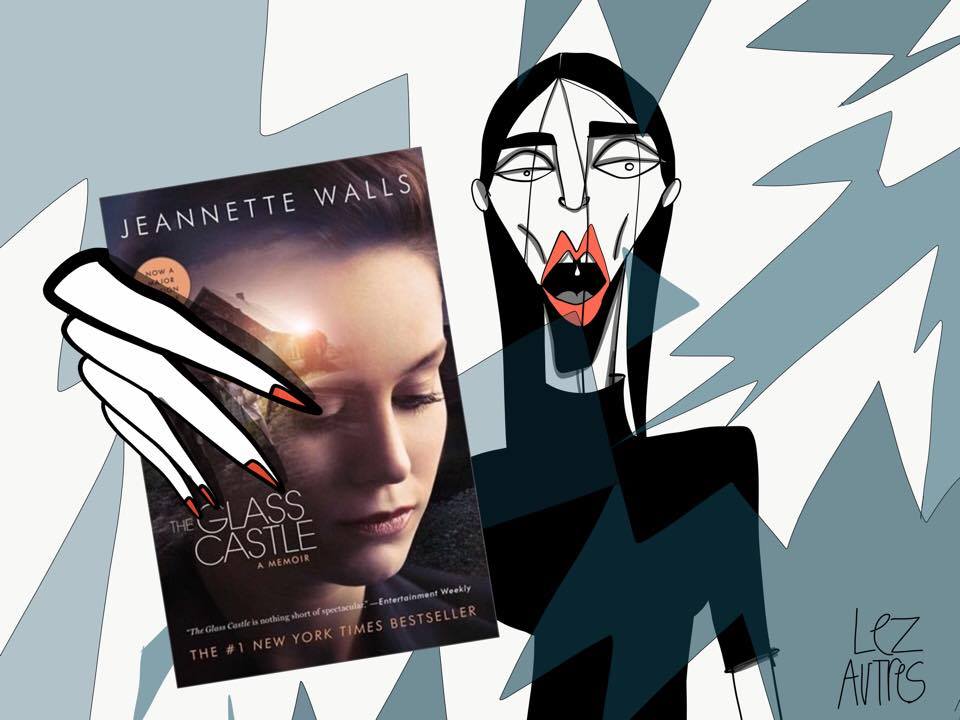 A Stranger In The House

A Stranger in the House, the latest from Shari Lapena – her debut novel The Couple Next Door was a runaway bestseller last year – is a plot-twisty thriller with all the right ingredients for an easy summer read: secrets, lies, suspense and suspicion – and a payout you won’t see coming – yay!

Karen Krupp races out of an abandoned restaurant in a sketchy part of town, leaps into her car and takes off at breakneck speed. She crashes into a pole, is taken to hospital with a concussion, and remembers nothing that happened that night.

Her husband Tom arrives home to no Karen – she left without her cell phone or handbag and that’s plain weird.

The cops discover a dead body in the restaurant. The detectives are pretty sure Brenda’s the killer.

Tom and Brenda’s neighbor and best friend Brigid, are pretty sure she isn’t.

And we’re pretty sure no one is telling the truth.

OK, A Stranger in the House is not high lit. The characters are made-for-TV predictable, and the amnesia plot device is kinda lame but there are enough twists to keep you turning the page and in my books, that makes it perfect to pop into your beach bag or backpack. 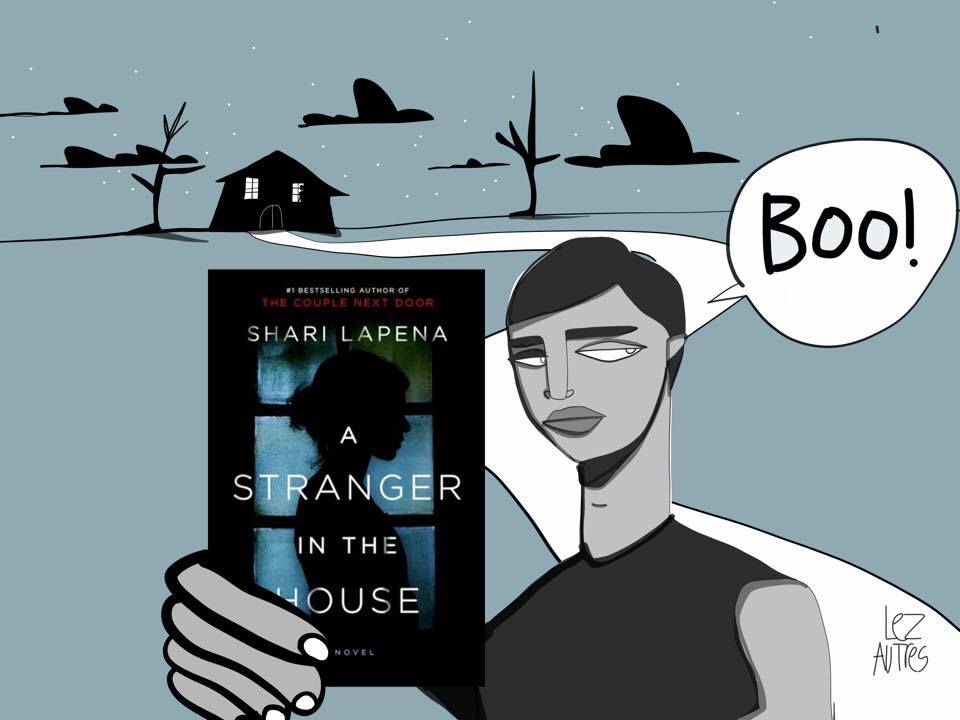