Despite a sorta messed up start to spring, the crocuses are blooming in my front yard, I spotted a fat robin pulling an equally porky worm out of the garden and you can smell the earth – OK that sounds weird, but you know what I mean.

It’s the season of rebirth and renewal – and if you’re considering a little personal rejuvenation, I have a couple of awesome just-do-it books to suggest. 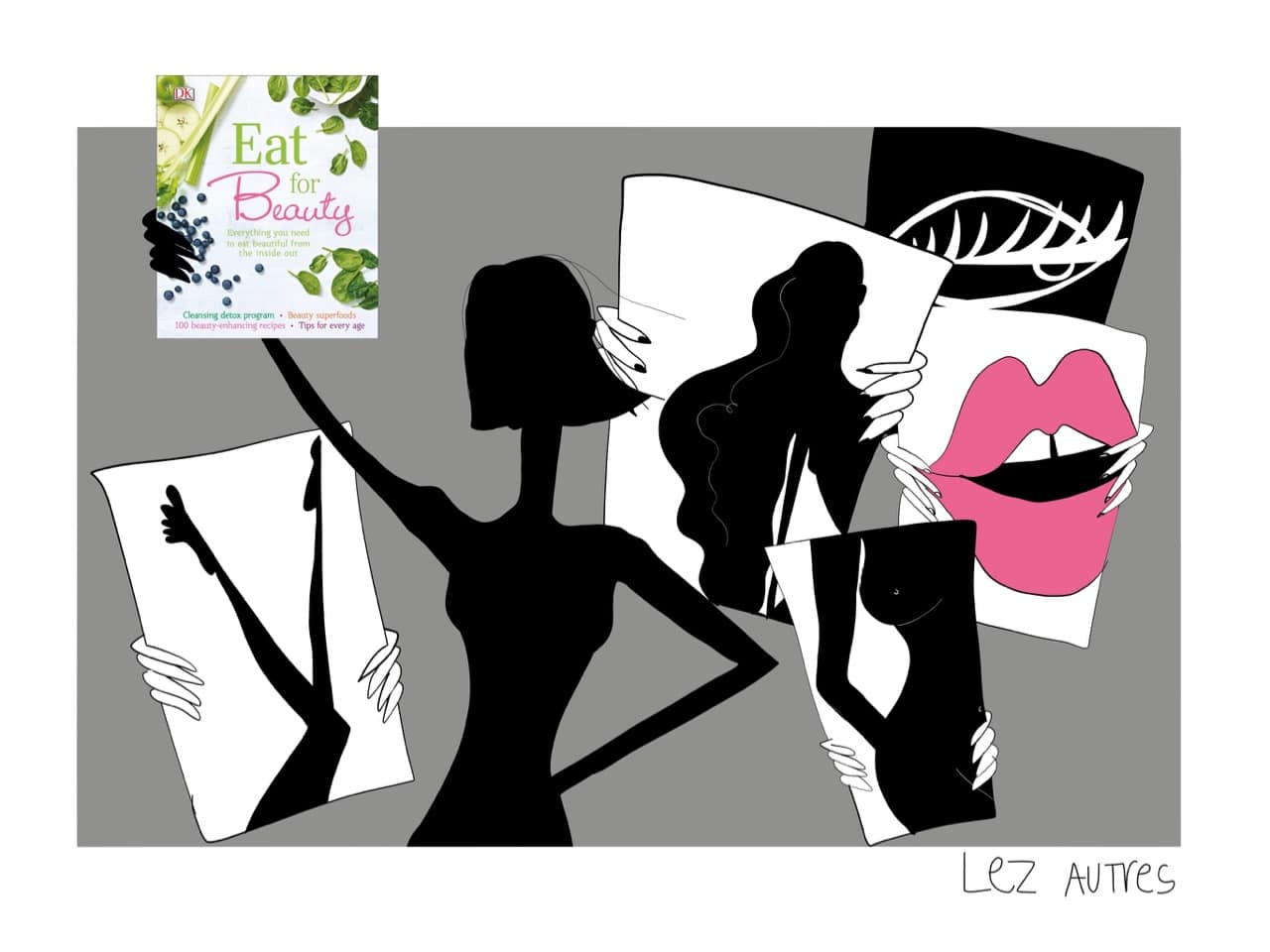 Eat for Beauty (DK Publishing, 2017), is a beauty-boost bible packed with more than 100 beauty-enhancing recipes plus a kick-start two-week detox plan that promises to deliver a jolty beauty recharge.

Five chapters cover face, body, hair, hands and feet, and mouth, and each is organized by problem/solution with lots of Quick Fix boxes – this one-size-fits-all fix is delish: to hydrate and nurture skin buzz up a smoothie with a banana, handful each of blueberries and red currants and one-and-a-quarter cups of coconut water, and bonus: a week-long meal planner.

I told you this was your go-to beauty bible right? So of course you’ll find nutrient-packed recipes targeting specific beauty challenges but frankly, I’ve been cooking from them willy-nilly for a top-to-toe beauty redo. But really it’s because because they’re pretty scrumptious. Three new go-to’s: Black Lentil and Coconut Curry (anti-inflammatory), Roasted Broccoli and Cauliflower with Couscous (antioxidant), Polenta with Grilled Vegetables (rejuvenates).

So you could spend your income tax return on Botox, fillers and a bunch of facials (not getting judge-y here). Or you could try this beauty-from-the-inside-out formula. And buy new shoes instead. Just sayin’. 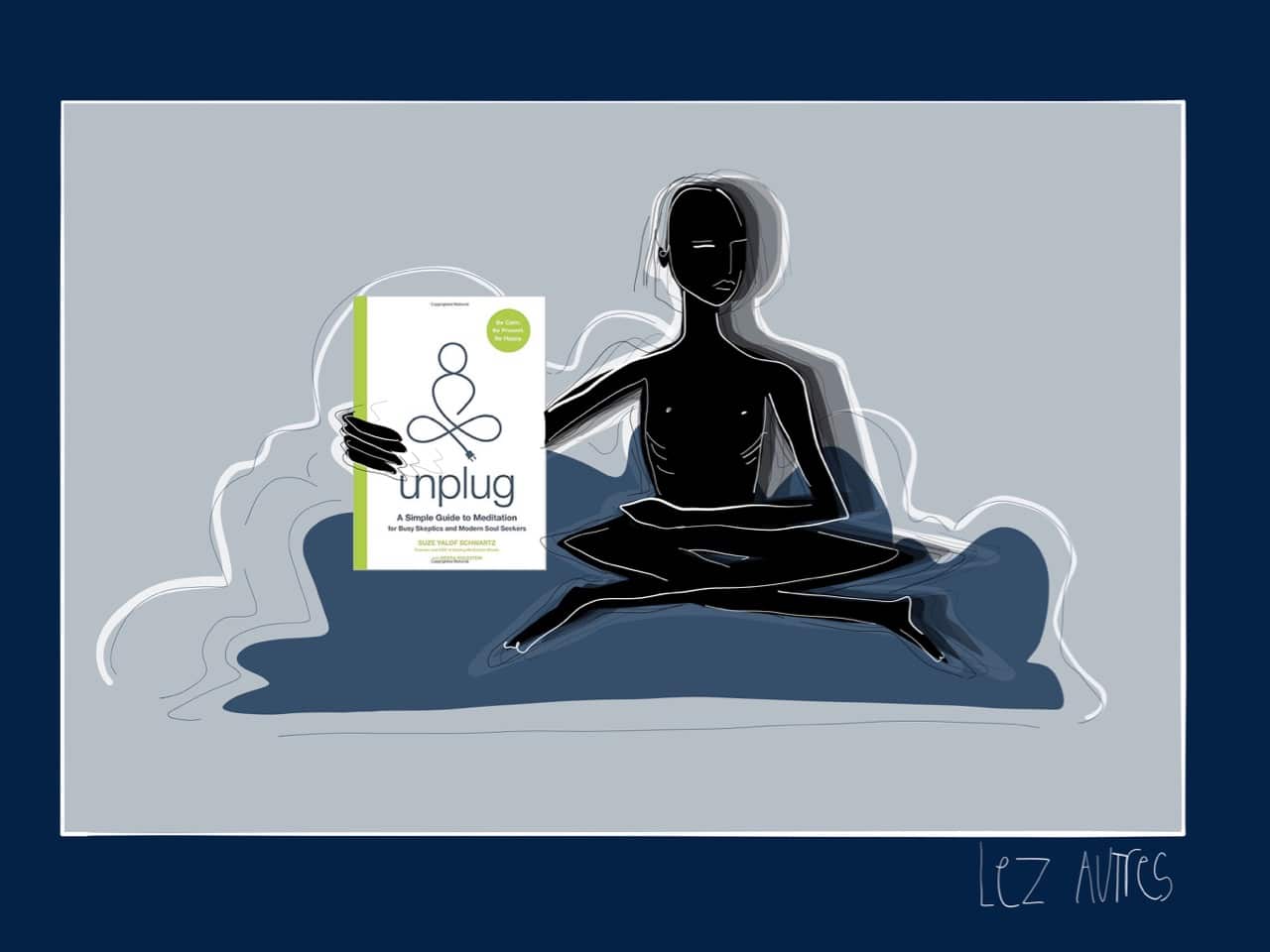 Life couldn’t get more slammed, am I right? Science says meditation is a primo stress buster but seriously, who has the time? Well, since we’re on a beauty blast here: according to Unplug author Suze Yalof Schwartz, founder and CEO of Unplug Meditation Studio in LA, meditation is the best kept beauty secret ever – and you do have time.

Beauty used to be Schwartz’s business so she should know what she’s talking about; she spent two decades at Vogue, Elle, Marie Claire and eventually at Glamour (she covered the Do’s and Don’ts column – loved it). Her inspiration for Unplug? Salons like Blo – you walk in feeling crappy and 30 minutes you swan out feeling fabulous.

Unplug’s approach to meditation is simple and straight forward which is its appeal to those of us who think we don’t have time, or can’t sit still or . . . you know . . .

Schwartz reels you in by sharing meditation’s life-changing benefits backed up by science and research, promising you’ll be happier, healthier and more beautiful.

AND – here’s the kicker – all you need to invest is 20 minutes a day. Still sitting o the fence? No excuses: Schwartz gives you everything you need to know to meditate like a pro – how, when, where to sit, how to manage those random thoughts, plus 15 daily meditation guides including tips and real life advice.

OK, so now that you’re all over rejuvenated I expect you’re ready for a little escape. Me too. 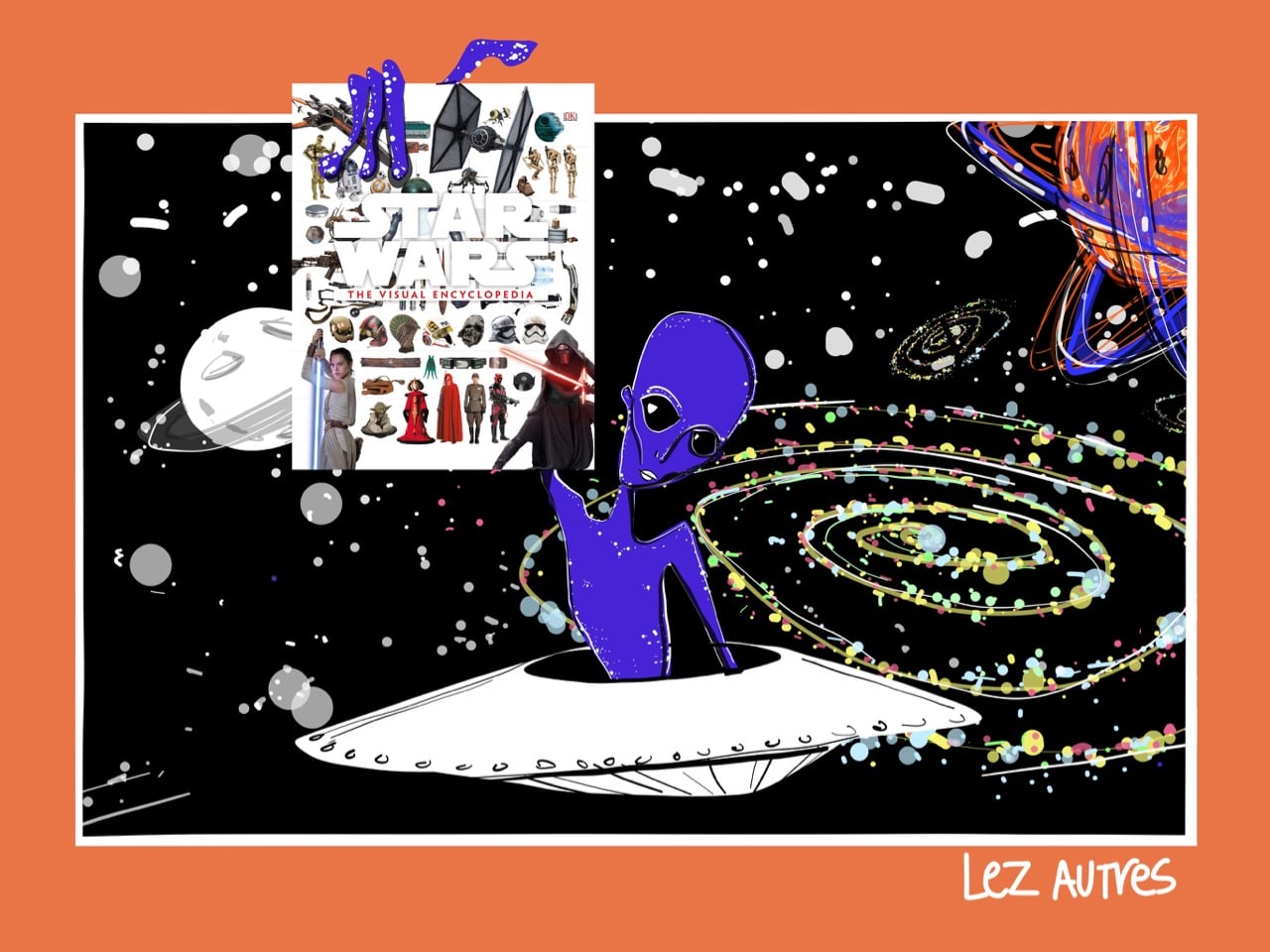 Star Wars: The Visual Encyclopedia (DK Publishing, 2017) is a breathtaking tour of the Star Wars world – geography, nature, history, culture, and science and technology. Like the galaxy far, far away is real. As in an actual place.

The book features thousands of objects inspired by our world but belonging exclusively to Star Wars. And you will be pretty much gob smacked. Referencing both the movies and TV series this big, lush and totally engrossing print “museum” showcases more than 2,500 characters, creatures, planets, vehicles, Droids, weapons, technology, and more from the Star Wars universe.

Remember those Rathtars? Butt-ugly and uber-nasty meat eaters that looked a lot like octopi? Rathtars, I learned, along with other tentacled creepy things including Blixus, Vixus and Sarlaac, are native to different planets but share a common ancestor. Then, the handy in-depth analysis box (you’ll find them in most sections) explains that the Sarlaac is the largest and least mobile of the lot. Like an iceberg, most of it lies beneath the water surface and thanks to weak stomach acids indigestion is a long – and for its prey, painful – process. They don’t move very quickly; that’s why a bunch of them were injured when Jabba the Hutt’s sail barge exploded nearby. Who knew?

Full confession: I’m not a flat out Star Wars aficionado. But this book speaks to the genius of the franchise in making fantasy feel like real life – and I loved it. 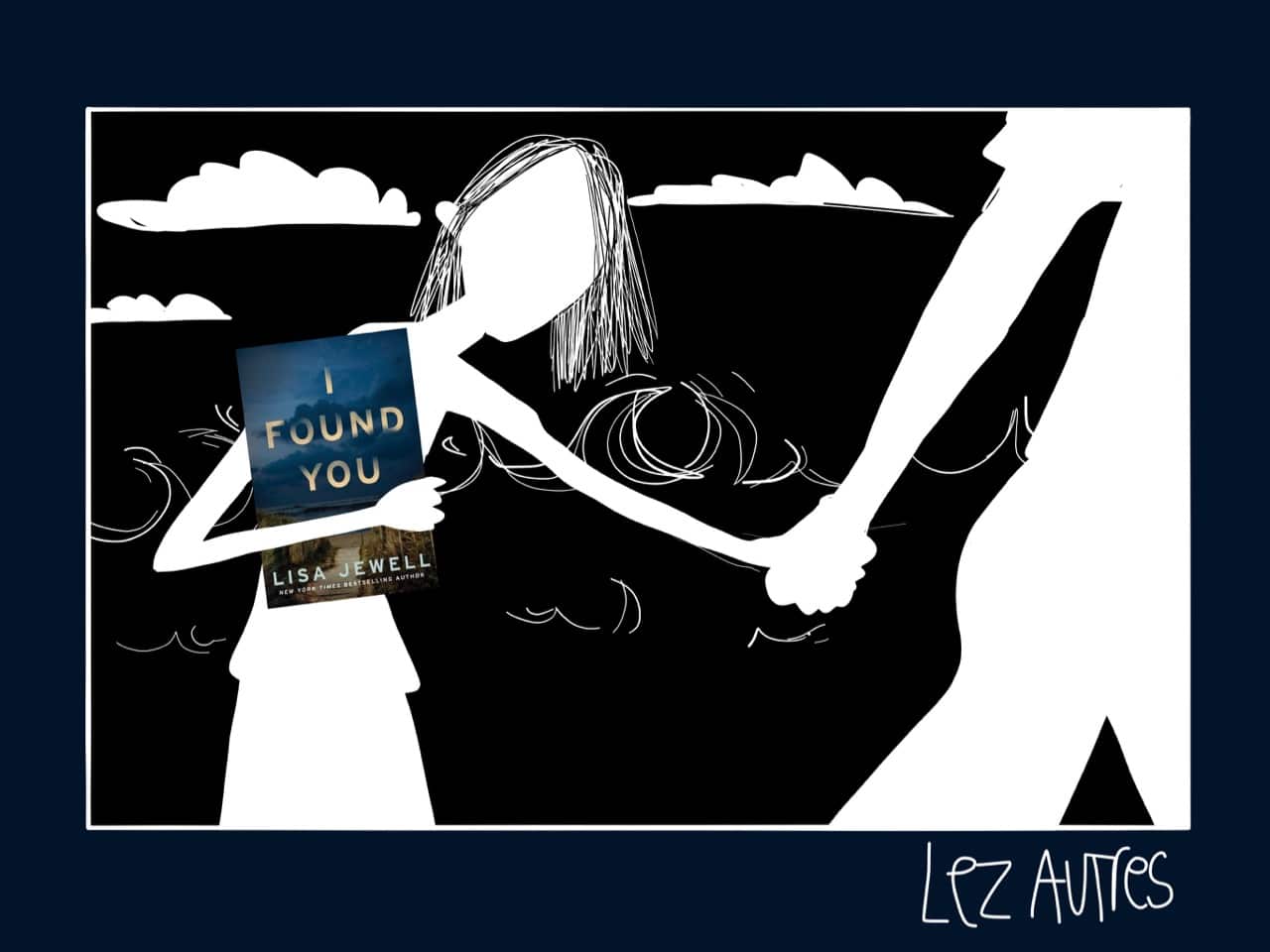 I Found You, the latest from Lisa Jewell, New York Times best-selling author, is not high art, but it is just the sort of can’t-put-down page-turner I can’t resist.

Single mom Alice finds a man sitting in the rain on the beach outside the small town in northern England where she lives with her three children. He has no memory of who is, where he comes from or why he’s there. The kids name him Frank; Alice invites him to stay in the shed behind her house and sets out to help him find himself. Town tongues wag.

In London, Lily, who has just arrived with her new husband – they met and married in Ukraine – panics when he fails to return home from work. She calls the police and as they investigate, they discover that her husband’s passport is fake. Who is he?

These two concurrent stories are interwoven with a story set in 1993: a family’s annual holiday to Ridinghouse Bay, where Alice now lives, that turns horribly wrong.

The characters are engaging, the plot twists are clever and while the end is a little too neatly bow-tied, I Found You is a first-rate escape for a lazy Sunday afternoon. 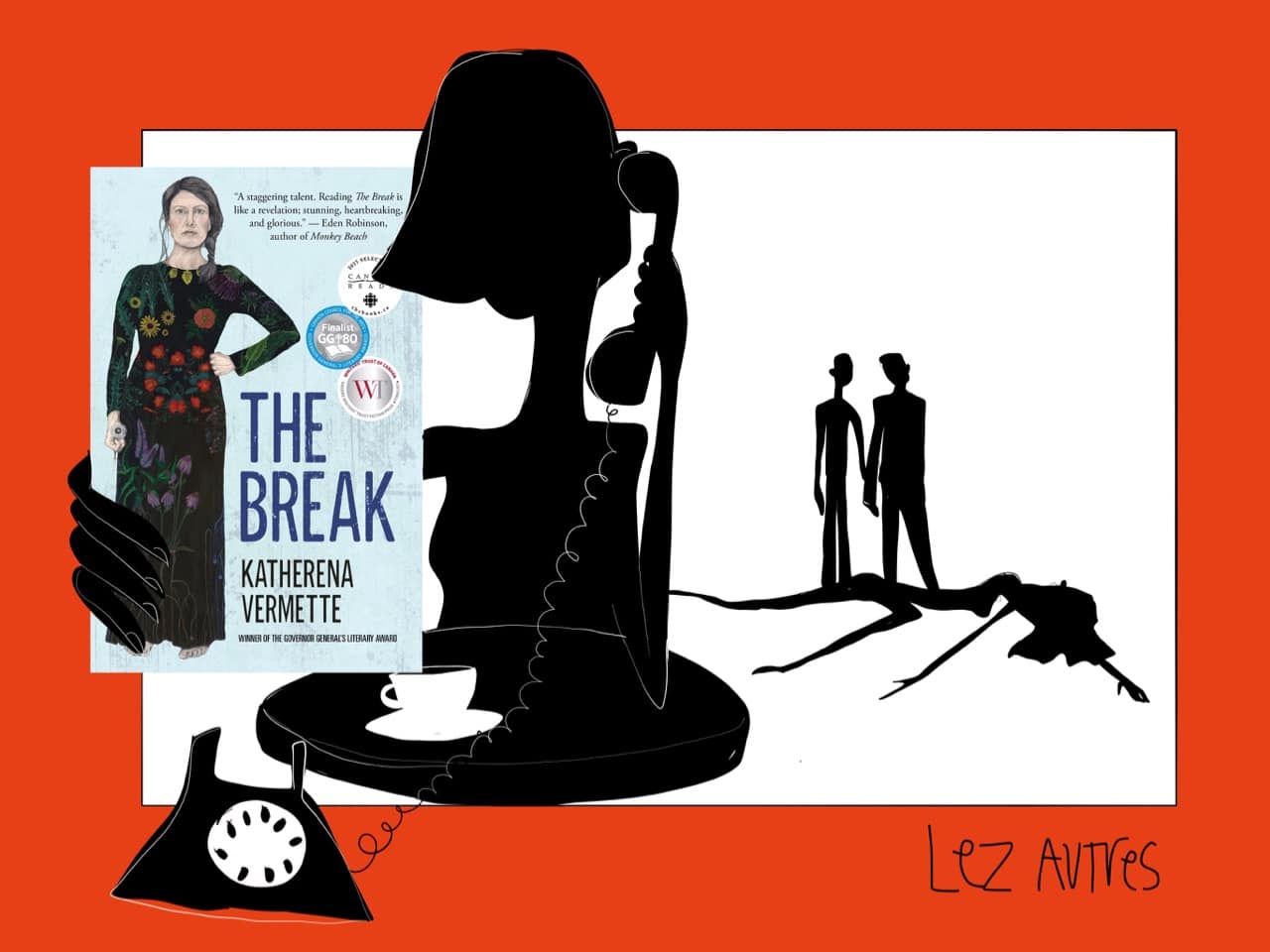 Katherena Vermette’s The Break is a 2017 Canada Reads selection, a Governor General’s Literary Awards finalist and a Writers’ Trust of Canada fiction prize finalist for good reason. It is an astonishingly powerful debut novel.

Stella, a young Metis mom, looks out her window one evening and sees someone in trouble on The Break, an isolated Hydro corridor outside her home in the north end of Winnipeg.

Emily, a 13-year-old Metis girl, is being raped. Terrified, Stella calls the police – and sets in motion a story of family, forgiveness, hope and redemption.

The story is told from the perspective of 10 characters, some alive and some dead, girls, women and one man, the Metis office who arrives when Stella calls – and who refuses to skate the brutal assault.

Seven of the novel’s voices are family, although they have not all kept in touch. But Emily’s assault and struggle to heal brings them together in a circle of sisterhood that sometimes opens its own wounds – but also, sometimes, offers forgiveness.

Be forewarned: the book carries a Trigger Warning. “This book is about recovering and healing from violence. Contains scenes of sexual and physical violence, and depictions of vicarious trauma.”

Which is true. But I think the story’s gritty and often heartbreaking plot also explores the women’s strength and courage, and despite their fears and low self-esteem, a flat out refusal to blame, cry poor me and most important – to give in.

Vermette comes to her story with lived experience. A Metis, she grew up in Winnipeg’s North End so it’s no wonder that character development, dialogue and narrative read real. I could not put this book down.