Situated on the edges of Toronto’s Gay Village, Buddies in Bad Times Theatre is the world’s largest and longest-running queer theatre. Buddies is well known for presenting and developing theatre that celebrates people’s differences and gives voice to stories that defy sexual and cultural norms. The theatre has teamed up with lemonTree creations, a Toronto-based theatre company that has explored the dynamics of sexuality and personal identity through art since its creation in 2007, to co-produce the upcoming new play Body Politic by Nick Green.

I sat down with lemonTree’s Artistic Producer Indrit Kasapi, and Body Politic playwright Nick Green to chat about the development of the show, the history of The Body Politic, and its impact on today’s queer world. We met one lovely Saturday afternoon in a quaint rehearsal space on Queen West, where the cast would soon be arriving to begin a read-through. 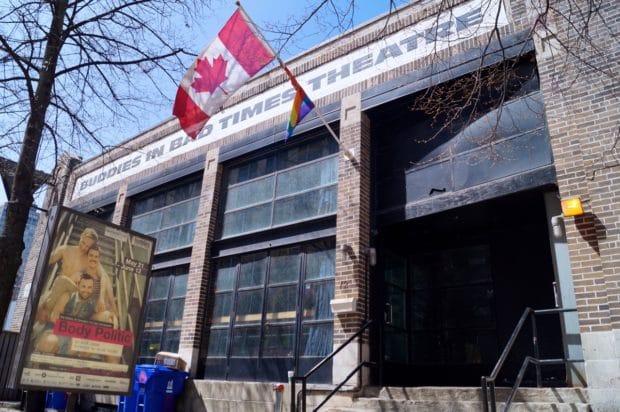 The Body Politic, published between 1971-1987, was Canada’s first gay newspaper. A critical piece of history within Toronto’s LGBT community, the paper was present during and publicized key points of gay history over its lifespan, including bathhouse police raids and the beginning of the HIV/AIDS crisis.

The play, finally coming to the stage five years after Kasapi first pitched the idea to Green on the patio of O’Grady’s in The Village, tells the story of the publication as it traverses through some of those critical points in queer history.

During our conversation, Green explained the process behind the creation and writing of the show, including his time spent reviewing the archived published material and getting to meet and converse with numerous members of the paper’s collective. 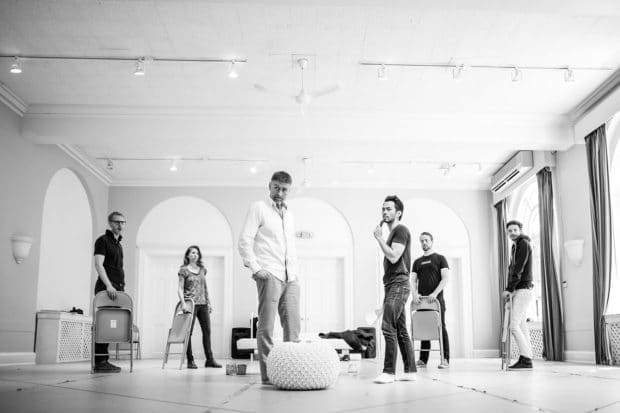 Framed around an intergenerational conversation of a former collective member and a young gay man in modern day, the play also provides opportunities to reflect on where the queer community occupies in the world today and how members of the community relate to one another, they explained.

“The play is as much about the collective as well as about today’s world. I think it answers those questions of what was part of the history but also why is the story important today,” Kasapi said.

Throughout our conversation, it became very clear to me that this play was very much about promoting and championing the hard work done during a momentous period of time, and presenting the story at a critical point where there’s a real thirst in our community for learning more about our history. But don’t expect just a history lesson. Green was quick to add there’s lots of laughs and sexuality along the way.

As the actors in the show began trickling in to begin their rehearsal, I wanted to ask one final question before wrapping up our conversation; why does this story need to be told and seen? 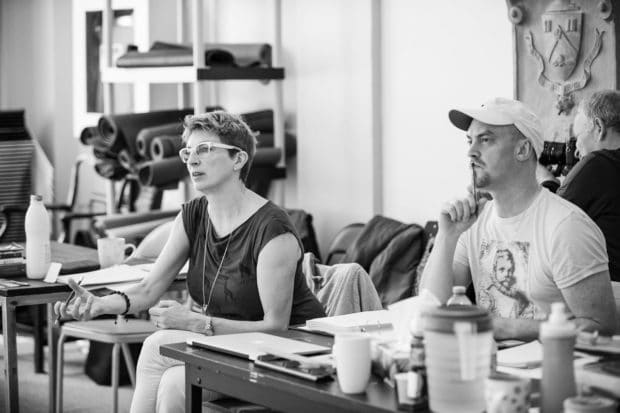 “There’s so much history that we never talk about. I just felt like it was our responsibility as a company that does queer work to commission something like this and put it on stage,” Indrit shared. “The work that the collective did is fascinating. It has brought us, in a way, to where we are today as a community.”

Green added that he hopes the play opens up an intergenerational conversation between younger and older gay people in order to provide a greater perspective on the accomplishments made by previous generations. “There’s a generation of queer people growing up who realize that we lost a lot of our ancestors and story tellers to AIDS and that the time is now to bring our history to the forefront and start appreciating it a lot more.”

As a young gay man myself, I couldn’t agree more.